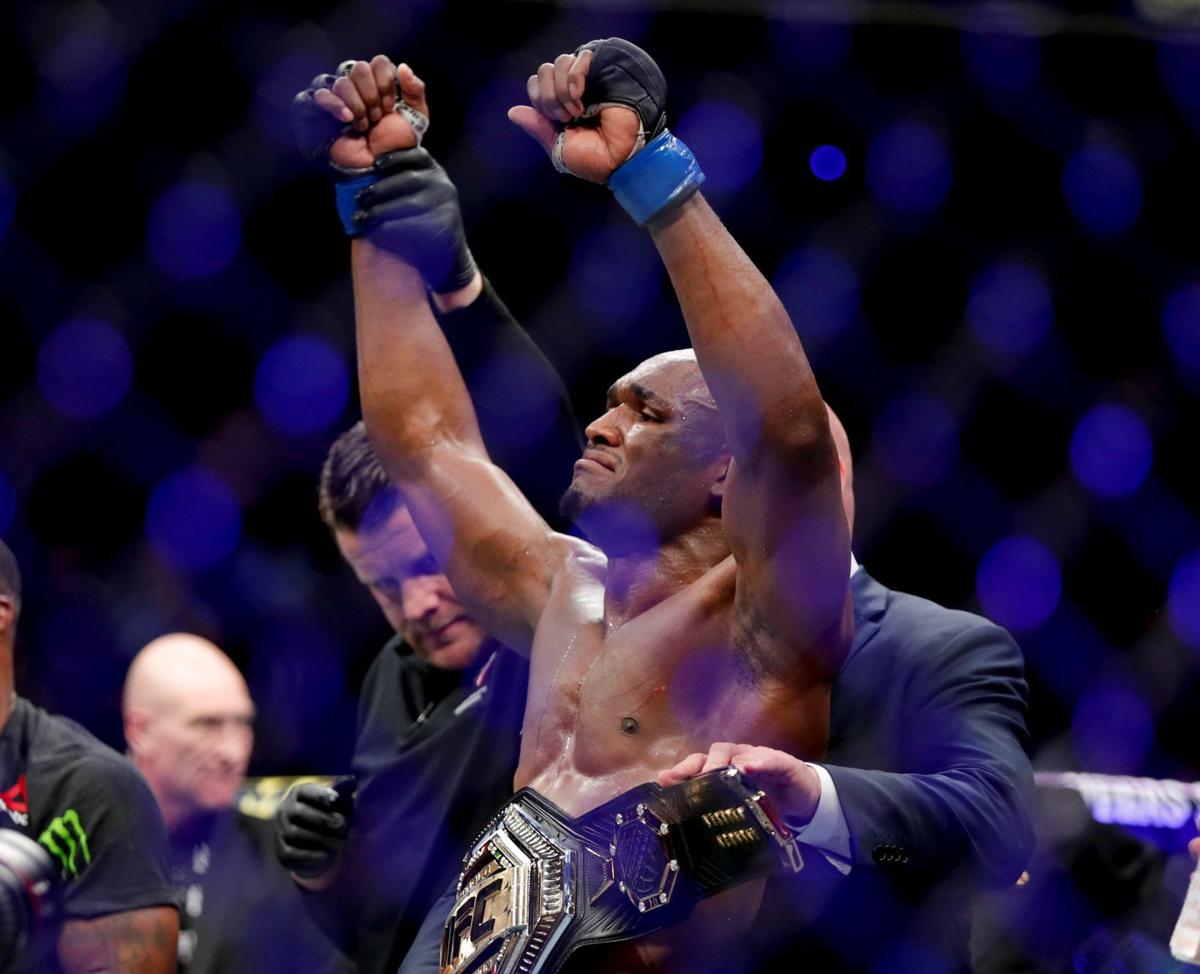 Kamaru Usman, who wrestled at Nebraska-Kearney, celebrates after his win against Tyron Woodley in a welterweight mixed martial arts title fight at UFC 235 in 2019. 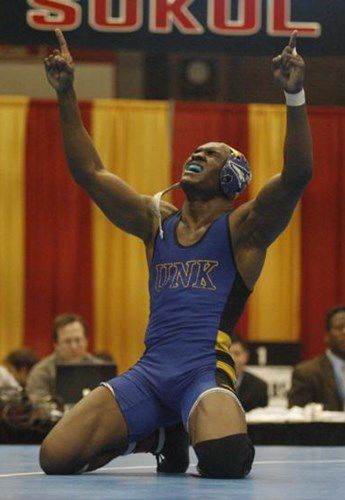 Kamaru Usman was an All-American wrestler at Nebraska-Kearney.

Nearly a decade ago, before Kamaru Usman became the current UFC welterweight champion, he lived in a different world.

Usman will defend his title against Jorge Masvidal on Saturday at UFC 251 in the first event at UFC Fight Island on Yas Island, Abu Dhabi.

The native of Auchi, Nigeria, helped put the University of Nebraska-Kearney wrestling team on the map, but it was a long road to get there. Usman, who went by Marty at the time, finished wrestling as a two-time national finalist for the Lopers and won the 174-pound national championship in 2010. He was a three-time Division II All-American for the Lopers. As a sophomore in 2008 he helped give UNK their first wrestling national championship.

It was a former Loper and wrestler, Tervel Dlagnev, that put the word in about Usman to Marc Bauer, who was the UNK wrestling head coach at the time and now serves as the school's athletic director. Dlagnev's national championship victory at 285 pounds sealed UNK's national title.

“Tervel Dlagnev was a Bulgarian kid who ended up coming to our program,” Bauer said. “He was on Marty's team. He knew (Kamaru) from summer wrestling and had represented Texas on Texas teams together.

But before Usman made his way from Bowie High School in Arlington, Texas, to Kearney, Usman was forced to wrestle elsewhere due to a scholarship change in Nebraska.

Usman then made the trek through the NAIA route to William Penn in Iowa and qualified for the national tournament in 2007 as a freshman. But Usman's journey took another turn.

Half of William Penn's returning national qualifiers left for the tournament early including their head coach, with Usman left behind. A snowstorm hit and Usman and the rest of his teammates could not make the tournament, and Usman's journey to Nebraska-Kearney began.

“(Kamaru) was furious,” Bauer said. “His high school club coach contacted me and said, 'Kamaru was out of there, he's leaving, is there any way you can get him back to your school?'

“We ended up getting the nonresidential scholarship, because when he transferred here his GPA was really good.”

Now for Usman, the octagon is his world and Bauer is just watching it.

“I was actually at the national volleyball championships in Denver. Our team made it to the national finals and my photographer and I went out to B-Dubs (Buffalo Wild Wings) to watch Kamaru fight,” Bauer said. “I'm not going to lie to you. The place was packed cheering on Marty, and when he won it the whole place got up and left.

“It's awesome to see. He's got a good following and I know there is always the (trash) talk. You are aware of it, but at the end of the day (Kamaru) toes the line. He's the one that is putting himself out there, and beyond that, he performs. He performs at a high level.”

Kamaru Usman, who won a title with the Lopers in 2010, retained his welterweight title with a smothering victory over challenger Jorge Masvidal.

Kamaru Usman, who wrestled at Nebraska-Kearney, celebrates after his win against Tyron Woodley in a welterweight mixed martial arts title fight at UFC 235 in 2019.

Kamaru Usman was an All-American wrestler at Nebraska-Kearney.