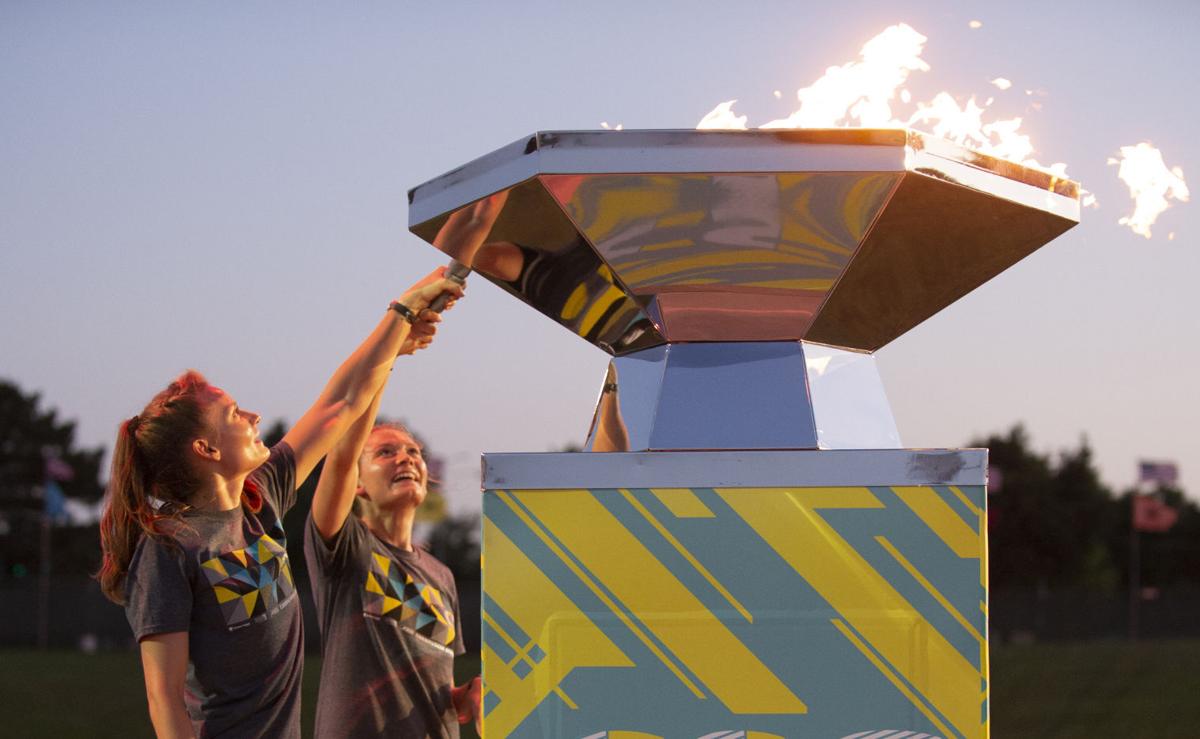 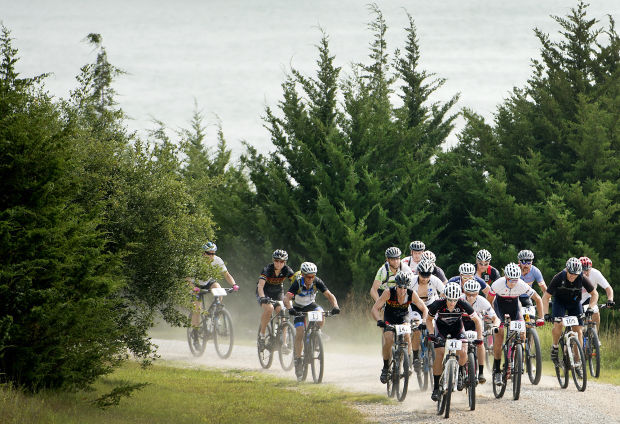 Competitors compete in mountain biking during the 2014 Cornhusker State Games. More than 60 sports are scheduled to run this summer.

There was adult softball in Milford and juniors volleyball in Lincoln, and something caught Dave Mlnarik's attention.

"You can see one of the things that's really, really great is that lots of these folks haven't gotten together for a while," the Nebraska Sports Council executive director said. "That's one of the things about the Cornhusker State Games ... it's kind of a reunion thing.

"But ironically, that's the part that we really have to be careful with."

That's why the Nebraska Sports Council and several committees, with guidance from local health departments, have been putting in a lot of extra time in making sure they can accomplish two goals this year.

One, to maintain the spirit of the annual summer event. And two, to run the State Games in a safe manner for competitors during the COVID-19 pandemic.

The majority of State Games events, including the virtual opening ceremonies, will take place this weekend in Lincoln, Omaha and surrounding communities.

"Obviously, and more importantly to the event, is that it can be done safely and people are not risking any more than you would if you went to the grocery store," Mlnarik said. "In working on that as we've gone along, we've really relied on the health department and they've been great."

Those health precautions have led to some changes. Several sports have been canceled, including baseball, some forms of martial arts and ice hockey. Wrestling has been postponed without a new date.

More than 60 sports will continue as planned, which in terms of planning, has presented the biggest challenge for event coordinators. Committees and leadership groups have worked with the health departments in implementing safety guidelines for each sport.

"When you have the amount of events and the amount of venues between the sports and the differences between the sports, we've really had to pick through it one by one, and we're still doing that," Mlnarik said. "We've gotten everything in place that needs to be in place for this week's competitions, but we're still working on the following weekends, and at the same time really keeping an eye on what's going on."

There is a fan thirst for the return of sports, and in the case of the State Games, a strong interest in competing, a reflection seen in the most recent participation numbers.

As of Wednesday morning, there were 5,157 competitors registered for the Cornhusker State Games. At this time last year, 8,400 competitors were registered, and eventually, more than 10,000 competed.

All things considered, "I'm ecstatic," Mlnarik said of the turnout, which is expected to climb. "I think that's fantastic."

The virtual torch run was a smashing success, Mlnarik added. More than 900 runners participated and each Nebraska county (93 of them) was represented. The opening ceremony, the State Games' signature event, typically takes place at Seacrest Field and includes entertainment acts and the reveal of the mystery torch lighter. This year's opening ceremony is a prepackaged virtual show that will drop on the Cornhusker State Games Facebook page and LNK TV at 7 p.m. Friday.

It will include highlights from previous opening ceremony events and messages from leaders that are encouraging, uplifting and safety-oriented. Of course, it will include the identity of the mystery torch lighter.

Outside those two big changes, not much will look different with the State Games. Admission is free to all events.

"People are used to seeing masks and sanitizer stations and entrances to facilities are one way in, one way out, those kinds of things," Mlnarik said. "But really once the players hit the court, or the floor, or the pitch, or the field, it's game on."

Many states were unable to reach "game on" status this summer, 12 of them canceling their state game events, and seven others doing a small number of virtual-only events.

"The moving around of this virus is inevitable (and) of course we're mitigating the risk in every way possible in these events," he said. "We want to keep people safe, we want them to have some fun, we want them together without the potential drawbacks."

The Nebraska Sports Council has postponed the third annual Nebraska Corporate Games and is rescheduling the event to September dates.

Six outstanding Nebraska athletes, including two from Lincoln, have been named 2019 Cornhusker State Games (CSG) Athletes of the Year in their…

Saturday likely to be hottest day of the year; Lincoln now in heat advisory

If you thought things were hot and sticky Friday, you might want to consider staying inside Saturday.

There is an old fishing adage that says: "If you can read my shirt while fishing, you're fishing too close to me." The State Games took it literally.

Competitors compete in mountain biking during the 2014 Cornhusker State Games. More than 60 sports are scheduled to run this summer.