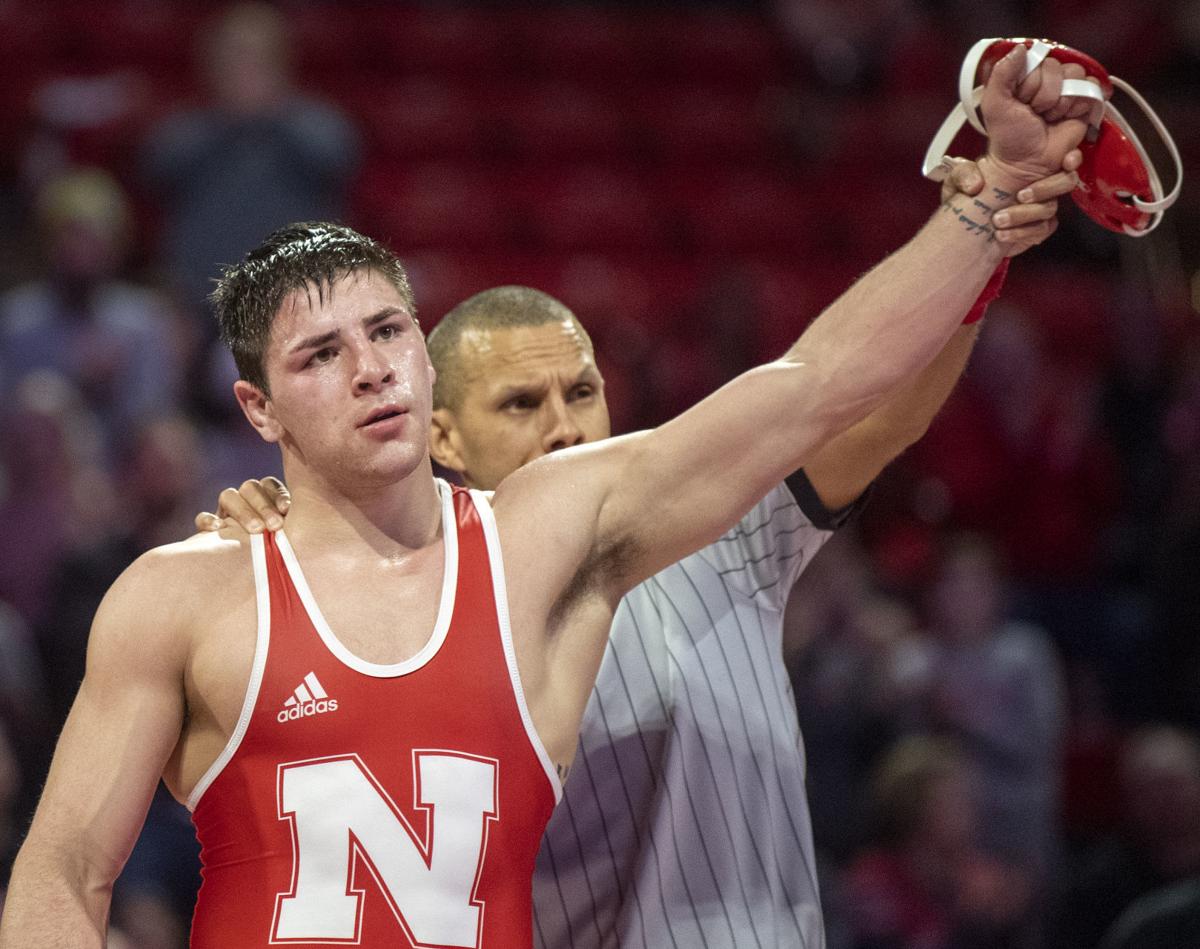 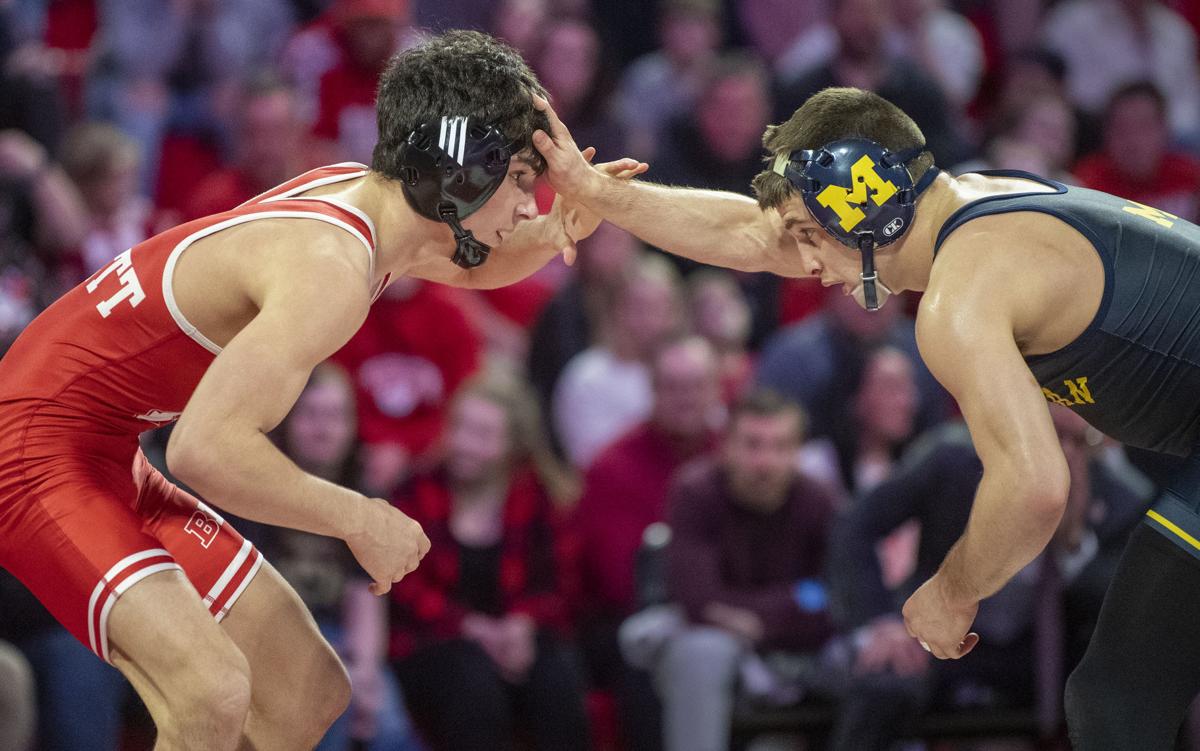 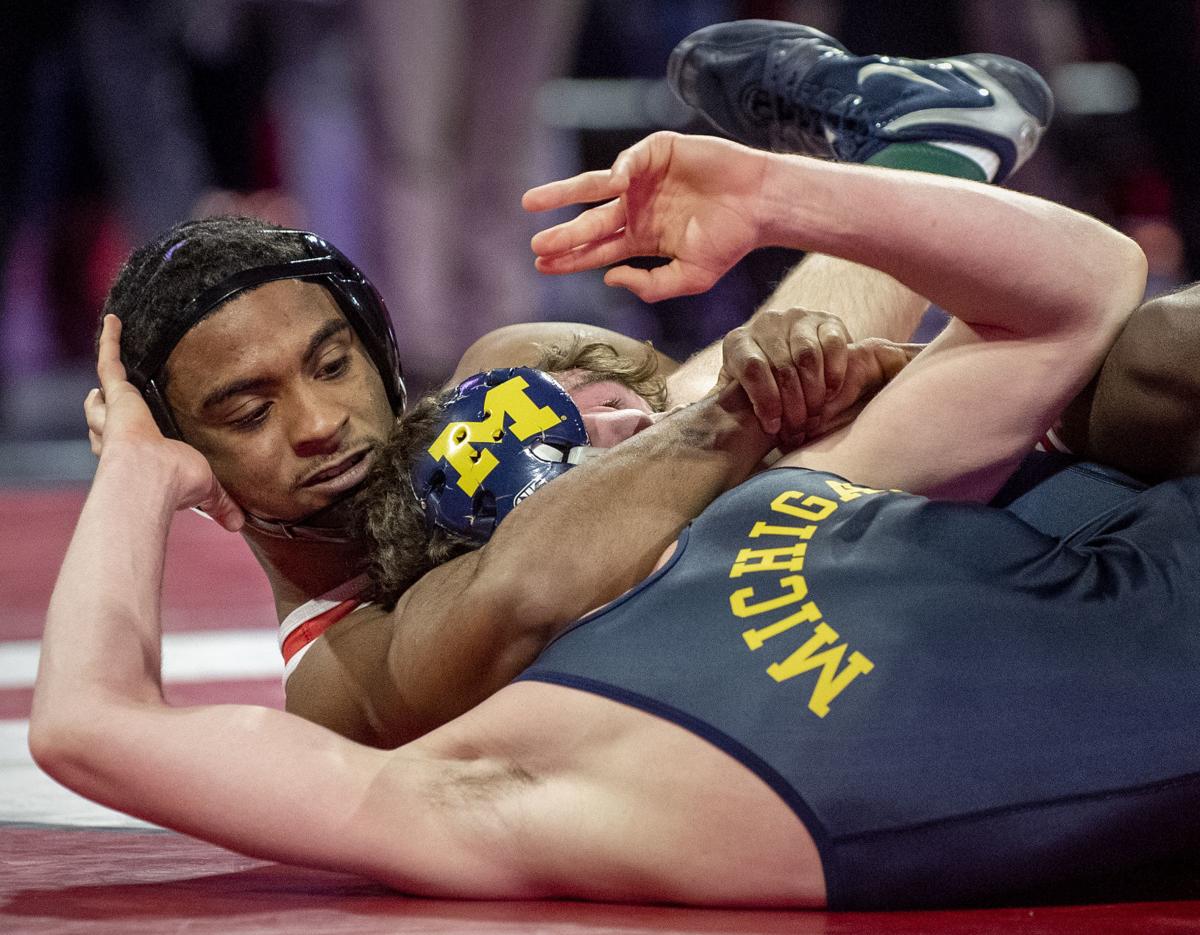 The Nebraska wrestling team can best be described as a brotherhood. That was certainly felt when the No. 4 Huskers honored their seniors while putting together a 25-15 dual win over No. 22 Michigan on Friday night at the Devaney Sports Center.

Nebraska’s show of brotherhood was most evident when Mikey Labriola took the mat at 174 pounds. On the back of his singlet, Labriola wore the name “Ruettiger,” as in senior Kyle Ruettiger. In some way Labriola was honoring him, but it was actually just an accident.

“I didn’t even have my red singlet, I lost it somewhere. I live with him (Ruettiger), he’s my best friend, so he said I could wear it. I was like, 'Dude, I’m stealing your thing, but he didn’t care. So, I grabbed it, wore it and the coaches had no idea,” said Labriola.

Aside from Ruettiger, the senior class as a whole has meant a whole lot to Labriola.

“They mean so much from Isaiah (White) being a workout partner and (you) gain a mentor for life. Just showing me the ways as a freshman, everything has been great, and it sucks because next thing you know they’re gone,” said Labriola.

Nebraska fired out of the gates, nearly getting an upset at 157 pounds. No. 18 Peyton Robb took the initiative against No. 9 Taylor Lewan, taking down Lewan in the opening minute. He extended his lead to 3-1 later in the second period with an escape. After an escape by Lewan in the third period, the Michigan freshman finally took down Robb with 13 seconds left to secure the 4-3 win and deny Robb the upset.

Then came Taylor Venz at 184 pounds, who put together one of his best performances of the season. He was matched against No. 20 Jelani Embree, but the Nebraska junior didn’t make it look like a ranked match. Leading 4-2 after the first period, Venz exploded in the second, accumulating two takedowns and four near fall points to open things up. Venz cruised to a 16-6 win.

Michigan's Mason Parris, No. 2 at 285, made quick work of senior David Jensen with a pin at the 2:01 mark. No. 19 Jack Medley ground out a 6-1 win over Alex Thomsen to make things uncomfortable for Nebraska, cutting the lead to 15-12.

That didn't last long. No. 14 Ridge Lovett at 133 pounds showcased his top game, gaining four near-fall points in the opening period and cruise to an 11-0 win.

Nebraska’s Chad Red extended his recent run of dominate performances at 141 with a pin of Michigan’s Cole Mattin in 52 seconds. It was his third pin in his last four matches. Kanen Storr ended the match at 149 with a 8-5 win over Collin Purinton.

The Huskers finish their regular season with a dual versus Minnesota next Friday at 8 p.m.

The Huskers stayed in the win column with a commanding defeat against the Boilermakers in a Big Ten dual.

The Huskers have won five straight dual meets — and they look to cap the regular season with another triumph against the Golden Gophers.

Eric Schultz is the highest-seeded Husker wrestler heading into this weekend's Big Ten Championships at Rutgers.

The Huskers will have an opportunity to claim a conference championship in the process and qualify wrestlers for the NCAA Tournament.

Eric Schultz was the only one of five Huskers in the semifinals who earned the right to wrestle in Sunday's finals.