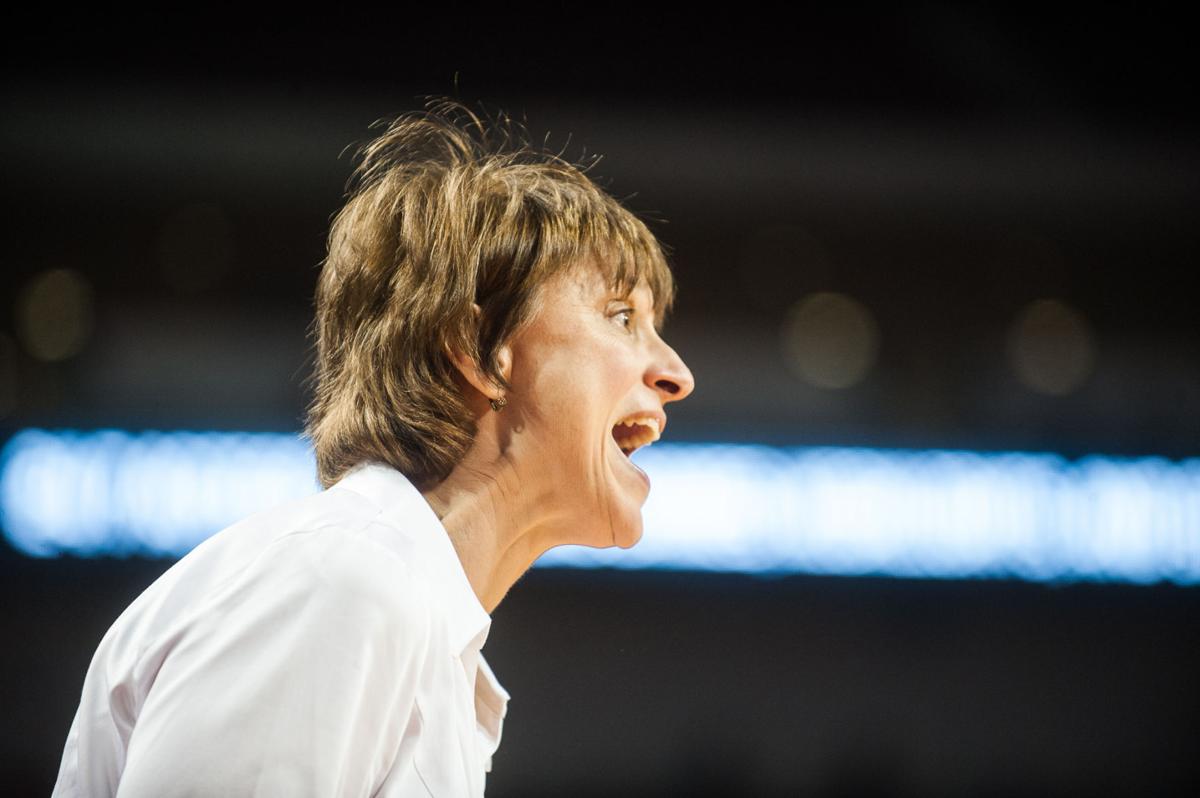 Nebraska coach Connie Yori talks to a referee during the second half on Saturday at Pinnacle Bank Arena. Nebraska defeated Rutgers 65-54 for its third straight victory. 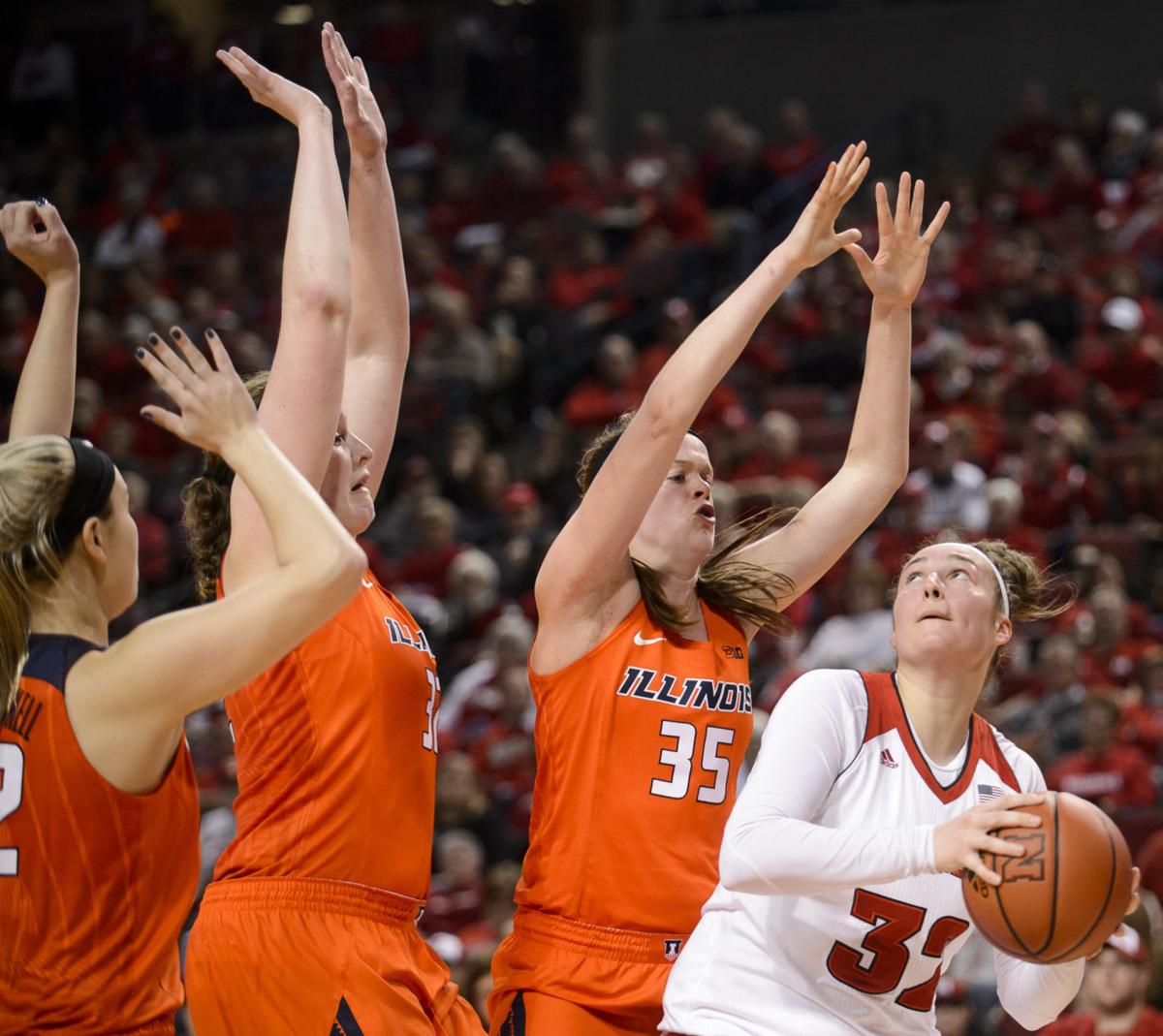 Coaches try many different ways to get a team to practice hard and play hard, but it helps a whole lot when you get the results to back that up.

The Nebraska women’s basketball team has started to get the results with three straight victories following its 0-3 start to Big Ten Conference play.

NU coach Connie Yori said the Huskers have started to play harder and practice harder. With three first-year starters, the players didn’t understand how hard they must practice, Yori said.

“I’ve preached to them, we’ve tried to say it in a nice way, we’ve tried to say it in a more firm way, we’ve tried different methods to try to get kids to play hard, and we just haven’t played as hard as we’d like in our practices,” Yori said. “But I think recently we’ve understood when you start 0-3, I think it all of a sudden hit our players like, ‘Wow, we do have to play harder, and we do have to pay attention to detail and pay attention to scouting reports and have better focus overall,’ and I think that has been the case.”

“Our older players on our team had a better understanding of that, but our younger players didn’t necessarily,” she said. “We took our lumps early. Maybe our nonconference schedule, some of the weaker teams that we played to start, it was almost overconfidence, thinking, ‘Well, this is going to be easy.’ But we have not practiced the way we want to practice until here more recently, and we’ve become a better practicing team.”

Nebraska will have to play well again Wednesday while taking on Purdue, which is tied for first place in the Big Ten with a 5-1 record.

The Huskers’ win streak began with a 73-57 win against Illinois, and the team’s confidence began to grow some more when the Huskers beat Penn State for Nebraska’s first road victory.

The streak reached three with a 65-54 win against Rutgers, a game when Yori said the Huskers played really hard and were willing to make the extra pass to help the team be successful. The Huskers had a season-low five turnovers against Rutgers.

“We’ve played harder than we did earlier in the Big Ten season,” Yori said. “We’ve been more committed to playing defense, and we’ve become a better execution team.”

After the rough start to Big Ten play — even with two of the losses coming against top-15 teams — NU freshman Jessica Shepard said the players knew they had to do a better job of doing what the coaches were asking.

“The last week or two we’ve really tried to focus on what they’re telling us in practice, like going harder in practice, so it can be shorter,” Shepard said. “I think we’re improving in the practice area. There is still a lot of room to grow.”

A look at Wednesday's starting lineups and what to watch when the Huskers meet the Boilermakers.

Nebraska coach Connie Yori talks to a referee during the second half on Saturday at Pinnacle Bank Arena. Nebraska defeated Rutgers 65-54 for its third straight victory.