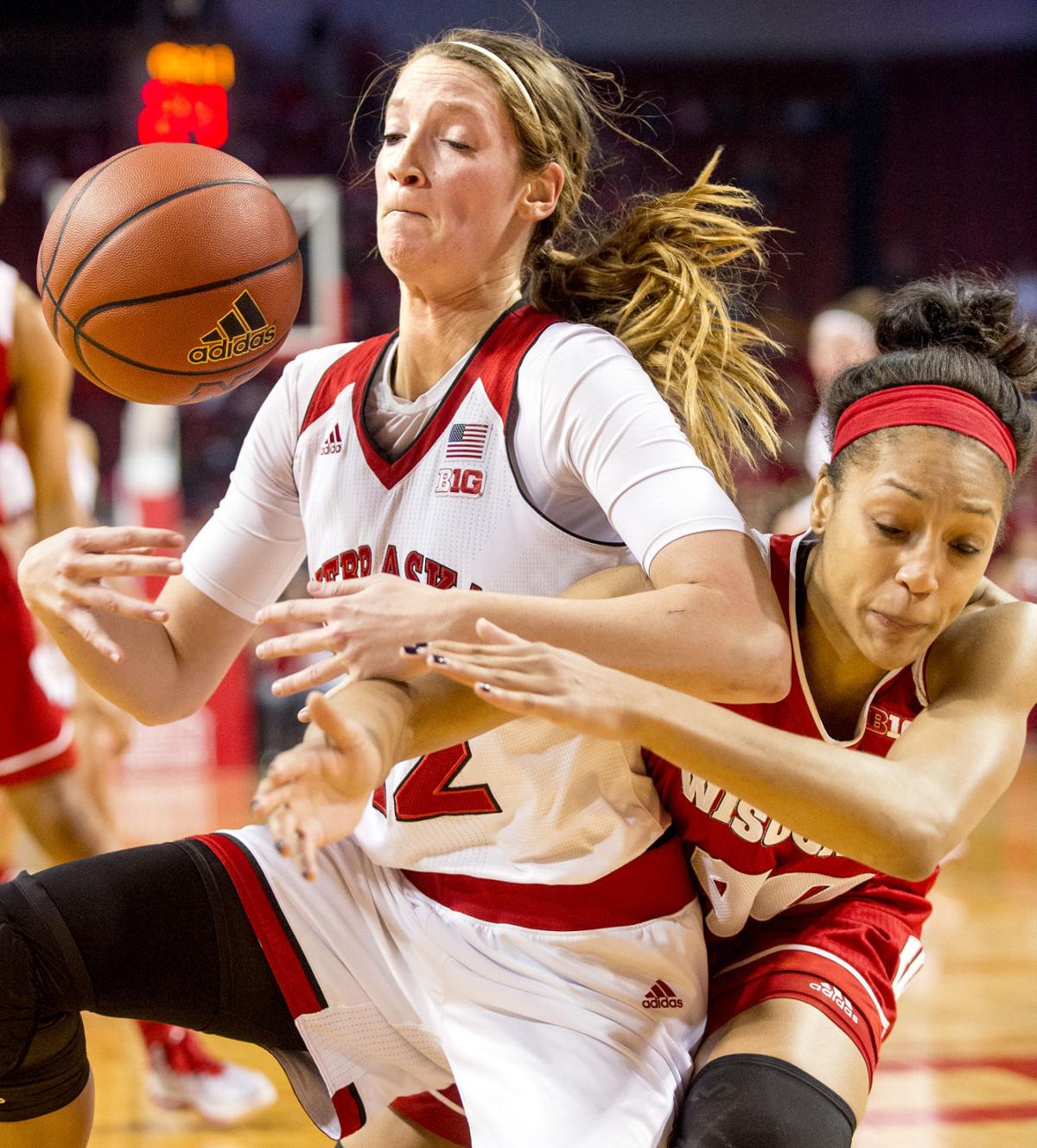 Nebraska center Allie Havers (22) battles for the loose ball with Wisconsin forward Avyanna Young (40) in the second half on Wednesday, Jan. 27, 2016, at Pinnacle Bank Arena. 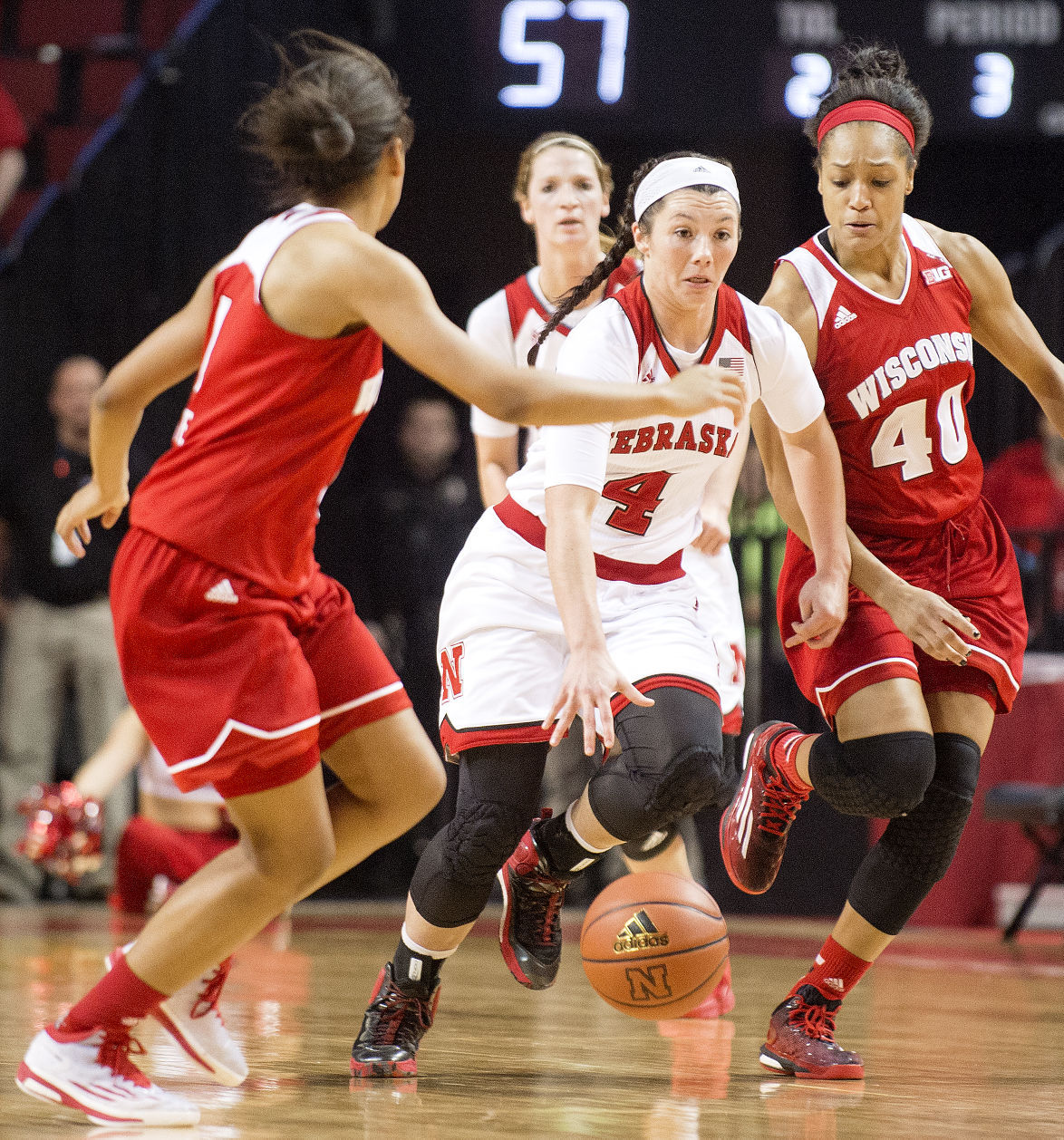 Projections for the NCAA Women's Basketball Tournament should still fall in the way-too-early-to-know category, but Nebraska is back in the conversation. That wasn’t the case three weeks ago, after the Huskers lost their first three conference games.

Two weeks into the conference season, NU was tied for 10th, but now halfway through the league schedule, is in a four-way tie for third with a 6-3 record.

In ESPN's projections for the NCAA Tournament, Nebraska is listed as a No. 12 seed. The Huskers are considered a bubble team, and one of the last four teams in the 64-team field, along with fellow Big Ten teams Iowa and Rutgers. Northwestern is also listed on the bubble as one of the first teams out.

Nebraska’s chances for the postseason will no doubt come down to the finish of the regular season, when the Huskers play some of the top teams in the league, including Ohio State, Michigan State and Purdue.

The Huskers’ strength of schedule is not great, so their RPI is No. 63. It hasn’t helped that two of the teams the Huskers lost to to start the Big Ten season, Iowa and Northwestern, haven’t played as well since.

NU's overall record is 15-5, with nine regular-season games and the Big Ten Tournament remaining. Last season, NU got into the NCAA Tournament for the fourth straight year with 21 wins.

During the Huskers’ current winning streak, junior center Allie Havers said the players have done a better job of handling adversity when it comes in games.

“We started off the (conference) season 0-3 and I think it was kind of a big wake-up call, like, ‘All right, we need to mature on defense and offense,'" Havers said. “Every game is a battle, and when a team really comes together like we do, I really believe that we can come out with a win in any game.”

With eight three-pointers Wednesday against Wisconsin, tying her school record, Nebraska guard Natalie Romeo moved up the list of the best three-point shooters in the country.

Romeo is tied for second in NCAA Division I with 69 three-pointers, trailing only the 71 by Jessica Kovatch of Saint Francis.

NU coach Connie Yori says part of Romeo’s success is because she is a very smart player and has done a better job of reading screens.

“Natalie acts like this little shy kid up here in front of you guys, but she’s a really smart basketball player,” Yori said. “She gets the game and she picks things up very quickly. She came here and I’m not sure she ever had a screen set for her in any game that I ever watched her play, other than a ball screen, so for her to become really good at reading screens is really kind of amazing,  because I don’t know if she ever got a fade screen or a down screen set for her like we set for her. She’s really gotten very good at that.

“It takes everybody to do their part in terms of making the pass and setting good screens, but it also takes somebody reading the screen right, and then that quick release of hers, I think, has gotten quicker as the year has gone on.”

In conference games, Romeo has made 47 percent of her three-pointers (37 of 79).

The Big Ten Network announced its wild-card selections for the weekend of Feb. 20-21. Nebraska will face Purdue at 2 p.m. Feb. 21 on BTN.

The Nebraska women’s basketball team had its six-game win streak end with a 66-56 loss to Rutgers on Saturday in Piscataway, New Jersey.

Natalie Romeo’s extra practice is well known to those around the Nebraska women’s basketball program.

1. Wisconsin has won 13 straight home games against unranked Big Ten teams, and after suffering four Big Ten losses by an average of 3.8 point…

Nebraska center Allie Havers (22) battles for the loose ball with Wisconsin forward Avyanna Young (40) in the second half on Wednesday, Jan. 27, 2016, at Pinnacle Bank Arena. 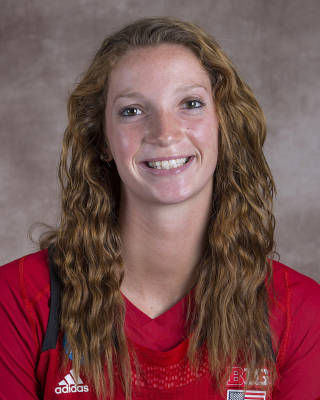