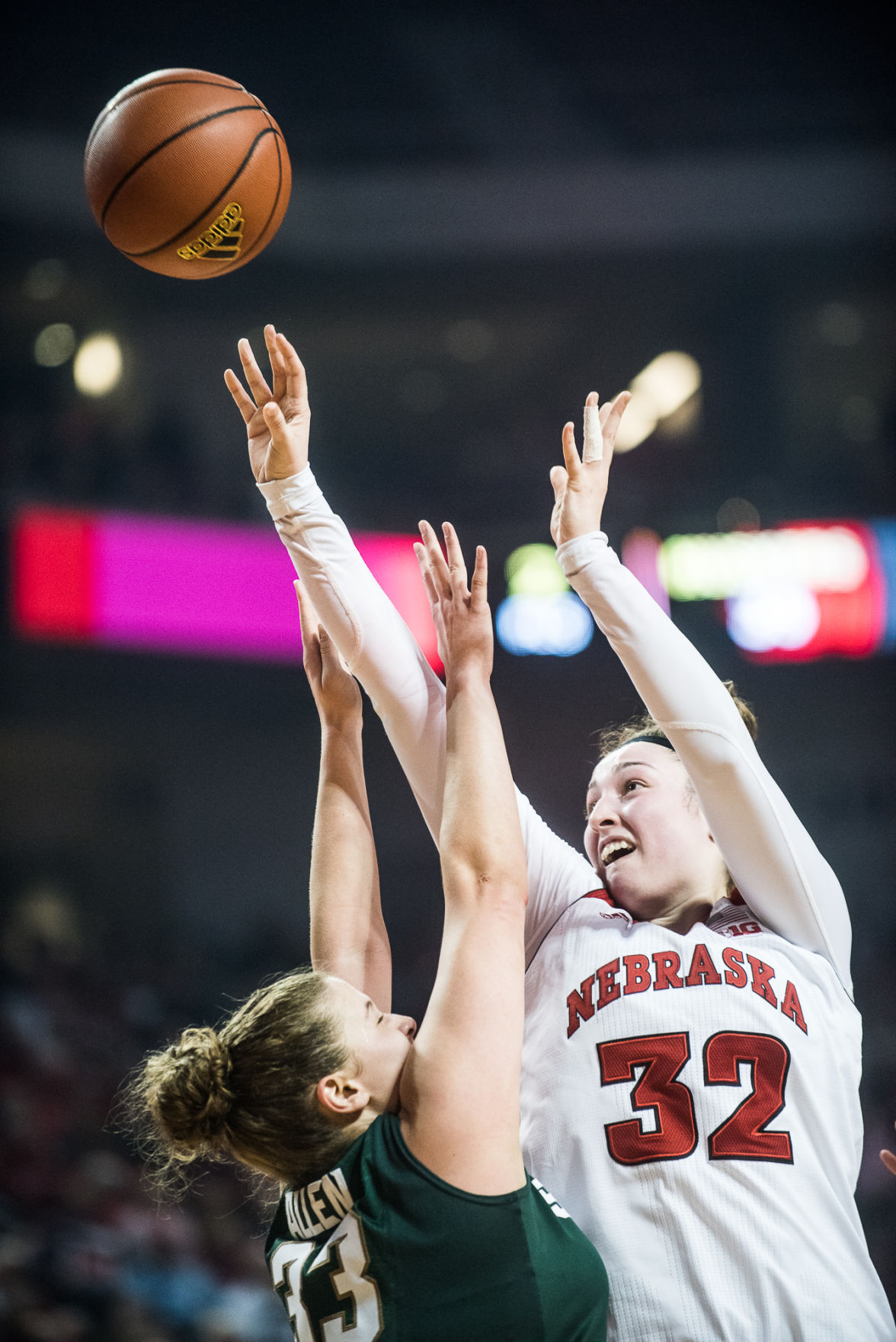 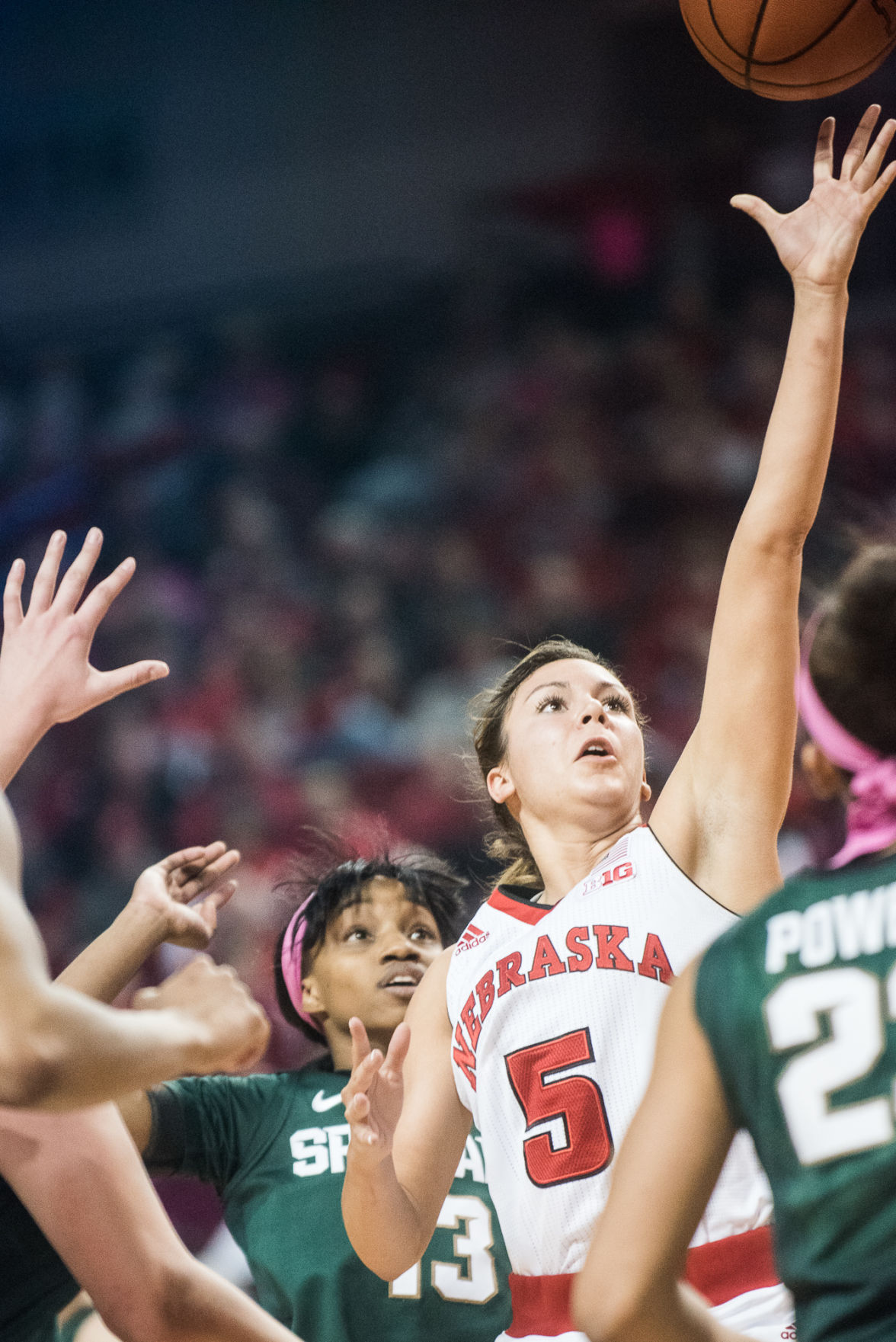 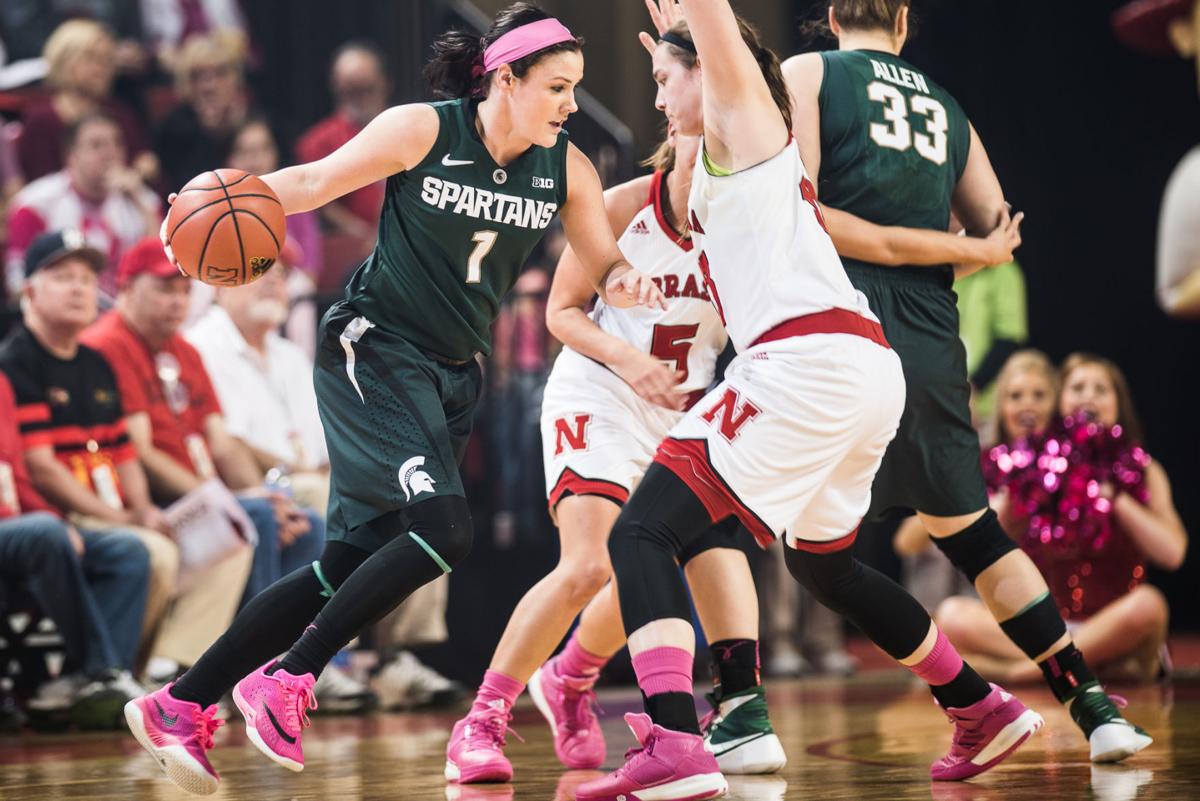 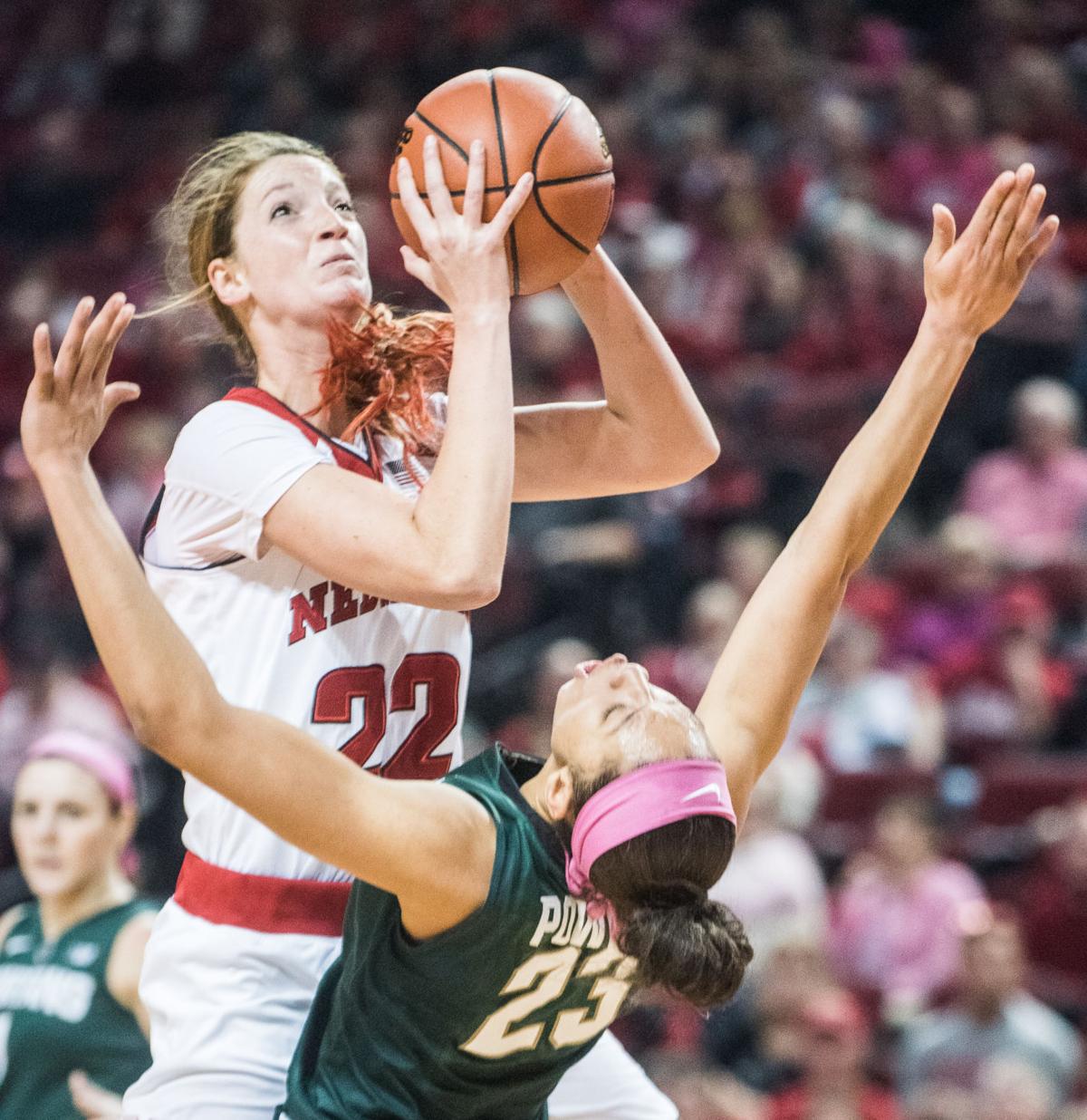 Sunday provided another example of the ever-changing emotions of a college basketball season.

On Thursday, Nebraska got drilled 110-73 at Minnesota in one of the worst losses in program history. Nebraska coach Connie Yori said in that game the Huskers looked like they didn’t want to be there.

Three days later, Nebraska got its best win of the season, defeating No. 17 Michigan State 73-66 in front of a season-best crowd of 8,338 at Pinnacle Bank Arena.

Nebraska got its first win against a ranked team this season, after starting 0-4 against teams in the Associated Press Top 25.

This time, the postgame scene was more jovial, and included NU football coach Mike Riley stopping by the locker room to congratulate the team.

Shepard said the Huskers didn’t want to feel like they did after the Minnesota loss twice in one week.

“So after this game we all got to go in (the locker room) with smiles on our face, and feel good about the way we played, instead of disappointed in ourselves. It was a pretty excited locker room,” Shepard said.

Against Michigan State, the Huskers played with passion and were determined to get defensive stops, Yori said. It’s amazing what happens when you play hard, Yori said.

Shepard was good late in the game as Michigan State star Aerial Powers tried desperately to rally her team in a game that got physical and emotional at the finish. Powers finished with 19 points, after having scored 35 against the Huskers last season. Powers also had eight turnovers.

“I think at that point we just needed to make sure we were getting rebounds and staying composed, because it’s easy to get caught up in the emotions, kind of like (Michigan State) did,” Shepard said. “(Allie Havers) and Rachel Theriot, both as upperclassman, did a really good job of making sure that we didn’t do anything necessarily stupid, so to say, and retaliate to what they were doing.”

Romeo’s scoring was needed, but just as important was her defense. Michigan State guard Tori Jankoska was averaging 15.8 points a game, but with Romeo guarding her, Jankoska’s only basket was a three-pointer in the closing seconds.

Theriot had 12 assists with only two turnovers. Nebraska had 10 turnovers, while helping to force 16.

Nebraska got a lift at the end of the first quarter when Jasmine Cincore made a three-pointer at the buzzer to give Nebraska a 10-9 lead. Cincore scored six points, and did a good job defending Powers, in 26 minutes of play.

“That got us kind of over the hump, and that gave us some momentum going into the second quarter. Our fans were definitely energized by that,” Yori said.

If you're looking for some encouraging numbers that might raise NCAA Tournament hopes for the Nebraska women's basketball team, well, there's this:

Photos: Huskers close out upset of No. 17 Spartans

The Nebraska women's basketball team gave its postseason hopes a shot in the arm with Sunday's 73-66 win over Michigan State at Pinnacle Bank Arena.