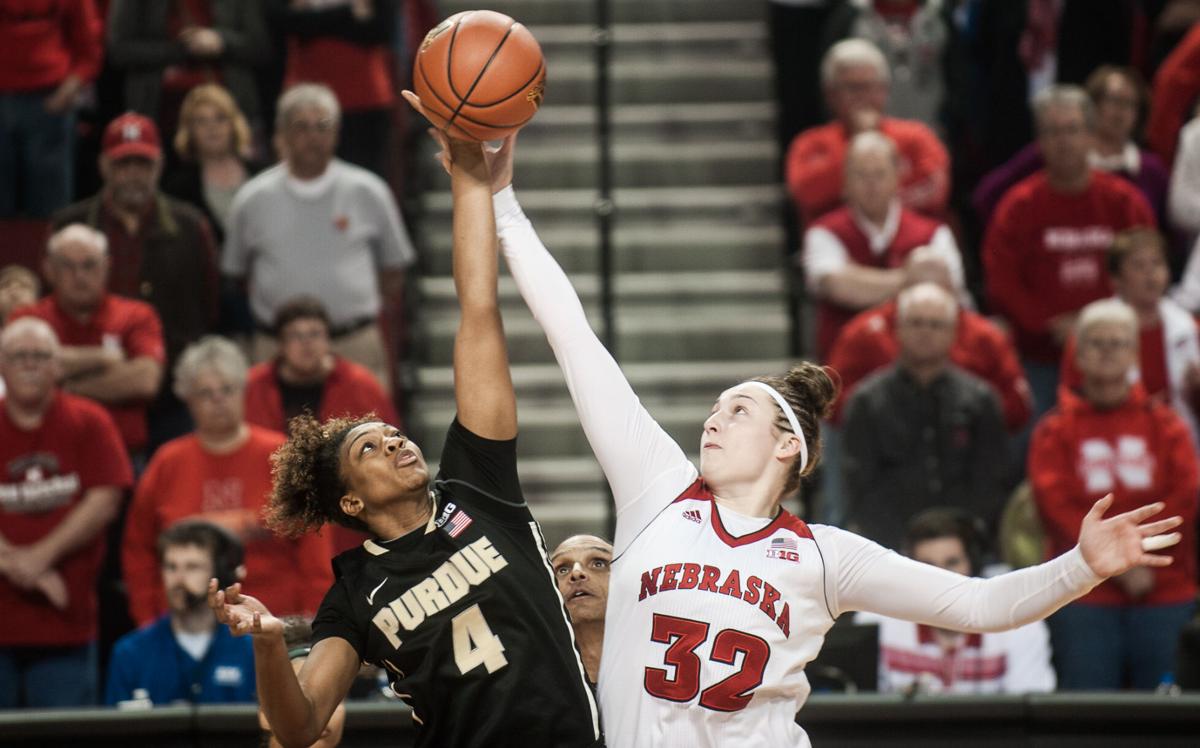 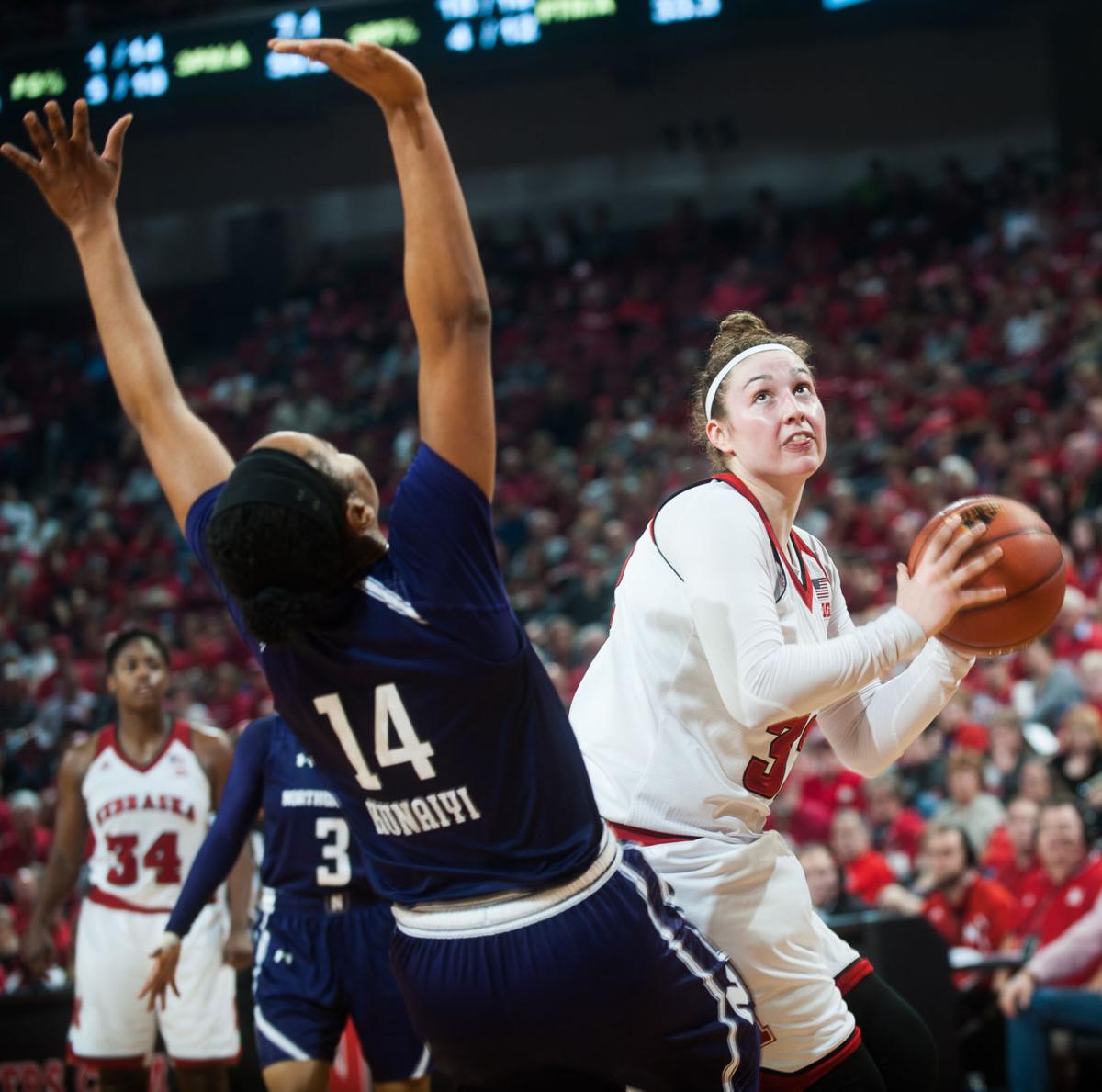 Nebraska's Jessica Shepard (right) drives to the basket while Northwestern's Pallas Kunaiyi-Akpanah (14) tries to draw a foul during a game last season at Pinnacle Bank Arena. 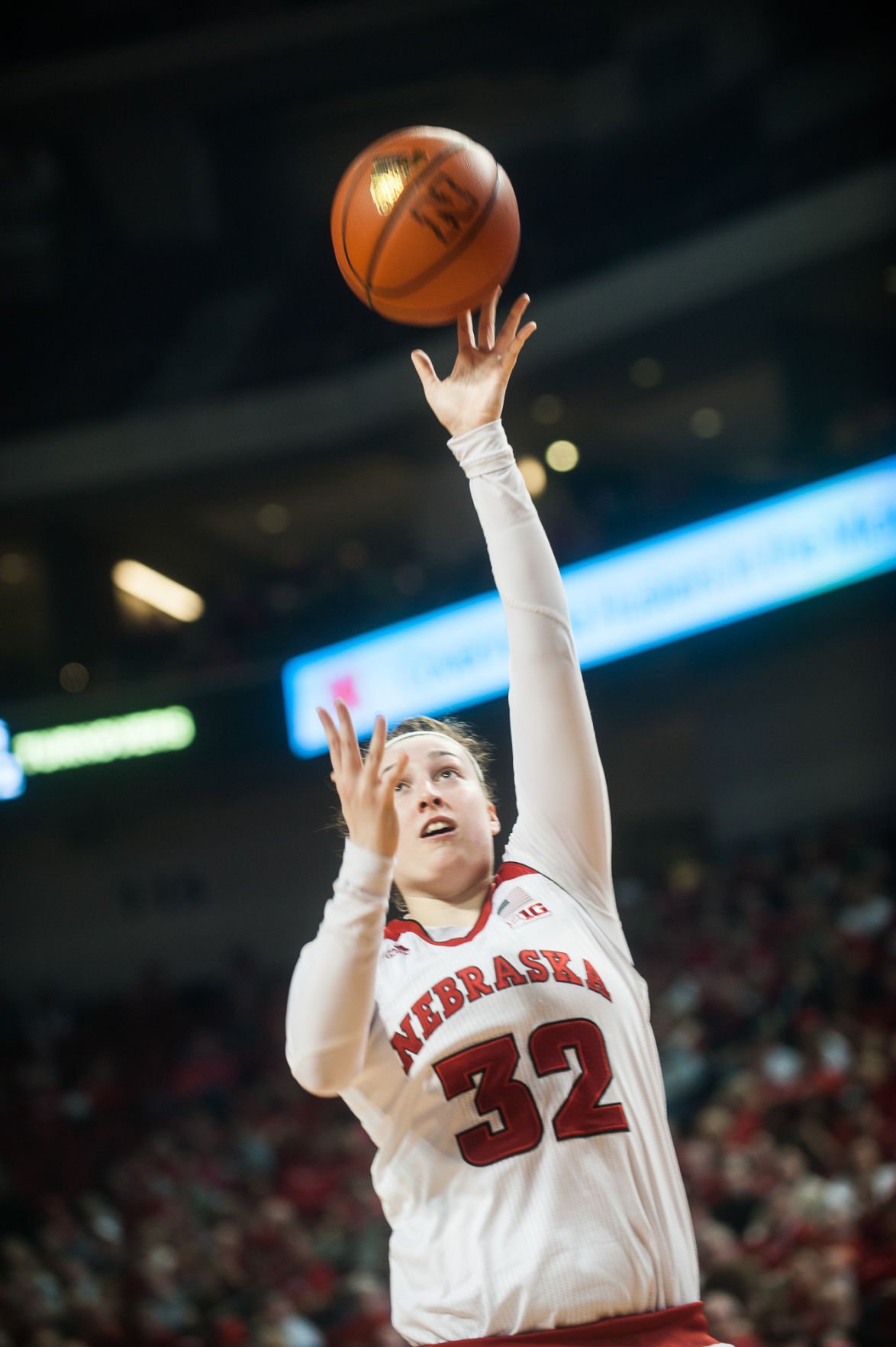 It can help a team when its best players are also some of its best leaders, and that’s the case with the Nebraska women’s basketball team and sophomore forward Jessica Shepard.

Shepard led the Huskers in scoring (18.6 points per game) and rebounds (8.6) last season and was the Big Ten Conference freshman of the year.

First-year Nebraska coach Amy Williams said Shepard is a very special player who has also been very helpful in the transition to a new coaching staff.

“The thing I’ve been very pleased with, and the biggest area (Shepard) can really help, is she’s a very high-IQ basketball player,” Williams said Friday during the Big Ten preseason coaches teleconference. “She picks things up very quickly. We can show her one time what we want to try and do — a new play, a new scheme, a new inbound, whatever it might be — and she’s got if figured out and knows the options. If I ask questions in practice, she’s got the answer before they’re out of my mouth.”

Since Shepard has been able to learn things so quickly, Williams sees other players going to Shepard with questions. Shepard has also done a great job of helping NU's four freshmen and two transfers.

“She’s also done a great job of just embracing some of our new players, our transfers and our freshmen, and being able to put her arm around them,” Williams said. “She’s as familiar with Nebraska women’s basketball as anybody I know. She’s grown up in this state; she knows what it means to be a Husker and she’s done a really good job of kind of helping all of our new players and our new staff be able to adjust to that.”

In a video interview released as part of Big Ten women’s basketball week, Shepard said she’s tried to be a leader, especially with all the new players.

“If they’re not comfortable off the court, when it comes to on the court it’s going to be hard for them to adjust,” Shepard said.

She smiled when asked about being from Nebraska and playing for Nebraska.

“Husker fans are die-hard fans,” Shepard said. “It doesn’t matter if you’re winning by 30, or losing by 30, they’re going to be right there cheering with you and going through it all with you. The coolest thing is just being able to go out in the community and have people recognize you, or go to the mall, and it’s like, ‘Hey, that’s Jessica Shepard.’ That’s pretty cool.”

No predictions: Nebraska had an 18-13 record last season, and tied for seventh in the Big Ten with a 9-9 mark.

The Huskers lost two of their top three scorers from last season when Natalie Romeo transferred and Rachel Theriot graduated, and also took a hit when they lost two signed freshmen after the coaching change.

Williams said it’s hard for her to say what the expectations are this season. The biggest thing, the coach said, is she wants to build a strong culture for the program.

“As far as looking down the line and being able to predict this many wins, or this game here, right now we’re still learning each other, and it’s kind of a little too early for us to predict any wins and losses for this season,” Williams said.

Catch phrase: Williams was asked if there was anything she says that her players are used to hearing by now.

“At this point I’m sure they’ve heard me say, ‘Great players play low,’ about 1,500 times. In practice that’s probably one of their favorite things,” Williams said. “One of the mottos we’ve been stressing as a team is, 'If you want to have a good team, be a great teammate.' That’s something we’re hoping they’re buying into.”

Coaches can tell you how much faster college basketball is, and how challenging the 30-game schedule will be, but you never really know until …

NU women's notes: Huskers will be without key player for upcoming season

The Nebraska women's basketball team will be without one of its key frontcourt players for the 2016-17 season.

The Nebraska women’s basketball team will play its only exhibition game against Southwest Baptist at 2 p.m. Sunday at Pinnacle Bank Arena.

Nebraska's Jessica Shepard (right) drives to the basket while Northwestern's Pallas Kunaiyi-Akpanah (14) tries to draw a foul during a game last season at Pinnacle Bank Arena.