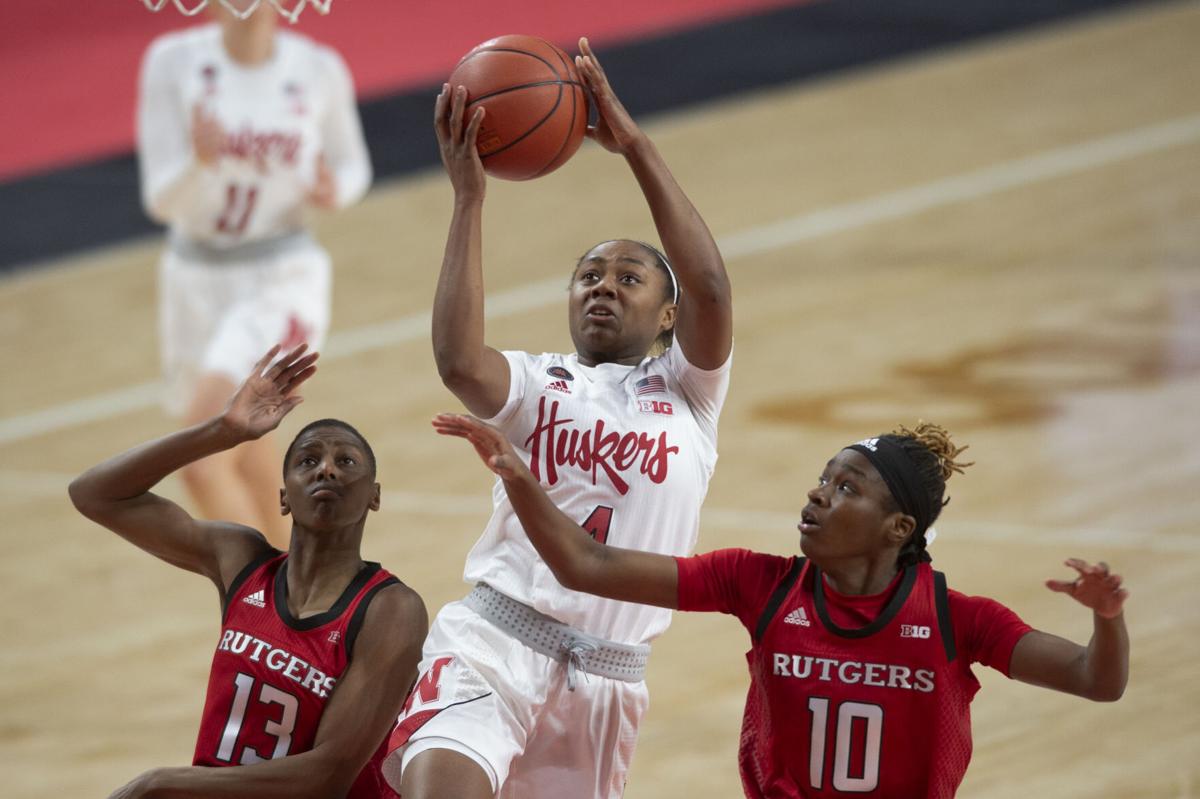 Nebraska's Sam Haiby goes for a layup during Nebraska's 53-50 win against Rutgers on Jan. 3. 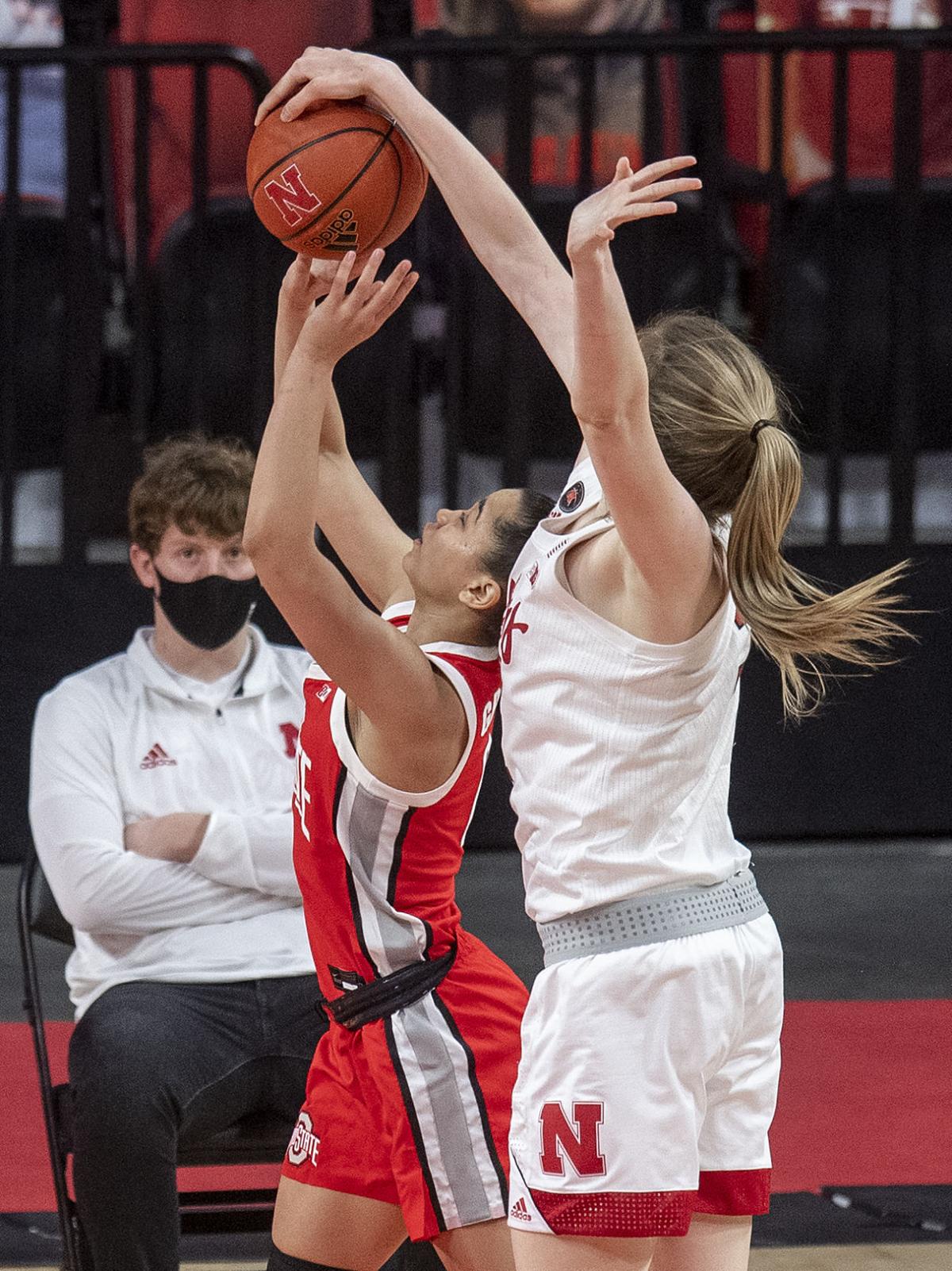 Nebraska’s Kate Cain blocks a shot by Ohio State’s Madison Greene during Nebraska's 63-55 win against the No. 15 Buckeyes on Jan. 16.

The junior guard from Moorhead, Minnesota, is the only Husker to earn first- or second-team Big Ten honors in the past three seasons.

In a vote of the league coaches, 11 players earned first-team honors and nine were selected for the second-team.

Nebraska’s Kate Cain and Isabelle Bourne earned honorable mention honors. Cain also was named to the five-player all-defensive team for the third time in her career.

Bella Cravens is the sportsmanship award winner for Nebraska.

She’s had eight 20-point games this season, including a career-high 33 against Illinois.

Haiby was at her best during Nebraska’s four wins against ranked teams. She had 11 points and 12 rebounds when Nebraska beat No. 23 Michigan State, and 11 points and 10 assists when the Huskers knocked off previously undefeated Ohio State. And her buzzer-beater shot under the basket allowed the Huskers to beat No. 15 Northwestern.

From last season to this season, when Haiby was also a starter, she improved her scoring average by 7.0 and her rebounding average by 2.6.

Cain leads the league in blocked shots per game (3.05). Her nine blocked shots in Nebraska’s upset win against Ohio State are the most in a league game this season.

Michigan junior forward Naz Hillmon is the Big Ten player of the year. In Michigan’s win against Nebraska, Hillmon scored 35 points and had 22 rebounds.

Iowa point guard Caitlin Clark got the freshman of the year award, which wasn’t a surprise after she won the freshman of the week award a record 13 times in 15 weeks. The West Des Moines, Iowa, native leads the nation in scoring (27.4 points per game.) and three-pointers per game (4.0) while ranking fourth in assists (6.9 per game).

Michigan guard Leigha Brown earned second-team honors, one year after being the league’s sixth player of the year while playing for Nebraska.

Nebraska's Sam Haiby goes for a layup during Nebraska's 53-50 win against Rutgers on Jan. 3.

Nebraska’s Kate Cain blocks a shot by Ohio State’s Madison Greene during Nebraska's 63-55 win against the No. 15 Buckeyes on Jan. 16. 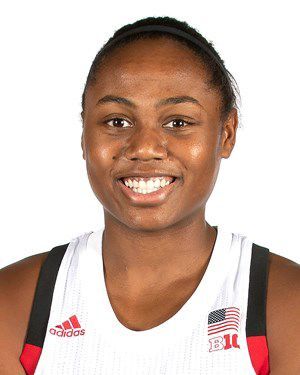