The Nebraska women's basketball team suspended its associate head coach and removed a starter from its roster Saturday.

On Saturday morning, the Huskers announced Chuck Love had been suspended, citing a "personnel matter." Soon after, Ashley Scoggin, the team's best three-point shooter, disappeared from the team's online roster. A spokesperson confirmed that Scoggin is no longer on the team.

The statement said Love has been suspended with pay effective immediately and there will be no additional comment at this time.

Scoggin did not play Thursday during Nebraska's game against Penn State. She had made the trip to State College, Pennsylvania, and attended the game but was not on the bench with the team. She had started 51 straight games before Thursday.

Love, who was not on the bench during the game on Thursday, has been with coach Amy Williams at Nebraska all six seasons and 10 years overall. He was promoted to associate head coach last summer.

Williams’ coaching staff has been the same in each of her six seasons at Nebraska. Assistant coaches Tom Goehle, Tandem Mays and Love were each on Williams’ staff at South Dakota and came with her to Lincoln when she became head coach in 2016.

Video coordinator Logan Seiser has been on the bench at games and may take on added responsibilities. He’s previously been an assistant coach at Jamestown and was on the staff with the Iowa State women’s program.

Scoggin no longer playing will mean more playing time for freshman guard Allison Weidner. Weidner had already seen her role expanded and had been productive.

“I thought (Weidner) came in and stepped up and did what we expect out of Allison,” Williams said to the Huskers Radio Network. “She rebounded it and gave us a spark in that area. We’re going to continue to lean on her, and to be aggressive offensively and at times really push the pace.”

After big win against No. 5 Indiana, a 'tough loss' for Husker women as Penn State rallies late

Well before latest triumph — an upset of No. 5 Indiana — Huskers had 'a hunch' this would be a special season

How one year changed the way Alexis Markowski plays basketball

Alexis Markowski plays with more fire and emotion than some Nebraska women’s basketball players have.

After roster, coach shakeup and win vs. Gophers, NU women are going to focus on future, Williams says

Nebraska improved to 14-1 at home this season with a blowout win against Minnesota that saw Allison Weidner step up.

This is the 15th week for the award this season and Markowski has got it seven times, including five of the past seven weeks.

There were highs (beating No. 5 Indiana) and there were lows (suspending a coach; losing a player) for Nebraska last week. So now what?

With just one more regular season game remaining, Nebraska will finish above .500 in the league for the first time in the past three seasons.

Alberts shows support for Amy Williams after roster shakeup: 'It's been a challenging time'

The Husker athletic director didn't talk specifics — "these are a (human resources) issue" — but he did express support for the program.

Love hasn’t been with the team since the program announced on Feb. 19 that Love had been suspended with pay due to an undisclosed “personnel matter.” 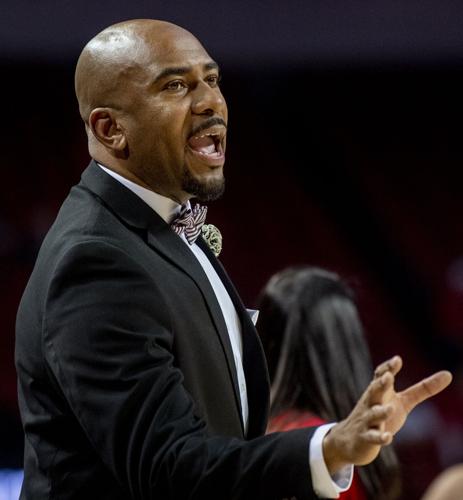 Nebraska assistant coach Chuck Love instructs the team during a game in 2019. 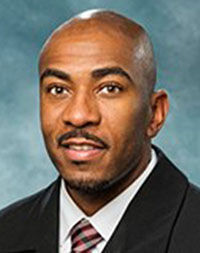 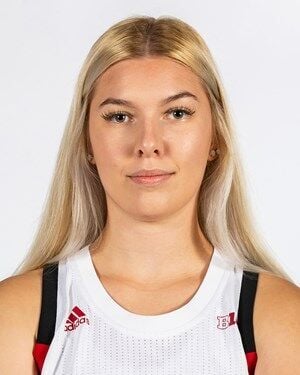