Another player who was expected to be in the starting lineup for the Nebraska women’s basketball team next season plans to leave the program.

Leigha Brown, who led Nebraska in scoring despite not being a starter this season, has put her name in the NCAA transfer portal, a source told the Journal Star on Thursday evening. Brown’s decision was confirmed by a source close to Brown, who said Brown told Nebraska coach Amy Williams her decision on Thursday.

Entering the transfer portal begins the process for Brown to be recruited by other colleges.

Since the season ended, Ashtyn Veerbeek and Kayla Mershon have also made plans to transfer. Veerbeek, who started 29 games this season, will transfer to play at Dordt, an NAIA program, in her hometown of Sioux Center, Iowa. Mershon is transferring to Minnesota.

Brown recently completed her sophomore season with the Huskers, and was one of Nebraska’s best shooters and most aggressive offensive players. She was named the Big Ten sixth player of the year following the conclusion of the 2020 regular season.

Brown leaving is a significant setback because she was one of Nebraska's most consistent scorers. She scored at least 15 points in 15 games last season. And Brown scored 22 points in each of Nebraska's final three games, leading the Huskers in each of those contests.

The 6-foot-1 guard led the Huskers in scoring with 14.4 points per game, while adding 3.4 rebounds and 2.1 assists. Brown finished 10th in the Big Ten in scoring, and was the only nonstarter to rank among the top 25 scorers in the conference.

Brown wasn't a starter, but still averaged 25.9 minutes per game, which ranked fourth on the team. Williams often commented how Brown embraced the "beast off the bench" role she had on the team. She often came in the game when the opponent's starters were getting tired, and made a run of points for the Huskers.

Most of Nebraska's players returned home last month after UNL transitioned to online instruction due to the worldwide health crisis. Brown had gone home to Auburn, Indiana.

“Leigha has spent the past couple weeks home with her family during this truly unique and unprecedented time in the world,” Williams told the Journal Star. “She indicated to us that she would like to find somewhere closer to home to continue her career. We wish her the best moving forward.”

During her freshman season Brown averaged 9.6 points per game, and scored a career-high 30 points during a win against Purdue. That was one of the numerous games that showed how good of a shooter Brown could be. In that game she was 4-for-6 on three-pointers, and 10-for-12 on free throws.

Brown played high school basketball at DeKalb High School. She averaged 28 points and 11.5 rebounds per game as a senior, and scored 53 points in one game.

Coming out of high school Brown was considered by the Nebraska coaching staff to be a recruiting steal because she wasn’t recruited heavily by some of the college programs in Indiana. She chose Nebraska over Xavier, Belmont, Western Michigan, Wright State, Indiana State and Youngstown State.

Following the 2018-19 season Nebraska did not have any players leave the program due to transfer, with only senior Maddie Simon leaving.

This season Nebraska had a 17-13 record, and was projected to be selected to play in the WNIT before the season was canceled.

A pair of Huskers — Kate Cain and Leigha Brown — were recognized in the league's annual awards.

Husker diary: Leigha Brown on her unique recruiting story, and scoring 50 in a high school game

Leigha Brown hasn't started a game for the Huskers this season, but still leads the team in scoring at 13.8 points per game.

The NCAA had been scheduled to distribute $600 million to more than 300 Division I schools from April to June. Instead, it will hand out far less.

Omaha announced the hiring of Carrie Banks, who spent the past four seasons as an assistant coach and recruiting coordinator at Ohio State. 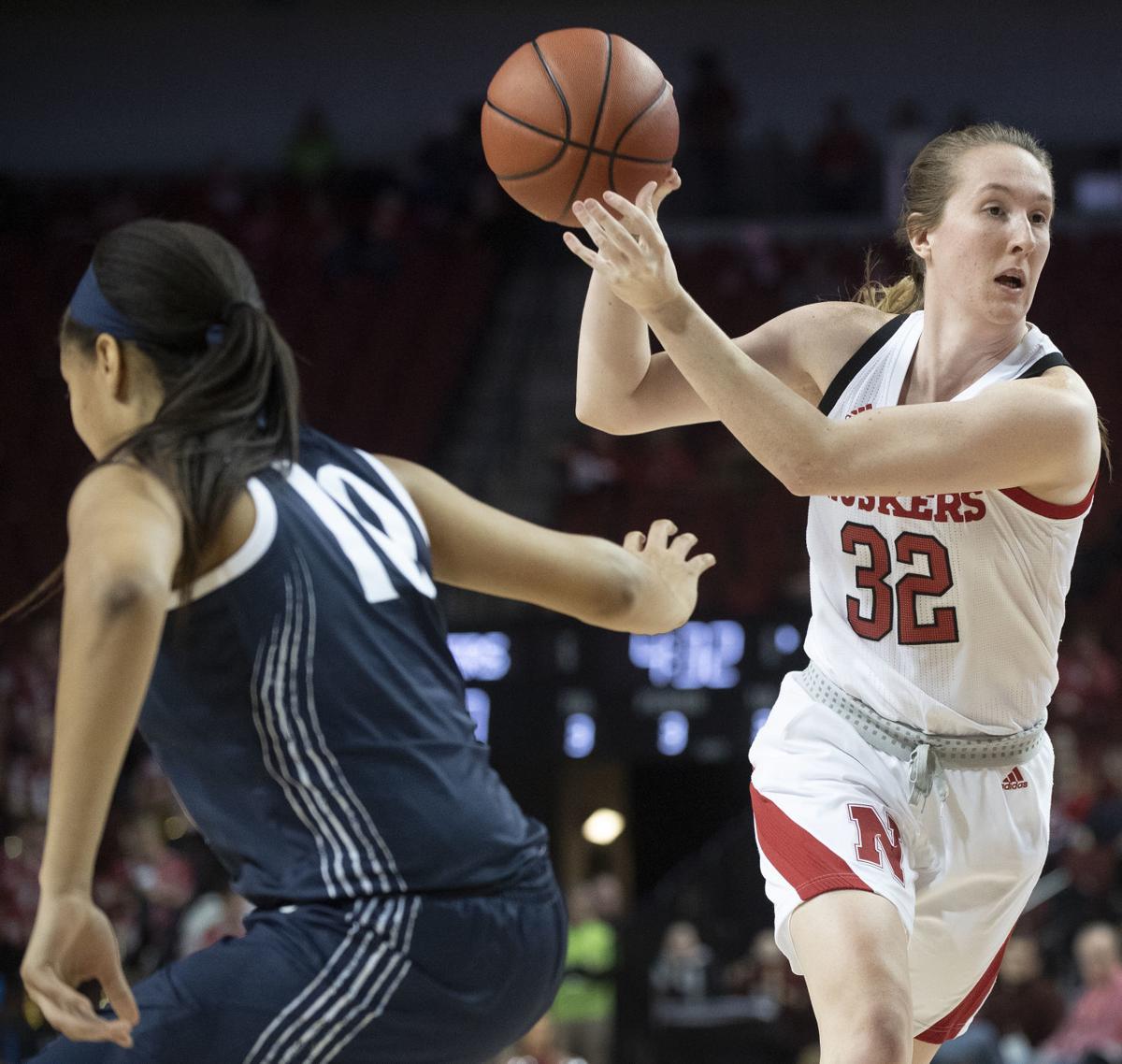 Nebraska’s Leigha Brown (32) dishes off the no-look pass in the second half against Penn State on Feb. 13 at Pinnacle Bank Arena. 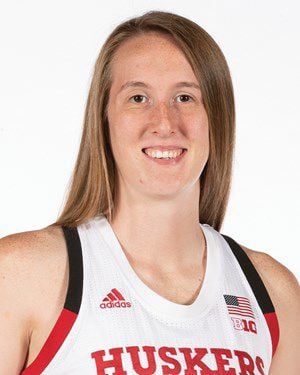