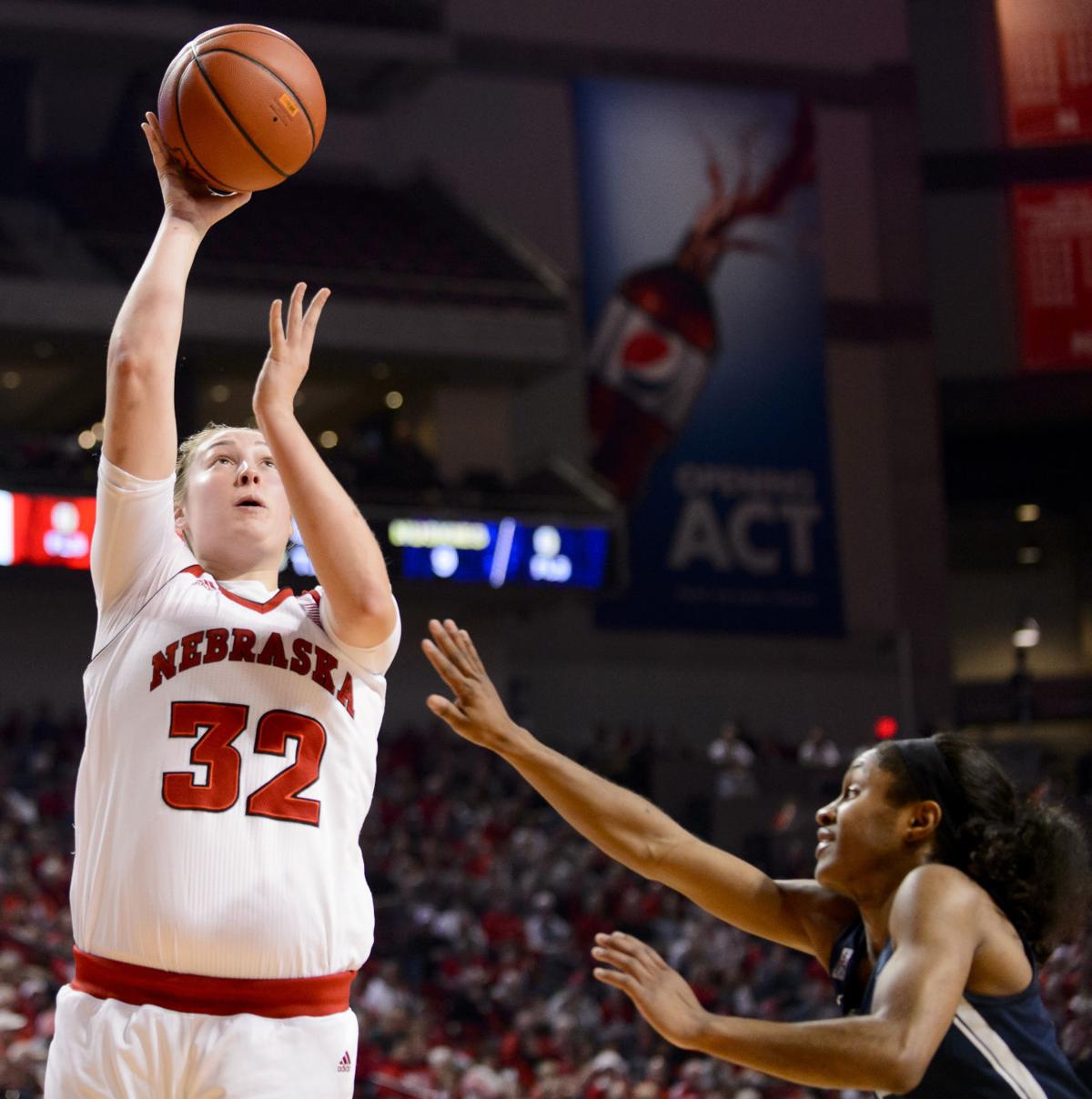 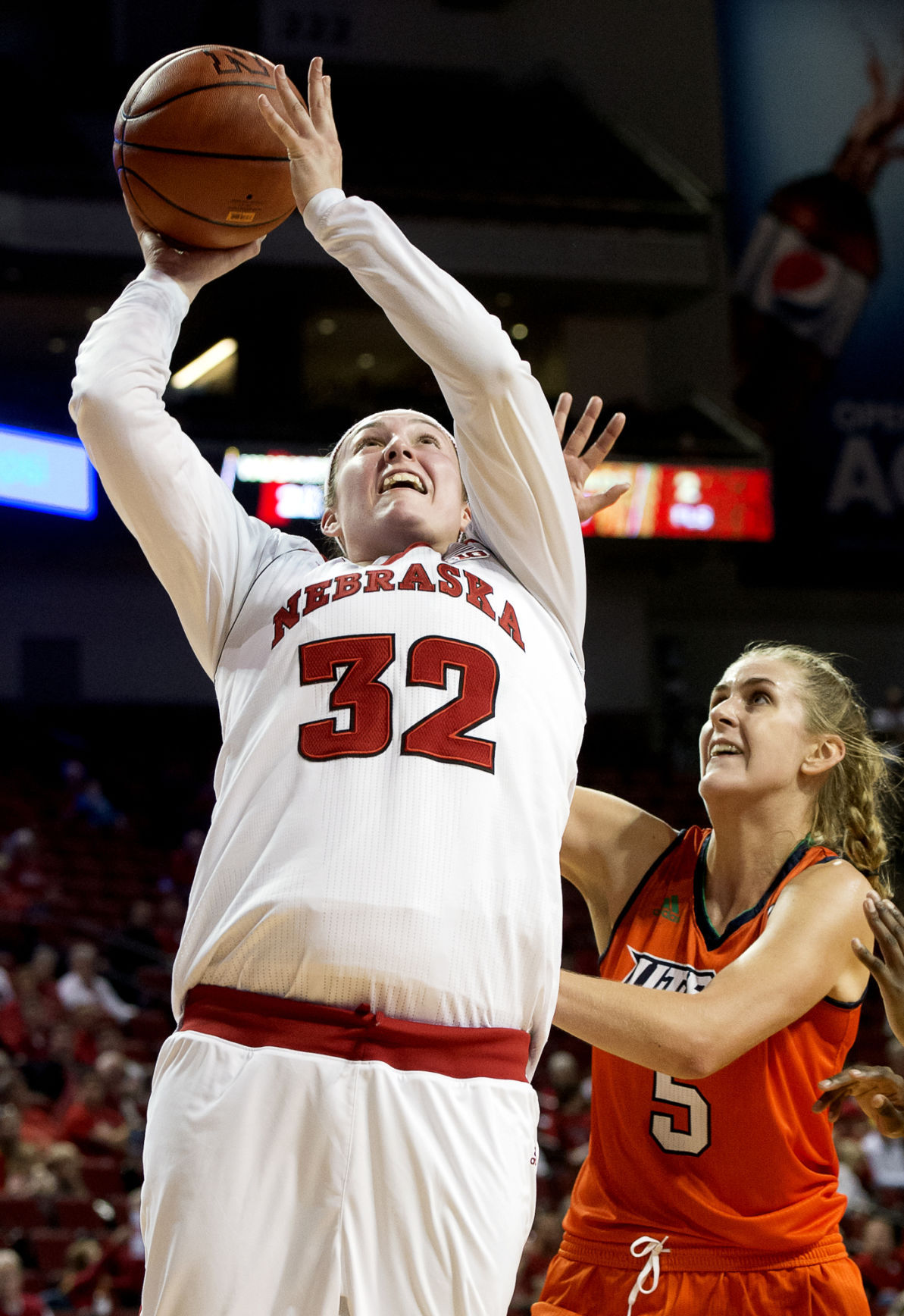 Nebraska's top women's basketball player — and one of the most-decorated recruits for the school — is leaving the program.

Coach Amy Williams announced Monday that sophomore forward Jessica Shepard plans to transfer. The 2015-16 Big Ten freshman of the year has not decided where she'll transfer. She was the No. 3 recruit in the country in her class, with some people saying that when she played her first game she would already be the most-skilled player in program history. But she'll leave without having played on a team that finished in the top part of its conference, or in the NCAA Tournament.

Williams, who said she appreciated Shepard’s straight-forward approach during postseason evaluations, said she plans to assist Shepard in the transfer process.

“Jessica thinks it is in her best interest to leave our program and seek a fresh start at this time,” Williams said in a statement. “We wish her the best and will try to help her through the process, if she needs it.”

Shepard will likely have to sit out one season after transferring.

NU said Shepard and her family will not comment of the star player's departure, but Shepard did release a statement.

“Coach Williams and the whole staff have been very supportive of me, and I thank them for giving me some time after the season to make my decision,” Shepard said. “I also want to thank the University of Nebraska and all of my teammates for the support they have given me the past two years, but I feel like I have to do what I think is best for me and my future at this time.”

Recruited by Connie Yori, Shepard came to Nebraska with a long list of credentials. Shepard, who committed to NU before her high school freshman season, was a four-time first-team Journal Star Super-Stater at Lincoln Southeast and later at Fremont, and she was a member of the USA Basketball U-18 Team.

The Huskers made the NCAA Tournament four straight years before Shepard arrived in Lincoln. She came to NU with plans to also play in the postseason, and then hopefully have a professional playing career. She also talked about being a coach when she was done playing.

But in her first two seasons in the program, Nebraska didn't make the NCAA Tournament, and it was looking like it would be a challenge the next two seasons, since NU is coming off its worst season ever, going 7-22. Nebraska has an RPI of No. 196 among 349 NCAA Division I programs.

This season, Shepard averaged 18.6 points and 9.8 rebounds, accounting for 30 percent of the Huskers' scoring. After Nebraska lost guards Natalie Romeo and Rachel Theriot from last year's team, it was more of a challenge for Shepard. But she still improved on her averages of 18.5 points and 8.6 rebounds as a freshman. Her field-goal percentage dropped from 51 percent as a freshman to 41 percent this season. Her 56 percent shooting on free throws was also down slightly from last season.

In conference games, Shepard averaged 19.1 points, which ranked eighth in the league.

Shepard was second-team All-Big Ten as a sophomore. She closed the 2016-17 regular season with a season-high 32 points to go along with 11 rebounds to help Nebraska to a 76-74 overtime win against Michigan State. It was her third career 30-point-plus scoring performance. She had 25 career double-doubles at Nebraska, which rank fifth in school history.

Shepard scored 1,112 points in her first two seasons, the highest total by a sophomore in school history, surpassing the 1,078 points scored by 2014 first-team All-American Jordan Hooper as a freshman and sophomore. Shepard ranks No. 22 on Nebraska's all-time scoring list.

Shepard's decision is another setback for a program that has had several in the past year. Yori left last April after an investigation into the program. Later, Romeo decided to transfer to Washington, where she started for a team that reached the NCAA Sweet 16. Two top-100 recruits decided they would not honor their commitment as well. Forward Rachel Blackburn missed this season because of a knee injury.

The day that Williams was introduced as coach, Shepard said she'd be staying at Nebraska, even though it was Yori who she had planned to play for.

Shepard said Yori did a great job at Nebraska, but thought the change could be good.

“I think it’s going to be a fresh start, and new energy for us. It’s kind of re-energizing,” Shepard said in April 2016. “We’re all anxious to get back out there and play for (Williams) and see what it’s like.”

Illinois, despite missing its leading scorer, ended its 11-game losing streak with a 79-70 victory against Nebraska on Wednesday during the fi…

This time, the Nebraska women’s basketball team didn’t let a bad stretch cost it a game.

Coaches have been 'pedal to the metal' during bad season

The Nebraska women’s basketball team probably isn’t making the NCAA Tournament this season. With a 6-20 record, the Huskers would have to win …

A horrible season for the Nebraska women’s basketball team had another low point with an 82-56 loss against Wisconsin on Thursday in Madison, …