Allison Weidner grew up in a small town with a big dream of playing basketball for the Big Red.

Her dream got closer to becoming a reality when Amy Williams offered her a scholarship last summer.

Weidner, on an unofficial visit, watched the Husker women practice and afterward chatted with the coaches.

"And that's when I committed," Weidner said, describing the scene. "A lot of excitement, a lot of smiles, a lot of hugs. It was a great moment."

The Huskers will be getting a point guard who can do it all. The 5-foot-9 Weidner averaged 19.7 points, seven assists, six rebounds and six steals per game as a sophomore and was named the Journal Star's Class D-2 honorary captain.

Weidner had the skills. Now it was a matter of getting more exposure against some of the nation's best competition. She went out for AAU basketball for the first time last spring, joined All Nebraska Attack and went from flying under the radar to catching the attention of Division I coaches.

She started to receive Division I offers, including one from Creighton, the other school Weidner was strongly considering late in the process.

"I didn't want to rush my decision, but I knew I didn't necessarily have a lot of time like everyone else did," Weidner said. "My coaches were great. Coach Bryan (Reichmuth) from my high school and Coach (Zach) Isherwood from Attack, they really helped a lot, and so did my parents.

"AAU helped so much, especially with Attack. Right off the bat, maybe the first tournament out of state or so, I started getting phone calls and followers on Twitter, and I was like, 'This is really happening right now.'"

For Weidner, the chance to play within the state's borders meant a lot. "I wanted to do something for my home state," she said. "I thought that would be really cool.

"Deciding between Nebraska and Creighton was really tough and when I looked at it, the feeling I got when I would go to Nebraska was just crazy. It was almost indescribable because it just felt like home, and they say, 'When you know, you know.' That's pretty true."

Weidner is the first in-state player to accept a scholarship offer from the Husker women's program since Taylor Kissinger, who is currently a junior on the team.

The Huskers put on a full-court press to get Weidner, and it worked. The point guard also was drawn to the Huskers' style of play.

"The staff is amazing," Weidner said. "They did a full-staff recruiting approach on me and I could just tell they really wanted me, and that meant a lot to me. The way they're starting to play, they're starting to push the ball up the court a little bit, and that really excites me because I like to do that, too."

Weidner also is one of the top multi-sport athletes in the state. She helped lead the Flyers to the Class D-2 state final in volleyball earlier this month, and she won Class D championships in the 400- and 800-meter events at state track last May.

Her plan now is to keep improving. The Flyers, who were state runners-up in 2018, have high hopes for the upcoming season.

"Everyone has a goal of winning a state championship, and we really want to make that come true this year," Weidner said.

Episode 65 The Showdown: Analyzing the Rhule and Fickell hires

A list of Division I, II, III and NAIA signings from across the state

Wednesday was a big day for high schools and colleges, with players from multiple sports across the state signing with Division I, Division II, Division III and NAIA schools.

For the Links' Gony and Koang, Wednesday was a signature moment for two best friends

Nyayongah Gony and Nyayien Koang have known each other since they were little.

Nyayongah Gony entered the week as one of the top uncommitted 2020 basketball recruits in the country.

The 5-foot-7 senior point guard announced her commitment to Amy Williams’ program as a walk-on last week. She’ll be part of the 2020 group of signees.

Nebraska’s Hannah Whitish has a narrow focus going into the Huskers’ game against Creighton on Sunday. She’s a senior, and she’s never been on a team that's beaten Creighton in three attempts.

This week the Nebraska women’s basketball team went to work in practice on some of the things that did cause them to lose a game, instead of j…

A closer look at the Nebraska women's basketball team's matchup against USC.

Hannah Whitish had a quiet start to Friday's game against USC.

'This is a very good win': Kissinger catches fire from three-point range to lead Huskers past Duke

Taylor Kissinger reeled off six three-pointers to match a career-high and NU fended off Duke down the stretch to claim a legitimate victory. 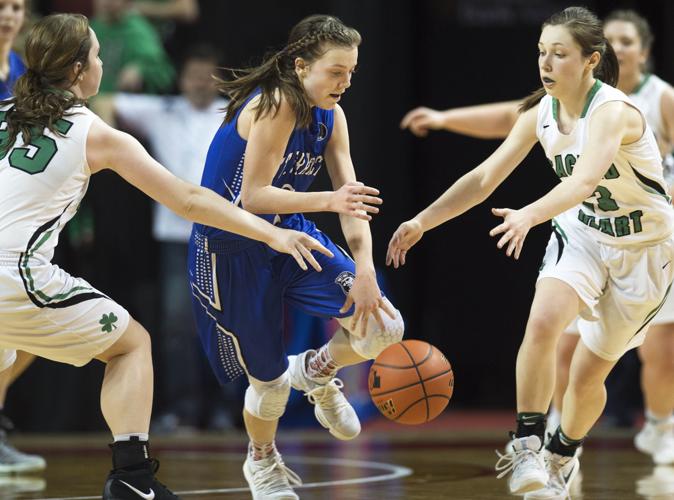 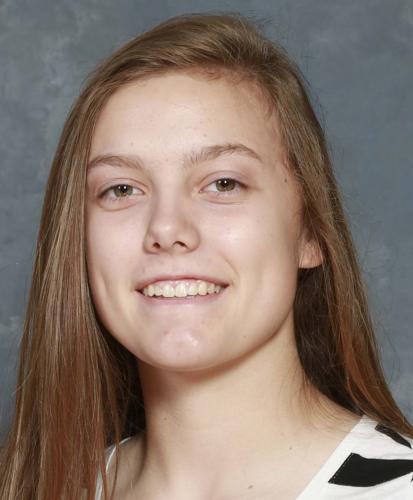