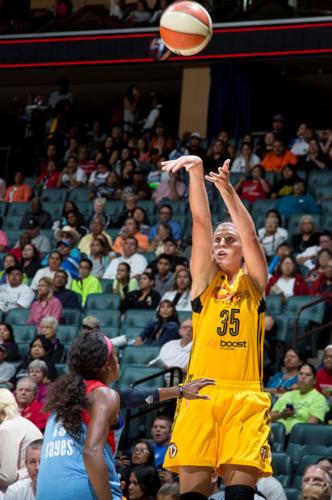 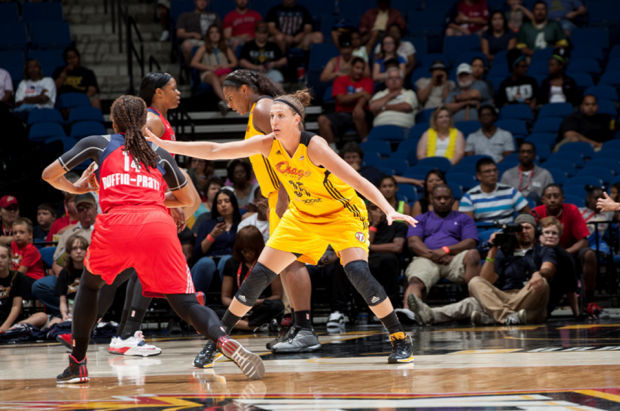 Jordan Hooper was too young to remember when her mom, Jodene, was told to get a basketball in her daughter’s hands.

“Jordan was 2 and I was nursing her brother (Kyle), and a friend, Steve Brew, said I needed to start throwing the ball for Jordan,” Jodene said. “She would catch the ball and throw it back.”

Some 22 years later, Jodene drove her daughter, one of the Huskers' all-time great basketball players, from Alliance to the airport in Scottsbluff. From there, Jordan flew to Denver, then to Frankfurt, and on to Istanbul — 6,000 miles from home — last week.

In a few weeks, Jordan Hooper, the former Nebraska All-American and Big Ten player of the year, will be starting for Besiktas in the Turkish women’s basketball league.

“That’s a long ways from here and I used to get worried when she drove alone to Lincoln or even to the family ranch some 40 miles away from Alliance,” Jodene Hooper said. “'Did you charge your phone? Did you pack everything? Don’t leave your bag alone in the airport.'

“You know, all those mother things that I can’t resist saying even though she’s been all over the place.”

Hooper traveled the country with the Huskers. She played internationally in Sweden, in the World University Games in Russia, and just finished her first season as a pro in the WNBA with the Tulsa Shock.

“I think she is ready for this,” Jodene said. “She did a lot of growing up in Tulsa this year. At Nebraska, she was always with teammates. Her days were structured with classes, practices, lifting, studying. At Tulsa, she had to learn how to do workouts alone. Cook for herself, live on her own.”

Hooper earned between $35,000 and $50,000 in the WNBA and will earn twice as much playing for six months in Turkey, according to her agent, Jeanne McNulty King.

“I had a couple of choices, but I wanted to do something on my own, so I turned down a team in Australia, where my college roommate and best friend, Lindsey Moore, is playing, and went with Turkey,” Hooper said. “I don’t know the language and don’t know a whole lot about it other than my aunt and uncle said it is safe and beautiful.”

Friends and other relatives were scared for Jordan. But the distance between Istanbul and the Syrian border is almost 600 miles, with plenty of mountains in between.

“If there is any danger, we pull them out of there,” McNulty King said. “She is a very highly sought player and the league she is in is high-level women’s competition with a lot of other Americans and players foreign to Turkey. She has all expenses paid. A two-bedroom apartment, transportation, and she will have to provide some meals for herself.”

That could be hard. Hooper admitted she craved hot dogs.

“I think she’ll have a hard time getting those there, but she’s been trying to eat healthy anyway,” Jodene Hooper said. “I fed her well when she was here and she knows what she should eat and what she should avoid.”

Hooper had nearly a month between playing in the WNBA and her next team. She spent most of the time in Alliance with her mother. They shared lunch every day, traveled to Chadron to see Kyle play receiver for Chadron State and visited the family ranch.

“We probably spent more time together, just talking about things other than basketball, than we have since I was a kid,” Jordan said. Alliance High School retired her No. 35 in honor of her leading the Bulldogs to the state basketball championship, breaking records and becoming a three-time Journal Star Super-State player, as well as a two-time Gatorade player of the year in high school.

Just getting home for some time with family was even more significant.

“It was an important time for me and for mom,” Hooper said.

Hooper worked out every day for two hours at the Alliance YMCA.

“Nobody around during the day, so I pushed myself to lift and run and, after about three weeks away from basketball, I started shooting baskets again.”

She even got into a pick-up game with some “old guys.” “We’d run and then take a break. Run and take a break. It was fun to just play for fun,” Hooper said. “It was kind of like when Kyle and I shot hoops at grandma’s house, where we made enough money to put in a concrete pad for a court out near the ranch.”

Istanbul will be a challenge.

“This is exciting for Jordan and for all of us who know her,” said Nebraska coach Connie Yori. “She is a professional now and she will succeed as a player, or whatever career she chooses when basketball is done.

“She came here as a typical 18-year-old kid and made the adjustments to living life away from home and meeting the challenges of being a student-athlete. She’s made the adjustment to playing a 3 in the WNBA, something she really hadn’t played before. Her coaches believe she could be an all-star and play in the pros for a long time.”

The Nebraska women’s basketball team could have a record 16 regular-season games be nationally televised this season.