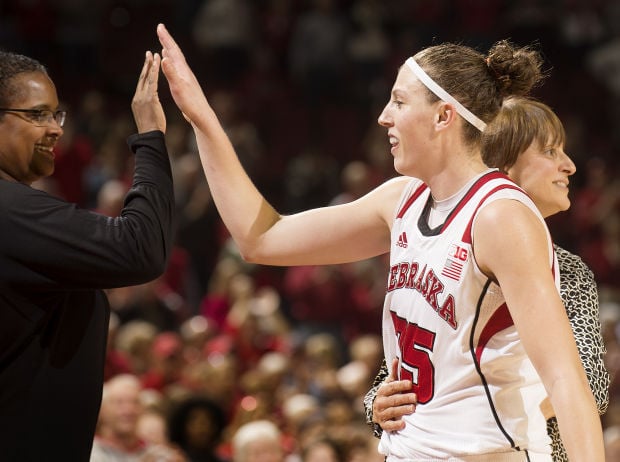 Director of Operations Jan Bethea (left) gives Nebraska's Jordan Hooper a high-five after she hugged head coach Connie Yori in the final seconds of the game against Illinois on Feb. 27, 2014, at Pinnacle Bank Arena. 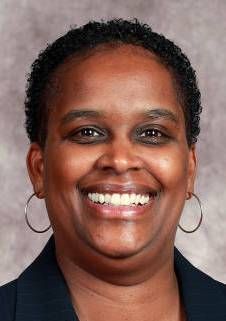 A former Nebraska women’s basketball staff member confirmed to the Journal Star on Wednesday that she had filed a complaint against the University of Nebraska alleging discrimination.

Jan Bethea, who was the program’s director of basketball operations for five seasons before leaving in 2015, said she filed the complaint this year. At NU, she coordinated the Huskers' scheduling and team travel, among other duties, and also was on the bench during games.

After leaving Lincoln, she returned to school in Florida to complete her doctorate.

Since then, several former players have come to Yori’s defense. But Bethea also would like people to respect those players who shared concerns of mistreatment.

As for Bethea’s complaint alleging discrimination, it was filed before the investigation into Yori’s program began, she said.

Bethea would not answer questions about how she was mistreated.

“That will come out in the case,” she said.

Bethea said that while she was still employed at Nebraska she went to an administrator with claims of mistreatment against her, but would not say who the administrator was.

Why did Bethea leave Nebraska?

“Well, the official statement is I left for personal reasons, but I’m filing a case, so I think that’s pretty clear-cut right there,” she said.

Bethea said she is frustrated that players are being “trampled” for coming forward with concerns. Someone with a blocked number called Bethea to rant about the players who have been critical of their treatment in the program.

“And what I said to him, and what I want to say to other people, is you will never win that debate with me or the former players or whoever, because you never walked in their shoes," Bethea said. "And until you walk in somebody’s shoes, you don’t know what they go through. I think it’s great that the former players want to come out for their coach, because they’re telling their truth. What I don’t like is that they’re trampling on somebody else’s truth.”

Bethea said people should not judge players who say they had a different experience from the ones who have spoken in support of Yori.

“I just want to say that nobody knows what’s going on but those players, so I think it’s unfair for former players to call them soft,” Bethea said. “Usually, people who are being treated unfairly are the ones who are solid. The people who are being treated OK, they are the ones who are going to be the loudest. In this whole mayhem and this whole scandal, if you want to call it that, it has to be taken into context (the players are) still 18- to 22-year-old kids, young ladies, who are going through a difficult time right now, and to have that questioned by other people I think is unfair.”

Former Nebraska women’s basketball coach Connie Yori will receive a severance package of about $1.2 million from the university after resignin…

Mi’Cole Cayton, one of five players who signed last fall to join the Nebraska women’s basketball team in 2016, said she will probably still be…

NU has talked with Coyotes' Williams

Who could NU hire as next coach? Names worth mentioning

Some names maybe worth mentioning.

Everything about her screams "coach."

A former member of the Husker track team is suing the University of Nebraska-Lincoln for $40,000 in damages, alleging the athletics department…

Director of Operations Jan Bethea (left) gives Nebraska's Jordan Hooper a high-five after she hugged head coach Connie Yori in the final seconds of the game against Illinois on Feb. 27, 2014, at Pinnacle Bank Arena.