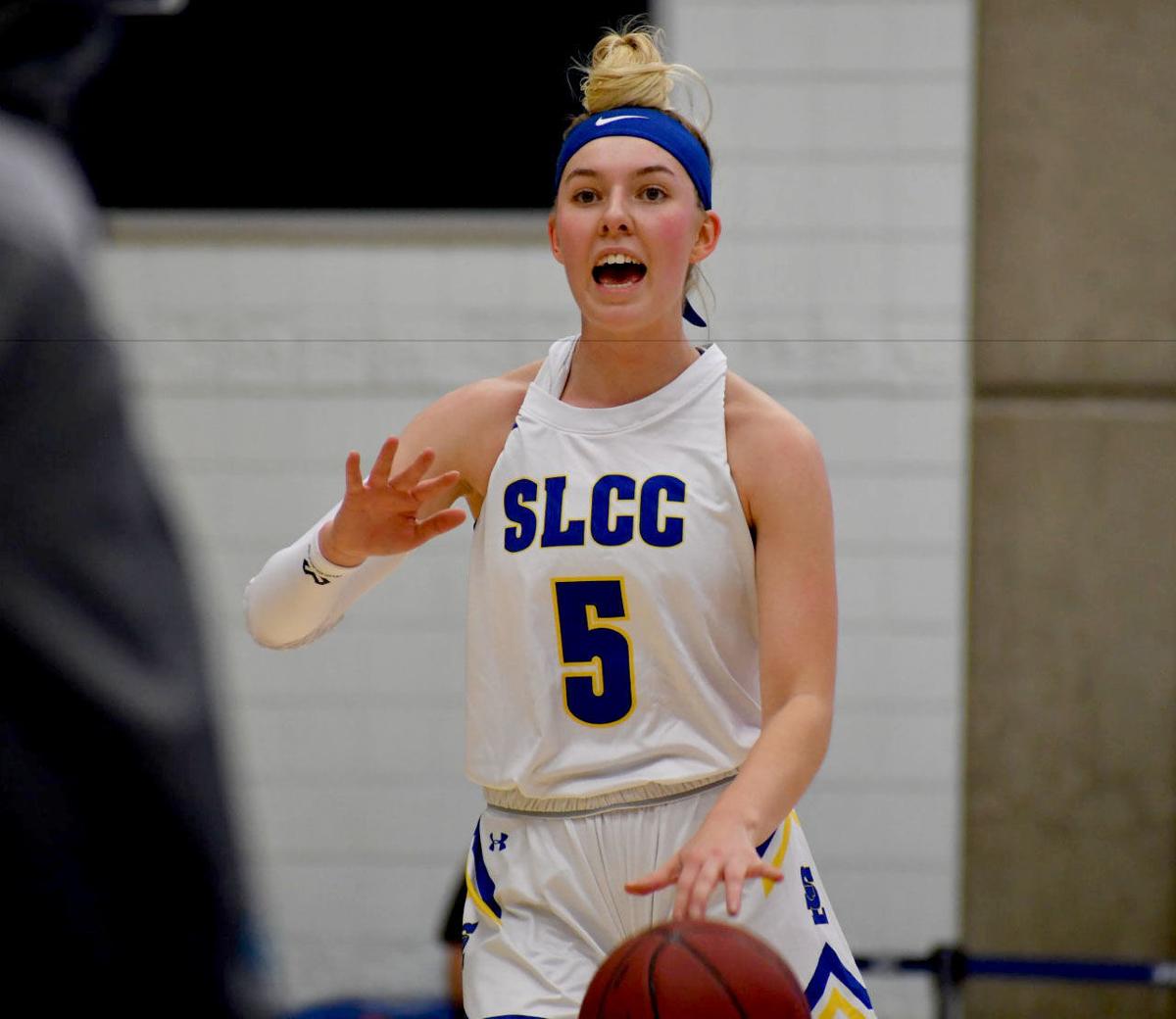 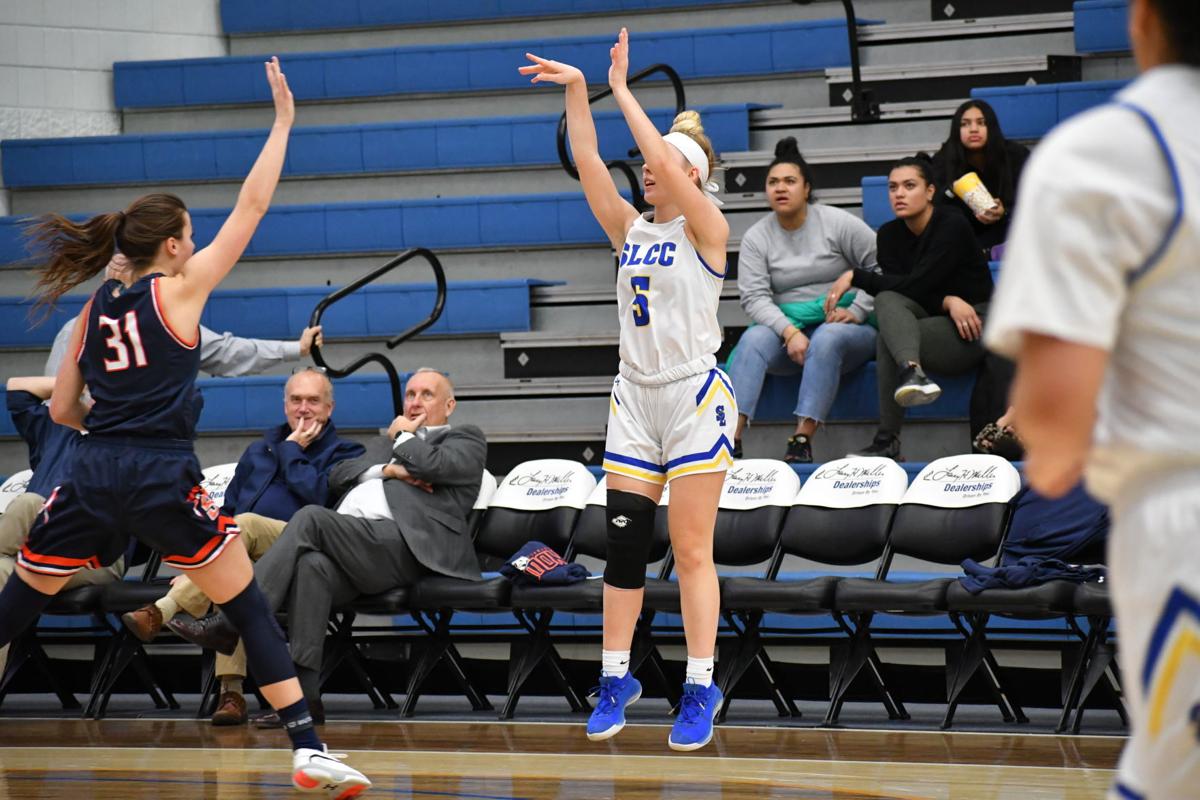 Ashley Scoggin made 53 three-pointers for Salt Lake Community College during the 2019-20 season. She’ll join the Nebraska women’s basketball team as a redshirt sophomore this season.

Ashley Scoggin had endured too much, with three major knee surgeries over a five-year period, to be passive when it came time to try and reach her goal of playing NCAA Division I basketball.

So this spring Scoggin took control of her recruiting process, and that later led to her earning a scholarship to play for Nebraska. She arrived in Lincoln about two weeks ago, and will be eligible to play this season.

Last season Scoggin played at Salt Lake Community College. She had a good season, averaging 10 points per game. She made a team-best 53 three-pointers, and made 40% of her three-point attempts.

But due to COVID-19, the national tournament was canceled, which was where many college coaches would have been able to watch Scoggin.

So she went home to Oregon and went to work letting Division I coaches know she was available. She sent out more than 100 emails. On a Saturday evening, she decided to send one to the Nebraska coaches.

“I looked at Nebraska’s roster, and I looked at their previous season and all their bios and I was like, 'I’m going to send an email to each of the Nebraska coaches,'" Scoggin said. "So I did, and within five minutes (assistant coach Chuck Love) had texted me. I was shocked, because nobody had responded to me that fast."

Scoggin and Love talked for about 90 minutes that night. And after Nebraska offered her a scholarship, she quickly accepted.

Nebraska still had a few open spots on the roster after Leigha Brown, Ashtyn Veerbeek and Kayla Mershon transferred after the season.

Most of the time it’s the college coaches who first contact recruits or the players’ high school, club or junior college coach. But Scoggin went for it herself.

“I believe if you really want something, you kind of have to do whatever it takes to get that,” she said. “My dad had kind of taught me that nobody is going to do things for you, so you have to (take the) initiative. So that’s what I did. I had a little help with my highlight video, but other than that I put an email format together, and I had one of my friends help me with that. And I just started sending out emails.”

Scoggin has already had a long and challenging career, and she still has the potential to play three seasons at Nebraska. She just turned 22, making her one of the oldest players on the team.

Her challenges began when she injured her knee before her senior season of high school. Scoggin had been getting recruited by some mid-major programs, but that stopped after she couldn’t play her senior season.

The next year she took a gap year between high school and college. She worked on building back the strength in her leg, and worked with a basketball trainer. She also helped with the family business, which sells crushed rock for home and road construction.

She then headed for Salt Lake Community College, but suffered another ACL injury in her first season there. Her second surgery wasn’t successful, although she wouldn’t know that until months later when a different doctor examined her. So then she had a third knee surgery.

But she never gave up on basketball, through three reconstructive knee surgeries, and three years at a junior college.

“I love basketball so much,” Scoggin said. “I’ve been playing since I was in the second grade. I just grew to love it a lot. It’s my sanctuary. Even though it’s kind of like my job right now because you’re going to school to play basketball and get your education. Whenever I thought about why am I still doing this, (the answer) was because I’ve always had the dream to play at the highest level possible and reach my full potential. And I can’t reach that if I give up.”

Scoggin has moved to Lincoln but still hasn’t been able to meet most of her teammates. She’s in the process of getting both the usual medical clearance that new athletes go through, as well as the clearance for COVID-19 necessary for all Nebraska athletes. She’s hoping to be able to begin the voluntary workouts soon.

The voluntary strength and conditioning-only workouts for Nebraska women’s basketball players began Monday. Only three players had reached the necessary steps in the process to work out Monday, but most of the players are in town and should be able to begin workouts soon. The two players from Australia, Isabelle Bourne and Ruby Porter, don’t know when they’ll be able to return to the United States.

Ashley Scoggin made 53 three-pointers for Salt Lake Community College during the 2019-20 season. She’ll join the Nebraska women’s basketball team as a redshirt sophomore this season.