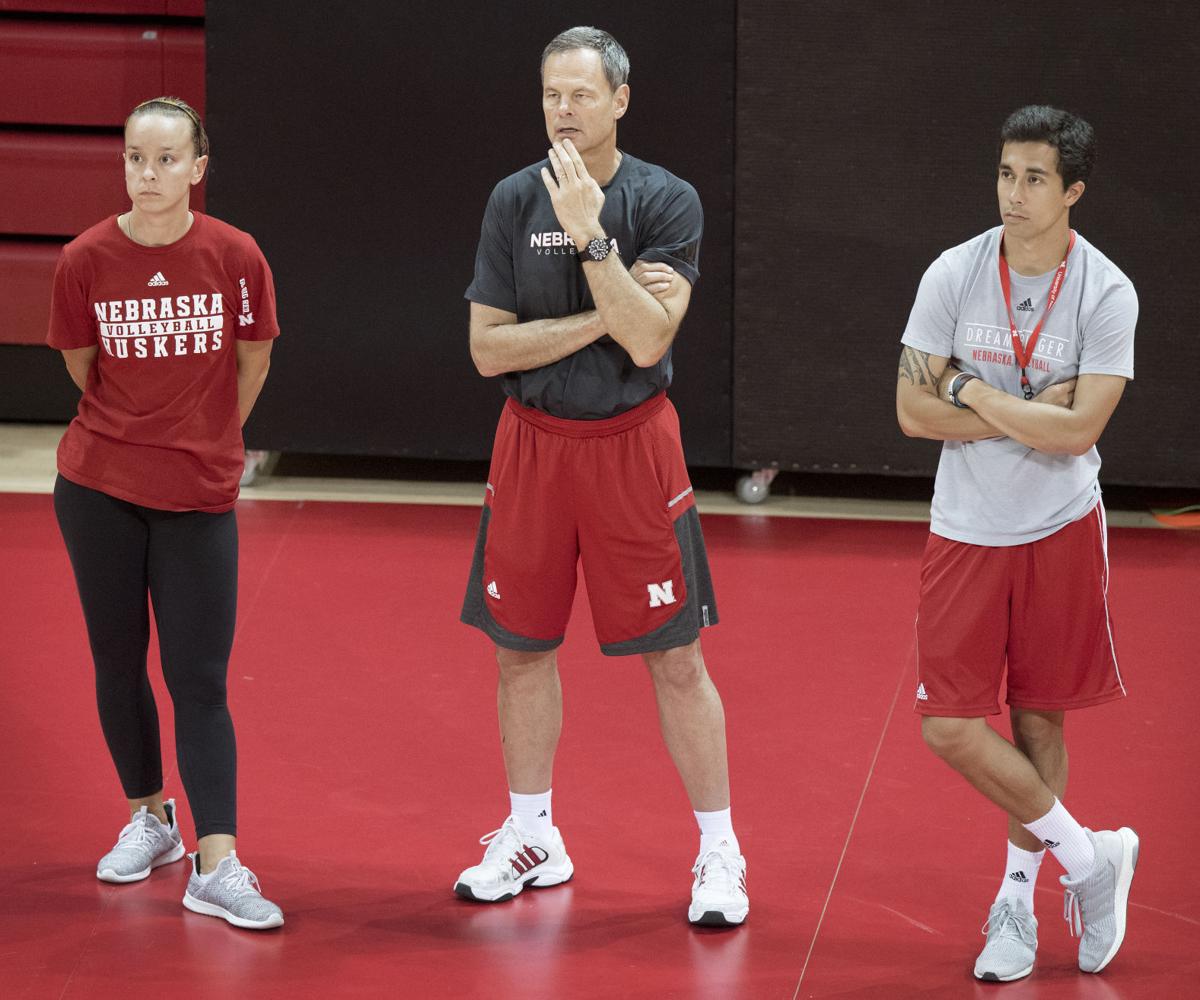 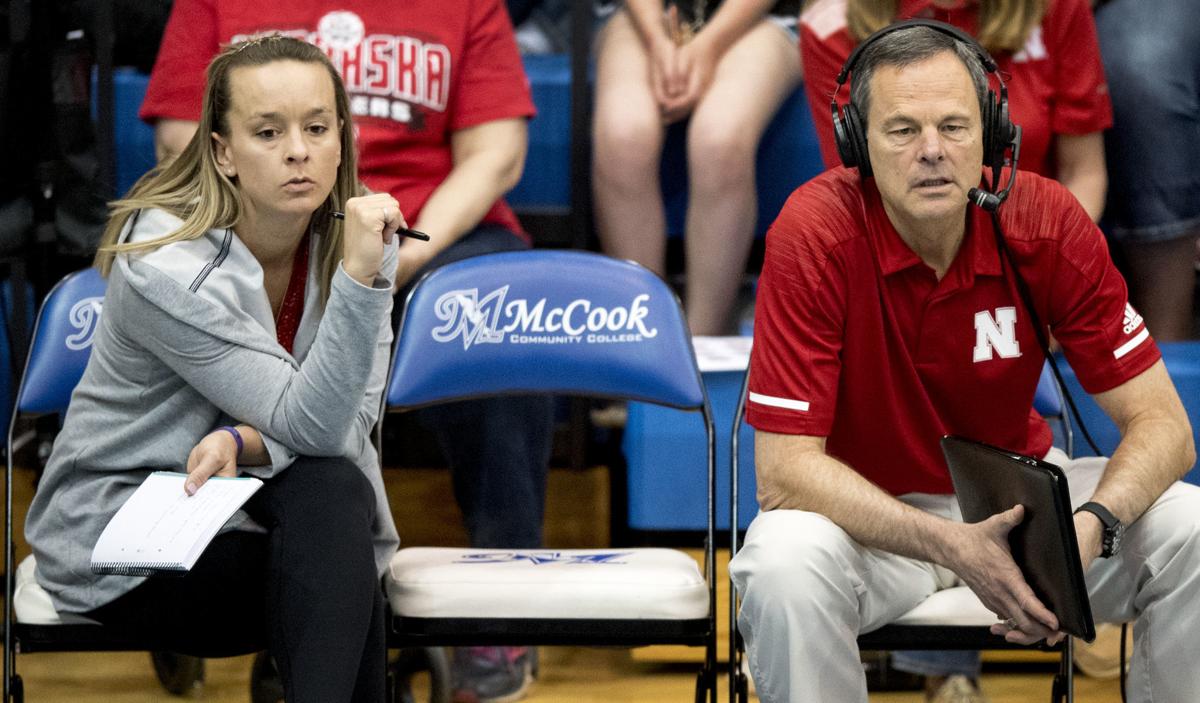 When Cook hires assistants, he asks that they’ll stay with the Huskers for three years, and if they want to advance after that, he’ll help them.

Cook tries to prepare the Nebraska assistants to be qualified head coaching candidates, and then to be successful if that happens.

“What I tell these guys several times a year is that you have to immerse yourself in every aspect of the program,” Cook said. “So Kayla, you’re not just a recruiter.”

Sometimes Cook has the assistants join him when he has meetings with other departments in the athletic department, such as academics or marketing. Last week, Banwarth and Reyes filled in for Cook taking phone calls from fans on the Nebraska volleyball radio show.

Cook also challenges the assistant coaches to come up with one thing to make the program better. Reyes came up with something new for practice, and Banwarth had some ideas for some of the things the program does to promote itself on social media.

“I’m just constantly challenging them to contribute to Nebraska volleyball. We don’t want to just stay where we’re at,” Cook said.

Big Ten leaders: Nebraska will play a rare Sunday match when the Huskers host Michigan at the Devaney Sports Center. The match will begin at 1 p.m. and is on TV on ESPN2.

Michigan comes into the match tied for first place in the Big Ten standings with a 5-0 record. It’s the first time the Wolverines have started 5-0 in league play. Michigan (12-3) was ranked to begin the season, but has been unranked for the past month.

Like Nebraska, the Wolverines also played on Friday, beating Iowa in four sets. Michigan has yet to play a ranked team during the conference season, with wins against Ohio State (twice), Rutgers, Maryland and Iowa.

Michigan outside hitter Paige Jones is averaging 5.17 kills per set to lead all Big Ten players in conference matches.

Nebraska has an eight-match winning streak against Michigan, including two last season.

Run-stopper: In Nebraska’s four-set win against Michigan State on Friday, each team went on some long scoring runs. That included when Michigan State won the first set by ending it on a 7-1 run.

Cook said the Huskers need to play tougher to stop runs like that from happening.

Michigan at No. 5 Nebraska

Kayla and Jaylen on the radio: Adversity caused by rare three-set loss could make team stronger

The Nebraska volleyball team doesn’t get to decide what its ranking is in the college poll, and the Huskers spending the first four weeks of t…

Nebraska volleyball player Jazz Sweet is in her third year in the program, so she’s probably jumping a little higher, and hitting a little harder.

Two-win weekend for No. 5 Nebraska volleyball was all about defense

Initially, after the Wisconsin volleyball team lit up Nebraska with a .376 hitting percentage in the Badgers’ sweep against the Huskers recent…

The Nebraska volleyball team stayed at No. 5 in the American Volleyball Coaches Association poll after wins last week against Michigan State a…

'No one really wants to let the ball drop': Defense still strength for Nebraska volleyball team

Aside from one bad match, when Wisconsin hit .376 and swept the Huskers, Nebraska is playing defense at a high level. Nebraska ranks No. 5 nationally in defense, with opponents having an average hitting percentage of .139 against the Huskers.

Purdue shows its respect for Stivrins, so Kubik goes off for Nebraska volleyball team

Nebraska freshman outside hitter Madi Kubik had the best match of her college career in leading the Huskers to a four-set win against No. 20 P…

With the 20th-ranked Boilermakers focusing on Lauren Stivrins, Husker freshman Madi Kubik blasted a career-high 22 kills in No. 5 Nebraska's f…