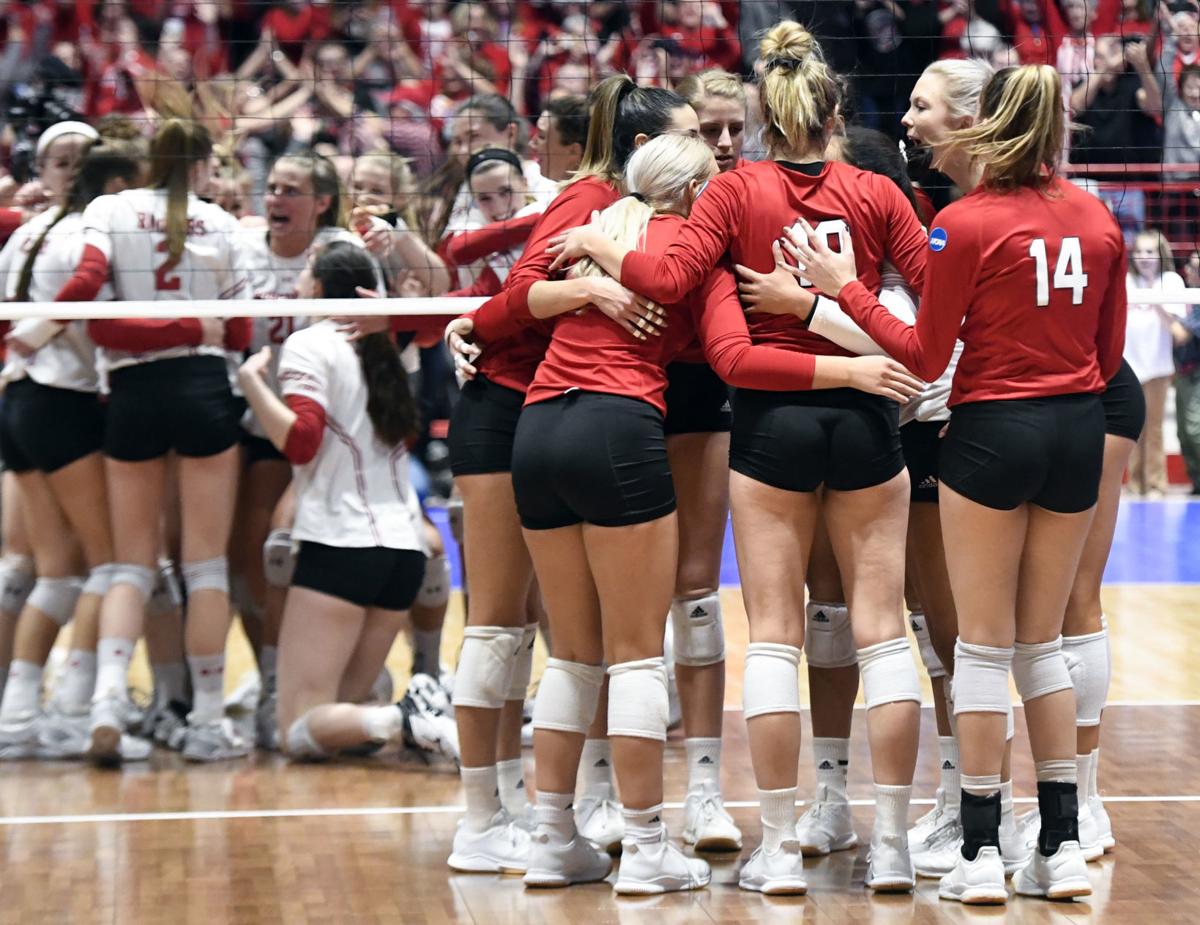 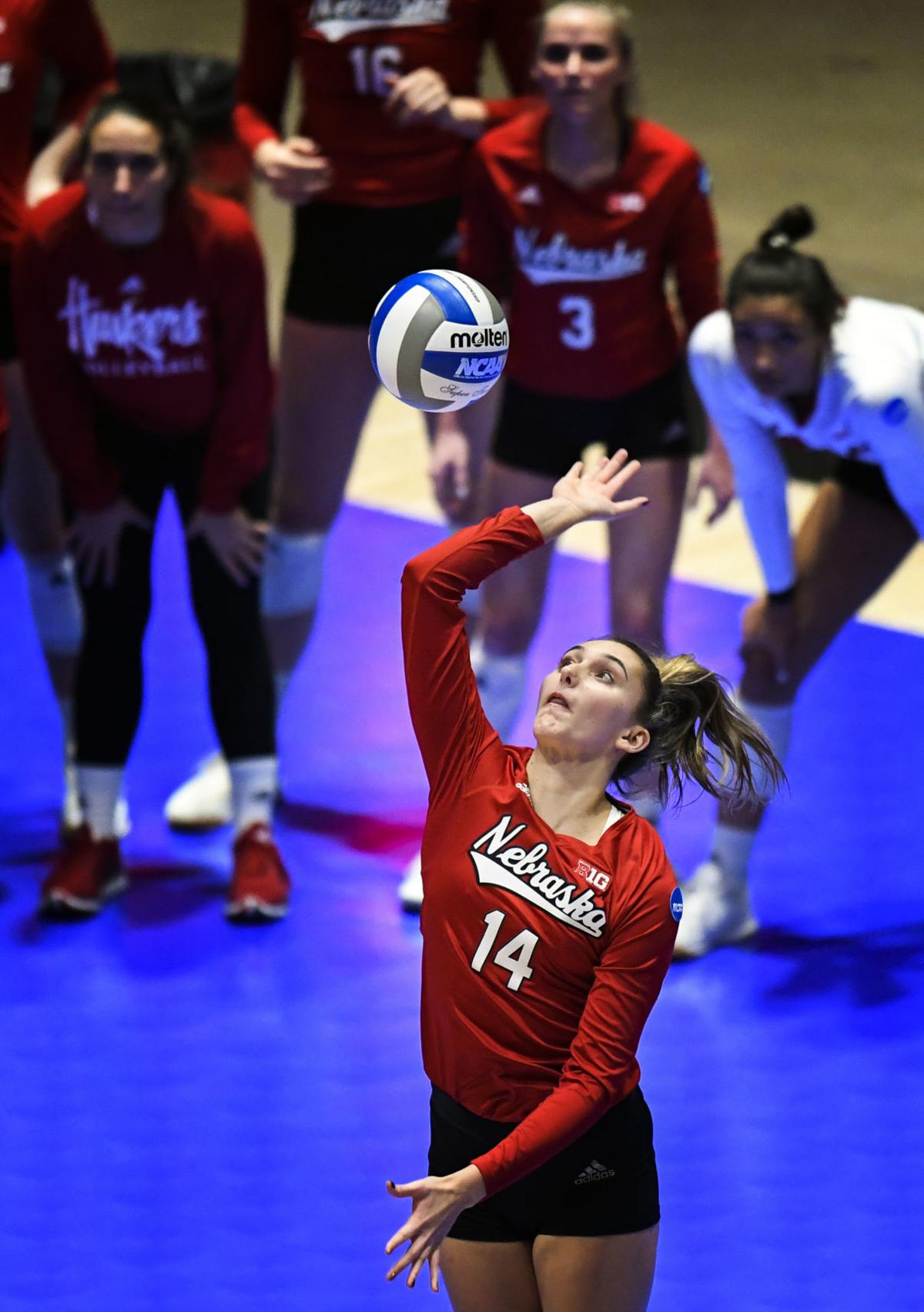 For a while it was Penn State, and the Huskers caught them, winning nine of their last 10 matches against the Nittany Lions and two national titles since the last of Penn State’s seven. Then Nebraska was chasing Stanford after the Cardinal beat Nebraska by three points in the national championship match in 2018.

This offseason, it’s the Wisconsin Badgers whom Nebraska will be chasing, after the Badgers ended its season with a 25-18, 25-22, 25-19 win in the NCAA Tournament Elite Eight on Saturday.

Watch: Cook says Badgers 'made plays when they needed to' in Elite Eight sweep of Huskers

The Badgers left no doubt which team was better, winning all nine sets in the series this season. And Wisconsin will bring back many of its best players next year.

“They beat us fair and square, 3-0, three times,” Cook said. “At first I thought we were bad matchups for them, but tonight we were not a bad matchup. We got the matchups we wanted and our team executed really well. But they’re just a little more relentless than we are right now and they stay in the moment better than we do, and they’re really good at endgame. They have a lot of confidence, and we’re not quite there yet. We pressed a little too hard tonight.”

This ends the chapter on maybe the most impressive stretch in program history, with Nebraska reaching the Final Four in four consecutive years and winning national titles in 2015 and 2017. The Huskers end the year with a 28-5 record.

Nebraska got matched up in the bracket against a Wisconsin team that’s making a dominating run through the NCAA Tournament. The Badgers have not dropped a set through four matches — the only team in the field to accomplish that.

Wisconsin advances to the Final Four for the third time in program history, and the first since 2013.

At points Nebraska seemed close against the Badgers, but at other times the distance was wide. Like when the Badgers won the final five points of the match, which included three blocks. The Badgers outblocked Nebraska 11-4.

Nebraska made a lot of good plays, Cook said, but the Badgers made the biggest plays in the biggest moments.

“This was a very high-level volleyball match tonight,” Cook said. “I know we made a few more errors, but there was some really high-level volleyball out there. I saw some plays from my team I’ve never seen before. What we got to learn is how to do it over time and after 20 points, and that’s the difference between us and Wisconsin right now. Wisconsin is really good after 20 points.”

Outside hitter Molly Haggerty had 13 kills on a .268 hitting percentage to lead the Badgers. Grace Loberg added nine. Big Ten player of the year Dana Rettke had seven kills and eight blocks.

Jazz Sweet led Nebraska with 11 kills, and her shots off the blockers early in the match put her team in position to win each of the first two sets. Lexi Sun added 11 kills, but hit just .024.

Because Wisconsin was digging so many balls, the Huskers were pressing, resulting in them hitting out 16 times.

“It just makes you try harder to kill the ball when you’re not killing it,” Cook said. “We had some great swings tonight. We decided we were going to be aggressive and attack, so some of that is you might make some more errors."

The Badgers served five aces. Nebraska had just one, with five serving errors.

But Cook felt like the team's serving and passing was good enough to win. What, then, kept Nebraska from winning even a set and putting some doubt into Wisconsin?

“Wisconsin made some plays and we didn’t kill balls when we needed to,” Cook said. “That was the biggest thing. Madi (Kubik hit .033). Jazz was on fire, and then I don’t know if she had a kill in the third game. We just needed to make a couple of big plays at the end there. We had opportunities. We had a lot of transition opportunities we didn’t convert.”

Nebraska led 6-5 in the first set, but then the Huskers endured stress for the first time. Sydney Hilley served a 6-0 run, including two ace serves, that gave the Badgers an 11-6 lead they would never relinquish in the set.

In the second set, Nebraska was beginning to stress the Badgers a little more with its serving. But after NU led 21-20, Wisconsin won five of the final six rallies of the set to take it and a 2-0 match lead.

Cook remained mostly upbeat. If Nebraska hadn’t been in a regional with the Badgers, the Huskers were probably good enough to make the Final Four, he said.

And Cook always kind of looked at this team as a two-year project. Nebraska doesn’t have any seniors, and he is already talking about getting to the Final Four in 2020, when the event returns to Omaha.

“(Wisconsin) has been together for three years,” Cook said. “We’re starting two freshmen. Our team will really benefit and learn from this match. This is going to be something that is imprinted in their brains and psyche of the kind of team we need to be next year. And they learned tonight how tough they can serve, how well they can pass and the level and intensity we have to play at.”

Saturday night's Elite Eight showdown will be a full-circle experience for Nebraska's John Cook, who led the Badgers from 1992-1998.

Husker volleyball notes: Serving will be key vs. Wisconsin; two Stivrinses in the Elite Eight

If Nebraska doesn’t put some pressure on Wisconsin's serving, then the No. 4-ranked offense in the country is coming full strength.

The former Nebraska player and assistant coach helmed Louisville to a head-turning victory against Texas on Friday.