Whitney Lauenstein, a junior in high school at Waverly, is a really good volleyball player, and it’s not just the coaches in Nebraska who knew it.

Oklahoma, Missouri and BYU were among the college volleyball programs that recruited the 6-foot-1 outside hitter.

Nebraska coach John Cook thought Lauenstein was good, too. So much so that he offered her one of the 12 hard-to-earn scholarships the Huskers can allocate for each season.

And once that happened, Lauenstein was ready. At the end of her recruiting trip to Nebraska last weekend she accepted the offer, and Lauenstein announced her decision Thursday.

“My first phone call with John Cook was Sept. 23 and I kind of said that I wasn’t really looking for a walk-on spot,” Lauenstein said. “I had a couple of scholarships other places, and wanted a full-ride, and he said that he wasn’t looking at me for a walk-on. So that’s kind of when I knew that I was interested.”

Nebraska waited to make its scholarship offer until they could do so in person during an official visit. Lauenstein made a scheduled visit to Oklahoma, but knew Nebraska would be tough to top if the offer came.

“It was kind of a no-brainer,” Lauenstein said. “Like, ‘Duh,’ when you get offered a full-ride to your home state it was kind of like, ‘You can’t pass that up.’ Just being from here, and knowing the environment for all sports, but especially volleyball.”

Lauenstein had more than 400 kills and 50 ace serves this season while helping Waverly reach the Class B state tournament semifinals.

Cook attended one of Waverly’s matches during the state tournament. He also attended a regular-season match because Waverly setter Annika Evans is also going to play for the Huskers, starting next season.

The great season Lauenstein had led to a lot of speculation if she would get an offer from the Huskers.

“It was kind of a no-brainer... Like, ‘Duh,’ when you get offered a full-ride to your home state it was kind of like, ‘You can’t pass that up.’

During Lauenstein's visit to Nebraska, Cook also told her that he was impressed that she works a part-time job, because it shows she’s responsible. She works at the Honeycreek restaurant in Waverly.

Lauenstein feels really good that she’ll now be in that class.

“I’ve been around those girls — Lindsay and Rylee — and they’re great players and I’m pumped to play on the same side of the net, and not have to go against them,” Lauenstein said.

After state championships are crowned, what does 2020 volleyball season have in store?

You know the adage: There's always next year.

A minor bump in the road wasn’t enough to slow down a determined Waverly team.

WAVERLY — Annika Evans prides herself in spreading the ball around to a bevy of Waverly hitters.

In a span of about 30 minutes on Friday evening the Nebraska volleyball team experienced one of the lowest moments of its season, and also one…

Nebraska volleyball coach John Cook often talks about the fine line between success and failure when you’re serving in a college match.

In the moments before the fifth set during the Nebraska volleyball team’s match against Minnesota last week, the TV cameras for the Big Ten Ne…

After sweep of Maryland, Huskers have one more match to make case for high NCAA Tournament seed

Lexi Sun and Jazz Sweet had 10 kills apiece to lead the sixth-ranked Nebraska volleyball team to a 25-20, 25-15, 25-18 win against Maryland on Friday at the Devaney Sports Center.

'I get the most joy when we really shut teams down': Huskers shine on defense heading into NCAA Tournament

Nebraska sweeps Ohio State to finish the regular season with a 17-3 record in league play. 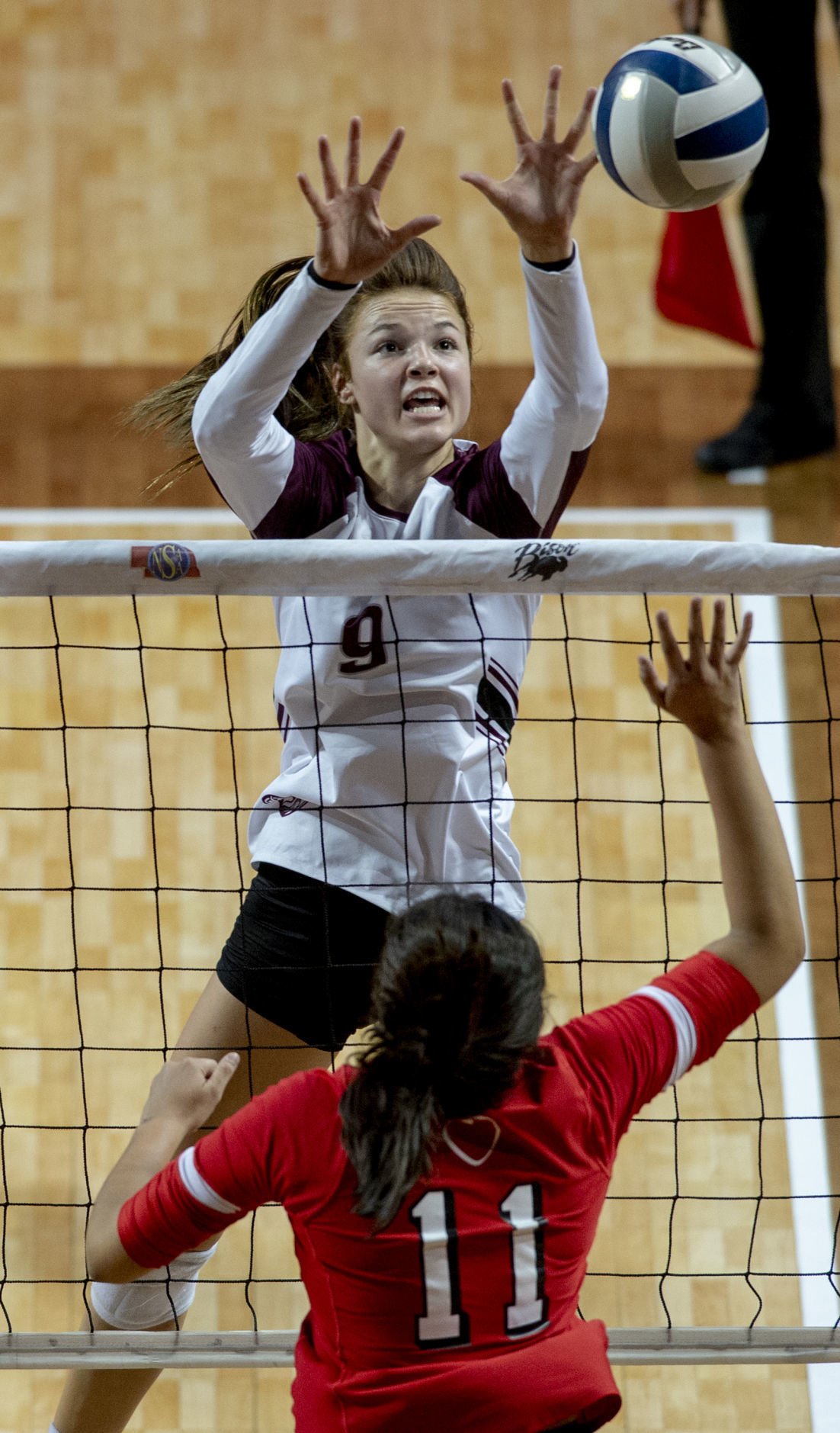 Waverly's Whitney Lauenstein (9) blocks a hit against Omaha Duchesne in the Class B volleyball semifinals Nov. 8 at Pinnacle Bank Arena.