Part of being a successful college athlete is being able to handle adversity and adjust when uncomfortable experiences arise during a game or season.

Lexi Rodriguez, one of the new members of the Nebraska volleyball team, has a headstart in that area before playing a college match.

Rodriguez had already made plans to graduate from high school in December and begin her college career in January.

With a desire to play high school sports one final time, and wanting to stay active, Rodriguez decided to find a different sport to play.

So about an hour after the volleyball season was postponed, Rodriguez made the decision that she would try to earn a spot on the high school tennis team instead.

“Volleyball had got (postponed), so me and my parents were looking at what sports were available and we all agreed that tennis would be a cool sport to try,” Rodriguez said.

Swimming and golf were the other options for the fall season.

Rodriguez had never played another sport in high school, and she hadn’t played tennis competitively prior to August.

“I hadn’t really played any leading up to that,” Rodriguez said. “I went to the park before with my friends to mess around and stuff, but that was pretty much it. I hadn’t actually trained.”

Rodriguez had an old tennis racquet, but she went and bought a better one before the first practice.

“I didn’t even know how to keep the score, so I had to learn pretty much everything at the first practices,” she said.

Rodriguez is a libero in volleyball, and some of the footwork and quickness from the sport helped her in tennis.

But her fast success in tennis was really something. Rodriguez initially wondered if she’d even make the team. But by the first meet, she was in the No. 1 doubles slot and won her first match. And by the end of the season, she placed third at the sectional meet, beating two higher-seeded players along the way. Rodriguez qualified for the state meet, but the event was canceled.

Kelly Reynolds, the tennis coach at Sterling, was impressed.

“She showed up the first day of practice and her strokes were flawless,” Reynolds said. “We started her in doubles because she was amazing at the net, but soon figured out she was an amazing singles player. She is so competitive that she wanted to win it all, or lose it, all on her own.”

Reynolds was born in Lincoln, but her family moved when she was young. But the coach has several ties to Nebraska still, and it’s fun for her to tell her family she was the last coach Rodriguez had before she became a volleyball player for the Huskers.

“Lexi is an absolute doll, and I am so excited to follow her success,” Reynolds said.

Rodriguez finished with a 7-5 record in doubles and had a 4-1 record as the No. 1 singles player.

Rodriguez knows her volleyball experience benefited her in tennis.

“I think it’s pretty similar to volleyball, actually, with some of the movements and footwork, so I think that’s why it came pretty naturally,” Rodriguez said. “It was still difficult at times. The concept is easy; it was just hard to stay consistent and everything.”

Rodriguez helped Sterling win the state volleyball championship as a sophomore and junior, but she won’t have that opportunity as a senior.

“I didn’t even know how to keep the score, so I had to learn pretty much everything at the first practices."

Instead, she’s training with the Huskers now after joining the team last week. She won’t be eligible to play in matches when the season begins in two weeks but can train with the team. Rodriguez will begin playing during the fall 2021 season.

When the high school season got moved, Rodriguez thought about if she should still graduate early. Volleyball is one of several sports in Illinois that still has restrictions because of COVID-19.

“I thought about it a lot,” Rodriguez said. “(Volleyball) was the only thing that was kind of keeping me back, but I decided that everything is so unknown that it’s better for me to just go and get a head start and get reps at the college level.”

She was the starting libero for the United States youth national team when it won a world championship in 2019.

Rodriguez is the top-ranked libero recruit in the nation in her class, according to Prepvolleyball.com. Nebraska coach John Cook was asked why he thinks Rodriguez was No. 1.

“She’s great at every skill for a libero, and she’s a really nice little athlete,” Cook said.

Rodriguez already has had some exposure to college volleyball because her sister, Kaylee Martin, plays volleyball at Illinois State.

Rodriguez was the first player to commit in Nebraska’s recruiting class that ended up having six players and being the No. 1 recruiting class in the nation. She committed in 2017, about one month before she played her first high school match.

The Nebraska volleyball program put a bigger emphasis on its most important summer camp for middle school and high school players this year.

Husker players are anxious to get the volleyball season started, but there's a lot of uncertainty about how things will go while trying to play during a pandemic.

The sophomore from Dallas was the only player on Nebraska’s 15 player roster who wasn’t present for a team photo this week.

The Huskers had a dress rehearsal and followed the normal routine for a match day as a refresher and to acclimate Nebraska’s four new players.

After a long stretch without a match, No. 4-ranked Nebraska will have to come out of the break playing at a high level. 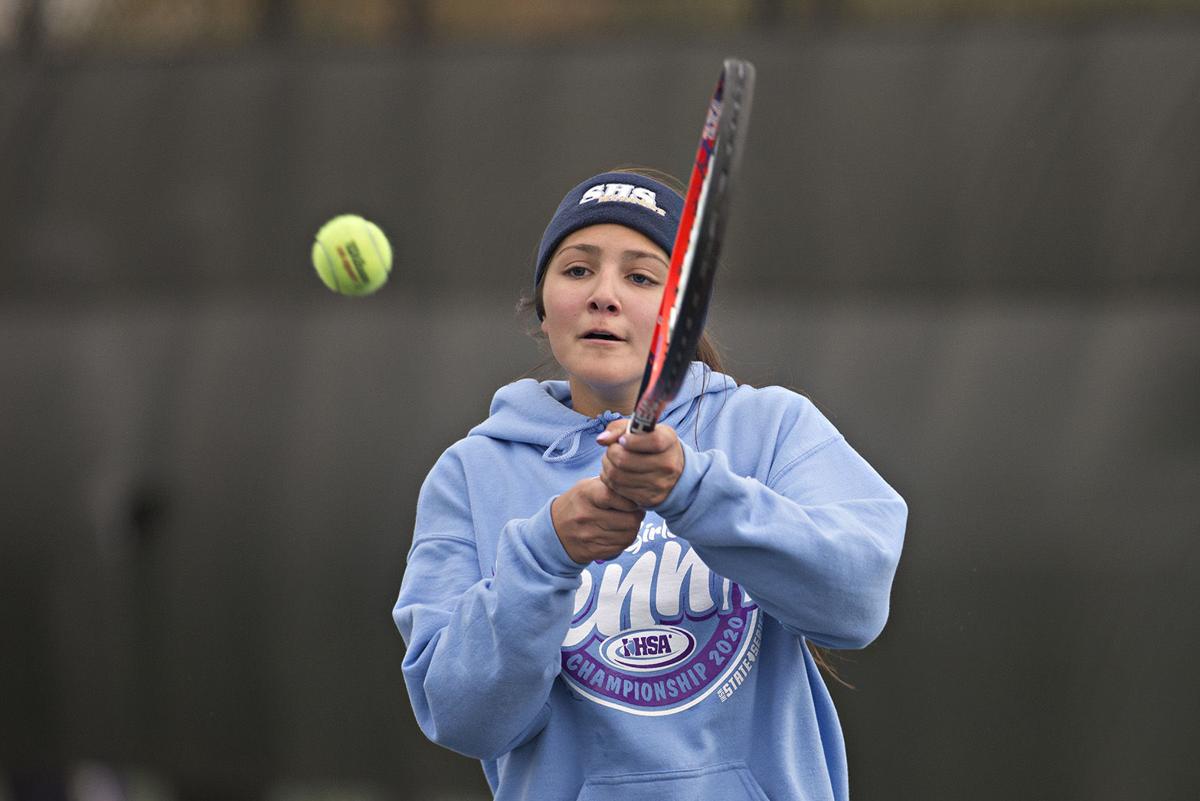 When the high school volleyball season in Illinois was postponed because of the coronavirus pandemic, Nebraska volleyball recruit Lexi Rodriguez went out for the high school tennis team for the first time instead. She had a 4-1 record as a No. 1 singles player. 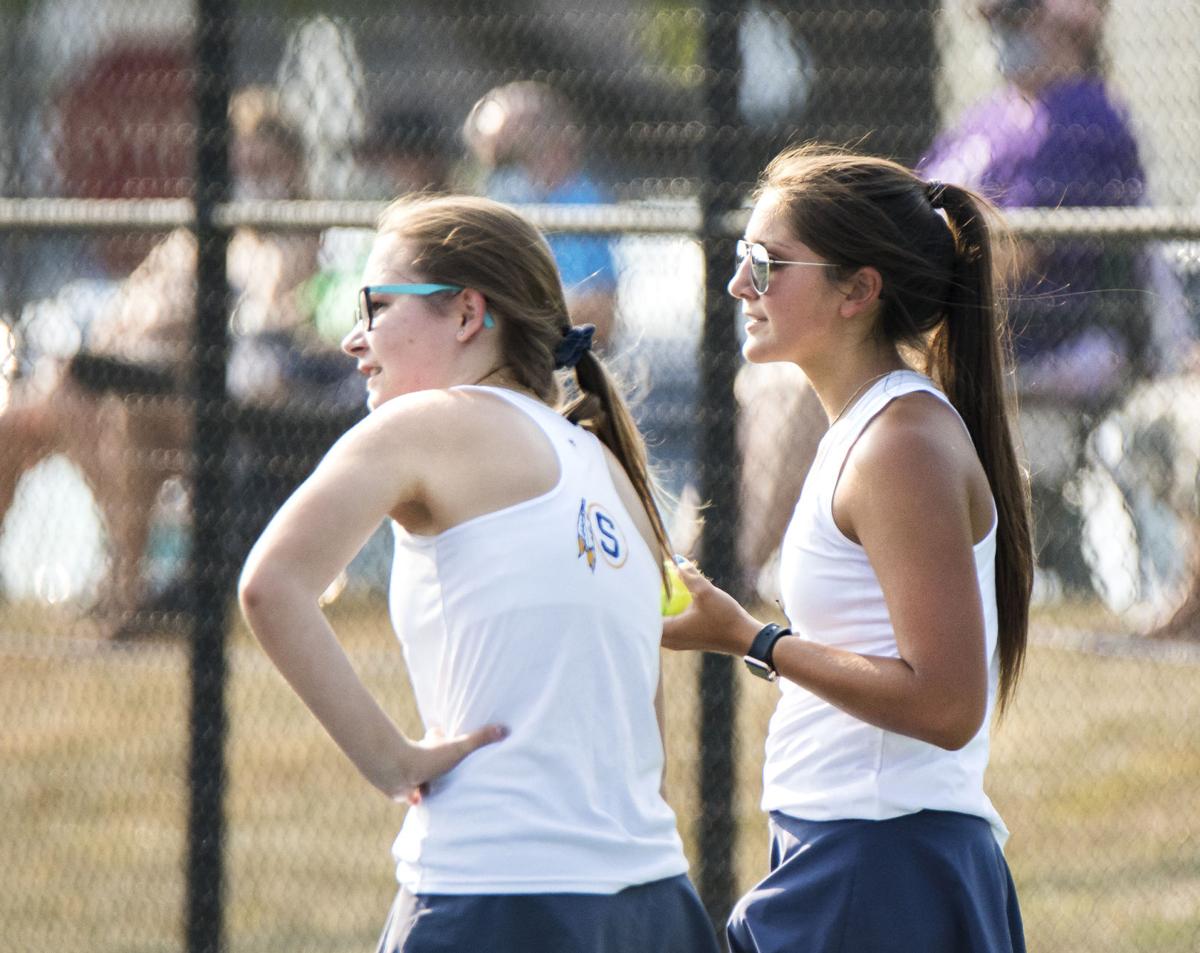 Nebraska volleyball recruit Lexi Rodriguez (right) had a 7-5 record as a No. 1 doubles player during the high school tennis season in Illinois. She’s shown here with partner Anna Meltzer during a match against Newman on Aug. 25 in Sterling, Illinois.