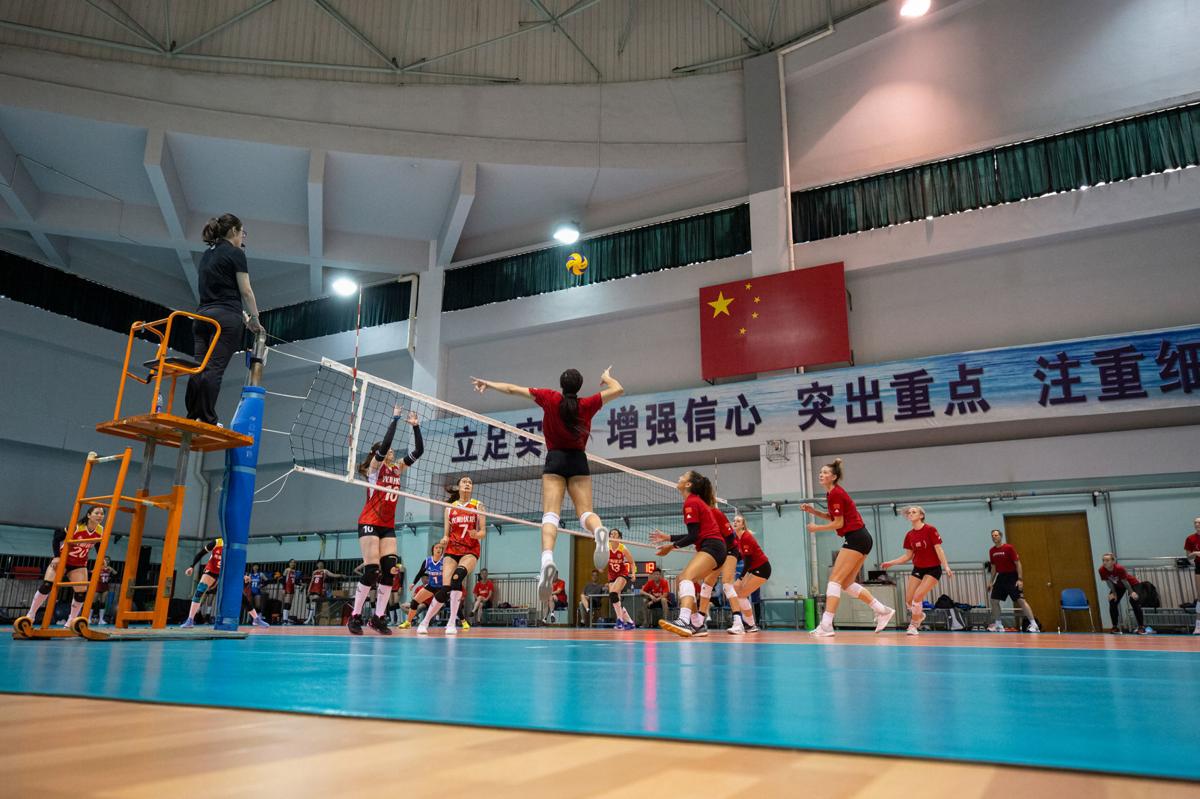 Nebraska outside hitter Capri Davis goes up for an attack during a match against a professional team in Shanghai, China. 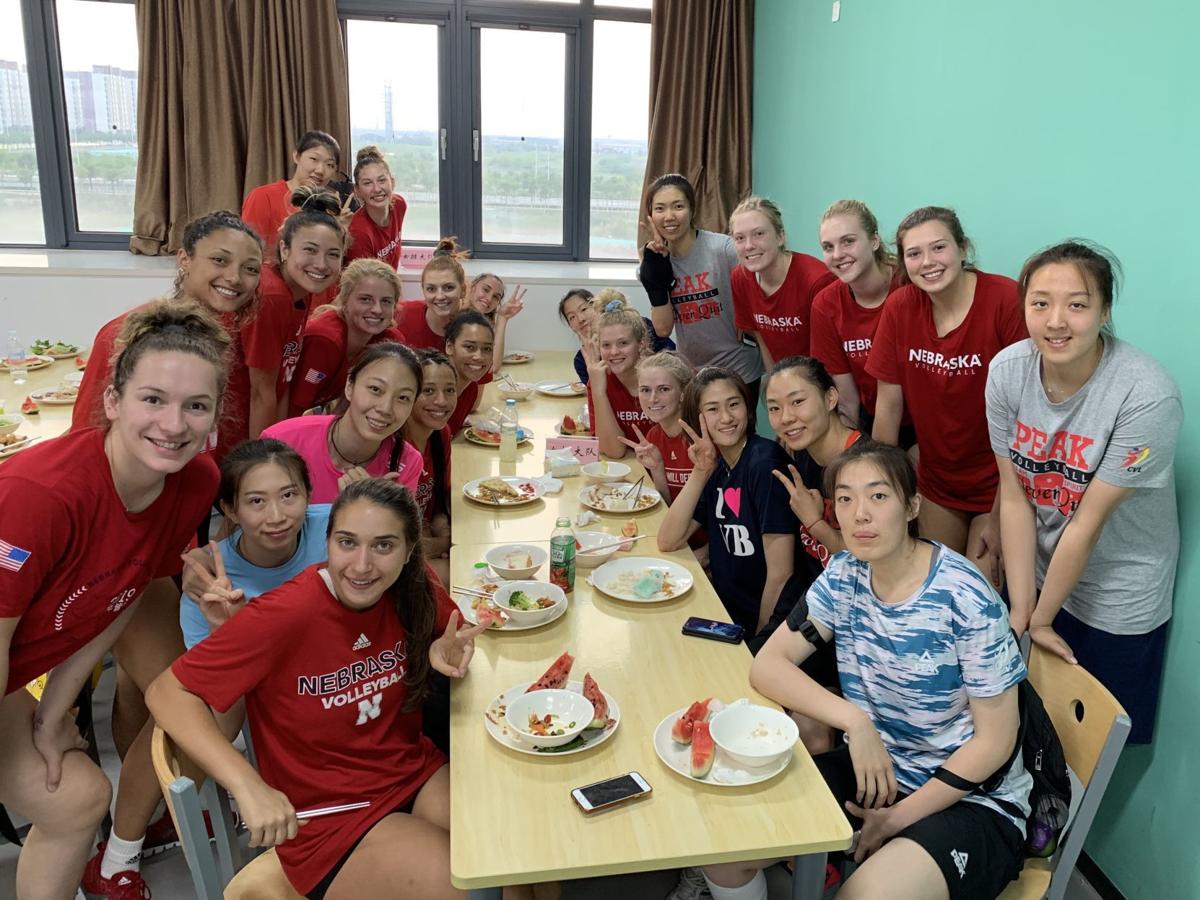 Just like a parent taking their children on a summer vacation, one way Nebraska volleyball coach John Cook knows the team’s trip to Asia earlier this summer was a success is that the players weren’t always looking down at their cell phones.

“One of the ways you measure that is if they’re having a good time and they don’t have their phones, and they’re not worried about their phones, that’s usually a good sign that everyone is enjoying being with each other,” Cook said.

College volleyball teams are allowed to go on an international trip once every four years, and Nebraska used its chance to go on a 17-day trip to Japan and China earlier this summer, with the team returning to Lincoln on July 2. Now the players are back to strength and conditioning workouts, summer school and helping coach at volleyball camps.

Cook was very pleased with the trip, mentioning how well it went, and how the freshman class continues to look like they’ll be ready to play, with Nebraska facing a couple of significant losses after Mikaela Foecke and Kenzie Maloney graduated.

Of the 15 players on the trip (freshman Emma Gabel is injured), five were freshmen.

Cook has been taking teams to Asia since he became the Nebraska head coach in 2000, and he’s seen the countries develop in that time.

“China has gotten so much better as a country,” Cook said. “The food is great, the hotels are great, the buses are great. It’s unbelievable how much it has changed. And of course in Japan everything is dialed in because they’re getting ready for the Olympics (in 2020).”

During the trip, the Huskers played against several professional teams. When you combine drills, scrimmages and matches, Cook said the Huskers had about a .500 record.

“That’s about as good as we’ve been,” Cook said.

The team usually had two consecutive days of volleyball, followed by one day of recovery or travel. On the training days they usually had two-a-day practices.

Asked which players impressed him during the trip, the first person Cook mentioned was Riley Zuhn, a 6-foot-5 freshman from Fort Collins, Colorado, who has trained at both outside hitter and middle blocker.

“I had no idea what to expect, and she was our best blocker on the trip,” Cook said.

Two other players who had good stretches of play were Jazz Sweet, a right-side hitter looking to elevate her play to All-American level as a junior and sophomore middle blocker Callie Schwarzenbach.

One of the late additions to the roster for the 2019 season was Nicole Drewnick. She was expected to be part of the 2020 recruiting class, but graduated from high school early and joined the program in June. She’ll try to push returning starter Nicklin Hames at the setter position, but could also play other positions.

“She did well,” said Cook of Drewnick. “She was actually setting when we beat Shanghai, and we’ve never beaten them before. She’s got a great serve, can block, sets. She has a high volleyball IQ. She understands the game. She makes plays where it’s all based on feel; it’s not things you coach. Nicklin is that way, too.”

After change in plans, recruit from Dallas plans to join Nebraska volleyball team one year early

Yes, this is all a little bit crazy and a lot of work what Nicole Drewnick is doing — graduating from high school early and moving from Texas …

Saturday morning, the Nebraska volleyball team will leave on a 2½-week trip to Japan and China.

Nebraska outside hitter Capri Davis goes up for an attack during a match against a professional team in Shanghai, China.