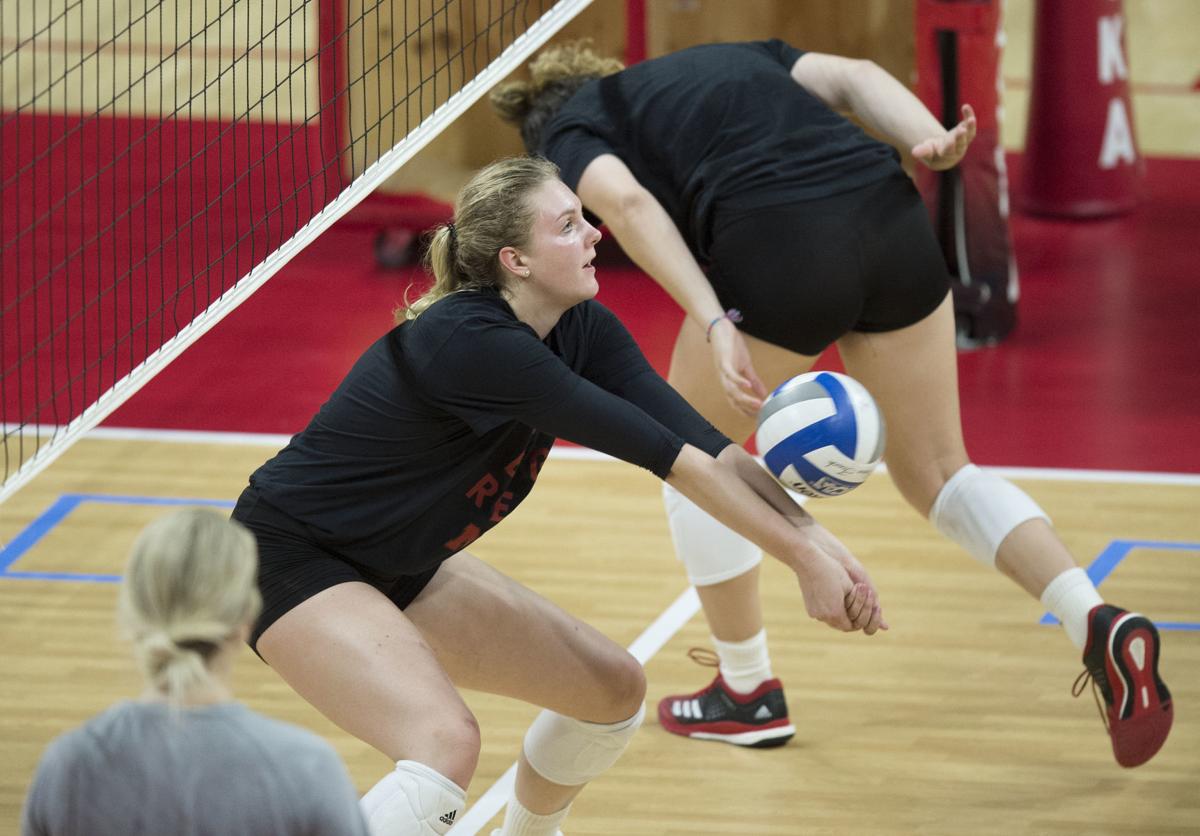 Nebraska's Riley Zuhn digs out a shot on Aug. 10 during the volleyball team's second practice of the season at the Devaney Sports Center. 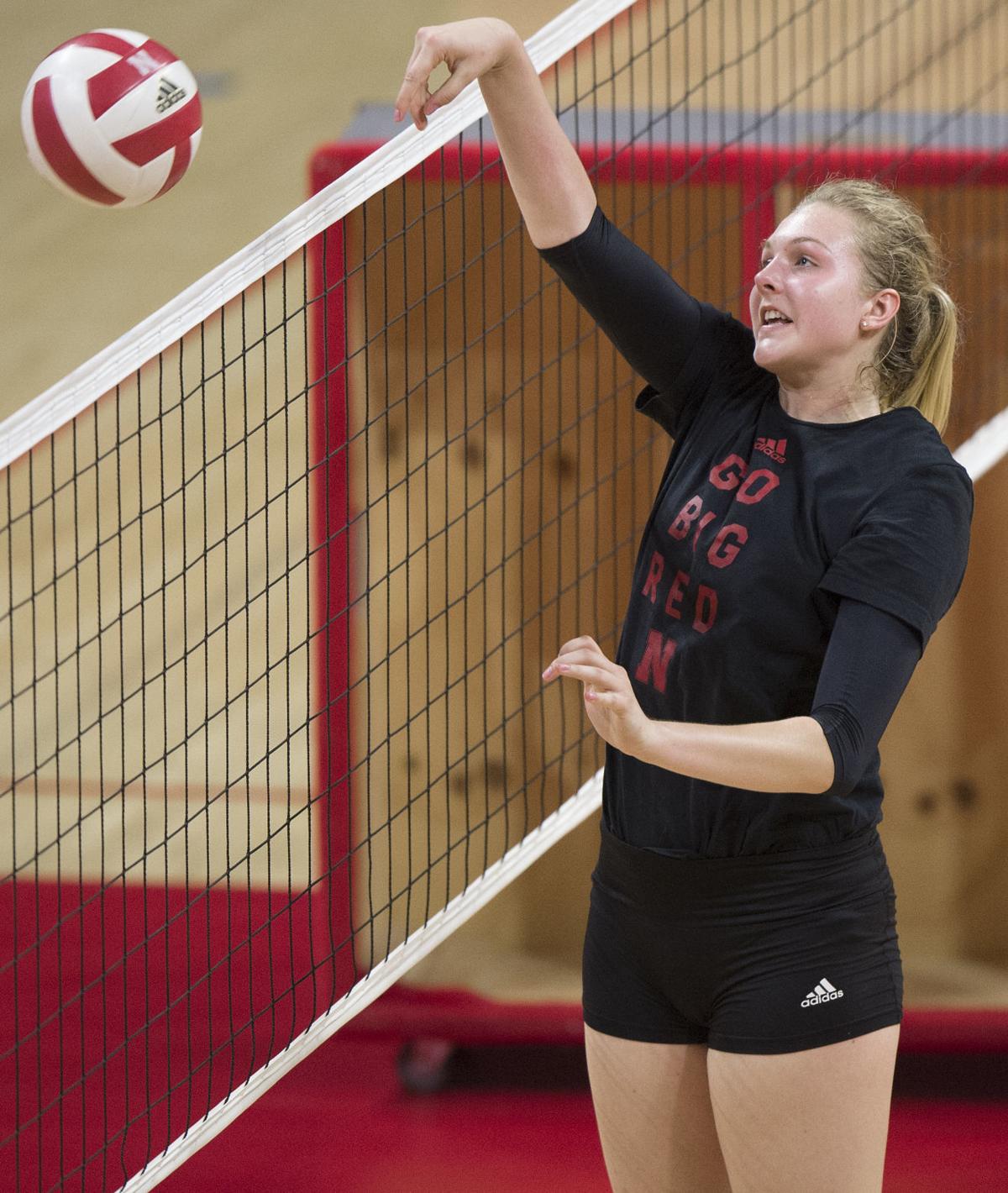 Nebraska's Riley Zuhn in action on Saturday during the volleyball team's second practice of the season at the Devaney Sports Center. 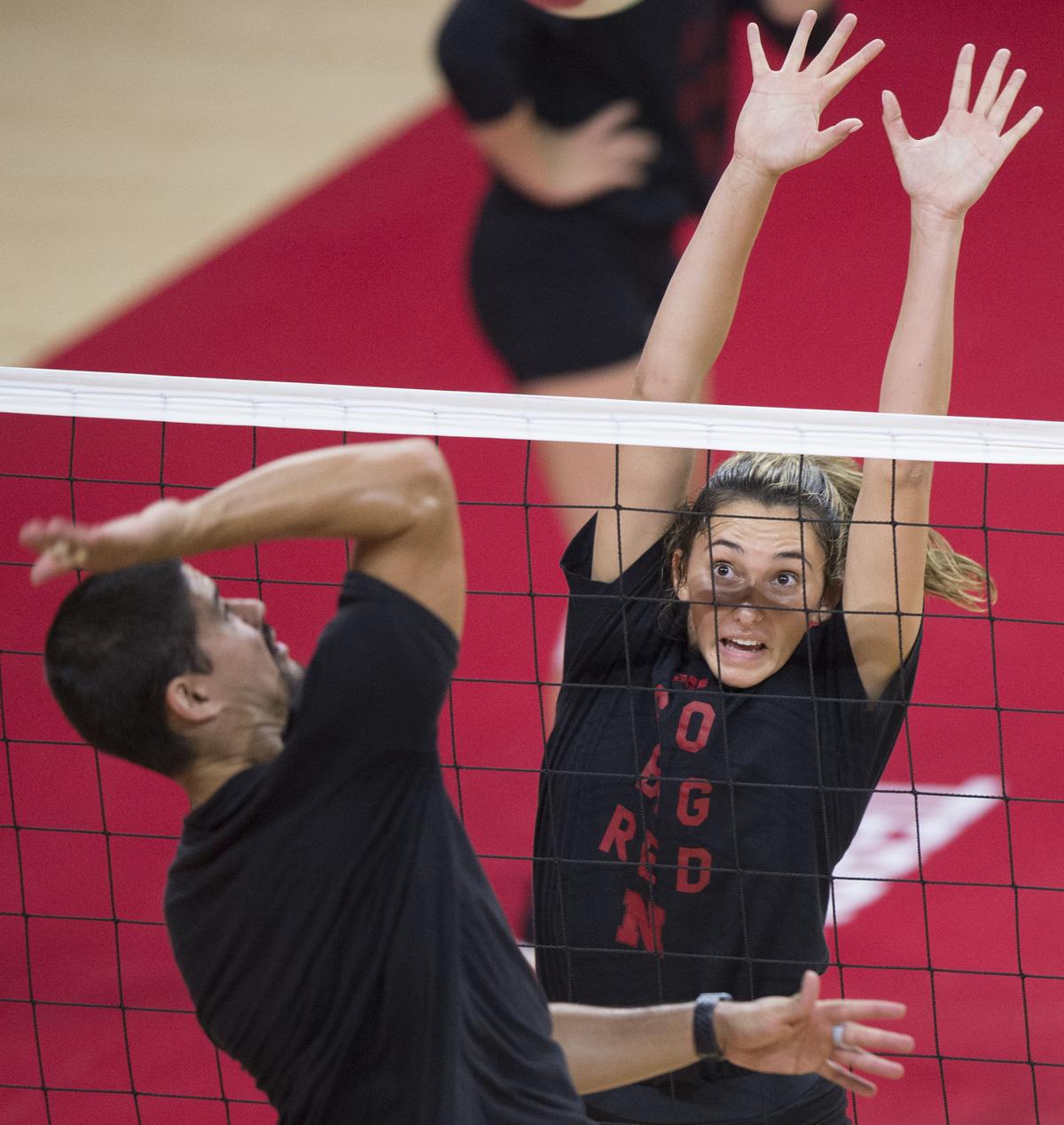 We won’t know exactly how good the Nebraska volleyball team is until December, and it will be really difficult to be better than last year, when the Huskers were just a few points short of winning the national championship.

But it’s already looking like there may be better players on the team than last season, thanks to five sophomores who've improved a lot and the arrival of the No. 2-ranked recruiting class in the nation, according to Prepvolleyball.com.

That talent upgrade is making practice fun, or a pain, depending on how you look at it. It's not uncommon to see the group of backups win a few rallies in a row against the starters during 6-on-6 drills.

“We just got beat by our B side,” said Nebraska middle blocker Lauren Stivrins on Thursday. “Anyone can play, and it’s really cool to see. It’s like constant competition in the gym.”

Nebraska, which will begin the season ranked No. 2 in the nation, will have its Red-White Scrimmage on Saturday at 6 p.m. There are a limited number of tickets available for the match, which was a sellout last year for the first time.

While it still looks like it will be tough to unseat the group of starters from the spring season — setter Nicklin Hames, outside hitters Lexi Sun and Madi Kubik, right-side hitter Jazz Sweet, middle blockers Lauren Stivrins and Callie Schwarzenbach and libero Kenzie Knuckles — there is another group of players behind them who are pretty good, too.

The No. 2 group that at times includes outside hitter Capri Davis, right-side hitter Anezka Szabo, middle blocker Riley Zuhn, setter Nicole Drewnick and defensive specialists Megan Miller and Hayley Densberger was doing a good job of winning points against the starters on Thursday.

And coach John Cook says it’s been that way more than once during the first two weeks of practice.

“Oh yeah, they’ve won every big competition day we’ve had,” said Cook of the B side. “We got a lot of good competition going.”

Nebraska has experienced a talent upgrade in the last five years. Now 10 of the 16 players on the roster were top-40 national recruits in their respective classes, including five in the top-10 (Sun, Kubik, Hames, Stivrins and Schwarzenbach). And Drewnick may have been a top-40 recruit if she hadn’t reclassified to the 2019 class.

“I think if you look at top to bottom (with) 14 players, it’s pretty competitive out there,” Cook said. “Every drill is great competition and they got to play well to win it. It doesn’t matter which side they’re on. That part is pretty good. I don’t think anybody can cruise in practice. That’s what I’m learning, if you cruise you ain’t going to play.”

The team is further along than in previous years because a lot of the team was together for spring practice. The team also saw extra practice this summer in advance of its trip to China and Japan.

When the B team is having success against the A side in practice it brings mixed emotions.

“It’s frustrating, but at the end of the day those are your teammates and you want someone who is going to push you to be better,” Stivrins said. “So to have that competition every single day when we walk into this gym is something that is going to help us in the long run. Obviously it kind of sucks right now.”

Two players injured: Defensive specialists Chen Abramovich and Emma Gabel haven’t been practicing, and won’t be able to anytime soon. Gabel, a true freshman walk-on from Lincoln, injured her knee during the club season and won’t play this season. Abramovich has a broken foot. She played in one match last season.

The Nebraska volleyball All-Americans display near the locker room at Devaney got a complete update. The old one was running out of room for new photos. pic.twitter.com/3SioS673tH

Nebraska's Riley Zuhn digs out a shot on Aug. 10 during the volleyball team's second practice of the season at the Devaney Sports Center.

Nebraska's Riley Zuhn in action on Saturday during the volleyball team's second practice of the season at the Devaney Sports Center.