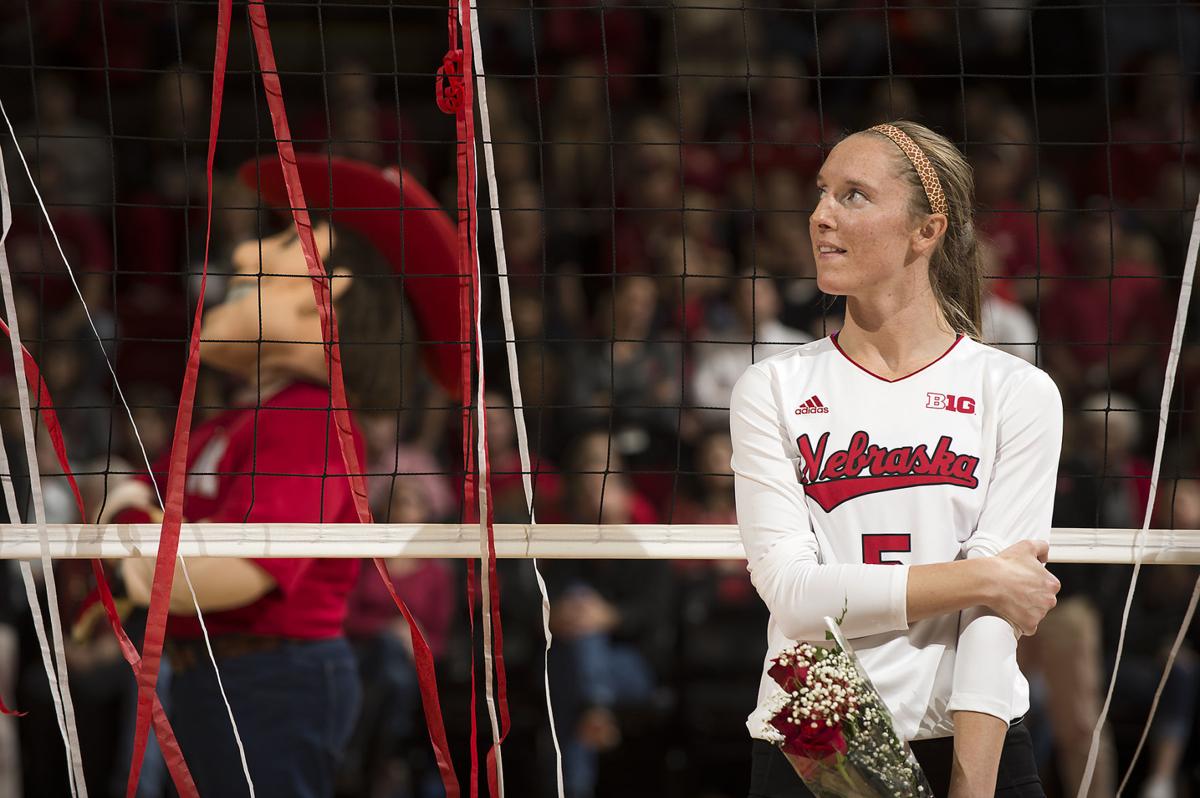 Amber Rolfzen watches a tribute to her sister, Kadie, during senior night ceremonies at Devaney Sports Center in 2016. Amber, a two-time All-American at Nebraska, has experienced the current coronavirus pandemic in two waves — first in Italy, then at her family's home in Papillion. 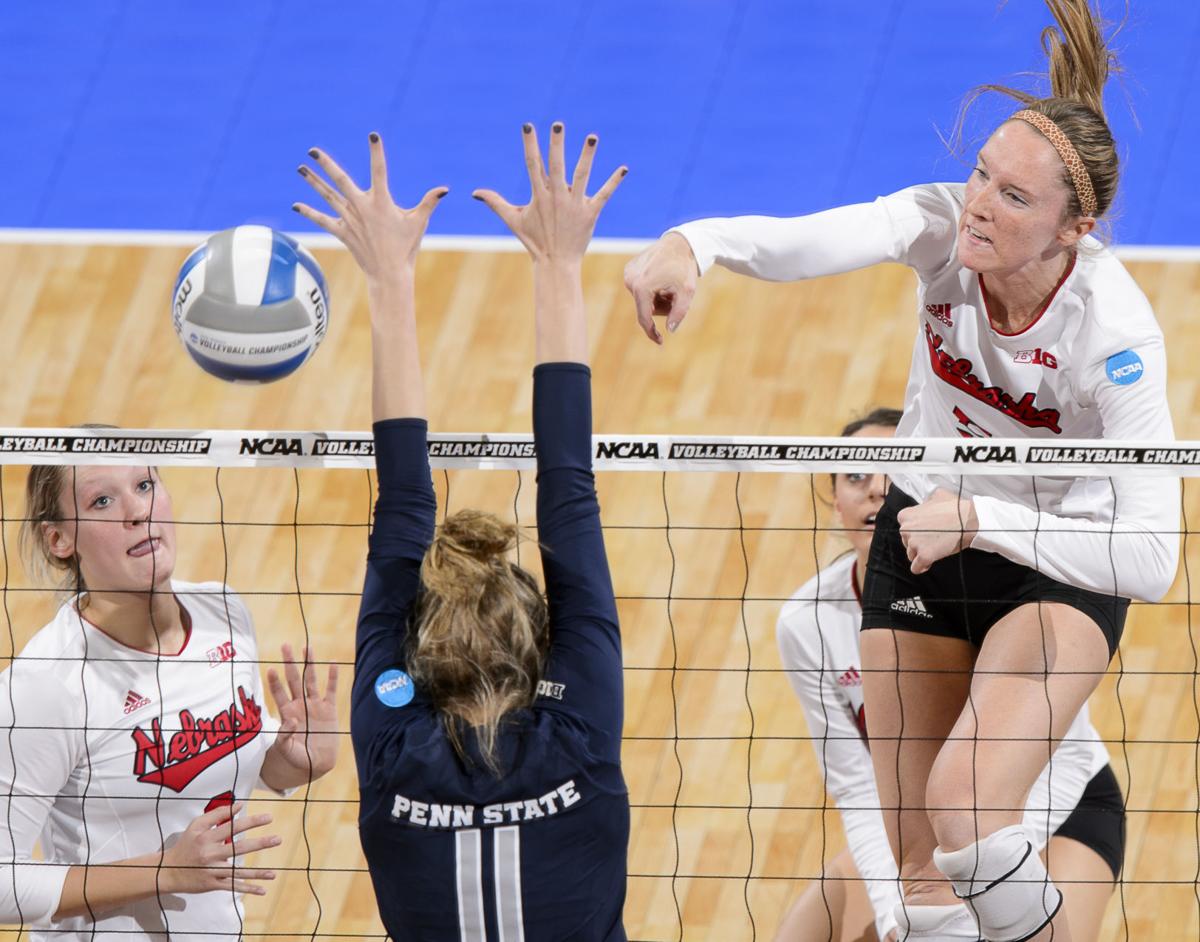 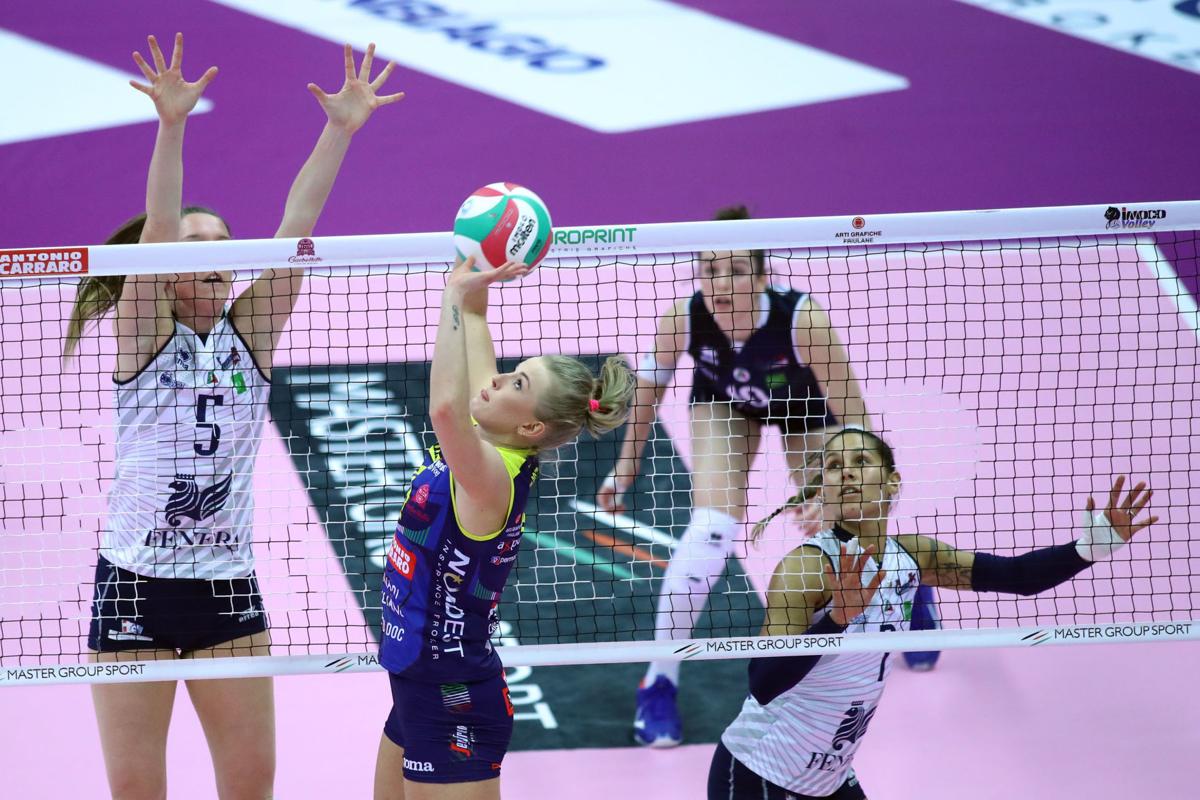 Amber Rolfzen (5) goes for a block while playing in a match for Chieri, Italy, this season in the Italian League. 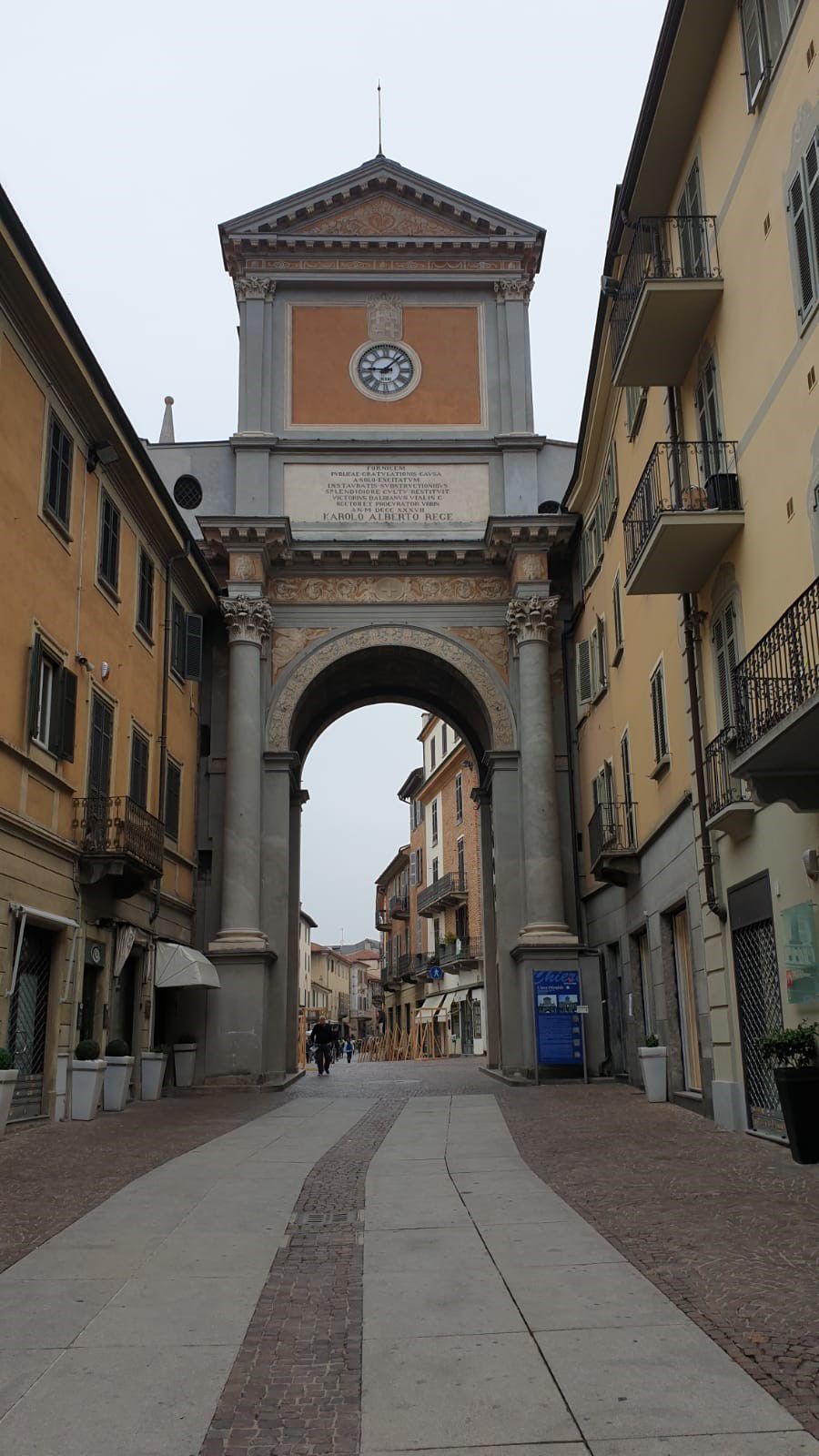 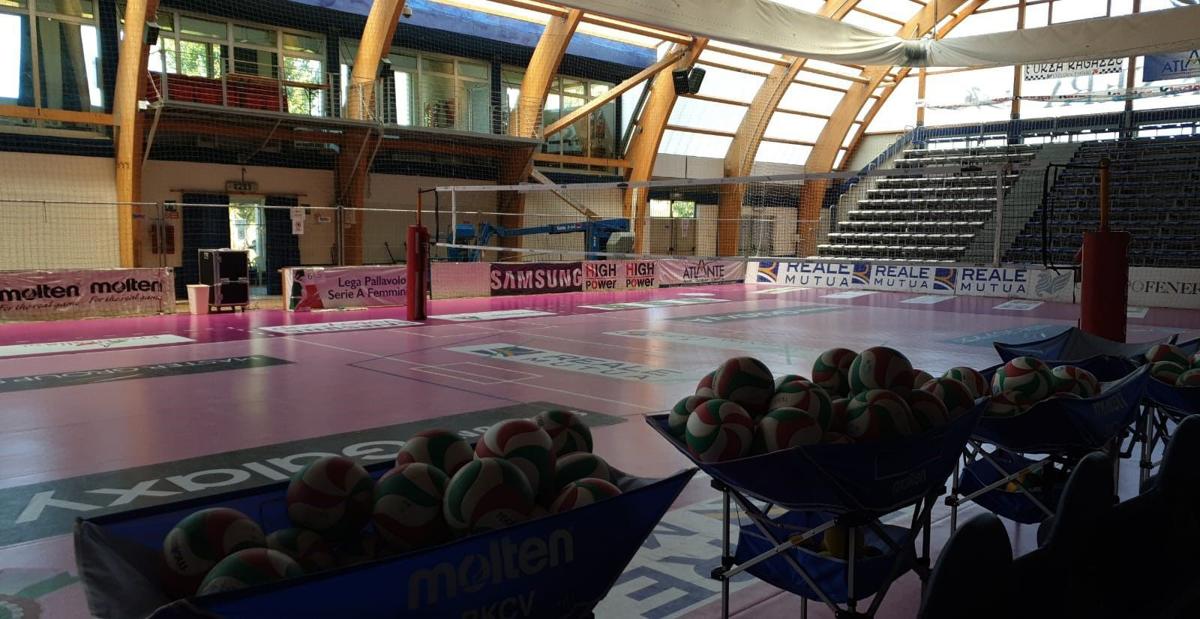 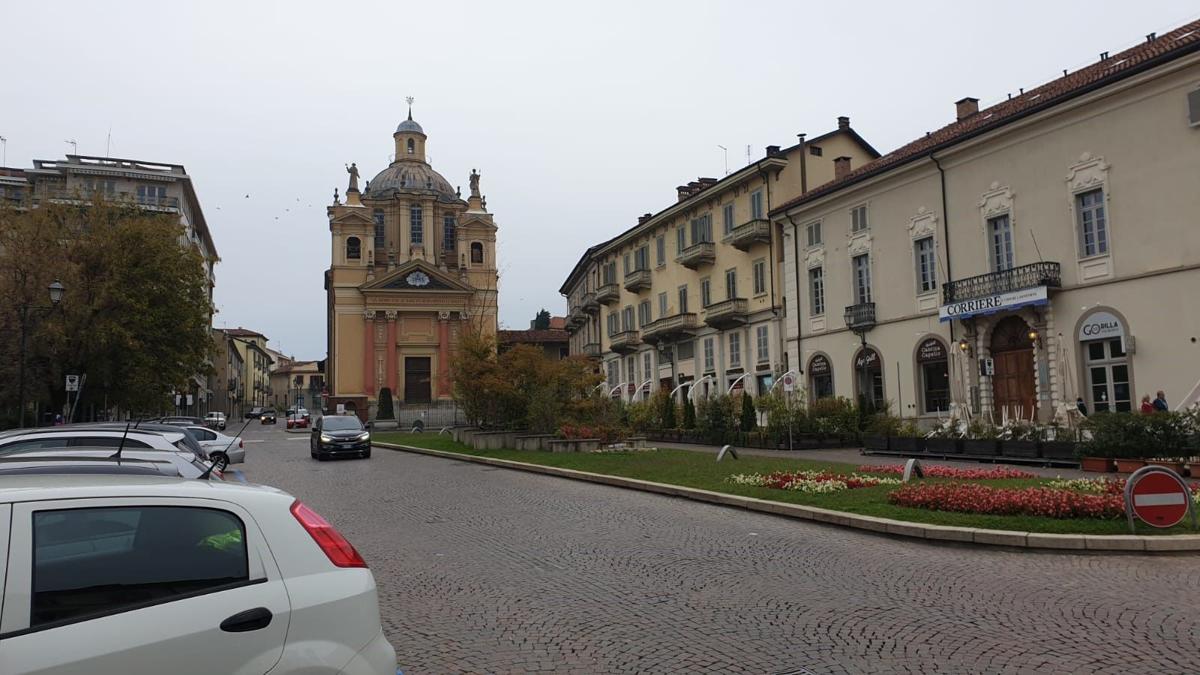 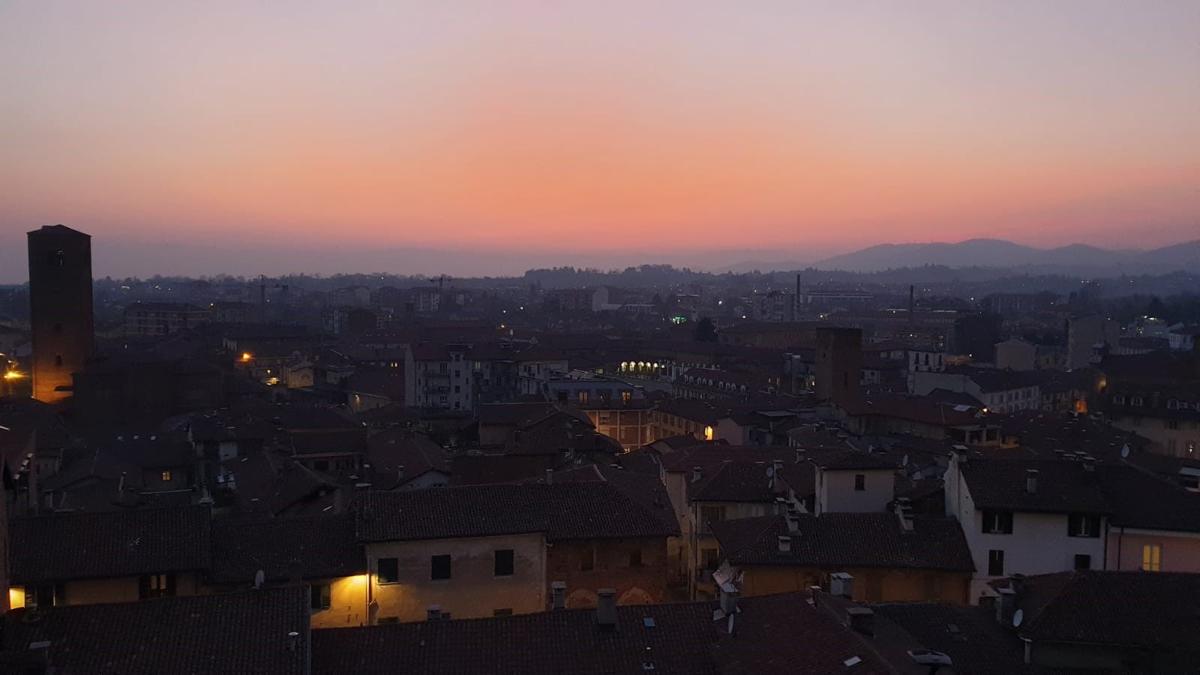 Overlooking Cheri, Italy, where Amber Rolfzen was a professional volleyball player this season.

Amber Rolfzen, the two-time All-American volleyball player for Nebraska and member of the program's 2015 national championship team, has gotten very accustomed to the stay-at-home recommendations due to the coronavirus pandemic.

Rolfzen has now experienced the worldwide health catastrophe in two waves. The first time was in February in Italy, where she was a professional volleyball player. Then last month she returned to her family’s home in Papillion, arriving here as the virus was spreading across the U.S. Italy is one of the countries that has been most affected by the virus, including more than 128,000 confirmed cases and 15,000 deaths.

And after four seasons as a pro volleyball player, Rolfzen has retired, meaning the final season of her pro career was cut short by the virus.

It was in December 2016, just two weeks after Rolfzen played her final match for Nebraska, that she began her pro career, playing for a team in Dresden, Germany. Her twin sister, Kadie, also played on that team.

In the years since Amber Rolfzen has played on teams in Beziers, France; Saint-Raphael, France; and this year in Chieri, Italy. Her team in Beziers won the French championship. Amber Rolfzen also played one summer with the U.S. national team in 2017.

Kadie Rolfzen, who also retired recently and is back home, also played on teams in China and Japan.

Chieri is a city of about 37,000 residents in northern Italy. The city reminded Rolfzen of Nebraska, with agriculture land just outside of it.

“It’s one of those small towns where everybody knows the volleyball players, and would recognize you on the street,” she said.

While each pro team and league is different, it’s often a big adjustment for the players going from college to the pros. Rolfzen’s team only got about 1,000 fans for matches, although alcohol being served helped fuel a rowdy crowd. And the team only played about one match per week, leaving lots of downtime for the players. Rolfzen used some of that time to earn her master’s degree online. She’s scheduled to graduate in May, and her professional goal now is to work with a college volleyball team in an administrative role.

But being a pro volleyball player gave her time to travel. In most pro leagues, players are provided apartments and cars, in addition to their salary.

“The best part I think is that you are in Europe, and you are so close to everything,” Rolfzen said. “Like I went from Chieri to Rome, which is about a 7½ hour drive, in three hours (by train). I went to Rome on an off-day. I did a decent amount of traveling on my off-days the last four years.”

This season began in October. It was going well until the matches were suspended, with Chieri sitting in seventh place in the Italian League standings and in position to make the playoffs.

In addition to players from Italy, Rolfzen’s team had players from Puerto Rico, Belgium, Estonia and the Netherlands.

It was in January that Roflzen first began to hear about COVID-19. Parts of Italy were on lockdown. The last match Rolfzen played was on Feb. 16. After that the season was suspended, and the league hoped to resume in April. The players stayed in Italy, but didn’t leave their apartments very often.

After about three weeks of waiting, Rofzen and the other American on her team, former Illinois setter Jordyn Poulter, got approval from their team to return to the U.S.

The virus hadn’t yet hit Chieri badly, Roflzen said, but they were concerned about the quality of care they would receive if they did get sick. And they were afraid they would get stuck in Italy due to travel bans.

“We would talk about it every day,” Rolfzen said. “We would see how the death rate would just skyrocket every day. That was the scary part. You worry about your teammates’ families. A lot of them already hadn’t seen their parents because they didn’t want to risk (getting them sick).”

Less than 24 hours after getting approved to leave the country, Rolfzen was headed home via Turin, Italy; Munich; Denver; and Omaha.

On her flight from Italy there were only about 20 people, three of whom were American volleyball players. At the Munich airport the scene was more chaotic, with Americans rushing to get home. One family arriving from Denver on a spring break trip got off the plane, learned of looming travel bans and almost immediately were on a flight back to Denver.

Roflzen got back to the U.S. on March 12, and about one day later President Donald Trump suspended all travel between the U.S. and Europe. Rolfzen went into isolation for two weeks, but never experienced any coronavirus symptoms.

The Italian League hopes to still have its playoffs at some point, but the American players won’t return to finish the season.

Rolfzen, 25, is excited for the next chapter of her life, but is glad she played professionally, and would recommend doing so to other college players, even if only for one season.

Former Husker Jordan Larson's Olympic hopes are on hold after the postponement of the Tokyo Games.

Larson helped the team to a top-five finish in the NCAA Tournament in each of her four seasons, including a national title in 2006.

Fallon Stutheit is leaving the Nebraska volleyball program and transferring to Nebraska-Kearney.

Rolfzen retired from a four-year professional volleyball career in the spring.

Amber Rolfzen watches a tribute to her sister, Kadie, during senior night ceremonies at Devaney Sports Center in 2016. Amber, a two-time All-American at Nebraska, has experienced the current coronavirus pandemic in two waves — first in Italy, then at her family's home in Papillion.

Amber Rolfzen (5) goes for a block while playing in a match for Chieri, Italy, this season in the Italian League.

Overlooking Cheri, Italy, where Amber Rolfzen was a professional volleyball player this season.