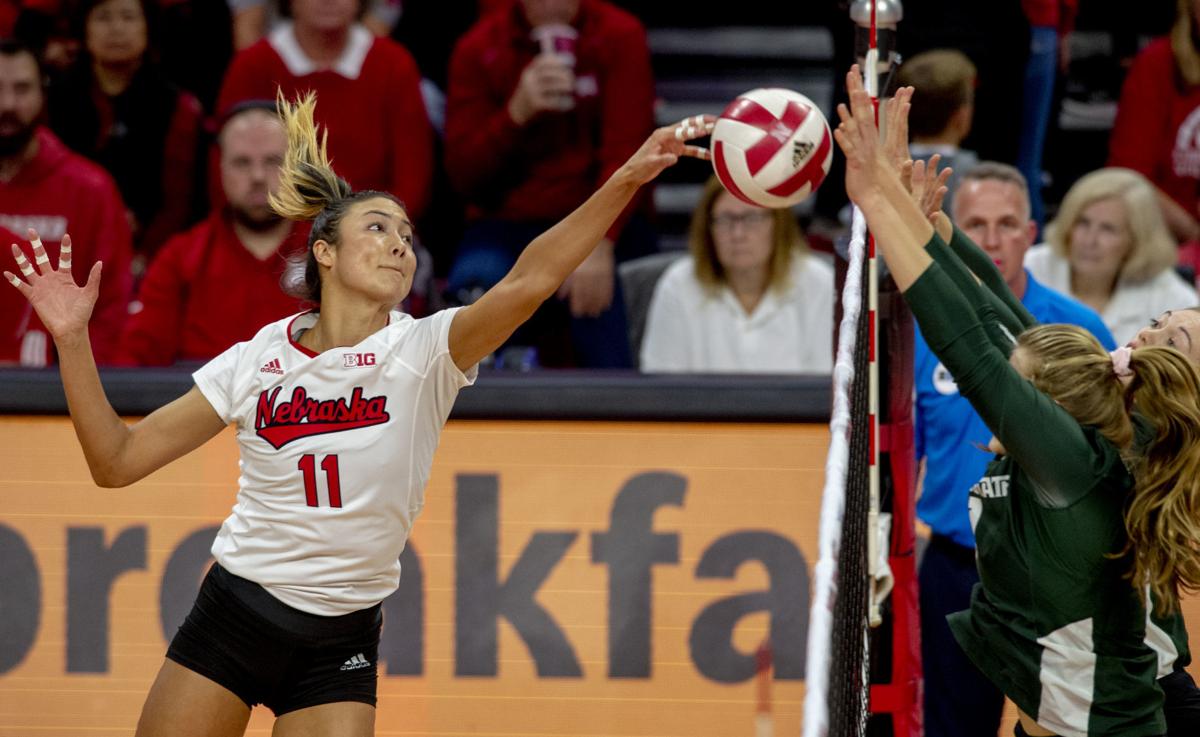 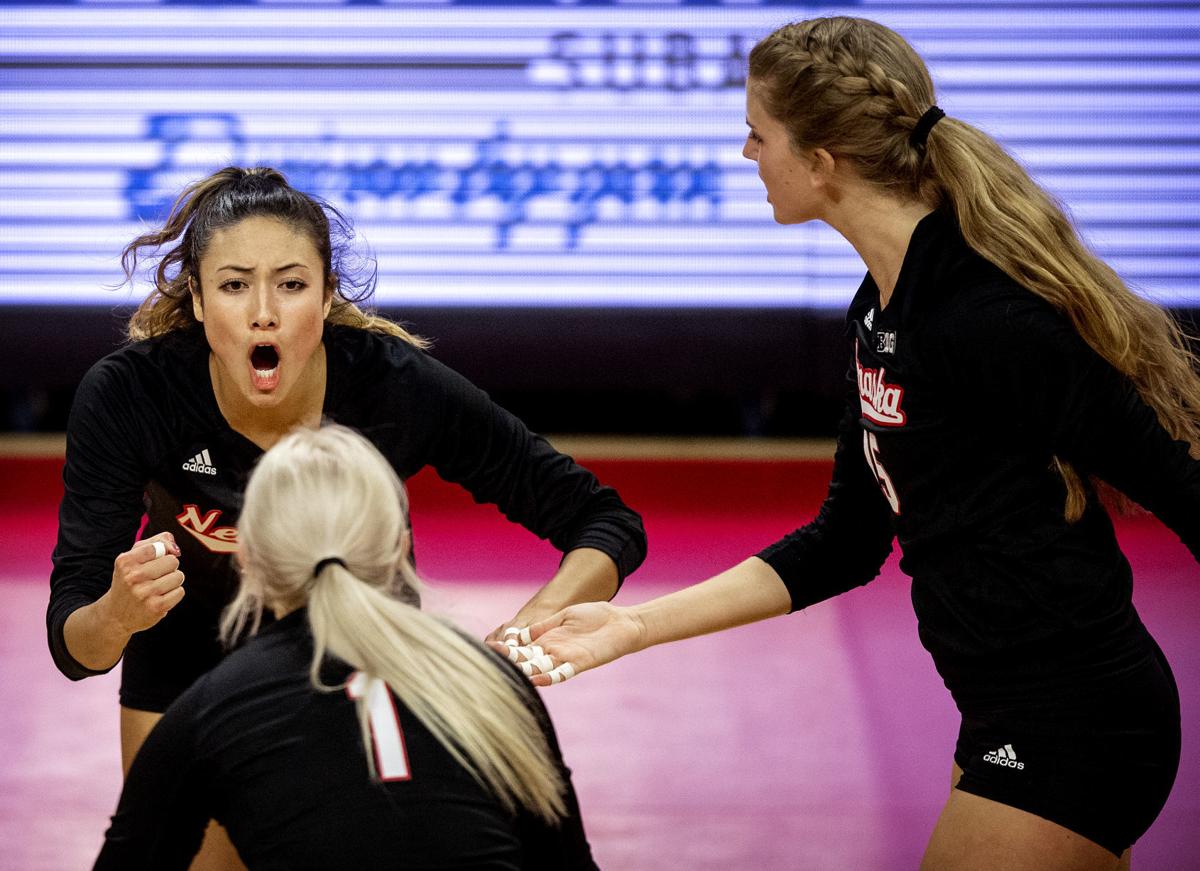 Lexi Sun has a new accomplishment on her résumé, and it’s one that shows what she’s achieved instead of her potential: All-American volleyball player.

Last week, the Nebraska junior outside hitter was named a third-team All-American by the American Volleyball Coaches Association for 2019. It was the first time Sun has earned All-American honors, and she’s Nebraska’s nation-leading 46th player to earn the honors.

Earlier in her college career, the label that occasionally followed Sun was that she was the No. 1 recruit nationally in the 2017 class according to Prepvolleyball.com. Sun played high school volleyball at Santa Fe Christian near San Diego.

Looking back, Sun says those rankings are interesting. But the list has turned out to be pretty accurate, with many of the top 10 players earning All-American honors with one or more seasons still left.

Asked if earning the No. 1 ranking was a good or bad thing, Sun said being chosen was a blessing.

“But I also think that it puts a big target on your back, and I don’t think because you’re ranked No. 1 that means you’re the best player in that class by any means,” Sun said. “I think it’s an honor because there were a lot of great players coming in my year, but I don’t read too much into it.”

Sun said she felt the expectations early in her college career, but added it wasn’t unlike what many high school players feel making the jump from high school to one of the top colleges.

“I think that any high-level player coming into college is always used to being the top dog at their high schools or their clubs,” Sun said. “I think everyone on this team can say this is true, as well. And even just in Division I volleyball, I think that when you come into a program like this as a freshman, you’re going to be shocked no matter what, and it’s kind of just an eye-opener as to how much stuff you have to work on.”

Sun was also the Gatorade national high school player of the year, an honor that former Huskers Mikaela Foecke and Gina Mancuso also earned. For that award, there was an elaborate video that was produced, which was viewed 268,000 times on YouTube.

Sun began her college career playing as a freshman for Texas and had a good start. She ranked second on the team in kills with 327 and earned all-Big 12 honors playing for a team that reached the NCAA Elite Eight in 2017.

But Sun decided she wanted something different from her college experience and transferred to Nebraska. As a sophomore, she missed the start of the 2018 season due to injury but returned and helped Nebraska reach the national championship match.

As a junior this season, Sun took her play to another level, and the Huskers needed her to due to the graduation of Mikaela Foecke. Sun led the Huskers with 425 kills and raised her hitting percentage from .195 last year to .270.

Nebraska coach John Cook and Karch Kiraly, an ESPN broadcaster and the women’s national team coach, agree that Sun has to be one of the most improved players in the country this season.

It may have taken Sun more time to get where she wanted her college career to go, but she said she feels good about where her career is at.

At Nebraska, Sun knows she has a lot of people watching her, and she tries to use that as motivation.

“My 'why' has just been using the gifts that God has given me in order to influence others, whether it be little girls that come to our games or whoever it might be,” Sun said. “It’s just showing my love for volleyball and passion out there, and just always smiling and having fun with it. My goal is just to try and influence others and leave a positive impact on Nebraska volleyball.”

'We’re not taking for granted the times that we can get in the gym': Seniors trying to keep NU volleyball team on track

Four seniors with plenty of national title experience are trying to make sure the pandemic doesn't disrupt the path to a special season.

The two-time All-American announced on social media on Wednesday that she'll return to the Huskers for the fall 2021 season.