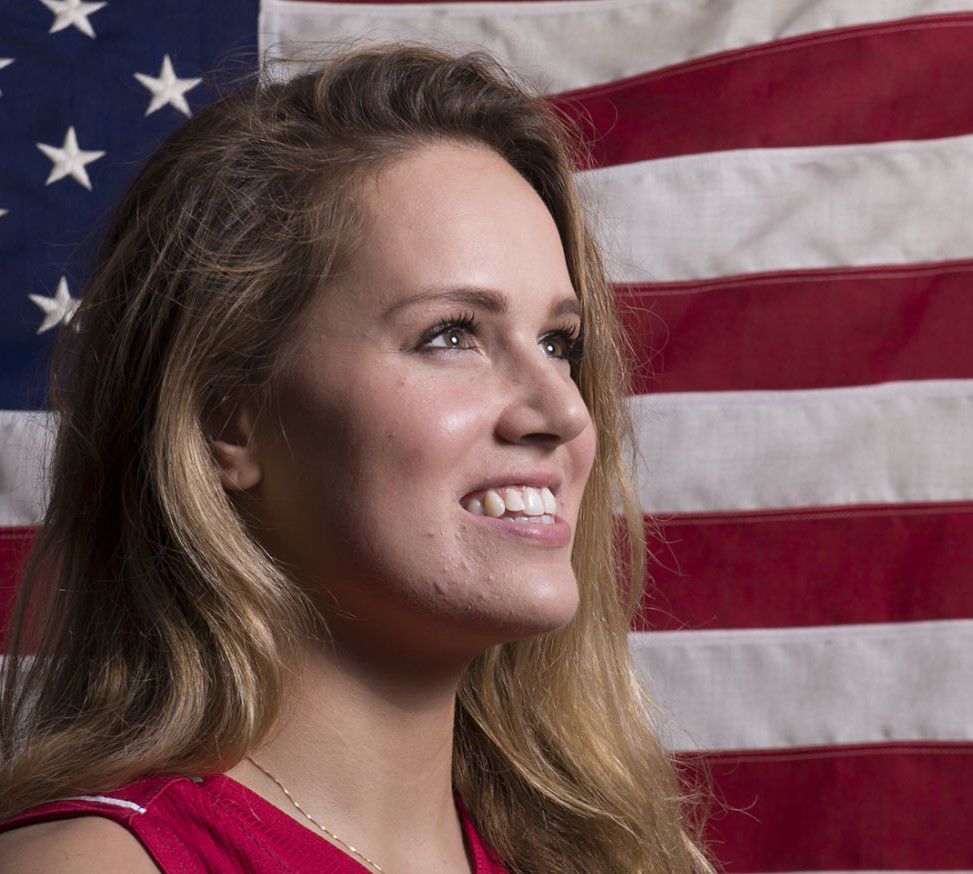 Kelsey Robinson is one of three ex-Husker volleyball players who will represent Team USA at the Summer Games in Rio. 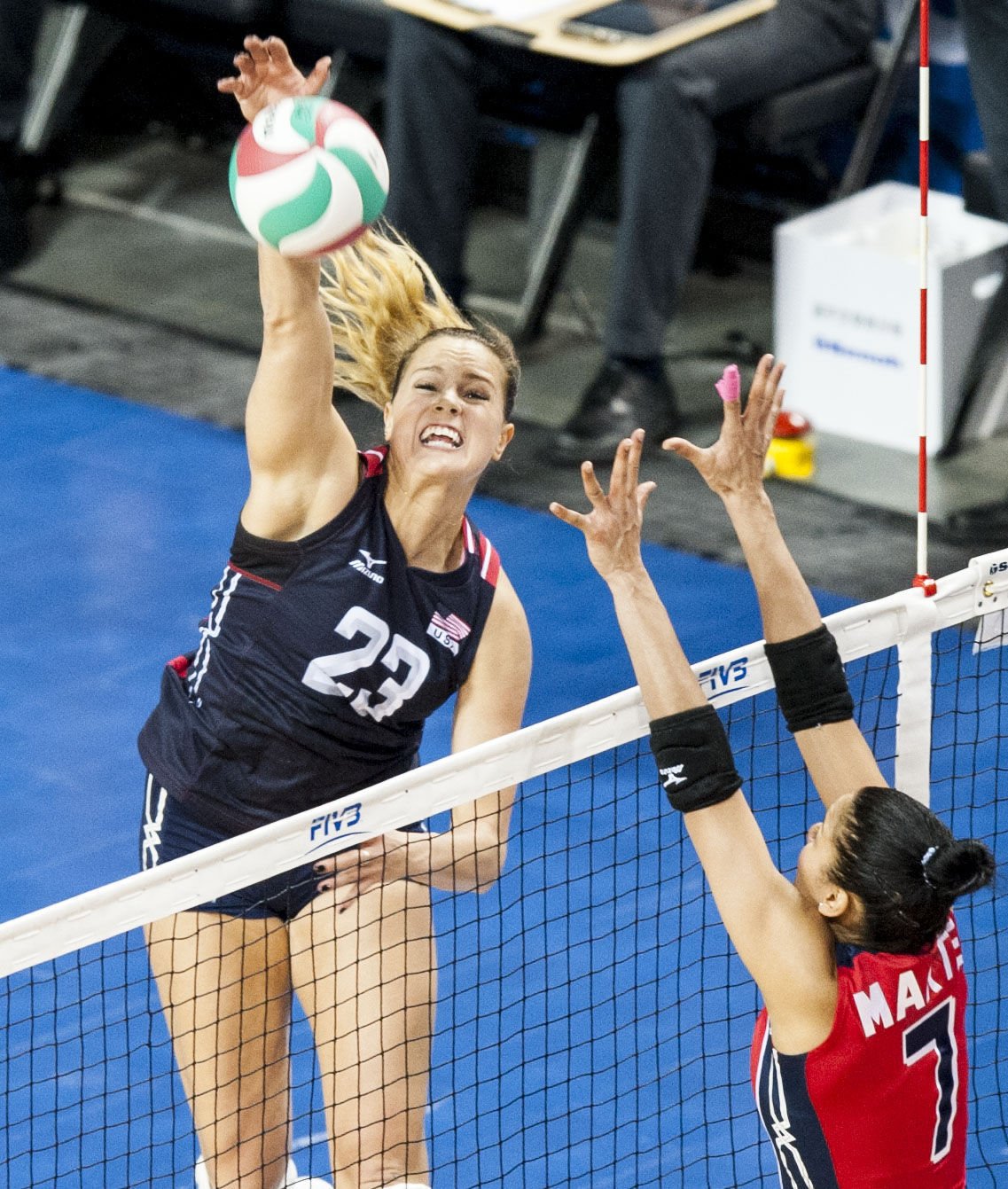 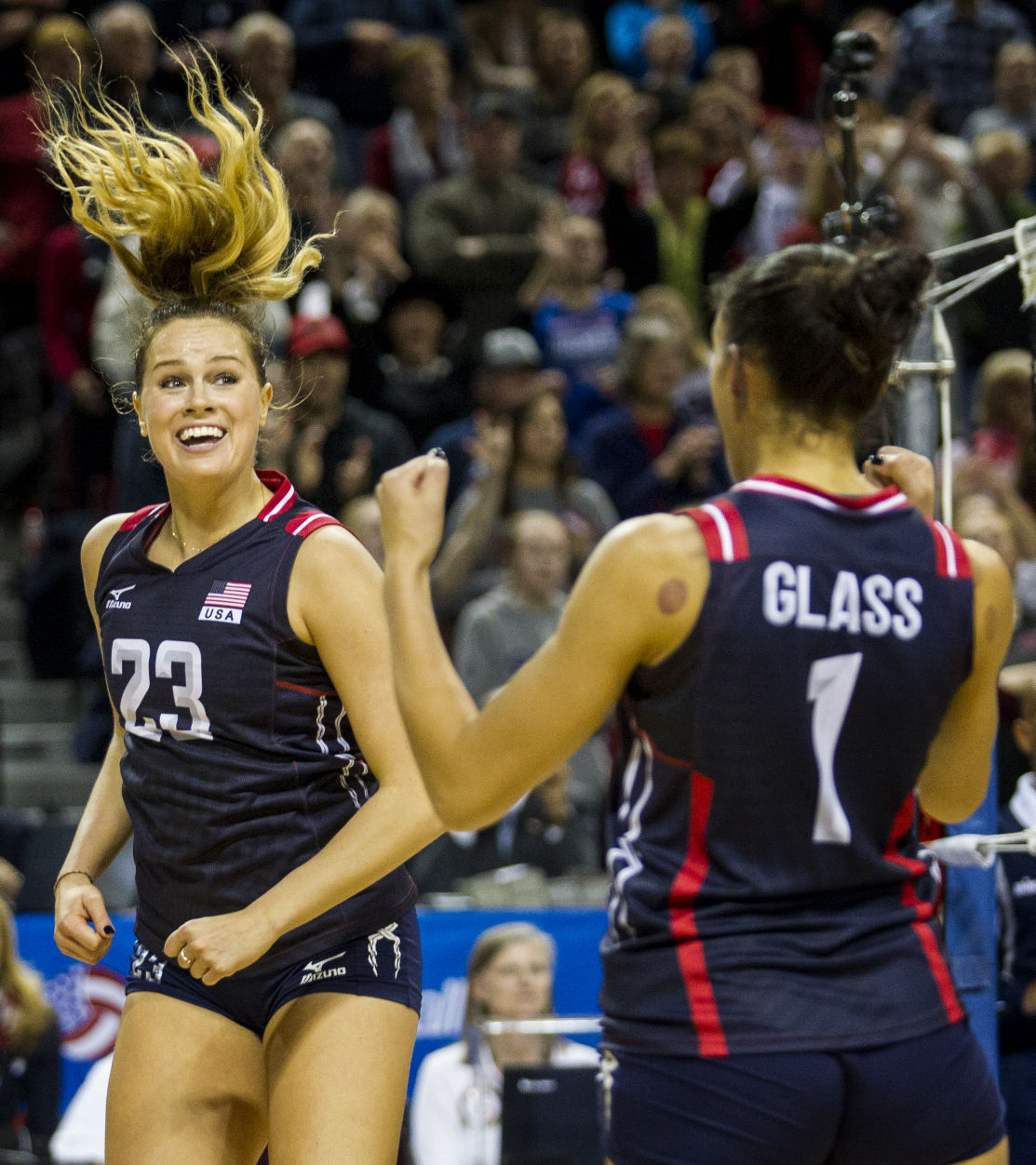 “To represent your country in any way is very powerful,” says Kelsey Robinson about playing in the upcoming Summer Games in Rio de Janeiro.

Volleyball it is for Kelsey Robinson in the Olympics.

Robinson has told the story of how she so badly wanted to get to the Olympics that she’d compete in table tennis if that was the sport that could get her there.

Even just a few years ago, she thought beach volleyball, a sport where she could maybe best utilize her exceptional all-around skills, might be her best chance to continue to play after college.

But shortly after her one season playing at Nebraska in 2013, Robinson had made it with the top USA volleyball team. Now less than three years since her final match as a Husker, and in her first chance after college to make the Olympic team, Robinson has made the U.S. roster for next month’s Rio de Janeiro Games. She’s also joined on the 12-player U.S. roster by ex-Huskers Jordan Larson and Kayla Banwarth.

When asked in school about her future, Robinson had the Olympics on her mind from a young age. She also played basketball as a kid.

“I didn’t put a sport, but I always just wrote, ‘I’m going to be an Olympian,’” Robinson said last week. “Even though I didn’t know for sure if it would happen, just being able to say that out loud and find conviction in that kind of stuck with me even at a young age. It’s a statement that’s really powerful now for me. It’s really crazy how everything has worked out, and how all these events have led to this.”

Why did the Olympics mean so much, even before Robinson could fully grasp what that meant?

“To represent your country in any way is very powerful,” she said. “And it’s an honor and it’s humbling to be one of 12 that get to wear that jersey when it’s time to play and it means everything. And then I’m representing my family and I’m representing Nebraska and I’m representing all the people that helped me along the way and took the time to be patient with me and teach me how to play the game and grow my passion for the sport.”

Robinson was able to make a quick impact with Team USA during her rookie year in 2014. She started four matches in the World Championship that year and helped the United States win its first title in the event.

Robinson said she still remembers well when she got her first action with Team USA in the Montreaux Volley Masters.

“My first tournament was in Montreaux, Switzerland,” Robinson said. “I’d been overseas, but I hadn’t traveled very much. (U.S. head coach Karch Kiraly) still makes fun of me because I brought microwavable popcorn because I thought the hotel would have a microwave, and I brought veggie chips. All the older girls were like, ‘What did you pack?’ From then on they sent a food packing list for every tournament.

“It was awesome, though, to play. We ended up taking second that tournament, but I just remember being super-excited to even get to wear the jersey. I didn’t even know that I was going to have a shot to make a roster or travel, so I was really excited.”

Robinson finished her college career at a good time to put herself in position to make the 2016 Olympics, because the team was still in transition following the 2012 Olympics. Banwarth joined the national team in 2011, and has had to wait five years to make an Olympic team.

Robinson was naïve when she set out on her professional and USA volleyball career. She didn’t know what the tournaments were and which ones meant the most. It was only after she made the World Championship roster in 2014 when she got the feeling that she could really pursue her pro career and potentially go to the Olympics.

Making the Olympic roster would be more difficult, though, because the roster size drops from 14 to 12 players. Robinson is one of the three outside hitters for the Americans.

“I never once thought I was for sure on the team, just because that cut is somebody from my position, probably. It could be you at any moment,” she said. “There is a lot of pressure and anxiety and mental battles for about three years. To finally see your name announced, I was just honored and humbled to even be chosen.”

Robinson got official word that she would be on the Olympic team the day before it was announced July 12.

“When I got the email Monday night, I wasn’t expecting it,” she said. “I was just plugging my phone into charge and go to bed and I saw it. It was very overwhelming in that moment, with a ton of emotions, and a lot that I had put into it. I went to bed, and the next day when it was announced, I had a flood of people congratulating me. And being able to tell my family finally and just really feel that this moment is real. I’m going to be an Olympian and no one can take that away, and that’s a moment that I’m never going to forget.”

Since the team was announced, Robinson has been surprised by all the events the team has attended, including being honored at a Los Angeles Angels game last week and a visit from the Anaheim Fire Department. The team will travel from California to Houston on Friday. That’s where the players will get two suitcases of clothing and gifts for the Olympics. They’ll travel to Rio the next day for another week of practice ahead of the competition.

After the Olympics, Robinson will play her pro season with a team in Beijing. Last season, she played in Italy, where she led her team to a championship and was MVP of the playoffs.

“To represent your country in any way is very powerful. And it’s an honor and it’s humbling to be one of 12 that get to wear that jersey when it’s time to play and it means everything." — Kelsey Robinson

In the upcoming weeks, the Journal Star will catch up with athletes preparing to compete in the Summer Games in Rio. Today, Kelsey Robinson talks about her Olympic dreams.

The Red, White and Blue will be well-represented by Husker red on the volleyball court in Rio de Janeiro.

Maggie Malone: From Geneva to Rio, on the trip of her life

The United States women’s volleyball team Saturday clinched a spot in the Rio de Janeiro Games as the undefeated champion of the NORCECA Olympic Qualification Tournament at Pinnacle Bank Arena.

Manning excited about opportunity to coach Team USA in Rio

Nebraska wrestling coach Mark Manning gets to take a few weeks off from recruiting, summer camps, filling out paperwork and planning for next season.

Kelsey Robinson is one of three ex-Husker volleyball players who will represent Team USA at the Summer Games in Rio.

“To represent your country in any way is very powerful,” says Kelsey Robinson about playing in the upcoming Summer Games in Rio de Janeiro.