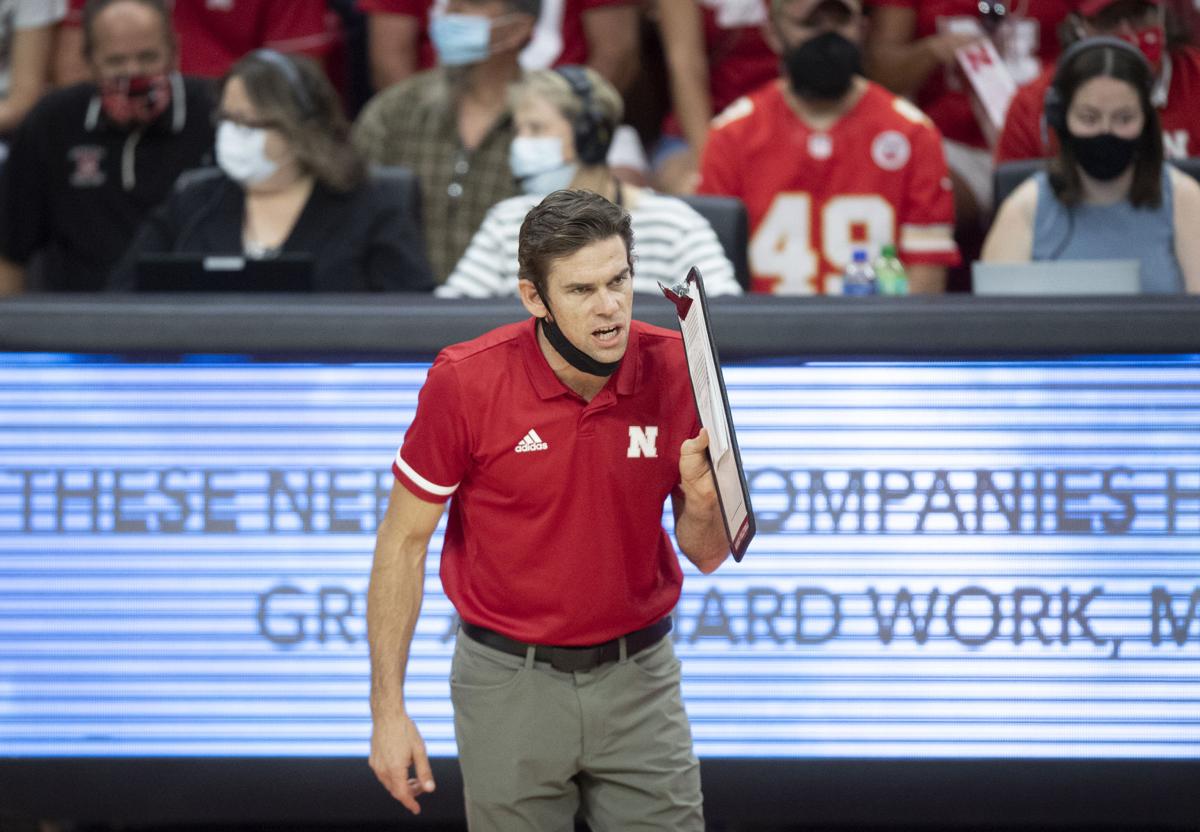 Nebraska associate coach Tyler Hildebrand instructs the team during a match against Iowa on Sept 25, at the Devaney Sports Center. 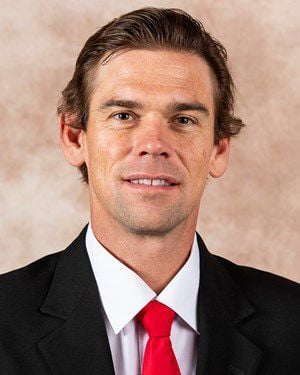 Long Beach State announced the move on Sunday evening, less than 24 hours after Nebraska's season ended with a loss in the national championship match.

Hildebrand played men's volleyball at Long Beach State and previously lived in California while leading the U.S. beach volleyball teams that played in the Olympics. He began his coaching career as an assistant coach with the Long Beach men's team.

“I’m sad that Tyler is moving on from Nebraska, but we are very happy for the Long Beach State program,” NU coach John Cook said in a statement. “They are getting a respected coach who’s returning to his alma mater, which is a tremendous opportunity for him. Long Beach State’s tradition is as rich as any program in the country, and he has a chance to make that an elite program again. Tyler knows that, and he has a great plan for them to succeed."

Hildebrand coached a total of three seasons at Nebraska in two stints. In his first season in 2017 Nebraska won the national championship.

When Cook had an opening on the staff two years ago, he recruited Hildebrand to come back and gave him the title of associate head coach while also making him one of the highest paid assistant coaches in women’s volleyball.

Hildebrand was the defensive coordinator for the Huskers.

"My family and I are honored and humbled to be coming back to lead the women's volleyball program at my alma mater," Hildebrand said in a statement "The love I have for the university, Long Beach State volleyball and the entire Long Beach community greatly influenced my decision to return to the Beach and is a dream come true.”

Long Beach State fired its coach in late October, and finished the season with a 16-15 record.

That leaves Nebraska with one opening for its two full-time assistant coaches. Assistant coach Jaylen Reyes has previously been the defensive coordinator, before shifting to the recruiting coordinator job when Kayla Banwarth left two years ago.

Former Husker setter Kelly Hunter has been the volunteer assistant coach the past two seasons, and also did a short stint as interim assistant coach.

Huskers' memorable big finish to 2021 falls a set short; 'That's what a national championship should be'

Photos: All of the sights from Columbus, where the Huskers and Badgers meet with a national title up for grabs

Chiefs end up on top in potential game of the year

Chiefs end up on top in potential game of the year

Steven M. Sipple: Cook's crew comes up just short, but young guns will be back in hunt soon

The national title match was about as good as it gets if you're a Wisconsin women's volleyball fan. Nebraska, though, can hold its head high.

Nebraska ends season with another top-5 finish in volleyball poll; Texas drops after loss to Huskers

It's the 15th time in John Cook's 22 seasons that the Huskers have finished among the top-five teams in the country.

Alberts on the radio: Spring Game set for April 9; football survey going out to fans; praise for volleyball

The Nebraska athletic director gave the date for the annual football scrimmage and touched on several topics and sports, such as volleyball and baseball.

The TV numbers are in for Nebraska-Wisconsin, and yes, it drew a big rating

Reyes has been key to Nebraska’s success in recruiting and with coaching Nebraska’s back-row defense.

Nebraska associate coach Tyler Hildebrand instructs the team during a match against Iowa on Sept 25, at the Devaney Sports Center.