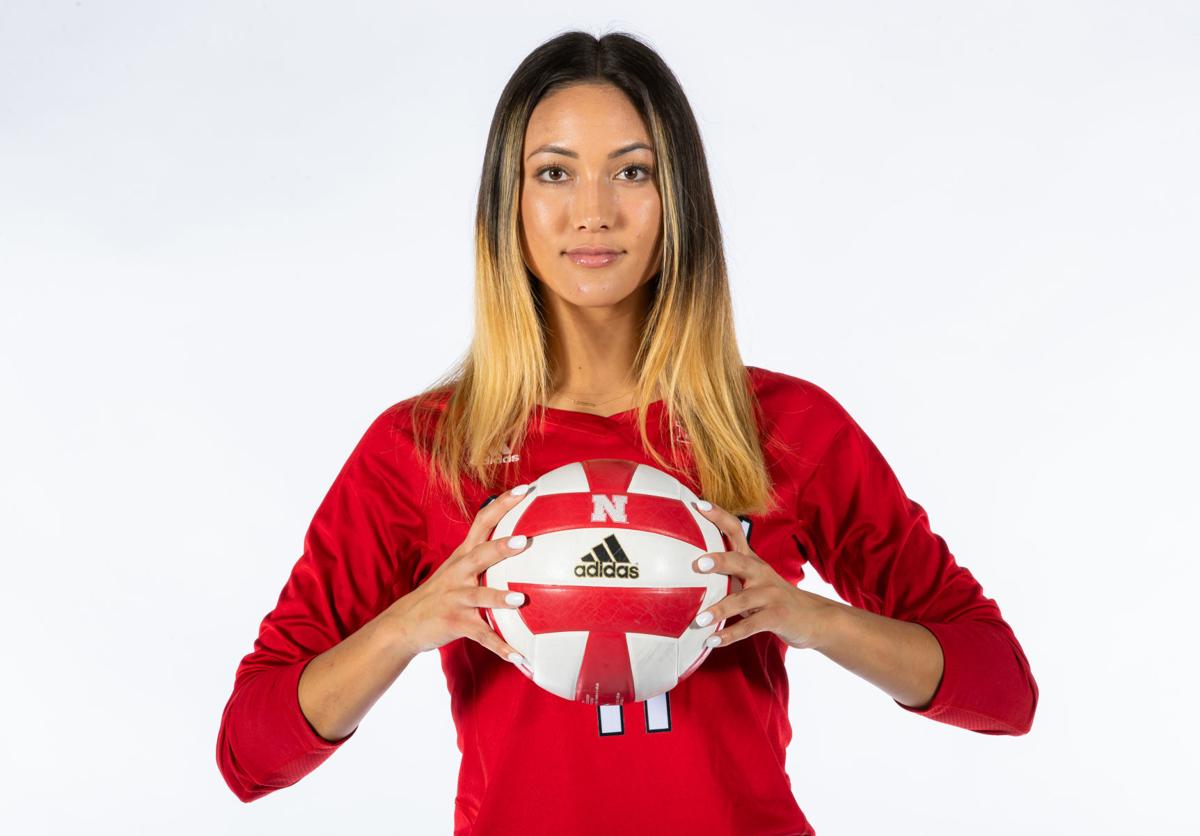 Nebraska outside hitter Lexi Sun is hitting .293 this season, a 98-point improvement from last year. 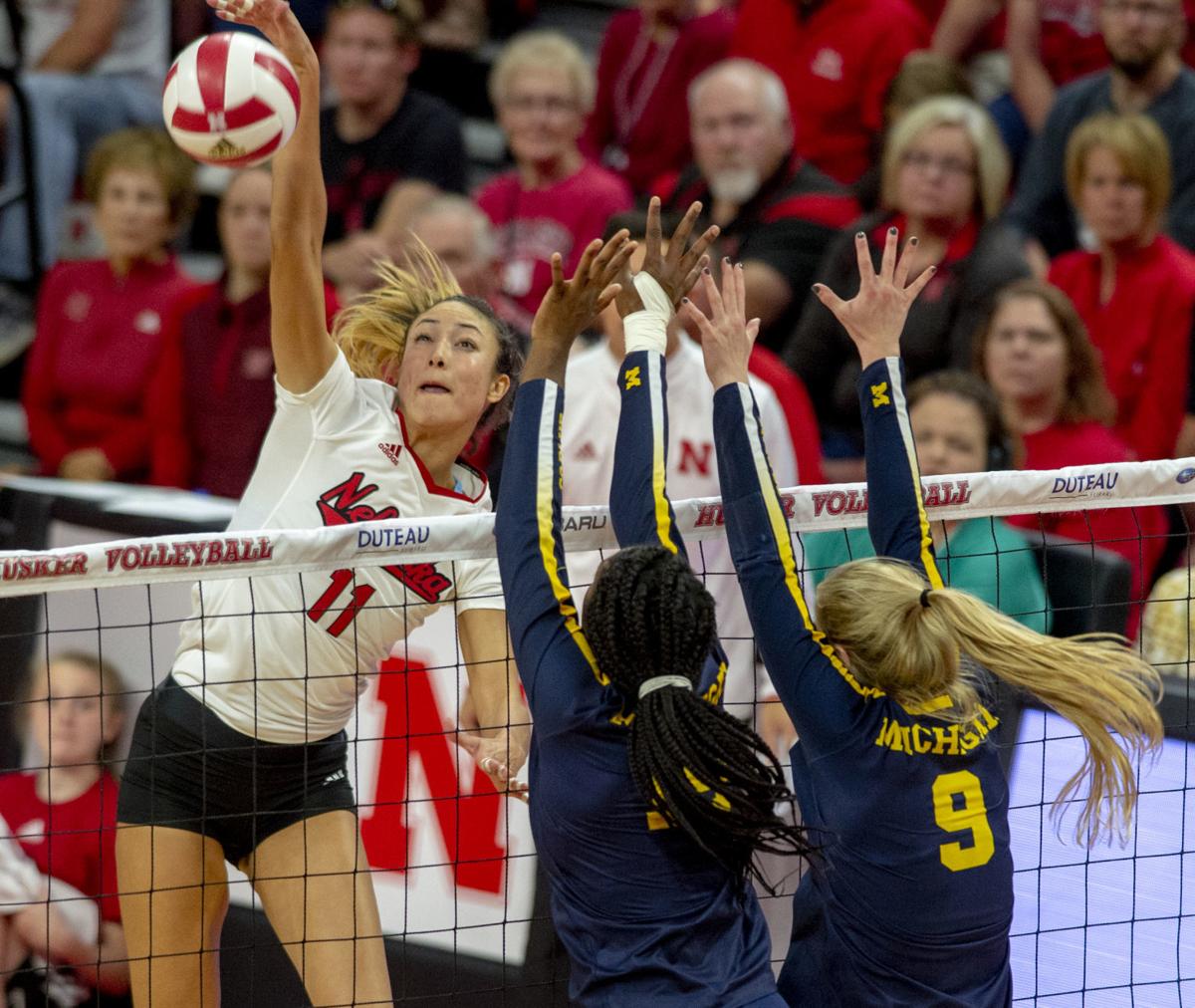 “I think Lexi (Sun) has played Lexi volleyball her whole life and she’s very talented, but she has to play within our system and more disciplined and be able to understand how we play. She can’t dominate people anymore like she could before.”

It was the first news conference of the Nebraska volleyball season in August, and coach John Cook put Lexi Sun on notice.

Nebraska’s best player, Mikaela Foecke, had graduated. Nebraska was going to need Sun, a junior outside hitter from California, to be better during her second season with the Huskers.

The 2018 season was Sun's first at Nebraska — she was an all-conference player for Texas as a freshman. Sun helped the Huskers reach the national championship match in 2018, but Sun’s play at times was more up-and-down than Foecke.

It’s been about three months since Cook publicly challenged Sun. She was up to the challenge, and has helped lead the Huskers to another great season with a 20-3 record, a No. 6 ranking and the look of a team that can once again challenge for a spot in the NCAA Final Four.

Sun has made the shift, Cook said.

“She’s playing Nebraska volleyball,” he said. “Most of the time.”

That shows up specifically in Sun's attacks, where she is more disciplined and not trying to do too much at the net, which can often result in blocks by an opponent.

Sun is mixing up her shots and using the whole court to get kills, like Kelsey Robinson did during her one season at Nebraska, and what Foecke did in her final two seasons. Now Sun looks like she'll be Nebraska’s next All-American outside hitter.

Sun has a .293 hitting percentage this season, an impressive 98-point improvement from last season.

During a match against Rutgers last month Cook said it looked like Sun thought she could get a kill on every swing, and she nearly did. She had 12 kills on 15 attempts with no hitting errors for an .800 hitting percentage.

Against Iowa last week, when Sun had 14 kills and hit .444, the Hawkeyes kept making adjustments to stop Sun by moving their defenders around, but Sun just kept hitting where they weren’t, which isn’t always easy to do.

“It’s just one of those things when you get in the zone and you can see the court and everything slows down," Cook said. "You can see where everybody is and get there and do what you want."

And in the biggest win of the year, against Penn State, Sun had a match-high 20 kills, four blocks and seven digs.

Sun leads the Huskers with 305 kills. She’s had double-digit kills in all 14 Big Ten matches.

The biggest change Cook has seen is that Sun is more resilient. Last season if things went bad for her in a practice or match, she’d rarely pull herself out of it. Now she can.

How does Sun overcome the moments when she’s not having success in a match now?

“I’ve been working at it,” Sun said. “Nebraska volleyball isn’t necessarily an easy thing and I think that working on it day in and day out is what you have to do in order to be successful.

"I don’t think that I’ve conquered it, or mastered it by any means, but I’m definitely working at it.”

No. 6 Nebraska at Michigan State

Nebraska's Nicklin Hames, the fiery sophomore who gets blocks against some of the best players in the country that you wouldn’t always expect …

There are other college volleyball coaches than Nebraska’s John Cook that many people would recognize.

At about 8:45 p.m. Saturday there was a warning light flashing on the Nebraska volleyball team’s chances of winning a Big Ten championship this year.

'It’s hard to find athletes like that': Superior's Meyer showed Cook enough to earn chance to play for Nebraska

Head volleyball coach John Cook talks about upcoming road games against Minnesota and Wisconsin during a news conference on Nov. 18, 2019.

Nebraska’s Lauren Stivrins, Lexi Sun, Nicklin Hames and Madi Kubik each made the all-North region team, which makes them candidates to be All-Americans.

Nebraska outside hitter Lexi Sun is hitting .293 this season, a 98-point improvement from last year.