Nebraska senior outside hitter Lexi Sun had a season-high 17 kills to lead the No. 4 Nebraska volleyball team to a 25-18, 25-21, 25-19 win against Rutgers on Friday in New Brunswick, New Jersey.

Sun had just two hitting errors on 31 attempts for a .484 hitting percentage. She recorded several kills on back-row attacks for Nebraska, which hasn’t lost through five matches.

'John’s been phenomenal': Hoiberg, Cook support each other as they lead programs through pandemic season

Nebraska’s serve-receive held it back at times during the match, but the Huskers still finished with a .320 hitting percentage while holding Rutgers (1-6) to .189 hitting.

Rutgers only reached 20 points in one set, but Nebraska coach John Cook wasn’t pleased with how his team executed against one of the least successful programs in the Big Ten.

“It wasn’t pretty. We’re going to have to get a lot better,” said Cook to the Husker Sports Network. “We had some great individual performances, but I don’t think we played great as a team today, and we didn’t serve and pass very well. (It’s) round two tomorrow, and we’ll see if we can get better.”

“I felt sorry for her,” Cook said. “She was running all over the place tonight. We did not help her very much, so that’s disappointing.”

Nebraska’s sweep wasn’t without a little suspense. In the second set, Nebraska had to rally from a seven-point deficit early on.

Nebraska’s passing problems kept the offense from having multiple hitting options. Cook even brought in Emma Gabel for defensive specialist Keonilei Akana to try and help the back row.

After Rutgers’ lead reached 15-10, Nebraska made its move, sparked by kills from Caffey, Madi Kubik and Riley Zuhn — and Sun's ace. Hayley Densberger also served an ace as Nebraska won 15 of the final 21 rallies of the set to take a 2-0 match lead.

Stivrins had five kills on six attempts in the second set.

Nebraska served five aces in the match, each from a different player.

Gabel’s surprise appearance in the second set was the first college action for the redshirt freshman from Lincoln Pius X. She finished with two digs.

“I haven’t played (Gabel) in a match yet, but we were struggling passing so I got to do something,” Cook said. “So she came in and kind of stabilized us there and made a couple of nice plays and helped us get some momentum.”

Caffey often had two blockers in front of her, but she was still able to rack up kills and hit better than .500 for the second consecutive match.

The Missouri transfer is a strong hitter because she does a good job of running her routes and quickly being ready to be set, Cook said.

“She’s very open to the setter,” Cook said. “Great middles, they open so the setters can see them and know how to set them. Some middles will be closed off so all you see is the side of their arm or back of their shoulder. Kayla does a great job of opening up so you have a big window in which to set her, and then she has a great arm.”

The match started at 4 p.m. on the East Coast but the day began at 7:30 a.m. for Nebraska players' COVID-19 testing. But Cook says the Huskers can’t use the challenges of this season’s unique match times as an excuse.

“We’ve got to find a sense of urgency for every point that we’re playing and execute our game plan and be disciplined whether we play at 3, 4, 7, 8 — whatever it is,” he said. 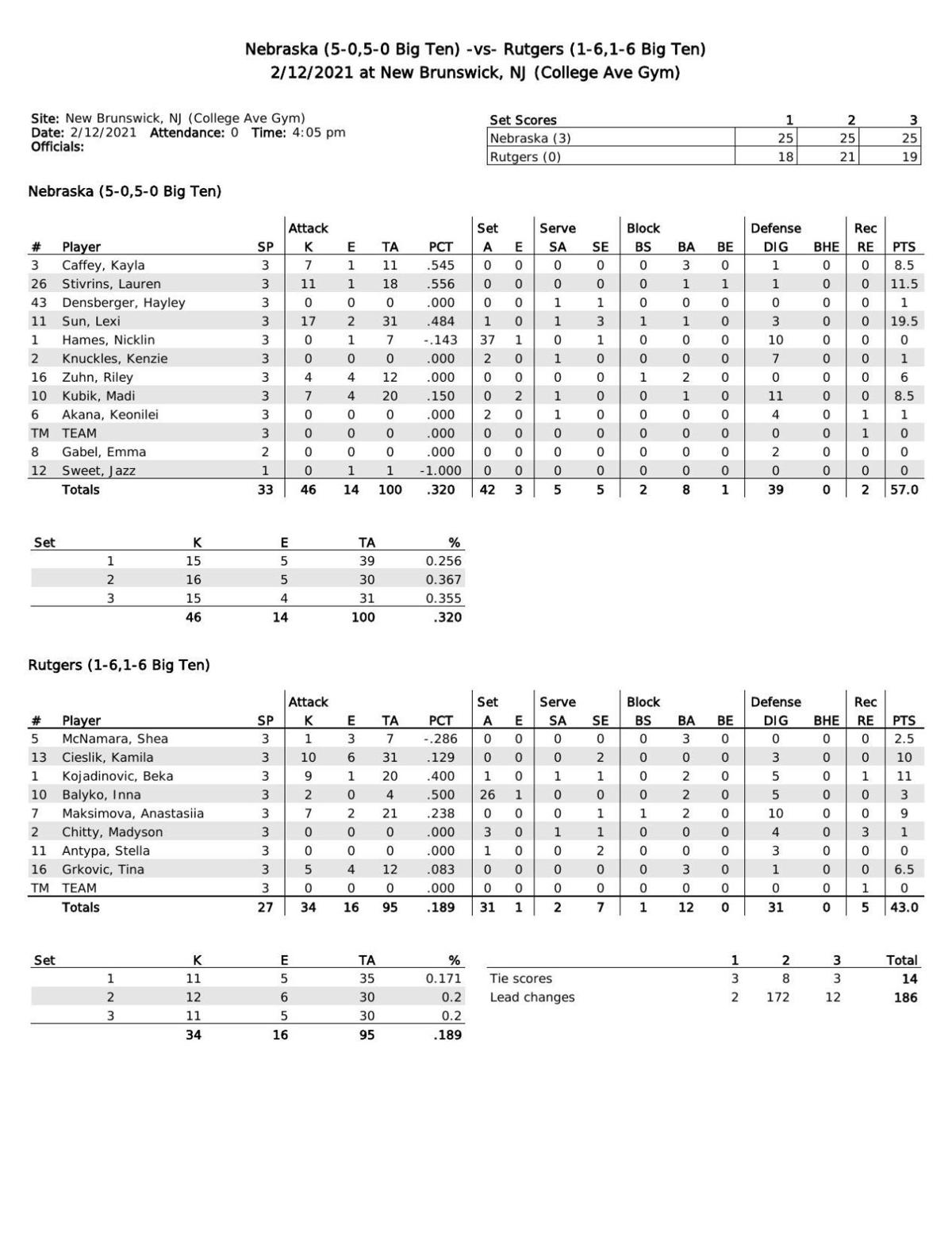 Kick off another week of the volleyball season with a wide-ranging notebook, beginning with an in-state freshman's memorable debut.

Nebraska improved to 4-0, while Maryland is winless through six matches.

'We had to fight tonight': After losing first set, No. 4 Nebraska volleyball team rallies to stay undefeated

After three weeks of matches against teams in the bottom part of the league standings, the schedule is about to get more difficult for the Huskers.