There were some people who were surprised when freshman Lexi Rodriguez won the job as the starting libero for the Nebraska volleyball team for the first match of the season.

Nebraska already had Kenzie Knuckles, a two-year starter at libero, on the roster.

But Rodriguez winning the job wasn’t a shock to those around the program. Rodriguez had shown she could be a difference-maker last spring after graduating from high school early and practicing with the Huskers.

She was there during Nebraska’s practices last spring, and already stood out in the areas of defense and serve receive.

Rodriguez becoming libero means Knuckles is playing defensive specialist, and she’s thrived in that role, including doing some hitting on an occasional surprise back-row attack. The duo of Rodriguez and Knuckles, along with defensive specialist Keonilei Akana, has made defense a strength of the third-ranked Huskers (6-0).

Rodriguez, from Sterling, Illinois, ranks fifth in the Big Ten in digs (4.50).

“She trained with us in the spring and I saw what she did in practice,” said Cook on Thursday during the Nebraska volleyball radio show.

Rodriguez was the first player to commit as part of Nebraska’s No. 1 ranked recruiting class. She committed in July 2017, a few months before she started high school.

Rodriguez had attended a volleyball camp at Nebraska. Cook wasn’t ready to offer Rodriguez a scholarship at the time. But Kayla Banwarth — the former Nebraska and Olympic team libero who was Cook's assistant coach at the time — was adamant Rodriguez needed to be a Husker.

“Finally I was like, ‘OK, if Kayla has this good of gut feel about her (we’ll offer her),’” Cook said. “(Rodriguez has) done a pretty nice job.”

Banwarth is now in her second season as the head coach at Mississippi.

Stivrins progressing: Nebraska middle blocker Lauren Stivrins is still progressing well in her recovery from offseason back surgery, and still hopes to play this season. She recently began doing some hitting.

“I think she’s in three-a-days right now with rehab, with working out and then coming in the gym,” Cook said. “So we’re pretty encouraged. I made the comment today that she looks like a caged animal, and she just wants to play and turn it loose so bad.”

Caffey makes offseason gains: Nebraska’s best offensive player has been senior middle blocker Kayla Caffey. Her .494 hitting percentage is by far the best of the Huskers and ranks No. 4 in the Big Ten.

The 6-foot Caffey is small for a middle blocker in the Big Ten, but she jumps high and has a fast swing that quickly gets the ball to the floor.

And Cook said Caffey is an even better athlete this season. This summer was the first time Caffey got a full summer in Nebraska’s strength and conditioning program.

“This summer she got nine weeks of really doing good training,” Cook said. “Her vertical went up 3 inches, and she already jumps out of the gym. That just shows you what our strength program can do when we get them for the blocks that we want.”

Huskers will travel to your town: Unlike in college football, most of the scheduling in college volleyball happens one or two years before playing.

Nebraska has four weeks of nonconference matches before the Big Ten season begins. The Huskers usually host two tournaments. And if Nebraska has players who don’t live in the Big Ten region, they attempt to travel to play near their homes either during the indoor season or beach volleyball season, so the players' friends and family can see them play. In 2019, the Huskers went to San Diego for Lexi Sun.

Traveling to play nonconference matches is part of the discussions sometimes with recruits.

“We just had a huge recruit in last week and she’s in a place that we don’t go in the Big Ten so I promised her we would go back there and play a couple of times in her hometown,” Cook said.

A trip Cook would personally like to make is to take the Huskers to play at one of United States service academies — the Naval Academy or West Point.

The No. 1 recruiting class plays its first matches this weekend, probably with at least three in the starting lineup at some point.

The Huskers improve to 4-0 this season after winning two matches they trailed in Friday. 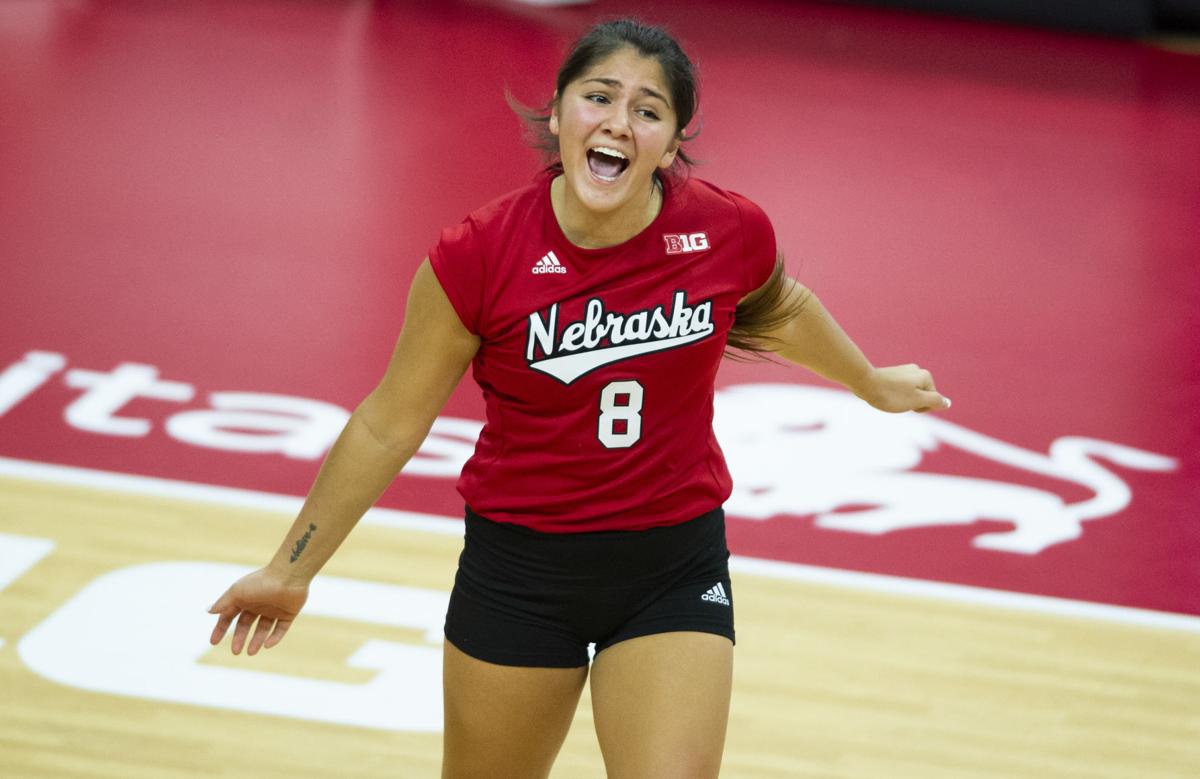 Nebraska's Lexi Rodriguez (8) celebrates during a match against Arizona State on Saturday at the Devaney Sports Center. 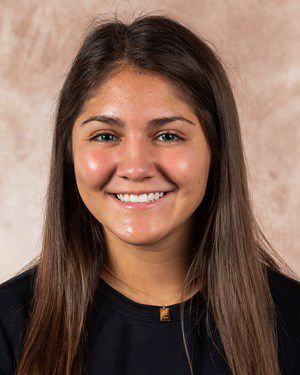