Subscribe
Read Today's E-Edition
Share This
Is Wisconsin the team to beat in the Big Ten again? Here's what to expect from the Badgers
0 Comments
Share this
Brent Wagner

In the history of the Nebraska volleyball program, one of the more surprising stats is that the Huskers have an eight-match losing streak against one team.

But that’s what has happened in the Nebraska-Wisconsin series since 2017, including the Badgers winning all three matches vs. NU last season. The final meeting was the big one, with Wisconsin earning the national championship in five sets (15-12 in the fifth set).

Later this fall, the series enters a new era following the graduation of the Badgers’ super duo of middle blocker Dana Rettke and setter Sydney Hilley, who led Wisconsin to its first national championship in volleyball.

NU's Cook explains his side of Caffey situation, says Huskers wanted to accommodate

But if Nebraska is going to end the Badgers’ run of three straight Big Ten titles, the Huskers will probably still need to find a way to win at least one of its two regular-season matches against Wisconsin.

In the Big Ten preseason coaches' poll, Wisconsin is No. 1 and Nebraska No. 2.

In its preseason rankings, NCAA.com has the Huskers No. 1 and Wisconsin fourth. Texas is second.

The transition may be bigger for Wisconsin, which lost all of its All-Americans from last season (Rettke, the national player of the year; Hilley and libero Lauren Barnes).

Of the 10 Badgers who played in the title match, five return, a group led by 6-foot-9 middle blocker/right-side hitter Anna Smrek, who led a balanced attack in the NCAA title match with 14 kills on .429 hitting.

Also back are Big Ten freshman of the year Julia Orzol, right-side hitter Devyn Robinson and outside hitter Jade Demps.

Six of the nine Huskers who played in the title match return (Lauren Stivrins, Kayla Caffey and Keonilei Akana are the departures).

Hames is back, but she may move to a defensive specialist spot and Kennedi Orr may take over at setter.

At Big Ten media days earlier this week in Chicago, Wisconsin coach Kelly Sheffield wasn’t definitive when asked if the Huskers or Badgers were in a better spot to start the season.

“Both have really exciting pieces to build around,” Sheffield said. “It probably depends on what the Huskers are doing with their setter situation. It’s a big advantage for schools that have a setter coming back. That is a big deal. But if you got a better one on the bench that’s coming, that’s even more exciting. There is continuity within their team a little bit.”

The contenders to start at setter for Wisconsin are senior Izzy Ashburn and junior MJ Hammill. At libero, it could be Joslyn Boyer, freshman Gulce Guctekin from Turkey or Baylor transfer Shanel Bramschreiber — if she gets cleared by the NCAA to play.

“I’m excited about the talent,” Sheffield said. “In the Final Four, the people that really, really played well were our young kids. And they’re coming back, and we brought in some new players — whether it’s freshmen or transfers — who have really, really helped.

“The transfer portal is changing what the conference looks like. You think of how many elite transfers there have been. People are going to need a roster page to figure out who is who with everybody except probably Nebraska. They had to do that last year. It’s going to be exciting for people to follow this new, young group.”

Losing three All-Americans could keep the Badgers from having a season like they did last year. Or maybe Wisconsin solidifies itself as a program that can compete for championships even after several key players move on.

“I think one of the things that Penn State, Nebraska, Minnesota have done a great job of for decades is they’re able to bring in new talent every year,” Sheffield said. “The teams and businesses I respect the most are the ones that there is a consistency over time, and those three programs have been big-time leaders in that. It’s something that we talk about as a staff a lot, is that it’s not just getting to one Final Four, winning one Big Ten title, winning one national championship.”

In the months following the NCAA title, the Badgers have been honored at several events, including a Milwaukee Bucks game.

Sheffield said it was special to see how much joy the title brought to the entire state.

“There are people who have been brought to tears that I’ve had come up to me,” he said. “That’s what you get with some of these elite fan bases that you see in our conference.”

Seven months after Wisconsin and Nebraska played in the national championship match, they’ll start the season as the top teams in the Big Ten in 2022.

Husker coach John Cook tries to keep NIL talk out of the team's practice facility and doesn't get involved with the inner workings of it — "I have nothing to do with it,” he says.

Kayla Caffey has officially moved on from the Nebraska volleyball team, announcing her pledge to Texas on Friday.

A look back at the highlights of the Big Ten's first-ever volleyball media days and the first for the sport in any conference. 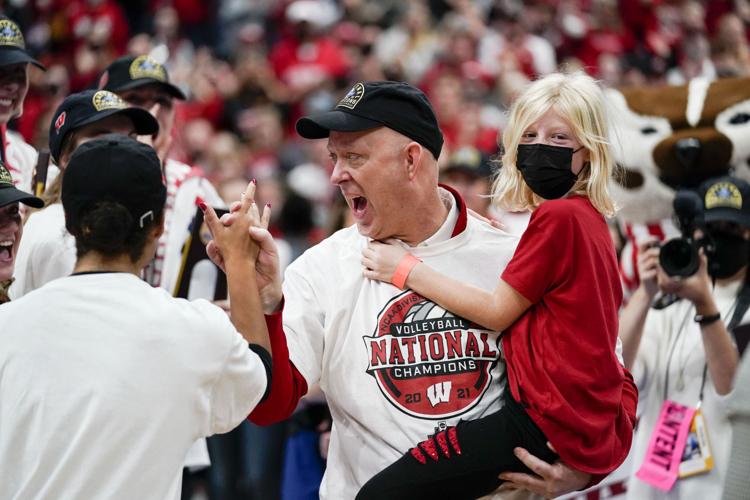 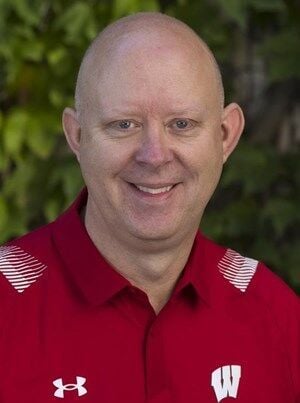