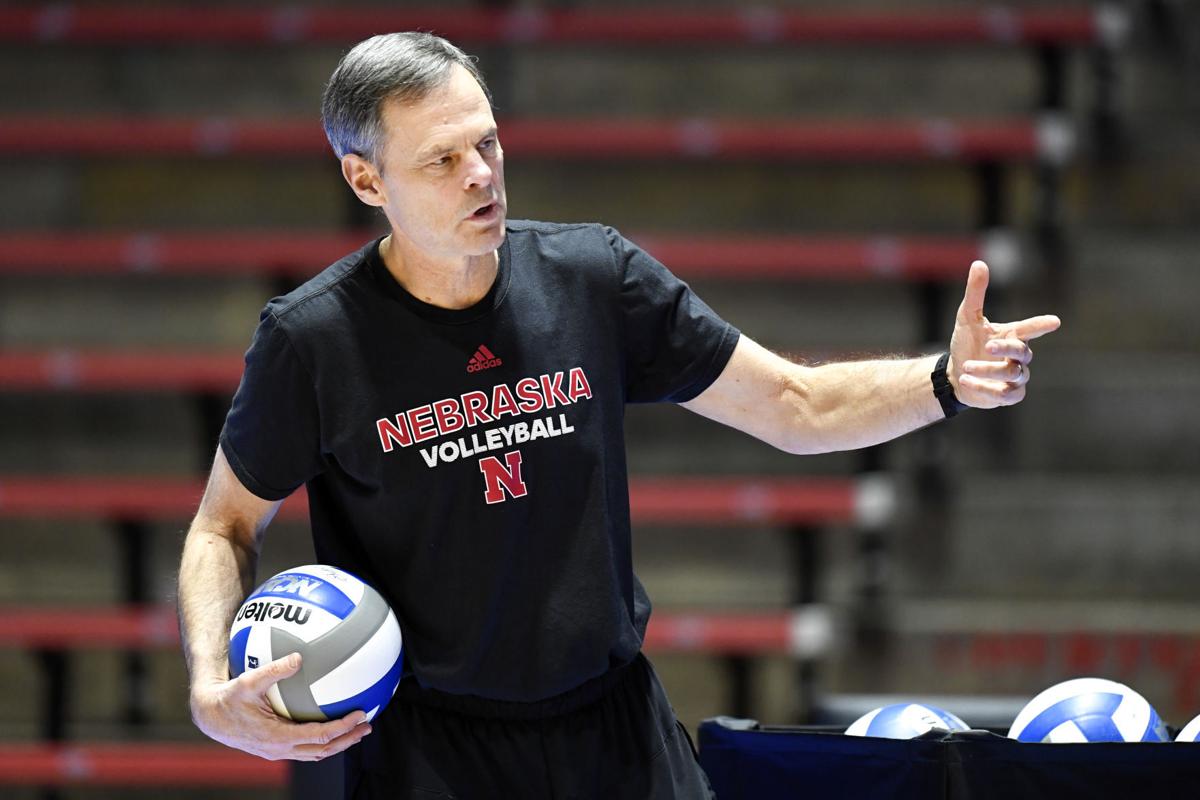 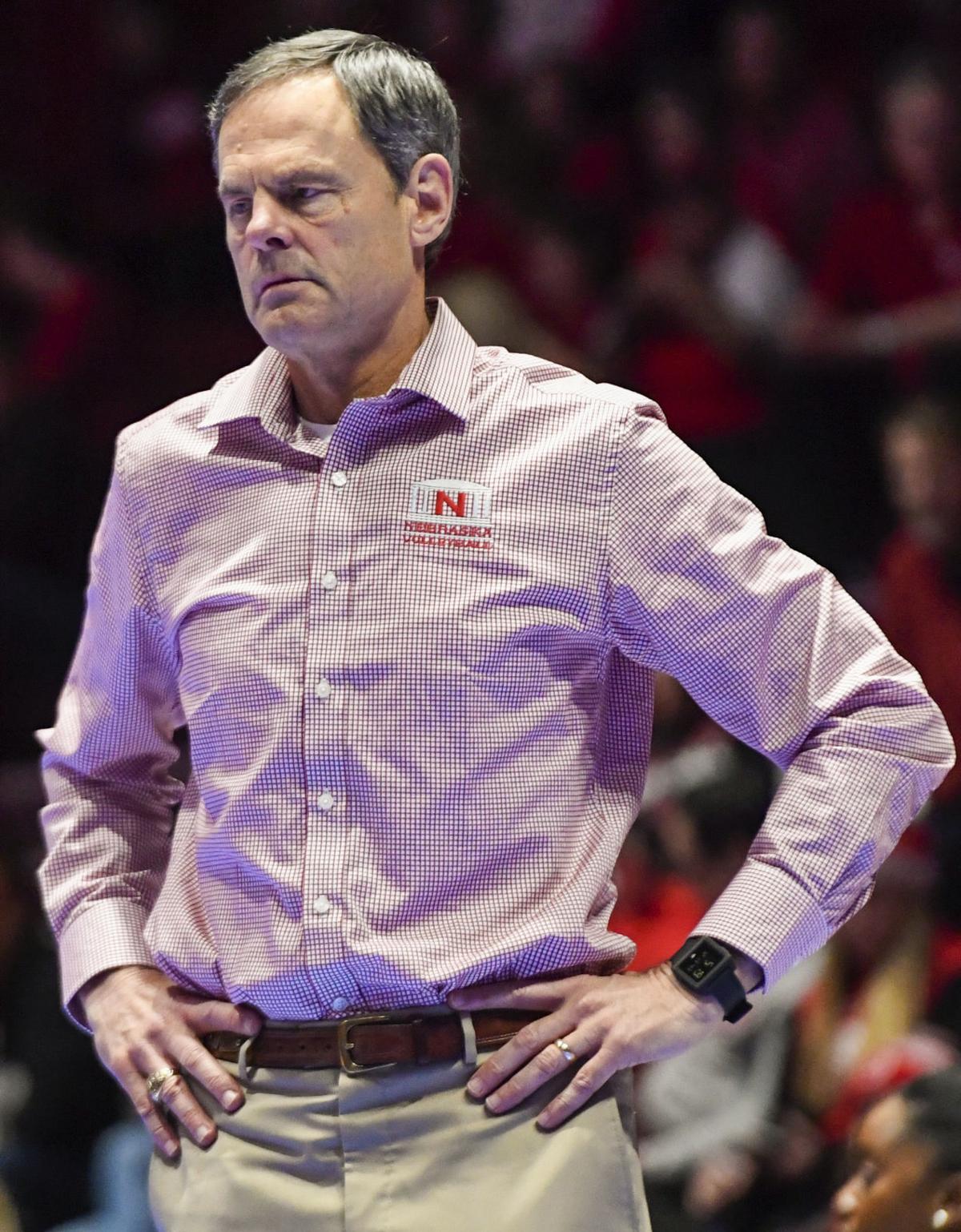 One of the mottos that coach John Cook has for the Nebraska volleyball program and its players is to "dream big."

Cook is doing that again right now — even on a day that could end up being devastating for the program and college sports — with a plan for how college volleyball can regroup and play in the spring.

On Tuesday, the Big Ten Conference announced that fall sports won’t be played this fall due to COVID-19, ending for now what should have been a promising season for the Huskers to contend for a Big Ten title and try to reach the NCAA Final Four, which was scheduled to be played in Omaha.

The Big Ten said in a statement that competing in the spring remains "a possibility."

The NCAA hasn't released a decision on Division I fall sports championships, but that should come soon considering many of the 330 Division I volleyball teams won't play in the fall. The Pac-12 also postponed fall sports Tuesday, meaning nine of the past 10 NCAA champions won't play in the fall. Those teams include Stanford, Penn State, Nebraska and UCLA.

Cook says the Big Ten coaches have already pivoted to work on a plan to give to Big Ten leaders for how the season could work in spring 2021.

“The Big Ten coaches have put together a spring schedule and spring plan of how to work around everything and make it all work, the dates and the times and how to do it,” said Cook to the Journal Star. “That was given to the Big Ten office (Tuesday) at 3 o’clock, to say, ‘Hey with volleyball, we’re ready to go in the spring and here is the plan and we got all of the answers for the questions.’ We’ll let the Big Ten administrators look at it and see what they think and work through it, and then see what the rest of the country thinks.”

It may be an ambitious plan right now not knowing if the same health concerns will remain in the spring. Also, how hard a hit will the budgets for volleyball programs take due to lost revenue connected to football? But at least the coaches have a plan to fight for their sport.

The spring proposal would be to begin playing matches in February, and have close to the normal 14-week regular season, followed by the NCAA Tournament in May. Cook says officials in Omaha have a copy of the proposal, in hopes that they could still host the Final Four.

The Big Ten volleyball coaches have held online meetings for many months, and at some point Cook said the group needed to start thinking about what a spring season could look like.

“There were so many unknowns, and we were in a meeting and I finally said, ‘Hey, we got to be ready to go in the spring if all of this shuts down,’ and here we are,” Cook said. “We thought this would happen way earlier in the summer, so that’s why we started on it. Now we got six months to figure it all out, and see what happens with COVID and see what happens with students coming back to school. So we’ve got time to figure it out.”

Nebraska Athletics is probably better prepared to handle a spring volleyball season because it doesn’t play matches in the same arena as the men’s and women’s basketball teams, which is the case at many schools. But adjustments have been made for many things to work during the pandemic.

“Spring is better than nothing,” Cook said.

Cook is also hopeful that a move to the spring would provide the best chance for the season to be completed. He worried that something similar could happen in the fall as happened to winter sport athletes when they didn’t get to finish their senior seasons after they were shut down early due to COVID-19.

Cook also is hopeful that in the spring there may be fewer restrictions on the number of fans who can attend matches.

Cook had already canceled Tuesday’s practice, so many of the players probably learned of the season being postponed on social media.

But during practice Monday, Cook had told the team this could happen.

“We met (Monday), so we were already preparing for all of this,” he said. “We just talked about what was potentially going to happen today. We prepared them, and when they finally announced it, we kicked our plans into place, and here we go.”

The team won’t practice again this week, and will regroup later. Cook expects that the Huskers will be able to practice some this fall.

After months of uncertainty, Cook feels like the players are at least glad to know what’s going to happen this fall.

“I think they’re relieved to know that, ‘OK, now we know what’s in front of us and let’s focus on that, and not focus on everything else,’” Cook said. “At least we know, and we’re not sitting there every day wondering what’s happening.”

Certainly, you have questions. Chris Basnett tries to offer answers to some of the most pressing questions brought on by the Big Ten's announcement.

Steven M. Sipple steps in with five thoughts from a "historically dark day" for Nebraska and explains why the move feels shocking.

Husker volleyball team about to begin practice, but Cook says playing in spring may be better option

The uncertainty about the season is still there, but Nebraska has a scheduled start date with a Wednesday afternoon practice.

Nebraska has at least one suitor for a game this fall.

Big East will not have sports in the fall

The Big East Conference, which includes Creighton, announced Wednesday that it will not play sports in the fall.

The news marks another financial hit for Omaha, which has already lost the College World Series, NCAA basketball and Olympic swim trials this year.

Kennedi Orr, the No. 1-ranked recruit in the nation in the 2021 graduating class, will join the Huskers for a potential spring season.