For the past few years, the United States women’s national volleyball team brought in players to challenge Justine Wong-Orantes at libero.

Each year after college graduation new players showed up in California for a tryout. Former Penn State outside hitter Megan Courtney made a position switch to libero and had a chance to unseat Wong-Orantes.

But Wong-Orantes, who played at Nebraska from 2013-16, fought off each of the challengers and is the last one standing, earning the only libero spot on the U.S. Olympic team. The team leaves for Tokyo on Saturday, with the tournament beginning on July 24.

It will be the first Olympics for Wong-Orantes.

She’s the seventh former Husker who will play volleyball for the U.S. in the Olympics, and one of three ex-Huskers on the team this year, along with Jordan Larson and Kelsey Robinson.

It was satisfying for Wong-Orantes, and good for her confidence, that she held off all of the hopefuls to become the Olympic libero.

“So many liberos came through, and it was a test to see how much you can grind,” Wong-Orantes.

There were about five liberos that spent time training with the national team trying to earn the nod.

With a limit of 12 players, the Olympic roster is the toughest to make. For some of the other tournaments the national team plays, there are 18 players on the team.

That means there is only one libero chosen. Wong-Orantes got the spot, while Courtney is an alternate for the Olympic team.

“It’s pretty intense, because it’s only one or the other,” Wong-Orantes said. “So it’s between me and Megan Courtney. It’s just a constant grind every day in practice. And Megan has been such a huge support. I think we’ve both been really good for each other. Whoever had made the team we were there for each other.”

Team USA coach Karch Kiraly told her to take a few weeks of rest, but she started practicing right away. All of her hard work paid off last month when she got the news she’d made the Olympic team. The news came while the team was in Italy for the FIVB Volleyball Nations League tournament.

The 18 players there had the option to be told their fate during a meeting with the coaches, or wait and get the news in an email with the full list of players chosen. Wong-Orantes opted to meet the coaches.

“I think I was the third or fourth person that went in,” she said. “I was just like, ‘Alright, just give it to me straight. Did I make it?’”

The answer was yes.

“I was tearing up in the meeting, and just overjoyed,” Wong-Orantes said. “There were so many emotions because it was so cool to be told that in person with all of the coaches. Then there was a two hour period where we could not say anything because all of the girls on the team were finding out the news.”

After the email went out, Wong-Orantes met up with some of the other players her age on the team that were chosen, including Jordyn Poulter, Haleigh Washington, Chiaka Ogbogu and Jordan Thompson.

“We were all kind of soaking that in together. Enjoying that moment together was pretty cool,” Wong-Orantes said.

Wong-Orantes felt like her breakthrough with the national team came in 2019. Instead of playing for a pro team in 2018 she stayed in California during the winter and worked a lot with Kiraly on her serve-receive.

“Going into 2020 Karch had told me I had a pretty good chance of going to Tokyo, but then the pandemic hit. So that held everything off,” Wong-Orantes.

When the Olympics got delayed from 2020 to 2021 it could have impacted her chances of making the team. That could have given a recent college graduate the time needed to prove to the coaches they were ready. It gave Courtney another year of experience at libero.

“Anything could change,” Wong-Orantes said. “We were having a lot of moving parts, and we didn’t know what would happen with graduates coming out of college.”

Wong-Orantes’ approach was that the postponement gave her another year of experience. She played on a professional team in Germany this season, so she got to play a lot of matches.

Between her two years of playing professional volleyball, and the stipend the U.S. players get when training with the national team, Wong-Orantes hasn’t had to work any other part-time jobs other than some coaching. Also, the U.S. players and coaches shared a $1 million prize after winning the Volleyball Nations League tournament last month. Wong-Orantes earned the tournament’s top libero award, which was worth $10,000.

The 25-year-old Wong-Orantes plans to keep playing after the Olympics.

The Nebraska volleyball team's annual scrimmage is back, and fans will have a chance to grab up tickets this week.

The Americans finished fifth with a 6-2 record in Europe — and Ally Batenhorst, Lindsay Krause and Lexi Rodriguez each played a key role.

The former Husker and three-time All-American helped the U.S. win a world championship in 2014, silver medal in 2012 and a bronze medal in 2016

Sarah Pavan and her partner opened play with a two-set sweep, and Keisei Tominaga flashed a hot hand for the home nation in hoops.

From small-town Nebraska to Tokyo, Maggie Malone has chance at American history at Olympics

Only 10 years ago, Maggie Malone had never competed in javelin. Now, she has a chance at calling herself the best in the world.

The top-ranked Americans beat No. 16 Argentina 25-20, 25-19, 25-20 in Tokyo with former Huskers Jordan Larson and Justine Wong-Orantes in the starting lineup.

Justine Wong-Orantes considered retirement, now she’s got a gold medal and is one of the best players in the world 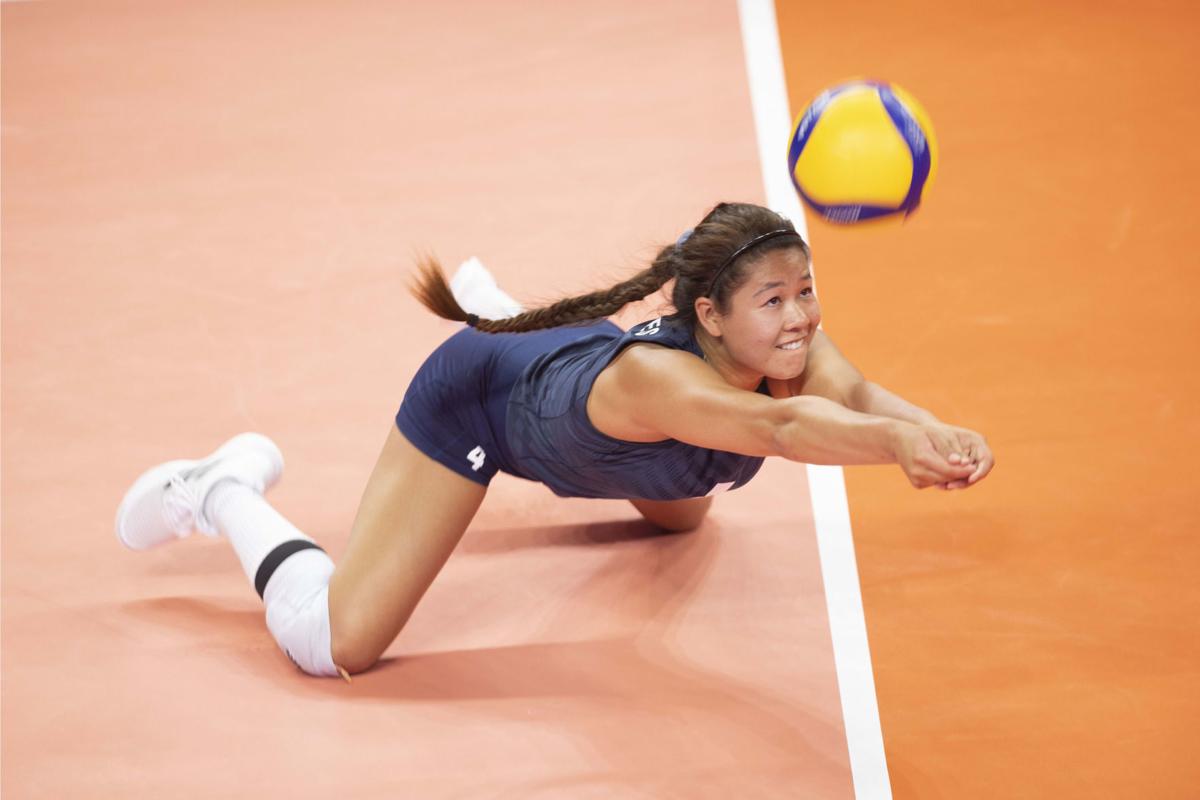 U.S. national team libero Justine Wong-Orantes dives to dig a shot during the Americans’ 3-1 win against Brazil on May 27 in Rimini, Italy. 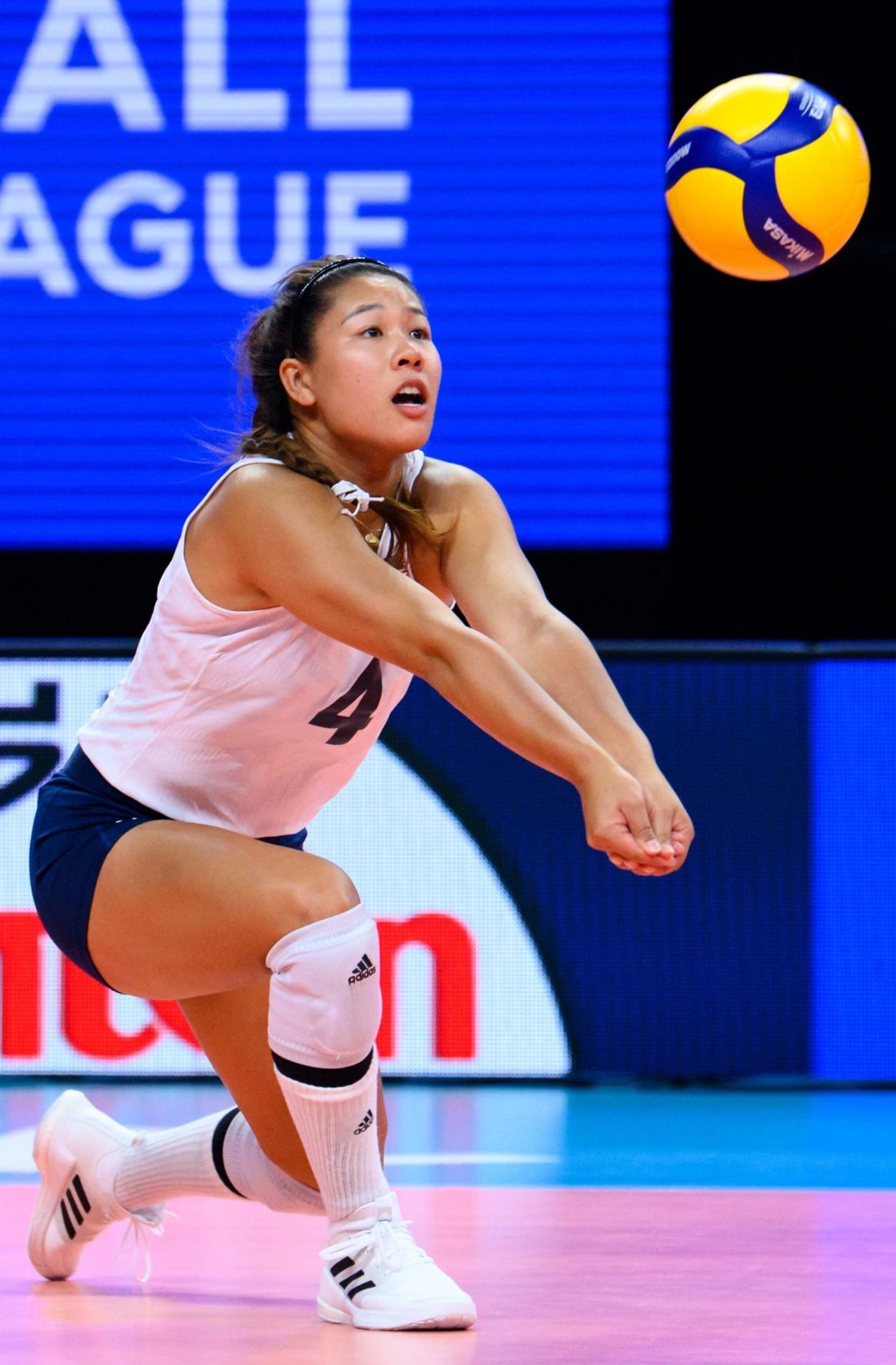 Justine Wong-Orantes passes a serve during the Americans’ three-set win against Canada on May 26 in Rimini, Italy. 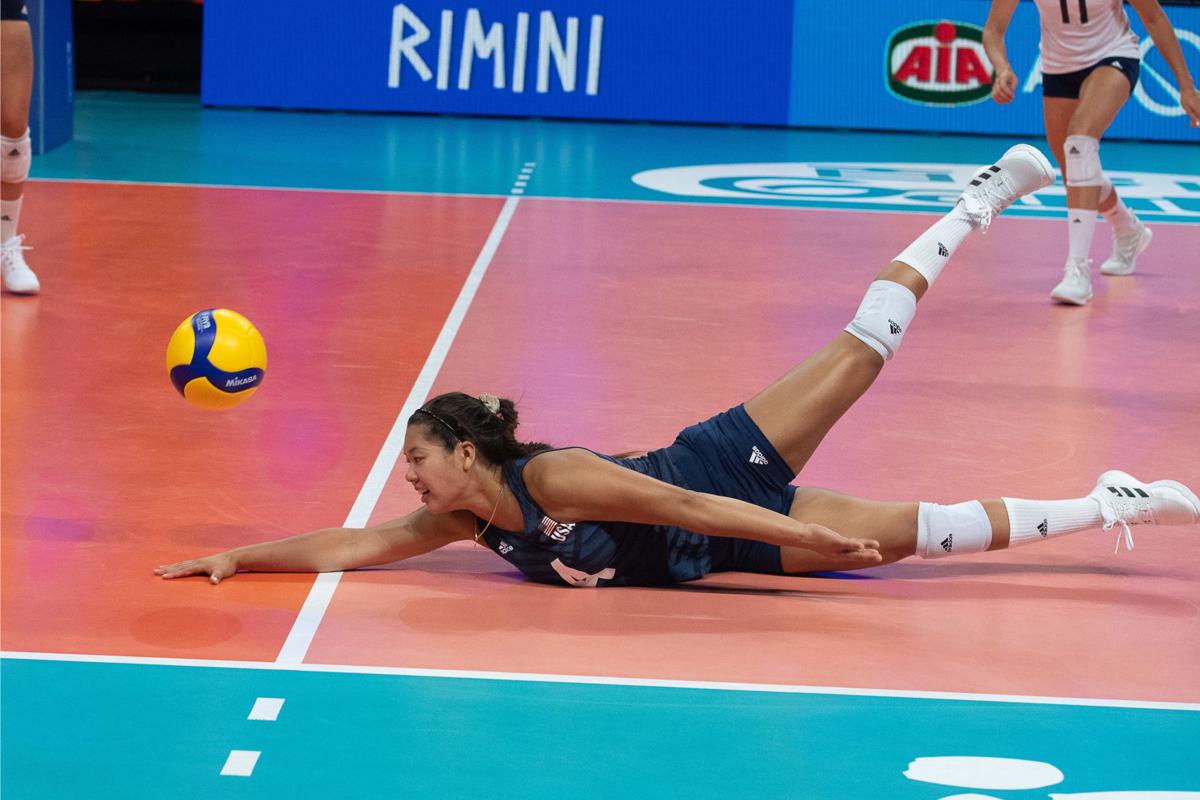 U.S. national team libero Justine Wong-Orantes dives to dig a shot during the Americans’ four-set win against Italy on June 8 in Rimini, Italy.