Husker volleyball notes: With a few wins Hames sisters would face off in NCAA Tournament
0 comments
Share this
{{featured_button_text}}
1 of 2 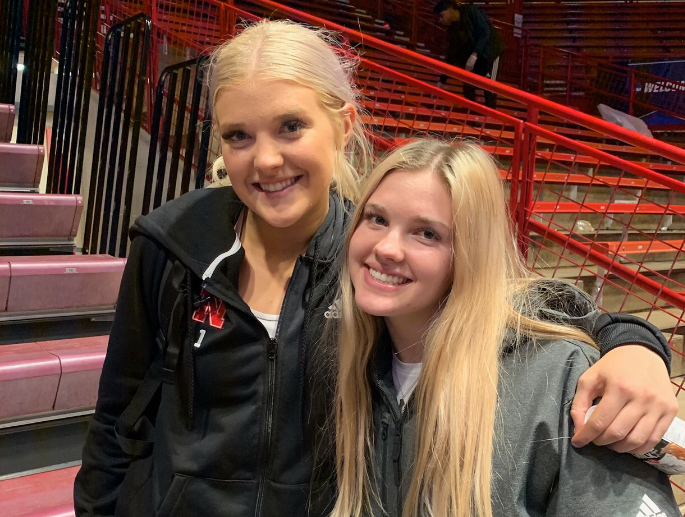 During the 2019 NCAA Tournament, Kayleigh Hames (right) went to watch her sister, Nicklin, play for Nebraska in the Madison, Wisconsin, regional. This season both sisters are in the tournament, and could play each other in the third round. Kayleigh is a sophomore defensive specialist for 20th-ranked Pepperdine. 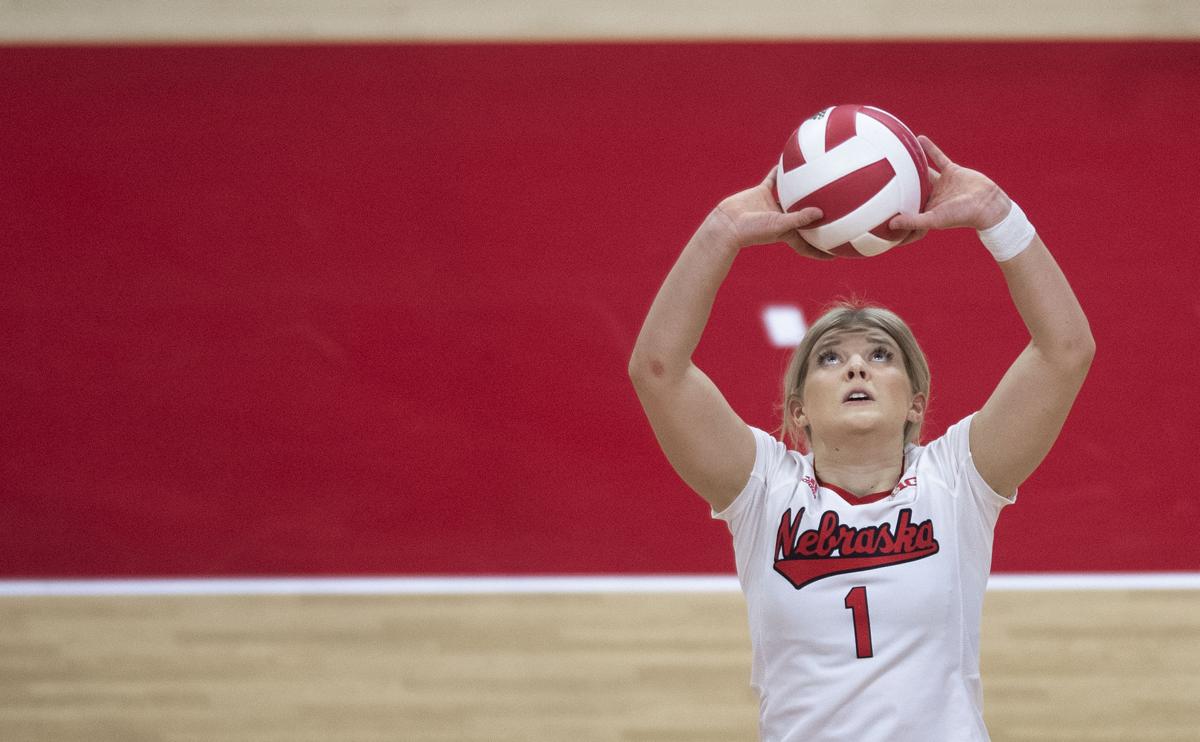 This season’s one-site NCAA volleyball tournament worked out well for the parents of Nebraska’s Nicklin Hames.

Nicklin and her sister, Kayleigh, are each playing in the tournament. Hames is in her third season as the Huskers’ starting setter, while Kayleigh is a sophomore defensive specialist for Pepperdine.

In a normal season, the first round would be played at 16 sites and Jason and Christine Hames would have to make a choice of where they would go or split up. Now they’ll head to Omaha and be able to watch both daughters play in the same spot.

The NCAA volleyball tournament will soon be in Omaha. Here are the details — the bracket, the arrivals, the court setup, the hotels, etc.

And Nebraska and Pepperdine are in the same region and could face off in the third round. No. 20 Pepperdine plays UMBC in the first round Wednesday. With a win, Pepperdine would play No. 11 Baylor in the next round.

No. 4 Nebraska plays its first match at 2:30 p.m. Thursday against the winner of Texas State-Utah Valley.

Next Thursday, Kayleigh and Nicklin could be playing at 11 a.m. and 2:30 p.m. in the same convention center at CHI Health Center Omaha.

Nicklin Hames was excited when the bracket came out and Pepperdine was in the same part of the bracket.

“My parents are coming for the first and second round,” she said. “I don’t know who they’re going to cheer for. Probably her. She’s probably the favorite child, honestly. But I’m excited that we’re in the same bracket and that her team made it. They’ve have had a really great season.”

In the six days since the bracket came out, the tournament has been a topic of a family chat.

“My uncle was texting, ‘So who is going to cheer for who,’ and trash talking,” Nicklin Hames said. “So it will be interesting to see if we get to play them.”

Both sisters take pride in playing defense. Nicklin Hames is one of the best defensive players in the nation at her position and ranks second on the team in digs with 162. Kayleigh Hames ranks fourth in digs for the Waves with 116.

Pepperdine last made the NCAA Tournament in 2018, before Kayleigh Hames was on the team. Last season, she traveled to Madison, Wisconsin, to watch the Huskers play in the Elite Eight.

Both sisters were top-50 national recruits. In high school they played for their mother at the Webb School in Knoxville, Tennessee.

Their mom played volleyball at Oregon State and for the Australian national team.

This season the NCAA Tournament will be different. Nebraska won’t get to play in front of 8,000 fans at home for the first two rounds like normal. The Huskers won’t even know their first-round opponent until about 22 hours before they play.

But Nicklin Hames is just glad Nebraska gets a chance.

Coach hopes experience gives Huskers advantage: Because Nebraska’s final two matches of the regular season were canceled due to COVID-19 cases for Penn State, it’s already been a long time since Nebraska played a match, and the Huskers still have to wait four more days to play.

By the time Nebraska plays, it will have gone 19 days between matches.

And this season more than most it’s hard to say how good Nebraska really is because the Huskers only played 16 matches and just four against ranked teams.

“If we play like we train, I feel great,” said Nebraska coach John Cook said. “The question is how we will handle the environment, the layoff and the nerves of the NCAA Tournament.

“I take some comfort in knowing that we have a pretty experienced team who has been there before. It may take us a while to play into it, but if we can play like we’re training, that will be awesome.”

In a few matches Nebraska didn't play well to begin the match, and that hurt the Huskers. But if Nebraska plays as well as it did in a sweep of No. 5 Minnesota, the Huskers could stick around in Omaha for a while.

“I think our ceiling is pretty high that we can play at, if we get things rolling,” Cook said.

In five days, the Nebraska volleyball team will enter the volleyball bubble in Omaha. Here's what the Huskers will be up to when they aren't playing.

Nebraska's Nicklin Hames, the fiery sophomore who gets blocks against some of the best players in the country that you wouldn’t always expect …

Putt-putt and Mario Kart: How Malcolm grad Zimmerman and Creighton are having some fun at NCAA Tournament

Creighton will be staying at a hotel in Omaha due to COVID-19 guidelines. But that won’t stop Jaela Zimmerman from having a little fun along the way.

The Huskers identified serving as an area of emphasis leading into this season. There's been marked improvement — and the stats back it up.

The first step to being an All-American is making one of the 10 all-region teams, which four Huskers did Tuesday.

Taking on an entire NCAA Tournament featuring 48 teams? Omaha said 'bring it on'

Hosting the Final Four is a challenge on its own. But all 47 matches? That's a different beast. But officials in Omaha didn't blink.

All of the happenings from the first day of the NCAA Tournament in Omaha.

During the 2019 NCAA Tournament, Kayleigh Hames (right) went to watch her sister, Nicklin, play for Nebraska in the Madison, Wisconsin, regional. This season both sisters are in the tournament, and could play each other in the third round. Kayleigh is a sophomore defensive specialist for 20th-ranked Pepperdine.