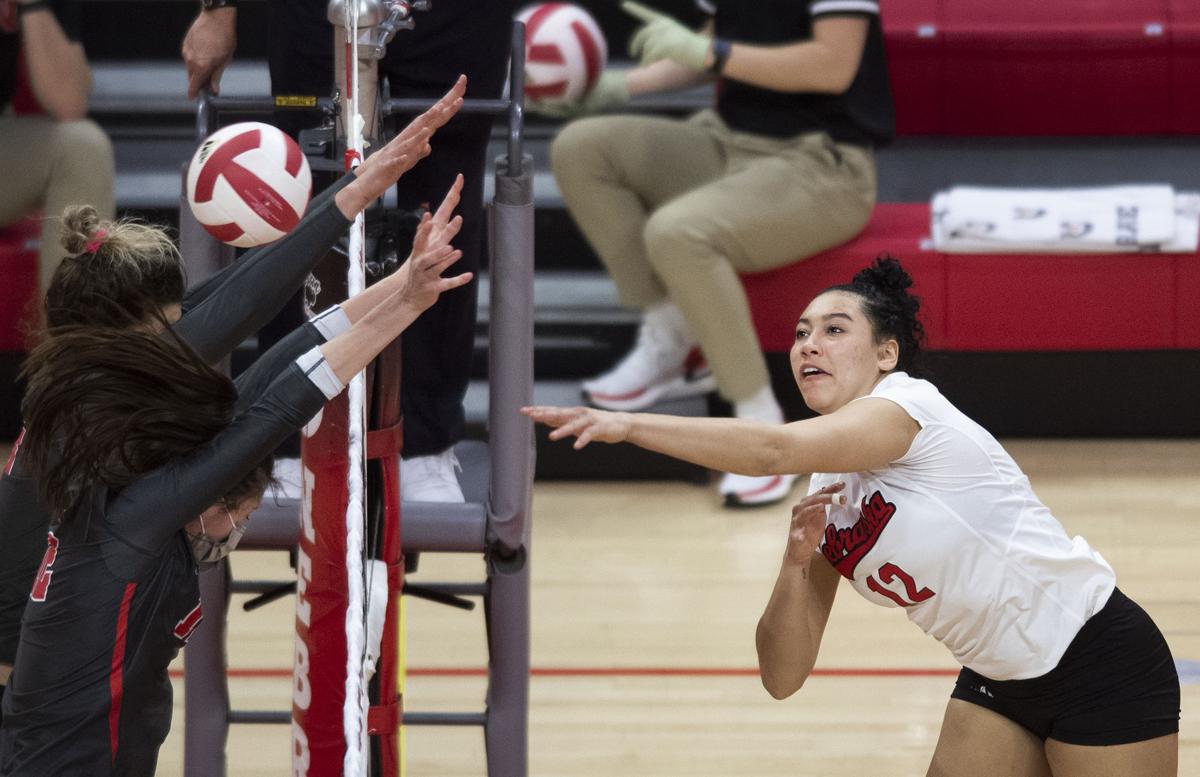 Nebraska’s Jazz Sweet (right) attempts a kill in the first set against Ohio State on March 12 at the Devaney Sports Center. 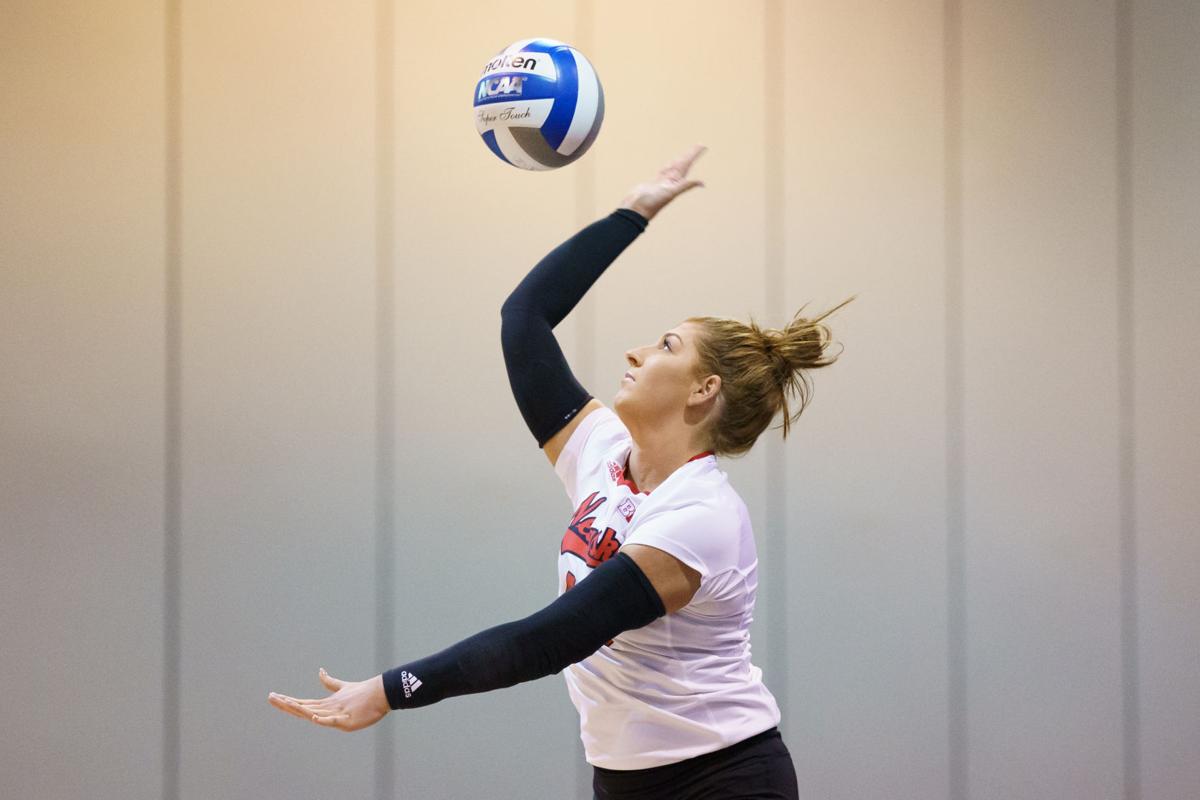 Nebraska's Hayley Densberger serves against Texas State during the second round of the NCAA Tournament on April 15 at CHI Health Center Omaha.

Jazz Sweet and Hayley Densberger won’t be returning to the Nebraska volleyball team next season.

The two seniors won’t use the extra year of eligibility players are given due to the COVID-19 pandemic, coach John Cook said to the Journal Star on Monday.

The Scene: Stay in Omaha well worth it for Kentucky, which delivers national title to Cook coaching tree

Sweet may try to pursue a professional volleyball career in one of the many overseas pro leagues.

Sweet was a starter for parts of four seasons. She started on Nebraska’s 2017 national championship team as a freshman, and again when the Huskers returned to the national title match in 2018.

In her four seasons combined at Nebraska, she had 970 kills and 282 blocks.

Densberger, a serving specialist from nearby Malcolm, had 39 career aces and also played on Nebraska’s 2017 title team. She was the only Nebraska native who played extensively this season. She's the first from her high school to ever play for the Husker volleyball team.

Going forward at the right-side hitter position, sophomore Riley Zuhn started at that spot for most of this season before being injured.

And Nebraska has three incoming freshman outside hitters — Lindsay Krause, Ally Batenhorst and Whitney Lauenstein — and one of them could make a move and play the right-side hitter spot.

National champion Kentucky is No. 1, followed by Texas, Wisconsin, Washington, Florida and Nebraska.

Nebraska finished the season with a 16-3 record after losing against Texas in the NCAA Elite Eight last week. Each of the Huskers' losses came against teams that finished in the top 10 — Texas, Minnesota and Ohio State.

Nebraska remains a model for being consistently good in the sport. Nebraska has been ranked in the top eight of the final poll for nine straight years. And the Huskers' streak of nine consecutive NCAA regional finals appearances is the longest such streak in the country.

Pittsburgh, which includes Platteview graduate Sabrina Starks, made a big jump in the poll from 19th to eighth after reaching the Elite Eight for the first time.

Krause, an outside hitter who will join the Huskers this summer, won the 18-open national title with her Premier Nebraska 18 Gold team. The team finished with an 8-1 record in the tourney. Krause injured her knee earlier in the club season. But she still played libero for most of the national tournament, including in the championship match win against a team from Chicago. Norah Sis from Papillion-La Vista was named the MVP of the division.

And Allick, a 2022 recruit from Waverly, won the 18 national division (second division) with her 18 Elite team from Volleyball Club Nebraska in Lincoln.

Growing the sport: After winning the national championship, Kentucky coach Craig Skinner said not only does he hope winning means great things for the UK program, but that the sport will continue to grow across the country.

Stivrins is just the 13th player in program history to be named an All-American at least three times. She also earned first-team honors as a sophomore, and was second team as a junior.

Nebraska’s Jazz Sweet (right) attempts a kill in the first set against Ohio State on March 12 at the Devaney Sports Center.

Nebraska's Hayley Densberger serves against Texas State during the second round of the NCAA Tournament on April 15 at CHI Health Center Omaha.