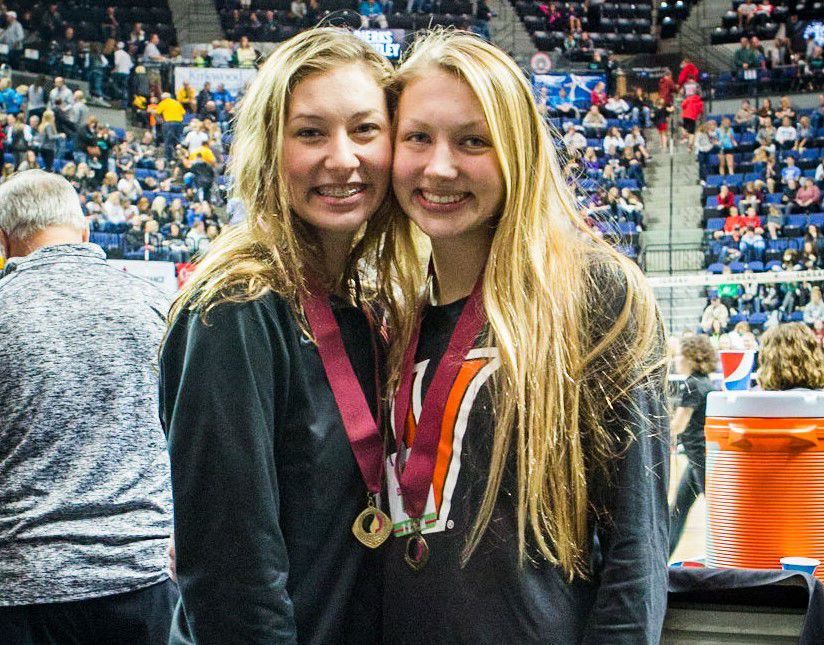 In 2016 Madi Kubik and Hannah Sedwick were teammates at Valley in West Des Moines, Iowa, and each made the all-tournament team at the state tournament. Now Kubik is a starter for Nebraska, and Sedwick starts for Baylor, and they’ll face off in the NCAA Sweet 16. 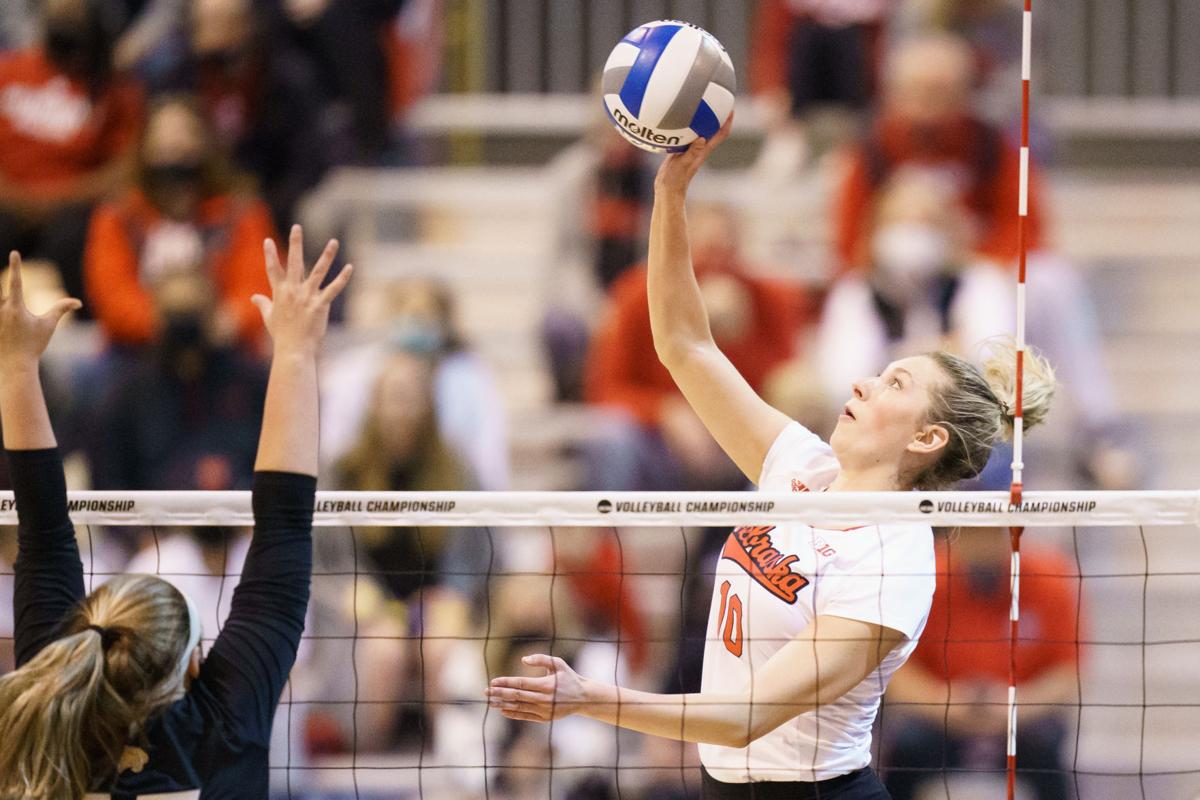 Nebraska's Madi Kubik goes up for a kill against Texas State during the second round of the NCAA Tournament on Thursday at CHI Health Center Omaha.

A matchup between the Hames sisters that some people were hoping for in the NCAA volleyball tournament won’t happen, but Nebraska’s upcoming match against Baylor is still an example of how small the college volleyball world can be.

Nebraska setter Nicklin Hames had hoped to play her sister’s Pepperdine team in Sunday’s Sweet 16 match, but Baylor defeated Pepperdine in five sets in the second round.

So now Nebraska sophomore outside hitter Madi Kubik will get to play against one of her high school teammates, Baylor senior setter Hannah Sedwick. In high school, Sedwick was Hannah Lockin, before marrying Baylor football kicker Jay Sedwick last year.

For two seasons, Kubik and Sedwick were on the varsity team together at Valley High School in West Des Moines, Iowa, when Kubik was a freshman and sophomore in 2015-16. In high school, they each played outside hitter before Sedwick became a setter in college.

“One of my high school teammates is actually the setter for Baylor, so I know her pretty well, which is fun,” said Kubik after Nebraska's second-round win against Texas State.

They’ve exchanged messages since both teams arrived in Omaha earlier in the week.

“They were actually at the zoo the same time we were, so we were texting and trying to find each other,” Kubik said. “We didn’t end up getting to, but I guess we’ll find each other Sunday.”

Last season, Sedwick earned first-team All-America honors after leading the Baylor offense to a share of the team’s first Big 12 championship and a spot in the NCAA semifinals. She helped the Bears achieve their first No. 1 ranking, and the No. 1 seed in the NCAA Tournament.

Other examples of the small world college volleyball can be is former high school teammates and close friends Kenzie Knuckles (Nebraska) and Kylie Murr (Ohio State) each being the libero for teams in the Sweet 16.

Scouting Baylor: The 11th-ranked Bears (20-6) are led by 2019 national player of the year Yossiana Pressley, a 6-foot outside hitter. Among the remaining teams, she has the best kills-per-set average (4.68). Against Pepperdine, Pressley had 26 kills and hit .321.

“Obviously, Yossiana Pressley is a stud for them,” Kubik said.

“The key is they set (Pressley) everywhere,” Cook said. “They set her in the front row, back row, left side, right side, middle. She moves all around. They do a pretty creative job of getting her kills. We’ll prepare well and try to slow her down as much as we can.”

In the "volleyball bubble": The teams spend almost all of their time at the arena — where they have daily COVID-19 testing, practice and matches — and the hotel. Nebraska’s hotel is close enough that the team walked to Thursday's match.

But earlier in the week, Nebraska and other teams had a trip to the zoo. They had to wear face masks and were outside for much of the visit.

“We’re not in as much of a bubble as maybe the (NCAA) basketball tournament was. I guess they were super-quarantined,” Kubik said. “But with us being tested every single day, and most of the team being vaccinated, if we’re careful and all keep our masks on and wash hands, then we’re good.”

The Huskers eat at the hotel but have brought in meals from local restaurants a few times.

History ends in second round: Four teams — High Point, Morehead State, Weber State and Wright State — each won in the NCAA Tournament for the first time on Wednesday. But the second round didn’t bring more history for those teams. All four teams got swept, with only High Point reaching 20 points in any set.

The seeds: The volleyball tournament only attaches seeds to the top 16 teams, and 14 of them advanced to the Sweet 16. The unseeded teams to advance are Pittsburgh (beat No. 14 Utah) and Western Kentucky (beat No. 15 Washington State). Western Kentucky is in the Sweet 16 for the first time. All of the remaining teams are ranked in the top 20 of the coaches’ poll.

No. 3 Minnesota vs. Pittsburgh, noon

All of the happenings from the first day of the NCAA Tournament in Omaha.

Nebraska and Pepperdine are in the same region and could face off in the third round, pinning the Hames sisters against each other on a big stage.

Did the Nebraska volleyball team improve from last season? John Cook has some thoughts about that

When you compare the two, the teams are pretty even — although it’s not a perfect study because of COVID-19's impact this season.

'We proved a lot of people wrong': Without Stivrins, Nebraska sweeps into regional final

“I think a lot of people were skeptical ... as to how we were going to show out without Lauren, and I think that everyone stepped up."

In 2016 Madi Kubik and Hannah Sedwick were teammates at Valley in West Des Moines, Iowa, and each made the all-tournament team at the state tournament. Now Kubik is a starter for Nebraska, and Sedwick starts for Baylor, and they’ll face off in the NCAA Sweet 16.

Nebraska's Madi Kubik goes up for a kill against Texas State during the second round of the NCAA Tournament on Thursday at CHI Health Center Omaha.