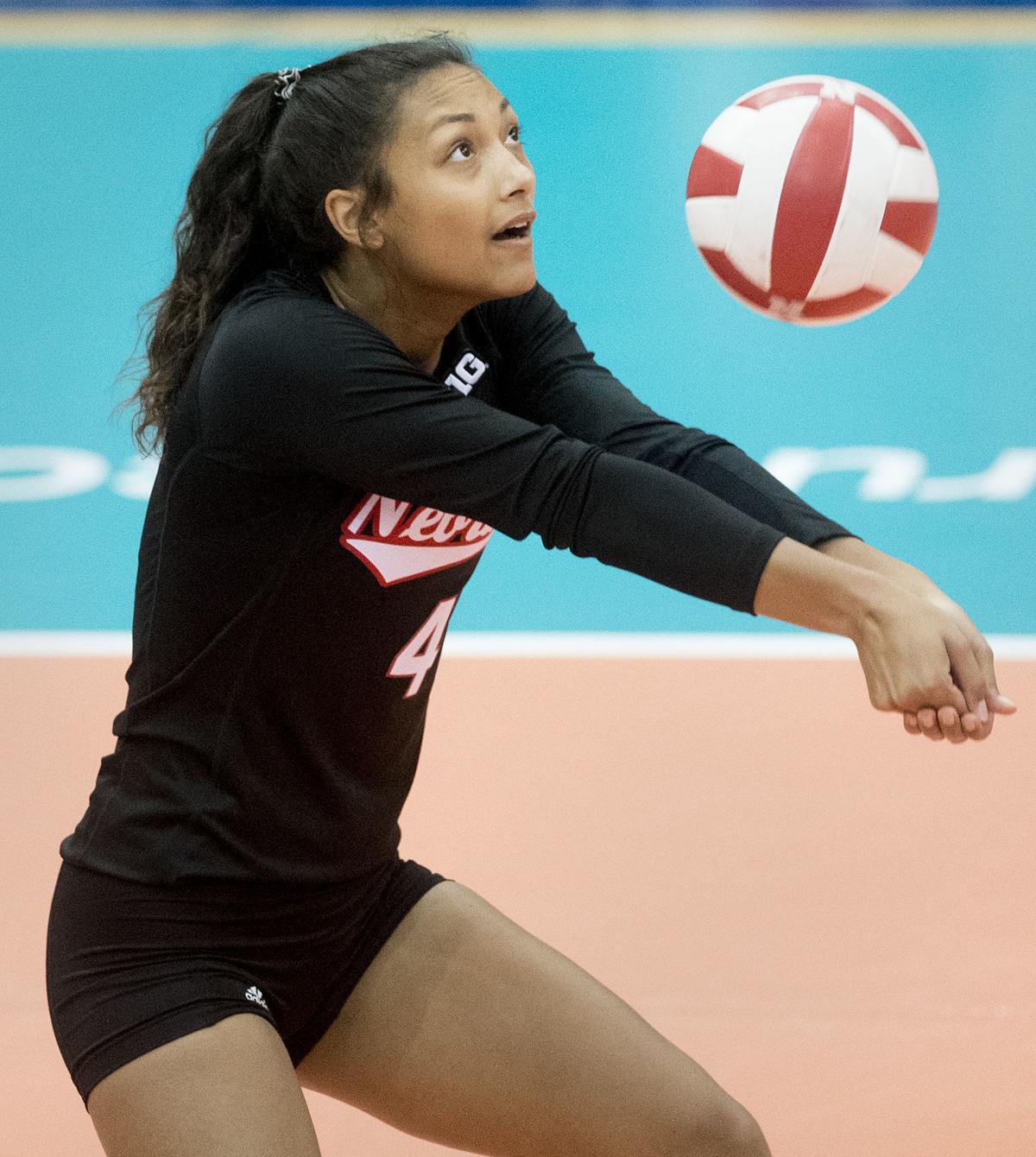 Kenzie Knuckles was the starting libero for the Huskers' spring match in McCook. 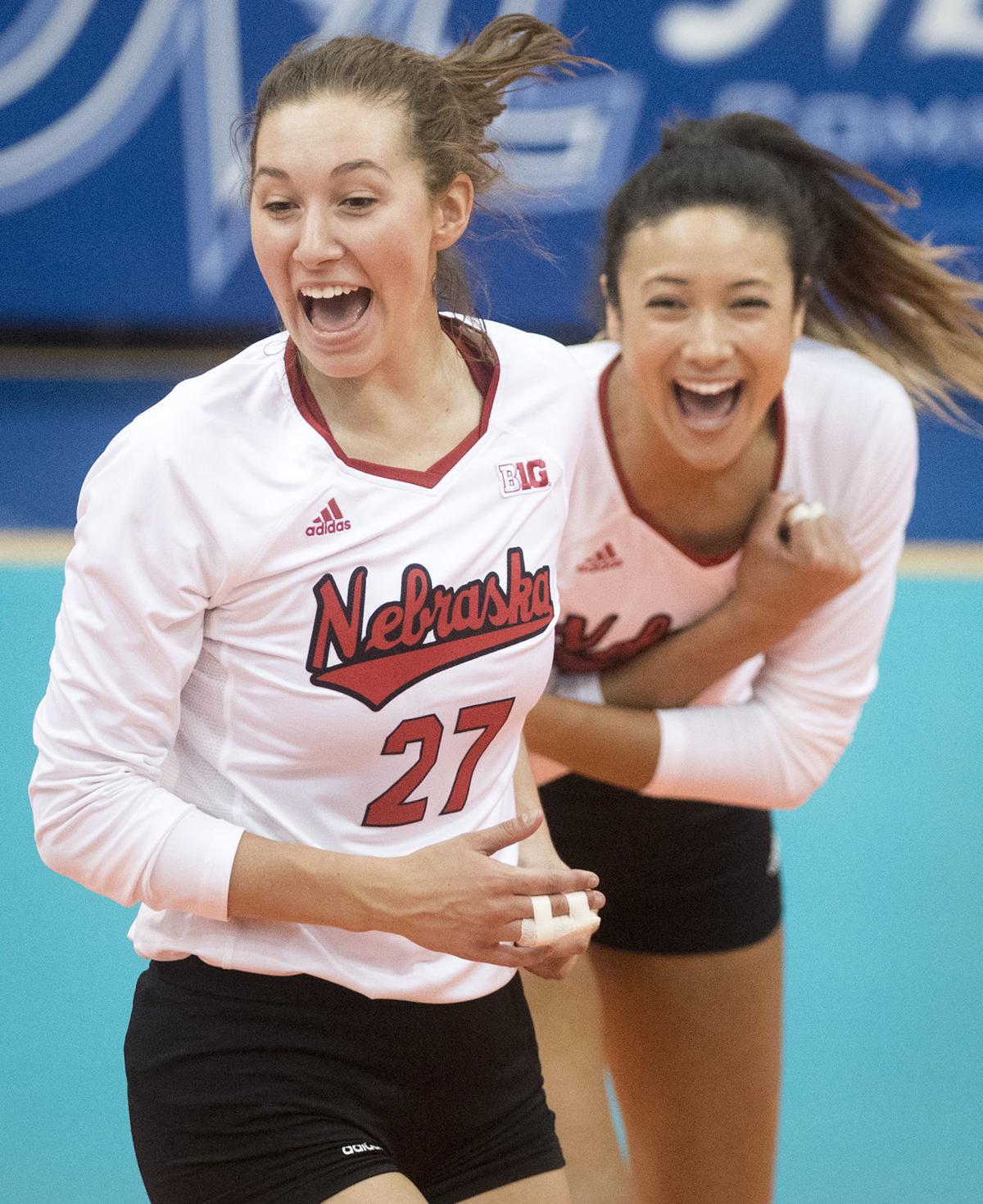 Madi Kubik and Kenzie Knuckles graduated from high school early and joined the Nebraska volleyball team in January, about five months earlier than the rest of the freshmen.

And while they haven’t been through the grind of the Big Ten Conference season or the NCAA Tournament yet, Kubik and Knuckles already saw the signs of what has led to the most successful stretch in program history, with four consecutive trips to the NCAA Final Four and two national championships in the past four years.

They saw the dedication the returning players had in the weight room, how hard Nicklin Hames and Lauren Stivrins competed to win a beach volleyball match against Hawaii and how the players demanded that a spring practice go one hour longer than coach John Cook had planned, because they wanted to practice serving.

Now in their first season, Kubik and Knuckles will have a chance to earn a starting spot, at outside hitter and libero, respectively.

The Huskers resumed practices in May, taking advantage of the 10 practices they're allowed before this summer’s 2½-week team trip to Japan and China to play matches and see the sights. That trip begins Saturday.

Kubik quickly saw some of the reasons why the Huskers have been so successful.

“I think it’s just the expectation level that Coach has, and everyone has for each other,” Kubik said. “Like automatically when you’re in the gym, everyone is holding each other to a high standard, and holding each other accountable for their mistakes, and the good things they do, as well. And I think just pushing us really hard that we’re not going to take a day off, and that everyone is always going 100 miles per hour at whatever we’re doing.”

How do they hold each other to a high standard in the program?

During their time with the team, Kubik and Knuckles talked to each other about how important it was for them to have the approval of the older players, because the players are respected so much by the coaches.

“I think what I’ve seen so far is they have a really good connection off the court too, and they seem close off the court, so it makes sense why watching them play it looks like they’re all playing for each other as a team,” Knuckles said. “You can’t really get that everywhere, so I think that’s a big part of the success here.”

Kubik came to Lincoln early so she could learn how Cook wants the Huskers to play, and get used being a college student-athlete before the real matches begin.

“I was anxious, because of how successful the program is, and how I wanted to fit in right away with the group,” Kubik said. “But I was excited for the opportunity to be here and be working out with the team and training with the team, and just to finally be a part of it because I’ve been waiting for so long. Being committed since sophomore year and waiting for so long, I was excited to start that process.”

Yes, this is all a little bit crazy and a lot of work what Nicole Drewnick is doing — graduating from high school early and moving from Texas …

Saturday morning, the Nebraska volleyball team will leave on a 2½-week trip to Japan and China.

Robinson leads Americans in surprising sweep of China in VNL

Kenzie Knuckles was the starting libero for the Huskers' spring match in McCook.