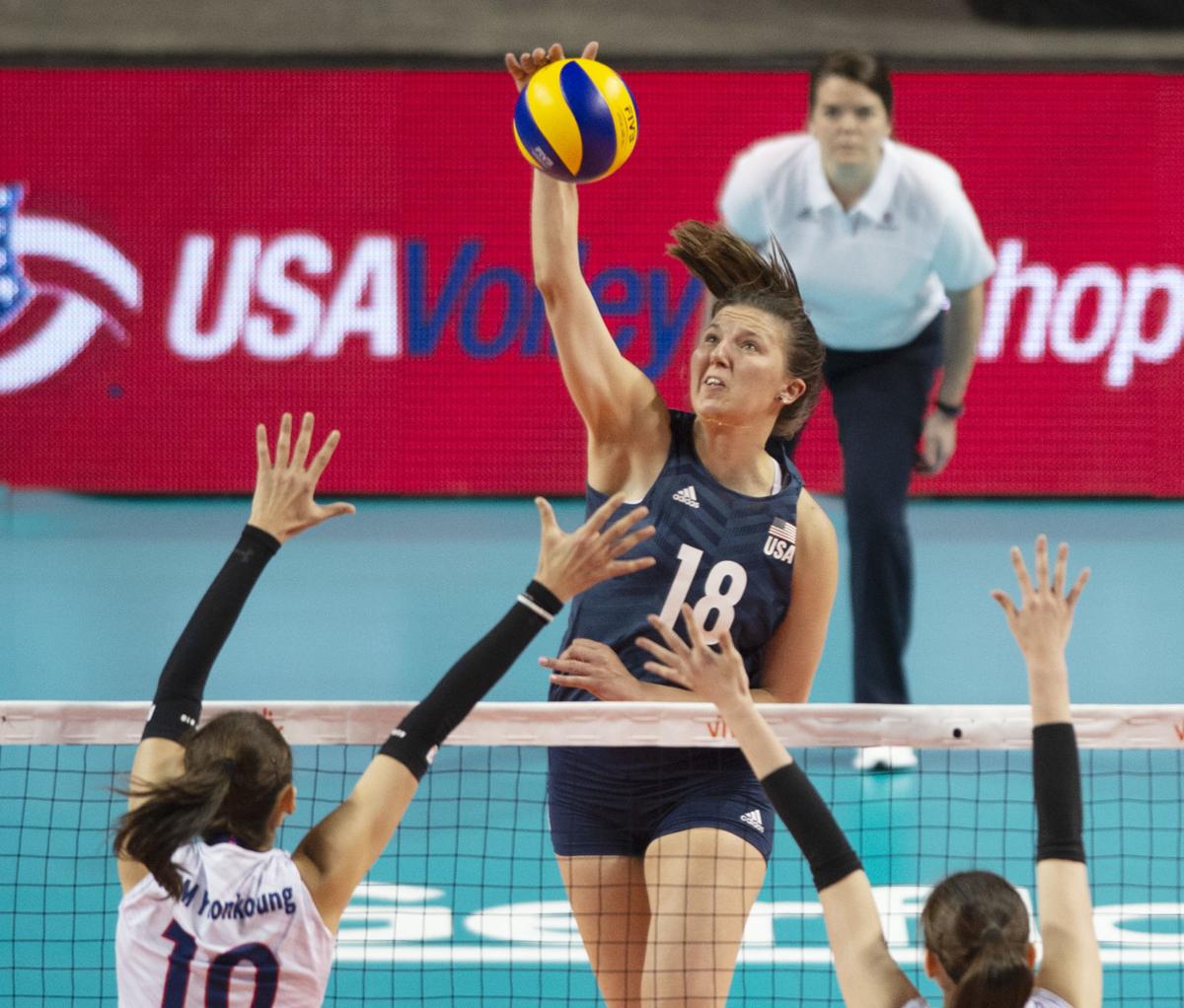 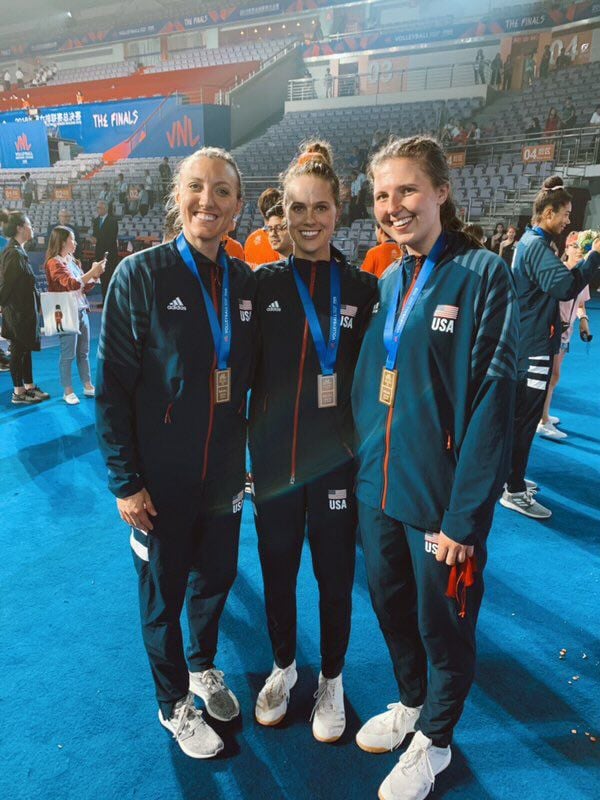 Just six months after her college career ended, former Nebraska volleyball player Mikaela Foecke has been able to make a quick rise to playing with the top group of players for the United States women’s national volleyball team.

Foecke has spent most of the past two months playing for the Americans in the FIVB Volleyball Nations League. The tournament ended on Sunday when the third-ranked United States beat No 4. Brazil in the championship match 20-25, 22-25, 25-15, 25-21, 15-13.

The Americans finished the tournament, which included three matches played in Lincoln in June, with nine consecutive victories and a 16-3 record.

For the tournament, Foecke ranked seventh for Team USA in scoring with 83 points on 75 kills, three blocks and five ace serves. She started seven matches.

Foecke was one of three ex-Huskers on the winning team, joined by Jordan Larson and Kelsey Robinson. That's the most players from any college.

Some players have to spend a few years playing in lower-level tournaments before getting a chance with the top U.S. team, but Foecke played her first senior-level matches in one of the big tournaments, where the U.S. players and coaches will share $1 million in prize money.

Foecke made the 14-player roster for four of the six weeks of the tournament, and she would have been on the roster one more week if she didn’t have to leave for her wedding in Iowa.

And while it’s no guarantee Foecke will continue to make rosters -- and it will get even more difficult next year when the Olympic roster is limited to 12 players -- she's off to a good start to her national team career.

Later this summer, Foecke will try to make the roster for the Olympic qualification tournament and the FIVB World Cup, which is one of the three major tournaments.

U.S. coach Karch Kiraly thinks Foecke has the potential to be a strong contributor over the course of her USA career.

“She’s a real good player who had a phenomenal college career and was one of the best players in college,” Kiraly said. “And she’s a rare exception, which is not usual for the Huskers in the mold of (Robinson and Larson), which is an outside hitter with all of the tools, and an outside hitter who has a real impact as a leader and a bringer of calm and poise in big moments."

Kiraly got to watch Foecke play in person during the NCAA Final Four last year in Minneapolis, including when Foecke had 27 kills as Nebraska lost to Stanford in the championship match.

But Kiraly knew about Foecke before that.

“There are certain players who are already strongly on USA’s radar,” Kiraly said. “Mikaela is one of them. Kathryn Plummer is another with Stanford. The two-time national player of the year who led her team to the championship and that fierce battle that they had with Plummer versus Foecke down the stretch in the final. There are certain players in the college game who command a lot of attention with their well-rounded skill set, and a skill set that fits their position at the next level. Lots and lots of outside hitters are totally unprepared for international play, but those two are very prepared because they stay on the court all of the time.”

Foecke said playing at Nebraska helped set her up for early success with Team USA because the programs focus on many of the same things. But college and international volleyball are very different.

“Some of these girls have been playing professionally for 10 years,” Foecke said. “Jordan Larson has been in the program for a long time now, and I just know all of the experience she has versus me.”

These are the colleges where the 14 players on the United States women’s national volleyball team that won the FIVB Volleyball Nations League championship on Sunday played, or are still playing. Eleven of the 14 players are from schools currently playing in the Big Ten Conference:

For Foecke a memorable month included graduation, wedding and a spot on the United States national team

When she looks back on this stretch of her life, former Husker volleyball player Mikaela Foecke says she’ll probably think she was crazy.

Three former Huskers have been named to the U.S. National Team roster for the final stretch run of the FIVB Volleyball Nations League finals, …

With split lives, ex-Huskers on Team USA quickly go from opponents to teammates

Last month, during one of the biggest weeks of the year for both Kelsey Robinson and Jordan Larson, they competed against each other in a grue…

The United States repeated as Pan American Cup volleyball champions with a 25-16, 25-21 29-27 win against Dominican Republic in Sunday's gold …