Once her college volleyball career is over, Nebraska’s Lexi Sun will have a chance to play professional volleyball if she chooses. So her post-college life may not be exactly the same as many of her UNL classmates.

Still, Sun isn’t in a hurry to put college in the rearview mirror.

“I’m not really in a rush to be done at Nebraska," Sun told the Journal Star on Thursday. "I’ve loved my time here."

2021 NU volleyball prospect returns home to learn of her biggest honor yet: Gatorade national player of the year

Two weeks ago, the two-time All-America outside hitter announced she will return to play for the Huskers for one more season. She’s taking advantage of the NCAA’s pandemic exception for the 2020-21 season that allows last season’s seniors to play one more season. The unique situation means Sun will still play four seasons at Nebraska even though she played at Texas as a freshman. She graduated last summer and will continue working on a master’s degree.

Sun made her decision about one month after the season ended, and announced it soon after. She was at home in San Diego when she made her decision, but recently returned to Lincoln to resume strength and conditioning workouts with the team in preparation for the start of the season in August.

While Sun took several weeks to make her decision, she said the process didn’t weigh on her too much.

“I think the pros of coming back and staying another year obviously far outweigh the pros of being done and moving on with my life,” Sun said. “It was something I had to think about and pray about, but it was a pretty telling decision with all of the things I had to think through.”

Sun feels like being at Nebraska provides her a lot of opportunities.

“I think the opportunity to stay and get another season is once in a lifetime, so just taking advantage of that and being able to get another shot at ending my senior season on a better note,” Sun said. “And just another opportunity to play with these girls. It’s such a special group of girls."

Nebraska finished last season with a 16-3 record after losing in the NCAA Elite Eight. The Huskers came up short of their goals of winning the Big Ten title and reaching the NCAA Final Four. Nebraska’s season was affected by having six matches canceled due to COVID-19 cases for its opponents.

“I think if we won the (NCAA) Tournament, a lot of things would be different right now,” she said. “I definitely think so. Obviously last year didn’t end the way that we all had hoped and I think just to be able to get another shot at it, I just want to take advantage of that.”

Sun likely would have had the chance to play pro volleyball this fall, at about the same time as Nebraska’s season will begin. She considered “anything and everything.”

But Sun says she didn’t get too far into seeing what opportunities she would have had in pro volleyball.

“I honestly didn’t get too far into that process,” she said. “There were different teams and people that were reaching out to me. Hopefully down the road if I were to want to go down that road I would just have to be more invested in reaching out to people and kind of seeing what my opportunities are.”

Sun should still have a chance to begin a pro volleyball career in January, either overseas or in a new pro league in the U.S.

Sun spoke with Nebraska coach John Cook multiple times while she was making her decision.

So Nebraska will have a mix of veteran players that includes setter Nicklin Hames, outside hitter Madi Kubik, middle blocker Kayla Caffey and libero Kenzie Knuckles, while also adding six freshmen to the mix.

“I think it’s going to be a really fun combo because obviously we have amazing girls coming in as freshmen this year,” Sun said. “And then we also have a lot of amazing players that have been here, and kind of know how Nebraska volleyball works. So I’m excited to see how we’re going to be able to work together and be great this year.”

The new players on the team have been at UNL for a few weeks, and now the returning players are joining them.

“We’re just all getting back,” Sun said. “We start classes next week. We’re also just all getting started working out as a team and doing open gyms and stuff like that. I’m excited to get to work with everyone and get started again.”

Rettke was the last of the eight seniors for Big Ten champion Wisconsin to announce her decision. Five are coming back, including All-Americans Sydney Hilley and Lauren Barnes. Outside hitter Molly Haggerty is pursuing a pro career.

The NU volleyball team had to clarify Lauren Stivrins' status for next season. Here's why

It all started in... Chadron. The Huskers' associated head coach made a comment that turned social media into a full-on rumor mill.

Drewnick opted out of the 2020-21 season while the season went on during the COVID-19 pandemic.

Nebraska has put together an appealing slate of nonconference matches to go with a 20-match Big Ten schedule. Dive in with us.

The start of the Nebraska volleyball season is still about 2½ months away, but volleyball fans can watch some higher-level matches this weeken…

A four-set win against Turkey on Monday marked a 12-0 start for the Americans, which includes three former Huskers.

Lexi Sun added to the Nebraska volleyball program’s impressive academic tradition on Monday, as she was named a second-team All-American. 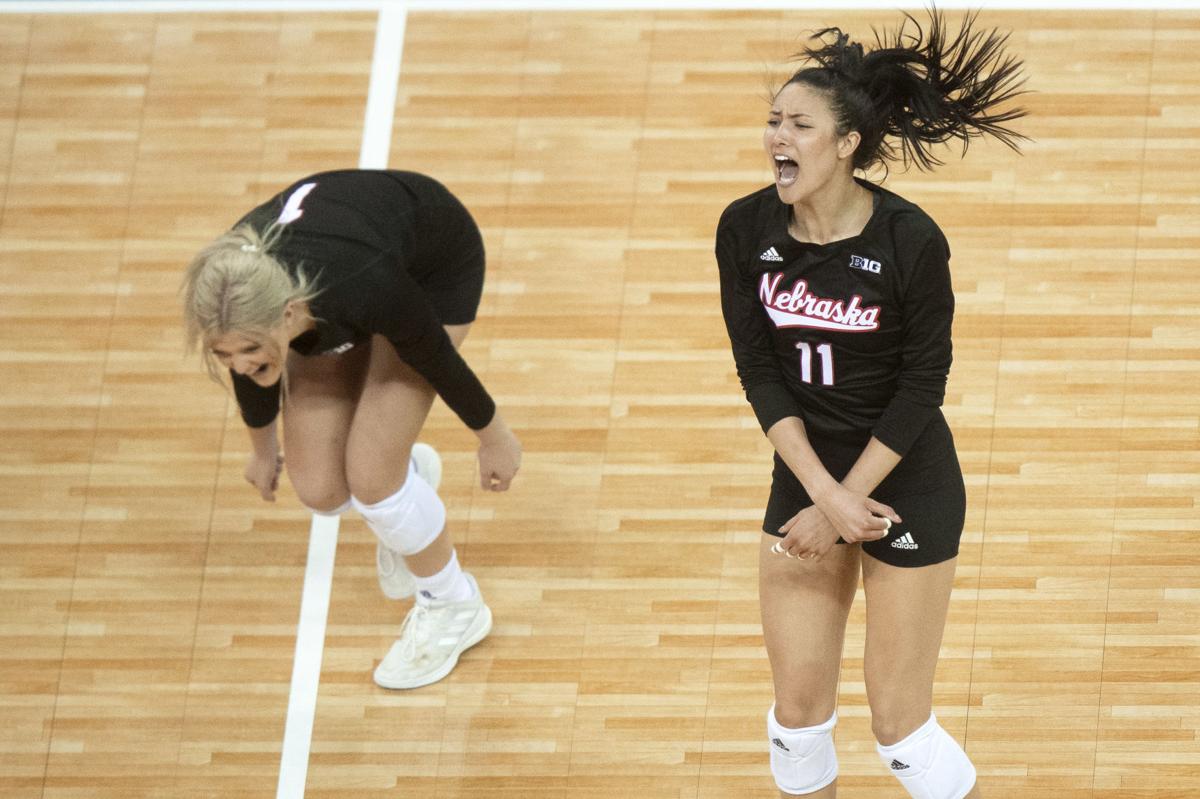 Nebraska's Nicklin Hames (left) and Lexi Sun celebrate a point in the third set of an NCAA regional final match against Texas in April at CHI Health Center Omaha. 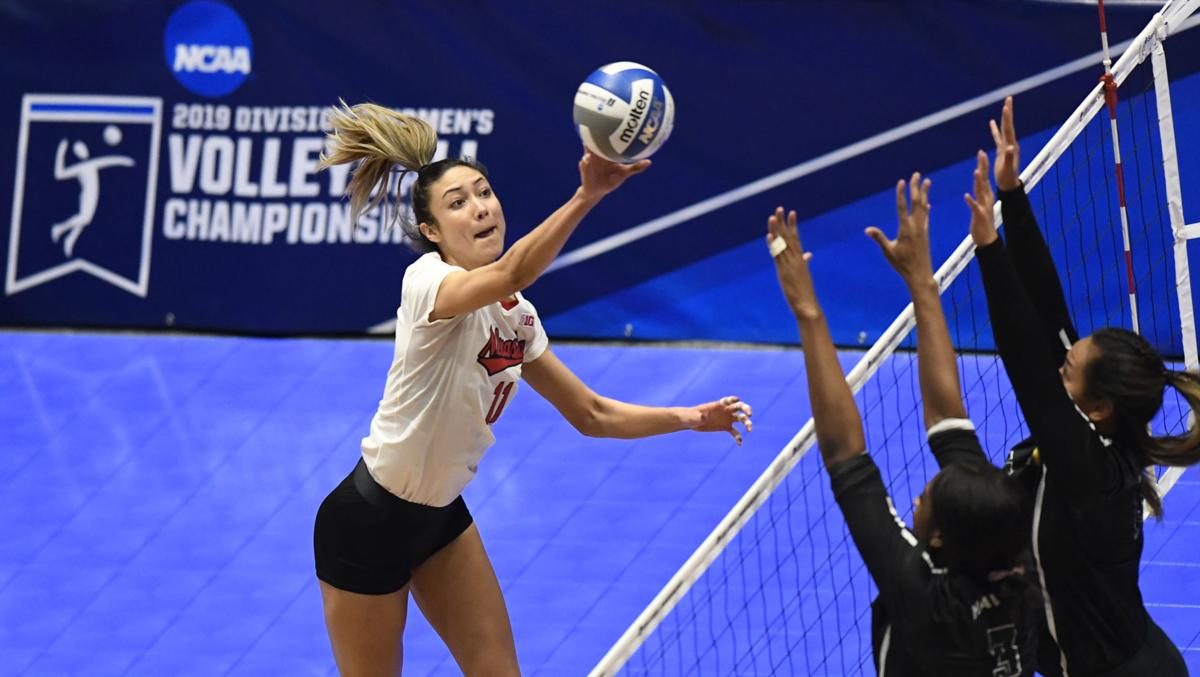