Johnson is a high school senior and will be part of the Huskers’ 2020 recruiting class after recently committing to join the team as a walk-on. She’s 6-foot-4 and will play middle blocker or right-side hitter.

Johnson is from the small town of Aviston, Illinois, and attends high school at Breese Central Community High School.

She has followed the Nebraska program for a long time. It was always a dream school, but one she knew may not be realistic.

“I’ve grown up looking at Nebraska as this huge, unattainable, unreachable goal, almost like the Olympics,” Johnson said. “It was like, ‘I can fantasize about Nebraska, but I’ll never get there.’”

But an email from her club team, H2 Sports Worldwide, to the Nebraska coaches got her an unofficial tryout.

“My coach sent a recruiting video to (assistant coach) Kayla Banwarth and Kayla emailed us back and said, ‘I like what I see, let’s see it in person,’ and that’s how I got invited to the first camp, and from there I kept getting invited back,” Johnson said. “I guess it just took off from that one video.”

Johnson attended a Nebraska camp in June, and then got invited back in July when Nebraska had its Dream Team Camp, which included several players committed to Nebraska and top prospects.

It was after the second camp when Johnson got offered a chance to join the team during an in-home visit with assistant coach Jaylen Reyes.

It was soon after when she accepted the offer, and had achieved that once out-of-reach goal.

“I don’t want to sound cliché, but I cried a little bit,” Johnson said. “I was really excited. It’s a big opportunity for me. Being from a small town it’s really neat to see how far hard work can take you.”

While Johnson didn't become a top college prospect as quickly as other players in her recruiting class, Nebraska saw a player with great size and strength that the Huskers will try to develop into a player who can contribute at the NCAA Division I level. She’s played club volleyball for about five years.

This was Johnson’s first year coming to the Nebraska volleyball camp. After the first camp she earned an outstanding player award, and at the Dream Team Camp she got a top attacker award.

Nebraska’s other two committed players in the 2020 class are middle blocker Kalynn Meyer from Superior and setter Annika Evans from Waverly.

After one season as professional volleyball player, Kelly Hunter rejoins Huskers to get closer look at coaching 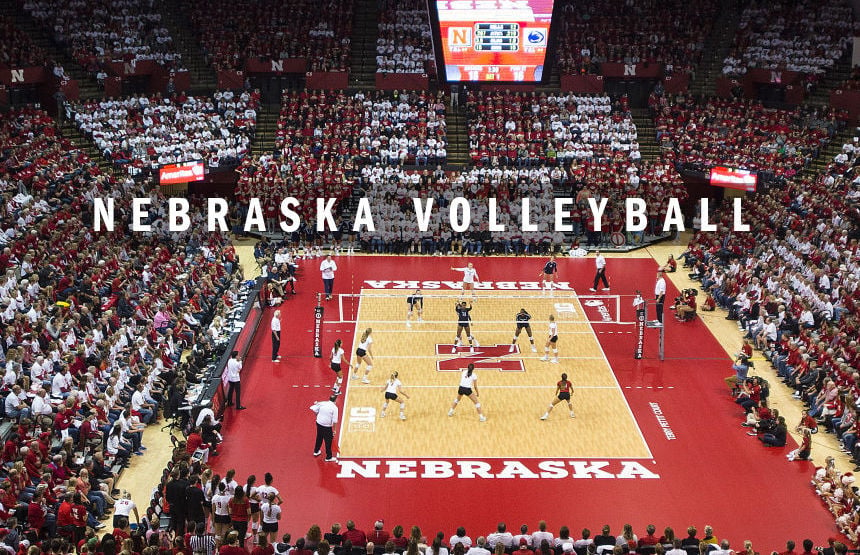