The Nebraska volleyball team plays one spring match each year somewhere outside of Lincoln to share the volleyball program with the rest of the state.

This year, they’re going to Grand Island to play a match on April 25, the program announced Monday morning. The Huskers will play the match against Northern Colorado at 6 p.m. at the Heartland Events Center.

In recent years the volleyball team has played spring matches in McCook, Kearney, Ogallala, Wayne and Norfolk, but Grand Island has been a regular stop because of its larger venue. Nebraska volleyball's official Twitter account released hints to the location with a series of treasure-themed tweets during the past week.

Nebraska is coming off a 28-5 season and an NCAA regional final appearance in 2019. The Huskers had no seniors on their roster last season for the first time in school history, and 12 players return from that squad this spring including All-Americans Lauren Stivrins and Lexi Sun.

Northern Colorado went 26-8 last year and 17-1 in the Big Sky Conference. The Bears won the Big Sky Tournament and advanced to the NCAA Tournament, where they lost in the first round against Hawaii.

The Sullivan award, which has been presented annually since 1930, honors the "most outstanding amateur athlete in the United States," according to a news release.

Strivins, a two-time AVCA All-American led Nebraska to an NCAA Championship in 2017, a second-place finish in 2018 and a regional final appearance last season. She's been selected to the All-Big Ten first team twice, as well, and ranks second in program history in the rally-scoring era with a .369 hitting percentage.

Fan voting for the award is available to the public at https://aausports.wyng.com/AAUSullivanAwardSemifinalist. Finalists will be announced later this month. The award ceremony is April 21 in New York.

'It's so nice to have you guys here': Nebraska volleyball team is talk of the town while in McCook for spring match

McCOOK — When the Nebraska volleyball team got here Friday evening, it was a supposed to be a low-key arrival. The team’s practice wasn’t open…

Steven M. Sipple: Cook's actions and words suggest he has plenty more in store at Nebraska

Even with four national championships under his belt, Nebraska volleyball coach John Cook, at age 63, still takes time to promote the program.

Riley Zuhn and Emma Gabel sparked the five-match sweep with a come-from-behind triumph to open the match.

The Nebraska volleyball spring match scheduled for April 25 against Northern Colorado in Grand Island has been canceled. 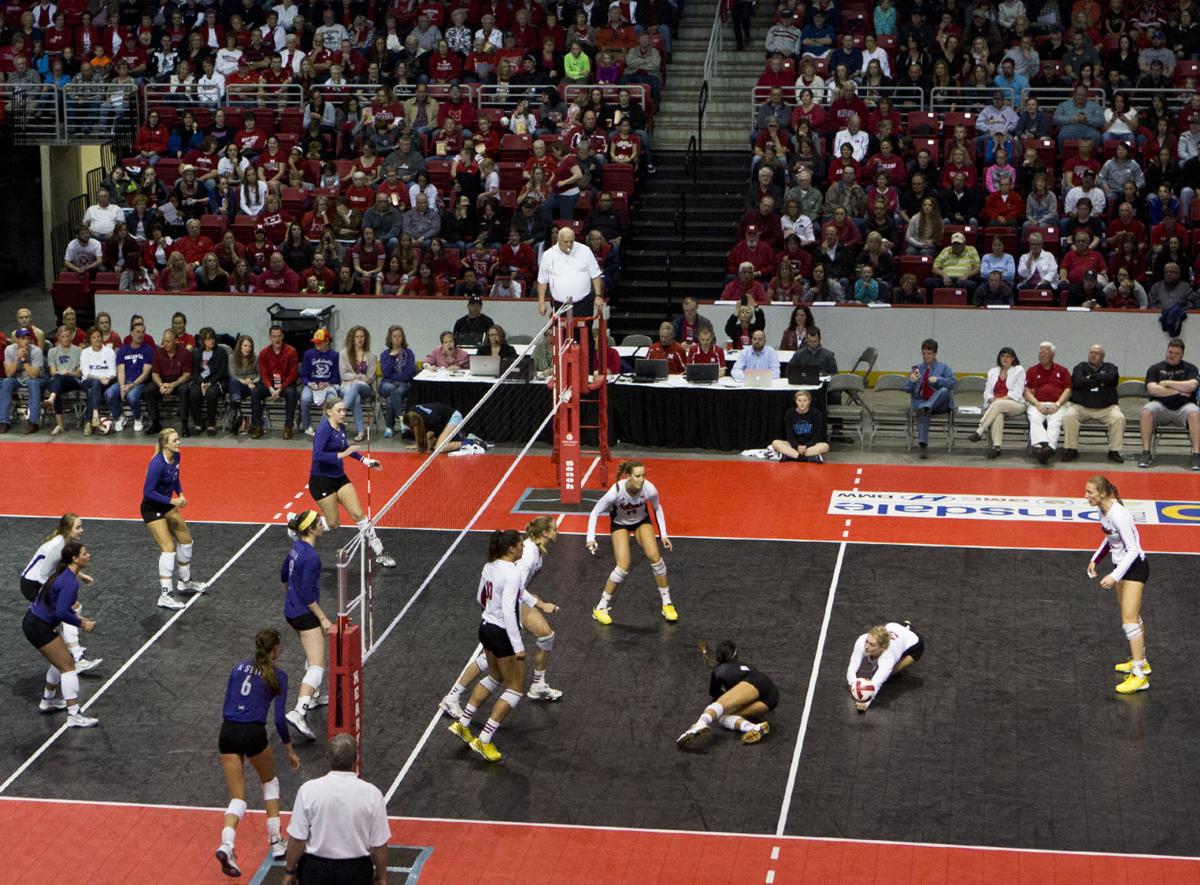 Nebraska's Kelly Hunter (3) dives for the ball during a spring exhibition match against Kansas State on April 25, 2015, at the Heartland Events Center in Grand Island. 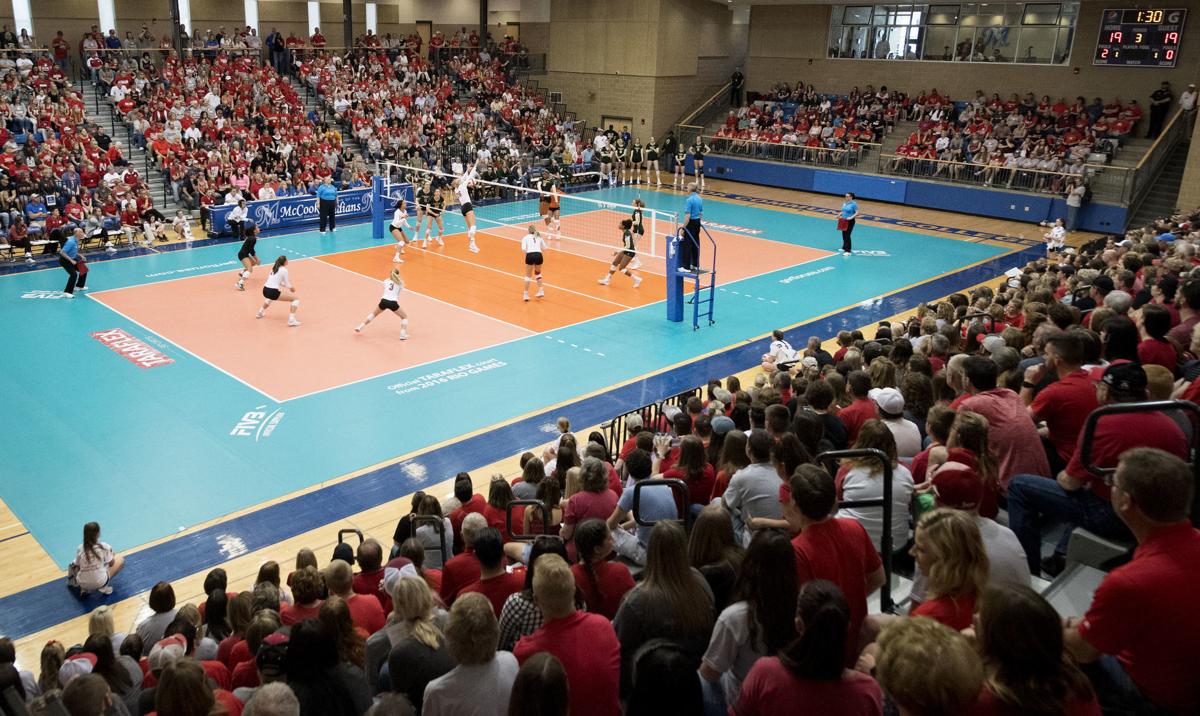