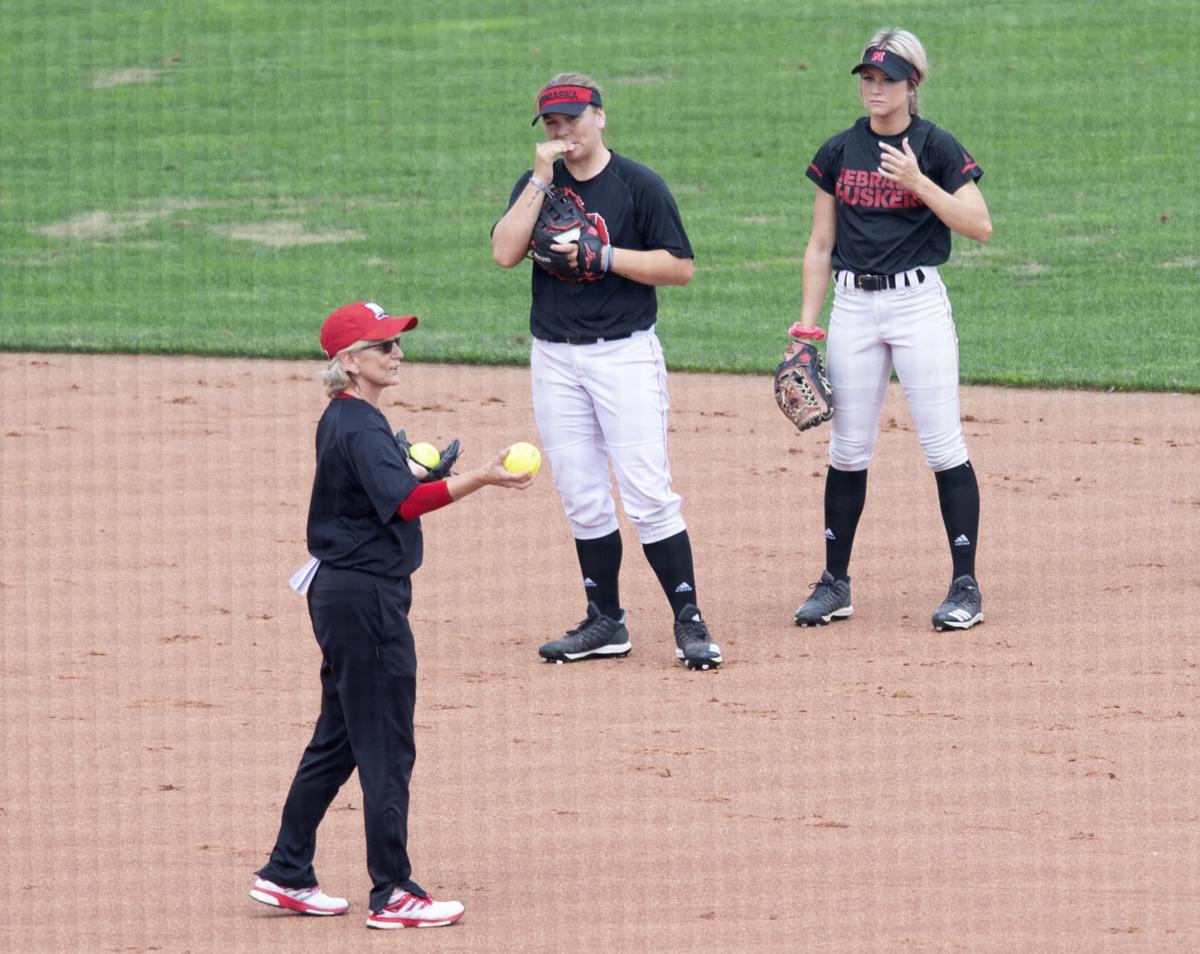 Nebraska head coach Rhonda Revelle talks to her players during practice on Sunday at Bowlin Stadium. 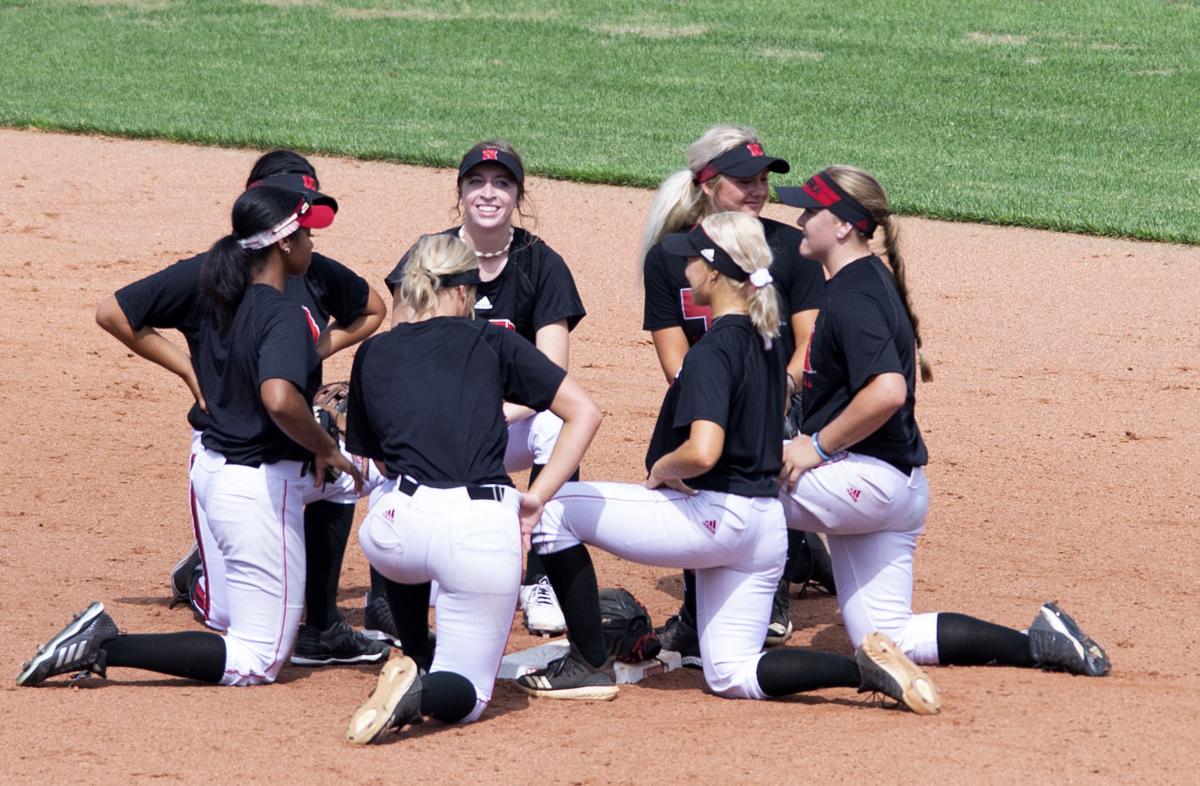 Nebraska softball players kneel around second base during practice on Sunday, at Bowlin Stadium. 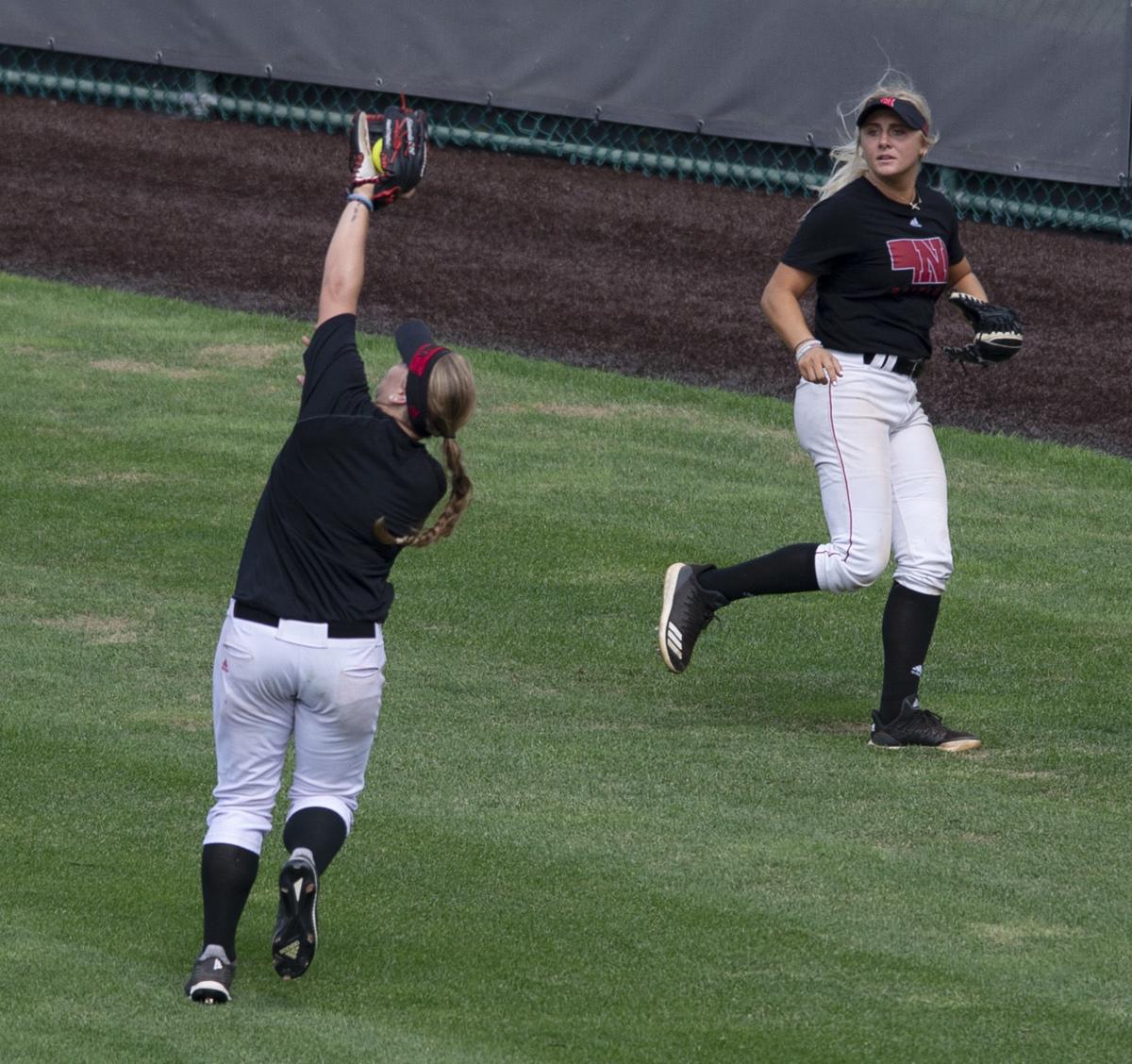 Nebraska players take fly balls in the outfield during practice on Sunday at Bowlin Stadium. 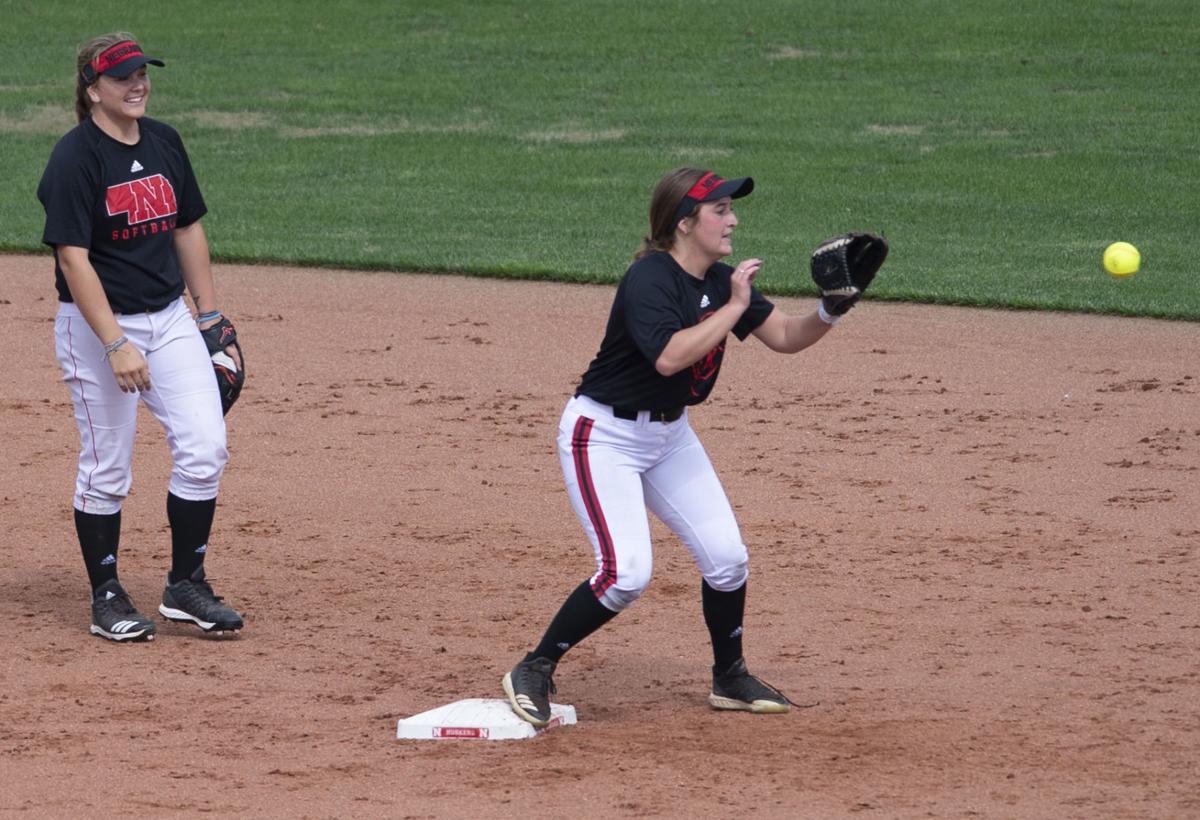 Nebraska players practice in the infield Sunday at Bowlin Stadium. 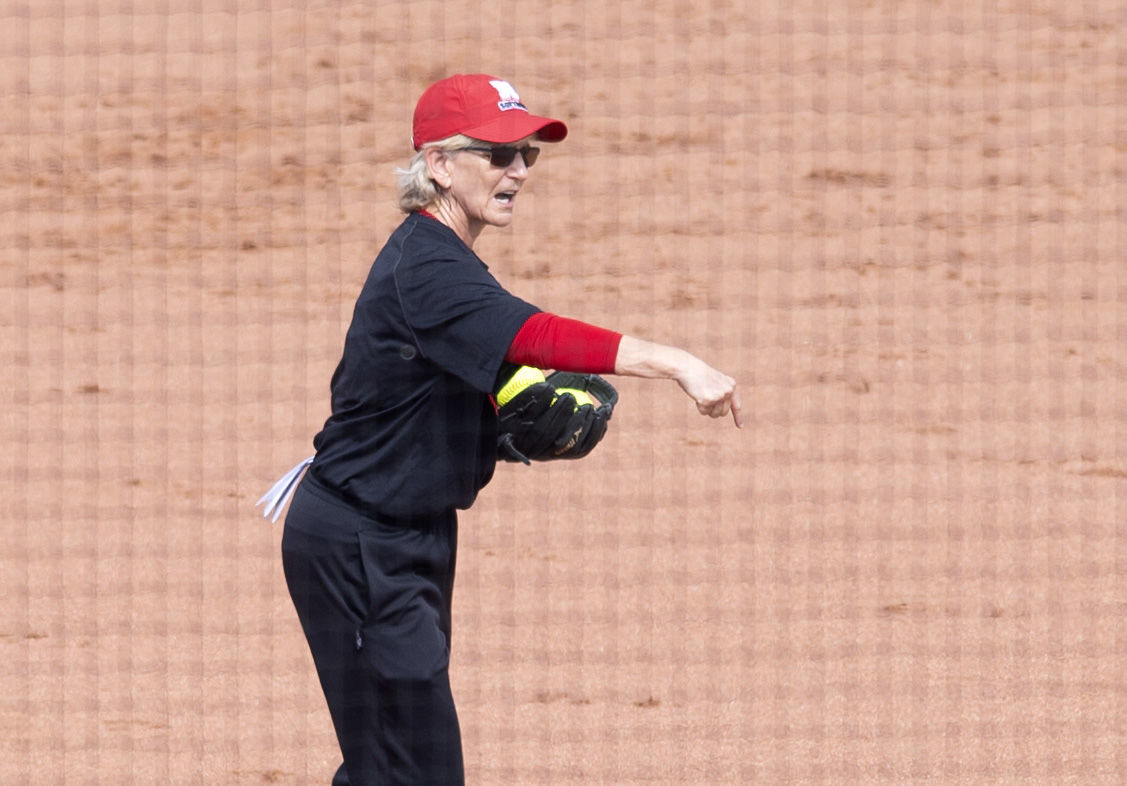 All 19 Nebraska softball players were at Bowlin Stadium on Sunday morning for the first day of fall practice following a recent report of an alleged discussion of a boycott.

The practice, which appeared to be spirited with players encouraging each other and cheering, started at 10 a.m. and finished shortly after noon.

There was a post-practice team-only meeting, a Nebraska Communications representative told reporters, and the players agreed to do no interviews Sunday.

The team, however, did release a joint statement.

"We started with a great conditioning test that everyone passed," the statement read. "We had a fun, energetic, high-paced team practice. We're closer that we've ever been on and off the field."

Nebraska's first practice comes two days after the release of a statement from the College Athlete Advocacy Initiative that alleged players were discussing a boycott of practice following the reinstatement of longtime coach Rhonda Revelle.

Revelle, who is entering her 28th season, was not made available for comment following practice.

Revelle was retained after a two-month investigation into player concerns about mistreatment. The university concluded its review and cleared the coach to return on Aug. 25, one day before the start of fall classes.

Friday's report from the advocacy group was the first time specific concerns, which came from an unknown number of anonymous players (current and former), were made public. The university's handling of the matter led to players contacting the College Athlete Advocacy Initiative, the support group stated.

Not every player from the 2019 roster made accusations against Revelle, sources have told the Journal Star.

The Journal Star reached out to the College Athlete Advocacy Initiative for clarification on the number of players to come forward to its group with concerns, but has not received a response.

Nebraska's first fall game is Sept. 22 against Omaha. The Huskers are currently scheduled to play four exhibition games this fall. The Big Red Fall Classic is Oct. 12-13 at Bowlin Stadium.

Rhonda Revelle's future with the Nebraska softball program remains uncertain, the Athletic Department is mum on the investigation's status and…

Less than a week after Rhonda Revelle was reinstated, an unknown number of players from the 2019 team voiced their concerns to the College Ath…

Rhonda Revelle talks of keys to living an inspired life

Welcoming a fresh start, Revelle and NU softball team have sights set on moving forward together

Following a turbulent summer, Rhonda Revelle began her 28th season at the helm of the Huskers with an outdoor practice.

Nebraska head coach Rhonda Revelle talks to her players during practice on Sunday at Bowlin Stadium.

Nebraska softball players kneel around second base during practice on Sunday, at Bowlin Stadium.

Nebraska players take fly balls in the outfield during practice on Sunday at Bowlin Stadium.

Nebraska players practice in the infield Sunday at Bowlin Stadium.