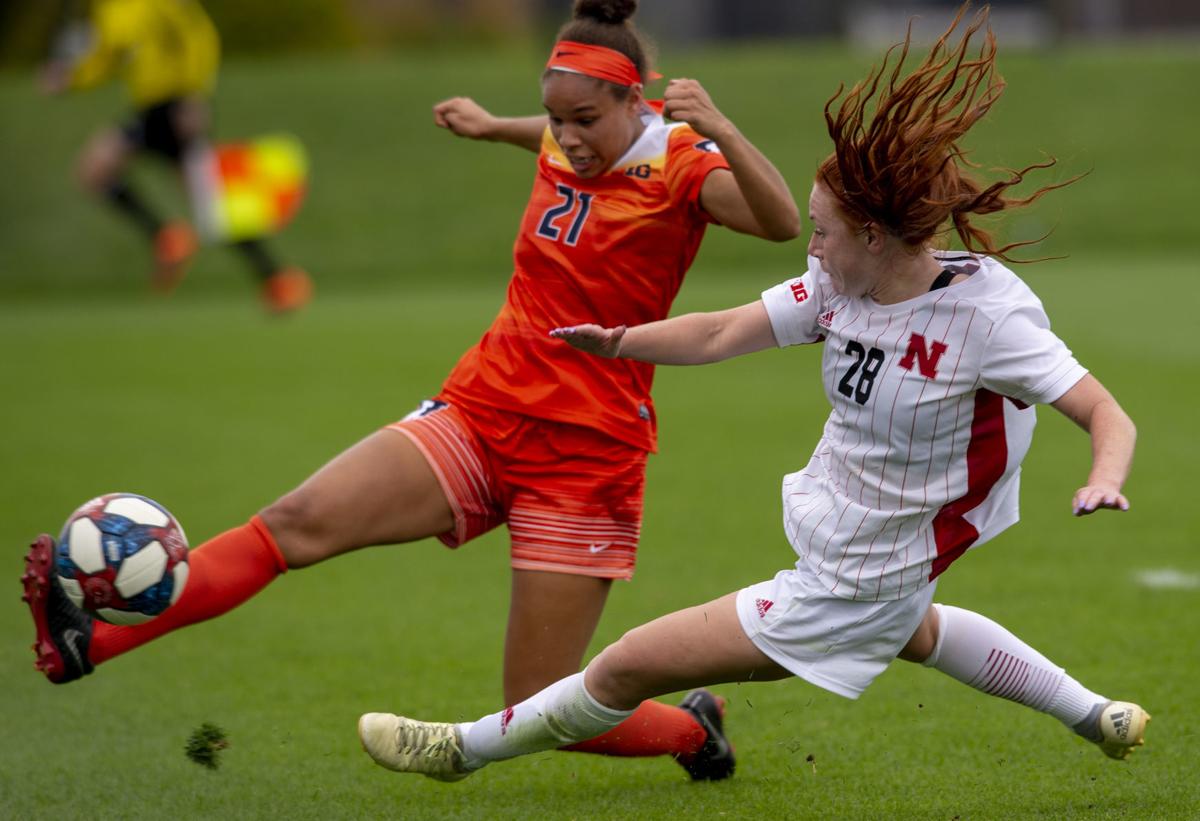 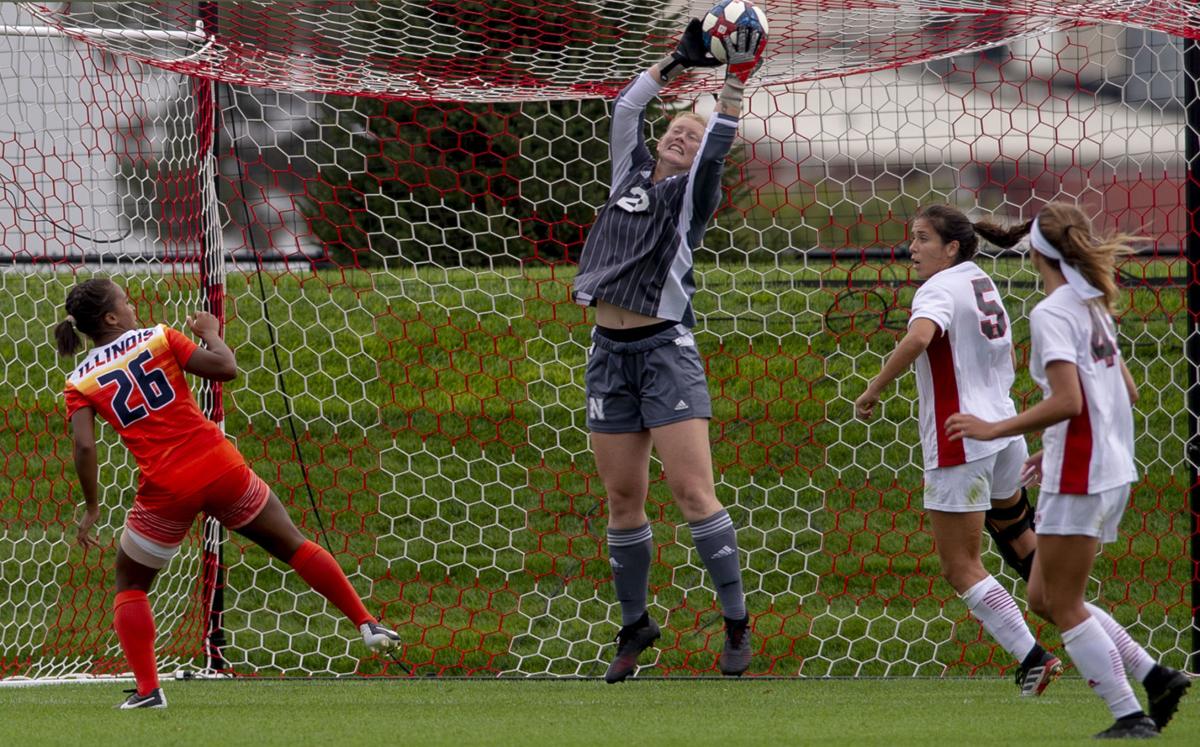 Nebraska’s Aubrei Corder (center) saves a shot in a match against Illinois Sunday at Hibner Stadium.

Brenna Ochoa was able to breeze past Illinois defenders like the gusts at Hibner Stadium Sunday.

It was Ochoa's fourth-career goal and first of the season.

Ochoa, a Millard West grad, worked herself free at the top of the box and put her left leg into it after a pass from Kayla Mostowich, who was able to beat an Illinois defender to set up the goal.

“In the first half, I had a few shots that I should have put away,” Ochoa said. “In the second half, when I finally had my opportunity more outside of the box instead of being pressured inside the box, I just took my shot.”

Illinois (7-3-0, 1-2-0) came in as the fourth Nebraska opponent ranked in the nation's top 10 in RPI. The Illini are ranked tenth, while the Huskers have faced No. 2 Clemson, No. 6 USC and No. 8 Kansas earlier this season.

“Every Big Ten game that we can win is such a huge accomplishment,” Ochoa said. “It's a great feeling, and we are ready to go for next week.”

With the 1-0 lead intact, it came down to not making the mental mistakes late that Nebraska has suffered from all season.

With 21:30 left in the match, Nebraska goaltender Aubrei Corder walked up past midfield on a Husker throw-in in Illinois territory and gave defender Sinclaire Miramontez directions.

“I was just trying to remind her we need to stay calm in the back (field),” Corder said. “Not get too excited and stick to our tactics. I was just trying to give her some things I see from my perspective and she took that and said 'Okay, let's go get ’em.'"

Illinois held a 10-8 shot advantage over the Huskers, but the Nebraska defenders allowed just three shots on Corder in net in the physical contest. Nebraska was charged with two yellow cards and Illinois one, all coming in the second half. Both teams finished with 13 fouls.

In the final 10 minutes, Nebraska was able to keep Illinois off balance and prevented the Illini from getting a shot on net.

Nebraska returns to the field Thursday to face Iowa in Iowa City at 7 p.m.

It's a goalkeeper's favorite image: The visual of a "0" next to the opponent's name on the scoreboard.

The Nebraska soccer team hits the road to face Iowa at 7 p.m. Thursday in Iowa City, Iowa, as part of a two-match road trip.

Iowa's Gianna Gourley scored a goal with just over 10 minutes left in regulation to lift the Hawkeyes past Nebraska 1-0 Thursday in Iowa City, Iowa.

The Nebraska soccer team fell to Michigan 4-1 in Ann Arbor on Sunday, despite outshooting the Wolverines.

Going against the grain brought Ochoa to NU

Nebraska wasn’t the popular choice, but it was the right one for Brenna Ochoa. The current Nebraska midfielder had a dilemma when it came down to her college decision, but luckily for her, she made the right one.

Meg Brandt scored a pair of first-half goals to lead the Nebraska soccer team to a 2-0 win over Maryland on a cold Friday night at Hibner Stadium.

A first-half goal was all the Husker soccer team needed to draw with No. 21 Rutgers at Hibner Stadium on Sunday.

Nebraska’s Aubrei Corder (center) saves a shot in a match against Illinois Sunday at Hibner Stadium.