US deaths from COVID hit 1 million, less than 2 1/2 years in 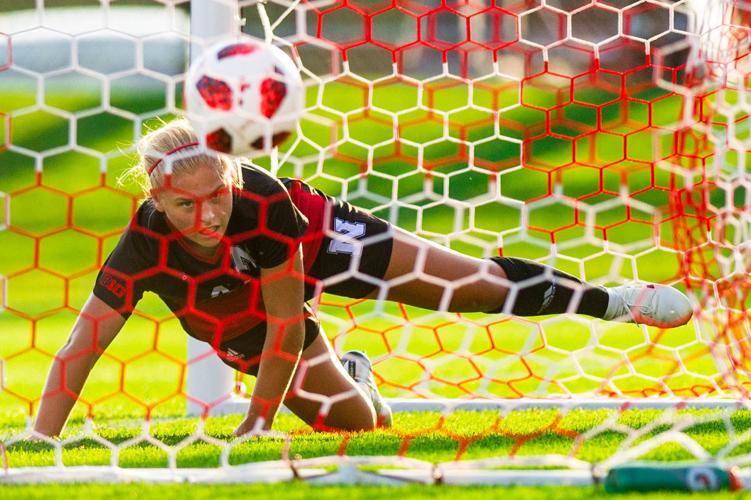 Nebraska defender Grace Brown watches as Arkansas scores early in the first half of a 2018 game, at Hibner Stadium. 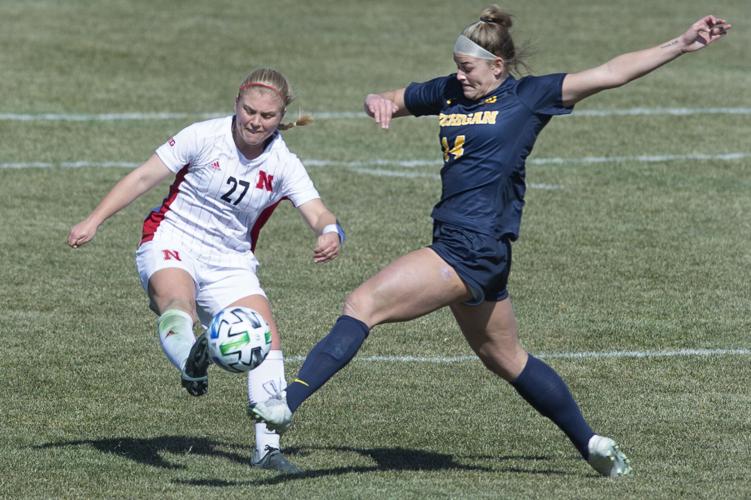 Nebraska's Grace Brown (left) kicks the ball away from the Husker goal against Michigan's Danielle Wolfe on May 7 at Barbara Hibner Stadium.

Grace Brown knew she had a decision to make last April.

The Nebraska defender had just finished up her senior season and was graduating in just a few weeks.

But, in the back of her mind, she knew that she was not quite ready to leave Lincoln and wanted to do something more. She's back with the Huskers with her extra year of eligibility that was granted to athletes by the NCAA.

“As soon as the season was over, obviously it wasn’t the best season that we have had here, and I think right away that I didn’t want to end my soccer career that way,” Brown said. “It was just a no-brainer.

“I’m really happy that I have this opportunity and this chance because we have such a good group of girls. I would say this is probably the most fun preseason that I’ve had. I’m super happy to be back.”

Brown is the most experienced player on a Nebraska squad that has 10 other seniors. She has appeared in every game in the past three seasons. She has taken up a leadership role for the group this fall.

“It’s been a super awesome and also humbling experience (leading) because the freshmen are so talented,” Brown said. “I think everyone is pushing each other to raise the bar, and it is super exciting to be one of the experienced people that gets to have a huge voice in that.”

Aside from being one of the best off the field, Brown is one of the top defenders on the team.

“She’s a really experienced, calm head on the field,” head coach John Walker said. “She understands what we are trying to do in attack and defense. It’s nice to have her leadership and experience.”

Brown leads a defense that includes Olivia Brown and Ashley Zugay. They were a group that led the team in the spring and will be solid this fall.

“We are all super comfortable together,” Grace Brown said. “I feel super fortunate to look to my left and my right and see people that I have gotten to play with over the past couple of years. It’s a good dynamic.”

Grace Brown came back because of her unfinished business. It bothered her too much to leave without seeing the finished product. A conference championship is what she wants to accomplish in her one year left.

“That is definitely the goal this season,” she said. “I think (it is going to take) consistency. Last year we had amazing games at home but away we weren’t getting the results that we wanted.

“We have to set our eyes on one game at a time, and I think if we do that and play how we can every single game, I think we are going to end up where we want to be.”

Weber scored a pair of goals and assisted on another in her debut for the Huskers in a 5-0 exhibition win over South Dakota on Wednesday.

Andre also learned where things needed to change if he wanted to take the next step in his career.

The Huskers announce their return to Hibner Stadium with the regular season set to kick off against Western Illinois on Aug. 19.

The Nebraska women's soccer team formalized the addition of a transfer goalkeeper from Arizona on Tuesday.

She scored 48 goals and had 29 assists to help the Dragons to a 21-1 record and the Class A state championship this past season.

Reagan Raabe has been on this stage before, but the sophomore had never had a better performance than she did on Thursday night.

The Nebraska soccer team scored four times in the second half on its way to a 5-0 shutout victory of Missouri on Sunday in Columbia, Missouri.

The sophomore from Argyle, Texas has recorded seven saves to start the season.

After spotless opening week, Nebraska soccer gears up for pair of Big 12 opponents

The Nebraska soccer team has its first big test of the young season this week, as the 2-0 Huskers travel to take on Baylor and Oklahoma.

Nebraska defender Grace Brown watches as Arkansas scores early in the first half of a 2018 game, at Hibner Stadium.

Nebraska's Grace Brown (left) kicks the ball away from the Husker goal against Michigan's Danielle Wolfe on May 7 at Barbara Hibner Stadium.