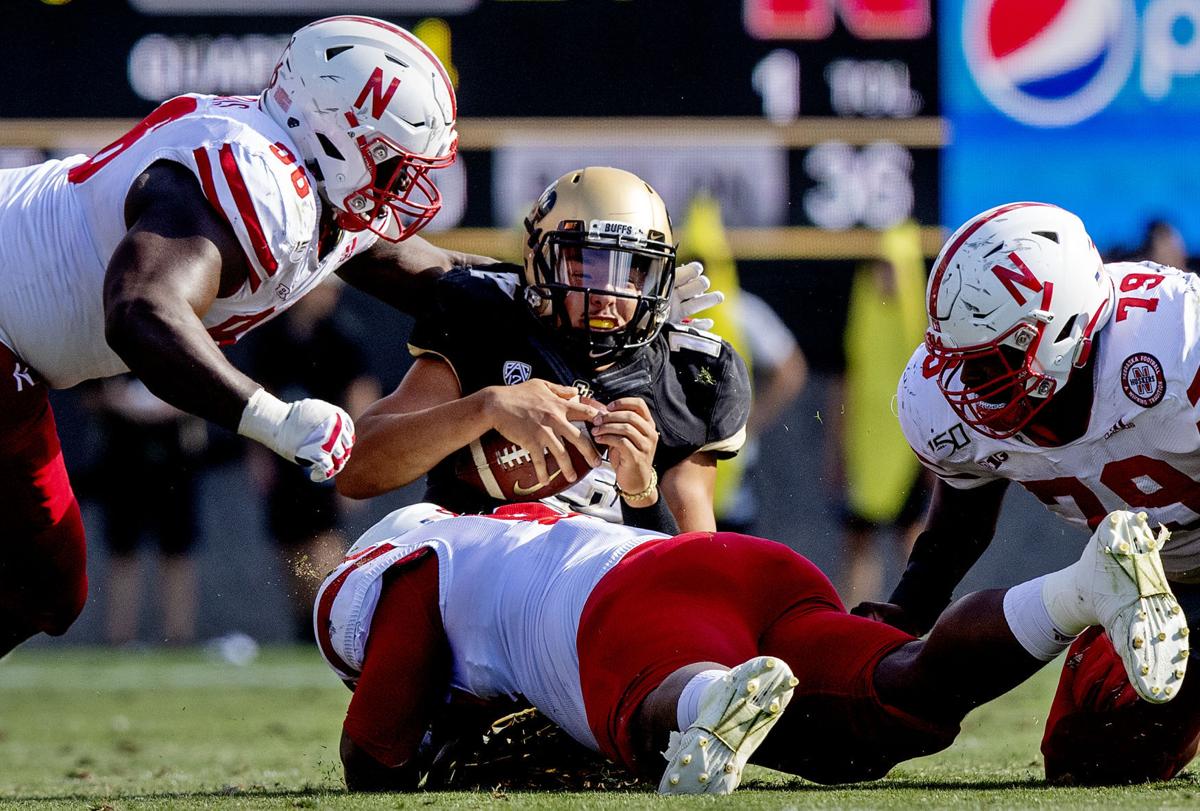 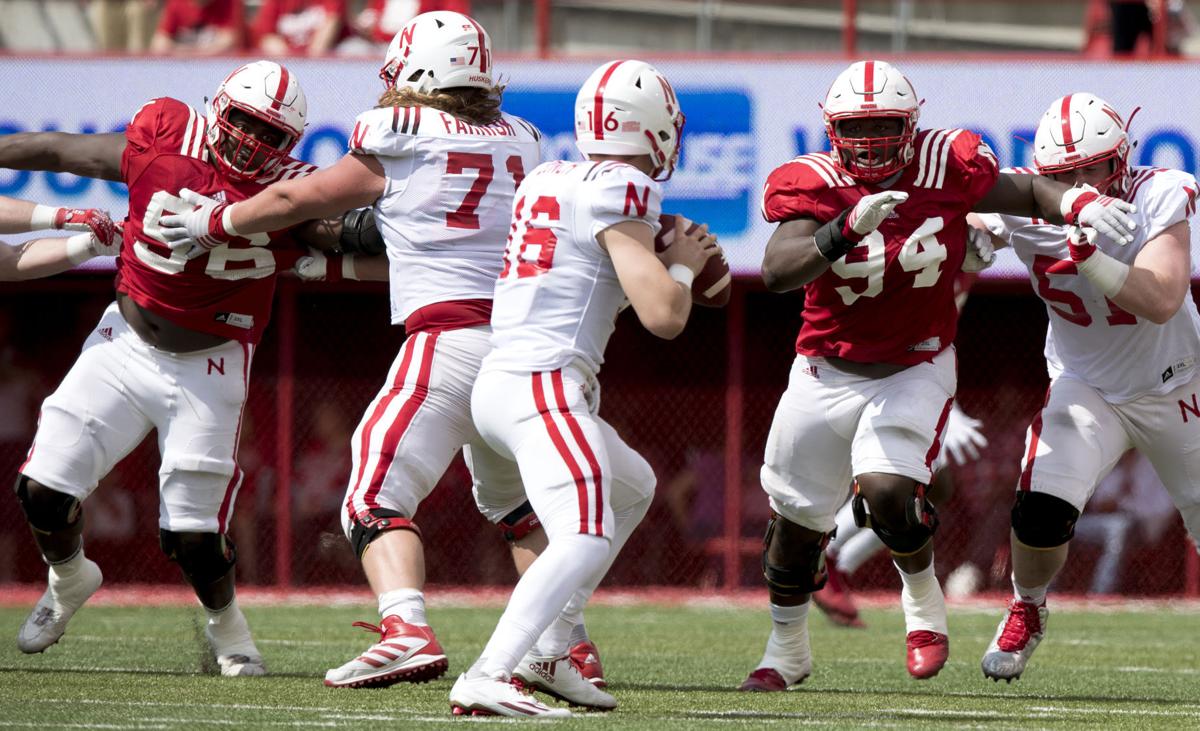 Please allow me to try to get into the heads of Nebraska football fans as they ponder the news that both Khalil Davis and Carlos Davis made the 53-man rosters of their respective NFL teams.

My guess is there are mixed emotions.

One one hand, Nebraska fans probably are thrilled for the twins. Husker fans should be thrilled. Khalil Davis and Carlos Davis are unfailingly pleasant. That was my experience with them during their five years in the NU program. And let's be real, they had reason to gripe. They played for four different position coaches and three defensive coordinators in college. Who signs up for that?

Steven M. Sipple: On a quiet weekend comes a nagging question: Did Big Ten do all it could?

Then there's this part: Both players contributed regularly for four years in the program and avoided serious injury. Their durability surely made an impression on NFL scouts. People who always show up for work are awfully valuable. They showed up, played hard and represented the program well. Which is why Husker fans will cheer for Khalil Davis in Tampa Bay and Carlos Davis in Pittsburgh.

Ah, but those fans are left with a nagging question: If Nebraska had three NFL-level defensive linemen in 2019 — Darrion Daniels made the San Francisco 49ers' practice squad — why did the Huskers finish 13th in the Big Ten in run defense in 2019, allowing 4.8 yards per carry? In Big Ten play, Erik Chinander's crew allowed a whopping 5.7 yards per carry, which ranked last in the league by a long distance. Rutgers was 13th at 4.9.

I know I harp on those stats. I do it without apology because it's clear that Nebraska won't take the proverbial next step as a program until it shores up this issue. Those stats are frankly embarrassing. Plus, in the context of the Huskers' obvious NFL talent along the front line of their 3-4 defense last season, the numbers make you wonder what the heck happened.

In order for a team to play excellent run defense — or excellent defense, period — it needs 11 defenders operating in sync. Nebraska obviously struggled in that regard last season. But Chinander, the third-year Husker defensive coordinator, said during the spring his defense is "very close" to being where he wants it.

"What I mean is there's a guy who busts (an assignment), and bad sh-- happens," he said. "There's a guy who's out of his gap, or a guy who didn't get the call, or we had bad leverage on a tackle. But we're really close. We're pulling out those (video) cut-ups and showing players what happened on those bad plays. They're sitting back there saying, 'Well, that could've been easily corrected.' They're right. It could've been easily corrected. That's on me, No. 1."

If nothing else, the Davis twins help illustrate football's complex nature. They're talented, explosive and smart players. But they needed more help from teammates, obviously. Those opponent rushing numbers are ghastly. It reminds you of why coaches characterize football as being "the ultimate team game."

Now, as the Davis twins push forward in their pro careers, they have a former teammate to help show them a formula for success. Las Vegas Raiders head coach Jon Gruden recently told reporters that former Husker defensive lineman Maliek Collins is the key to the team's defense. The Raiders signed Collins away from Dallas in March, giving him a one-year, $6 million contract.

The Cowboys drafted Collins in the third round (67th overall) in 2016.

"Who took Khalil and Carlos under his wing (in 2015)? It was Maliek," said former Nebraska defensive line coach Rick Kaczenski, who recruited all three defenders to Lincoln. "Not only that, Maliek has talked to those guys while he's been in the league. Now, the twins have a peer who's playing on the next level. It's all about formulas. Maliek Collins is successful. He can show guys the way. He kept his mouth shut, went to work, tough dude on the field. Went to class. No problems off the field.

"He's making money, and he ain't letting anybody take it from him. His message is so powerful. He's got credibility. A coach can tell a kid all day long, 'I can get you to the NFL.' But until they actually see the formula from a peer like Maliek ... that means a lot more."

Kaczenski's last season at Nebraska was 2014. But he's followed the Davis twins' career and isn't surprised by their success. It's interesting to listen to a coach's perspective on these matters. He talks about the Davises' big, powerful hands and long arms. He talks about their flexibility in their knees, hips and ankles. They distribute their power exceptionally well, Kaczenski says.

"Football's a ground-based movement game," he said. "It's all about how hard you can push off the ground and how quickly you can change directions."

Both Davis twins are capable of playing in rushing and passing situations. In other words, you don't have to take them off the field. NFL people like that quality because it helps reduce the amount of defensive linemen needed on the roster — which helps save money against the salary cap.

Did I mention that the twins were perfect gentlemen in my dealings with them?

"They're really nice guys, but they're mean on the field," Kaczenski said.

Ditto for Collins, who in 2015 played for a Nebraska defense that ranked 15th nationally against the run but 64th overall. The Huskers finished 6-7 in Mike Riley's first season as head coach.

To be sure, football can produce complex conversations. But there are truisms such as: You better be able to stop the damned run.

Especially if you have NFL talent up front.

Without the normalcy of a football schedule, businesses are having to get creative to draw in the fans who typically would turn out with our without tickets.

Nebraska got a shot of good news on the eve of what was supposed to be the season-opening weekend with the commitment of a three-star linebacker.

The 6-foot-2, 220-pound LB from New Jersey is the latest in a line of rangy linebackers to pledge to Nebraska’s 2021 class. Here's what it means.

Keyshawn Greene is entering the NCAA transfer portal before ever playing a game for the Huskers, a source confirmed to the Journal Star.

Friday proved to be a good day for a pair of former Nebraska defenders.

Multiple former Huskers have a chance to extend their NFL hopes.

Take a look — and listen — to the sophomore's next step toward an era in which student-athletes can profit off their name, image and likeness.

The Big Ten apparently doesn't have enough support among its presidents/chancellors to set an early October start to a season.

A group of 28 state senators signed a letter to Big Ten as "the fight is still on" for a return to competition, and a vote might be coming soon.

Yes, Murtaugh guaranteed before the 1970 season started that the Huskers would win the national championship.

Keven Lightner, one of the NU football program's all-time strongest players, says his physical fitness helped save his life.

A green light to start the season Oct. 17 probably would assuage NU officials, but only to a certain extent.