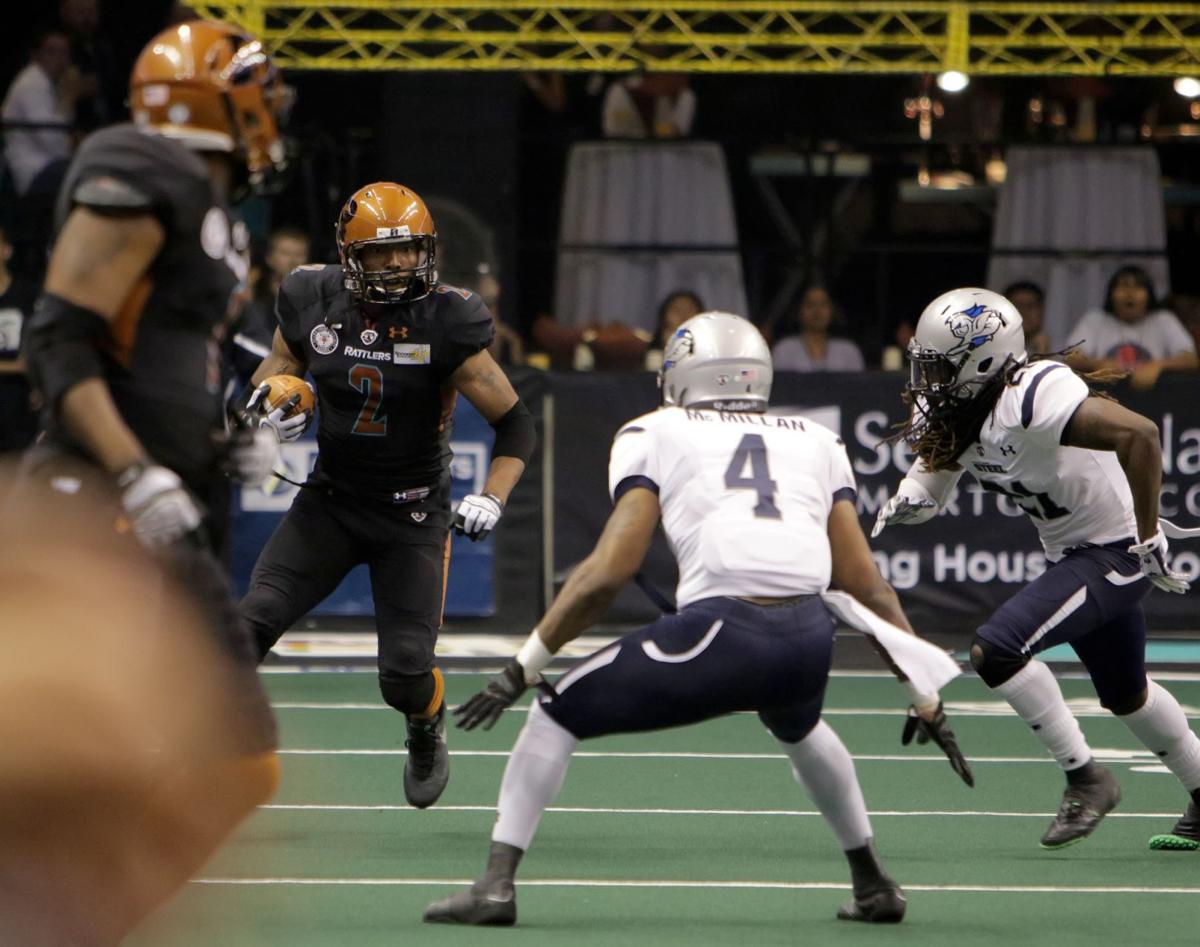 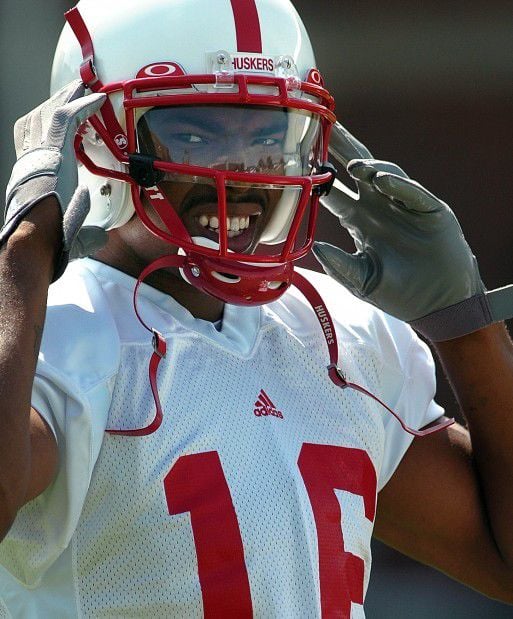 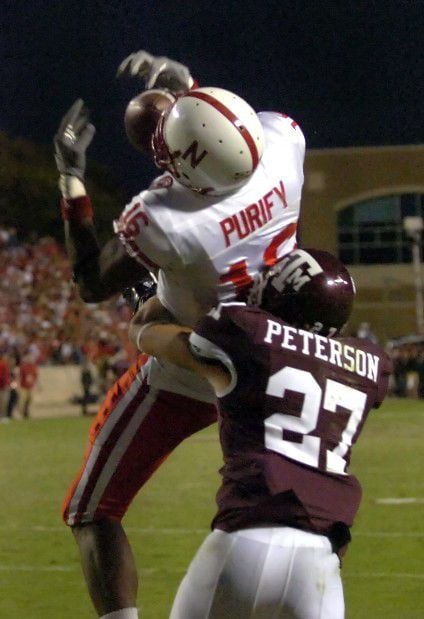 Maurice Purify knows what can always make him smile.

He forever understands there's a place where he can express himself.

He says he notices it every time he comes across a photo of him on a football field or in an arena. He's typically smiling. He notices it nowadays as a veteran receiver for the Arizona Rattlers of the Arena Football League -- he's regarded as perhaps the best receiver in the 29-year history of the league.

He notices those smiles when he sees photos of himself as a standout at Nebraska in 2006 and 2007. Back then, however, he smiled through pain. Pain so debilitating that he spiraled into a depression, although he could usually function well on the field.

He says he learned from those dark days. Learned the importance of friendship. Of perseverance. He kept working. Kept catching passes by the bushel and eventually accumulating AFL championship rings -- four of them, so far.

When I think of the greatest receivers in the history of Nebraska football -- the best pure wide receivers -- Purify always comes to mind. He's 6-foot-4, 225 pounds with big hands. He always ran well after the catch, and still does. His size and athleticism made him particularly valuable in the red zone. Still does.

He always had an endearing humility. Always stressed the importance of wins rather than personal statistics. Still does.

"I don't play for stats. I play for rings," Purify said Wednesday from Maricopa, Arizona, near Phoenix.

He still follows Nebraska football. Still attends Husker watch parties in the Phoenix area. He sees photos of current NU receivers on social media, notices their smiles and surmises that they're a close-knit bunch.

He strongly believes in the importance of team unity. He would know. His former Nebraska teammates helped him through the toughest time of his life back in 2006-07. In a span of about six months, he endured the deaths of four loved ones, including a grandmother.

"Being a young guy away from home, I really wasn't emotionally stable," said the native of Eureka, California, located 100 miles south of the Oregon border. "The friends I had on the team kept me as stable as they could. They kept me sane."

"There were times I wanted to say, 'Screw football, I don't want to do it anymore.' I had all this stuff going on," Purify said. "I didn't even feel like talking, really. I was really quiet in public. I had a hard time focusing in school. But my teammates kept me focused on the goals I wanted since I was a kid. The friends I had were really the key to my success at Nebraska."

He found refuge on the playing field. The clutter in his mind dissipated. He could express himself.

"My smile would come back," he said. "That's the place I'm most happy. Out on the field."

It's no wonder. In five-plus seasons in the AFL, he has 439 receptions for 6,192 yards (14.1 per catch) and 152 touchdowns. He helped lead the Rattlers to three AFL titles before earning a fourth ring last season in a short stint with the San Jose SaberCats. He sat out the season's first seven weeks while recovering from a knee injury suffered late in the 2014 season.

Purify's status for the game is uncertain because of an undisclosed injury. He said the Rattlers treat injury information in the secretive manner of the New England Patriots. But he is certain he'll return at some point this year, and perhaps play in 2017 as well.

"I'm still having fun," he said. "I believe my body has at least one more season in it. I'm going to go for it."

In two seasons at Nebraska, after arriving from San Francisco City College, he had 91 receptions for 1,444 yards (15.9) and 16 touchdowns. Remember his 63-yard catch-and-run touchdown against Texas in 2006? It was vintage Purify. He often made powerful runs after his catches. Still does.

He had a powerful stiff arm. Still does. In recent years, he's managed to stiff-arm the demons that in 2010 essentially ended his brief NFL career with the Cincinnati Bengals, a period that included an arrest following a scuffle at a northern Kentucky night spot.

"My only regret is at that time I was unable to overcome those demons," he said. "I was still going through a little bit of depression. When you're at that age, and you have people die, sometimes you don't know how to handle it, and you end up handling it the wrong way by drinking and all that stuff."

He learned from his mistakes. He seems to be in a better place. At peace. And the smile remains.

Shush. The kids are resting.

He hungers to become a UFC champion, and evidence suggests it would be foolish to casually dismiss the pursuit of his dream.