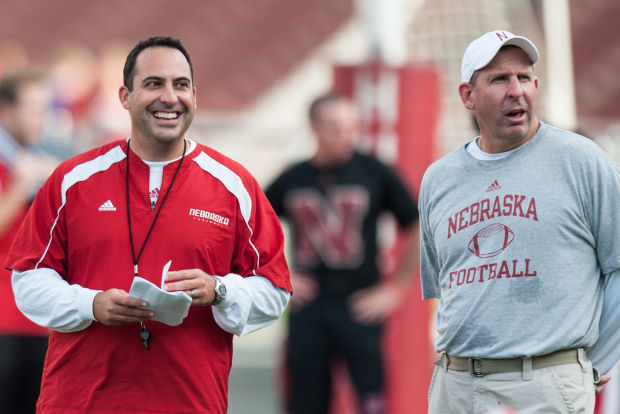 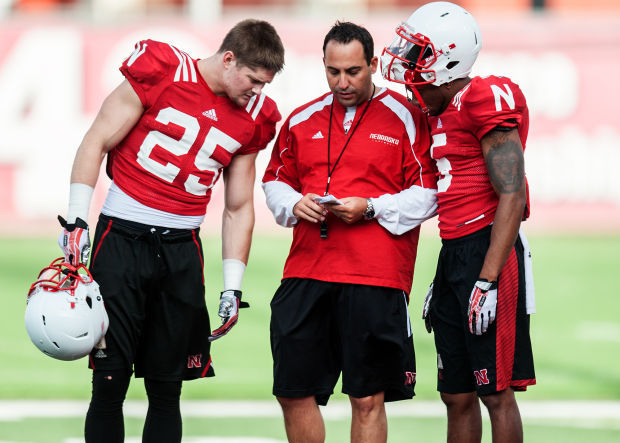 Daniel Davie has an apt response to the circular discussion regarding the relative complexity of Bo Pelini's defense.

Yes, it's complex in some ways.

But it's not too complex for a college defender to master, says Davie, the Nebraska junior cornerback.

"It's about whether you want to learn it," he says. "A lot of guys that have come through here might say it's too complex. But it's because they personally didn't put the time into it. If you put the time in, you're going to understand it."

From a layman's standpoint, the precision with which Nebraska operates on defense is eye-catching. If you're fortunate enough to watch a practice, you notice right away the staff's emphasis on details -- hand signals, code words, precision of certain steps as the ball is snapped, everything. You see it every down.

One other thing you'll notice while watching Nebraska practice this month: The defense generally operates with confidence, most likely born of a strong understanding of individual roles -- unlike the early stages of last season when a youthful unit often looked lost, alarmingly so at times, as was the case in a 41-21 loss to UCLA.

"A lot of it was youth," says Pelini, perhaps stating the obvious while simultaneously lending credence to the notion his crew could take a big jump forward this season.

Nebraska, largely because of its slow start, finished only 40th nationally in total defense last season.

Thing is, I'm not hearing bold predictions out of the Husker camp. That's refreshing. It's more about body language. You see confidence. You see cohesion. You hear on-field communication. When players are confident, they're louder.

This much is certain: Nebraska returns nine defenders who have at least three career starts and five with at least eight, led by senior safety Corey Cooper with 17 and cornerback Josh Mitchell with 15.

Cooper, of suburban Chicago, says he needed nearly three seasons before he felt fully comfortable with the defense.

"It's hard to explain to people who don't really know football. It's like another class. You have to put the time in if you want to learn it."

It's a cornerback knowing exactly how to kick his feet depending on a receiver's first move.

It's a middle linebacker knowing how to move his vision from where the action is headed to his pass-coverage responsibility.

It's an end stepping toward his target instead of up the field.

Pelini, the seventh-year Nebraska head coach, disagrees with the notion that his defense is complex -- which, by the way, is why he doesn't scale it back. He often says that learning his defense is a matter of discipline and carrying principles from one area to the next. It's also a matter of embracing the basics from the get-go.

"There isn't one magical defense you can line up and play every down."

He does acknowledge that "some guys are more prepared than others" to learn his system, in part because many college players didn't learn proper techniques in high school.

"There are a lot of things they have to unlearn," Pelini says. "They got away with a lot of things in high school that they can't get way with at this level -- not if they want to be great."

Before he grasped Nebraska's scheme, "I was just out there surviving," Cooper says. "I just knew enough to play. I knew my spot.

"To (Pelini), it's obviously not that complicated -- it's his scheme," Cooper adds. "For us, it can be hard. But I think he's done a good job of giving us a reasonable amount of information to learn instead of just overburdening us.

"He'll walk us through things. He's slowed down the install this camp. It's benefited us a lot because we have a lot of young guys."

"I pretty much spend all my free time trying to help him out," Cooper says. "I like it, man. He brings a lot of energy. That gets under the offensive guys' skin a little bit because he only knows one speed, and that's to practice hard."

Hard and smart. Communication is paramount, perhaps more important than any aspect of Pelini's system.

"When we're clicking, it's like watching a really good basketball team play defense," Husker defensive coordinator John Papuchis says. "They're constantly chattering, alerting each other to what they're seeing.

"You see the linebackers pointing out backfield sets and setting the front. You see D-linemen alerting each other to what they see ... To me, a well-oiled defense is 11 guys fitting together like a puzzle."

As opposed to defenders looking puzzled. By the looks of things, I'm guessing Papuchis won't see much confusion this season.

Whether Nebraska was minus Corey Cooper in the spring or LeRoy Alexander in the fall, Nate Gerry has grown used to playing safety with the No.…

Those who want Nebraska to become more of a ground-oriented offense may be disappointed in 2014, Steven M. Sipple writes.

Head football coach Bo Pelini give updates on the team, including the quarterback position, after practice on Saturday, Aug. 16, 2014.