Steven M. Sipple: Nebraska once broke down barriers in Bricktown; another chance arrives
View Comments
Share this
{{featured_button_text}}
1 of 2 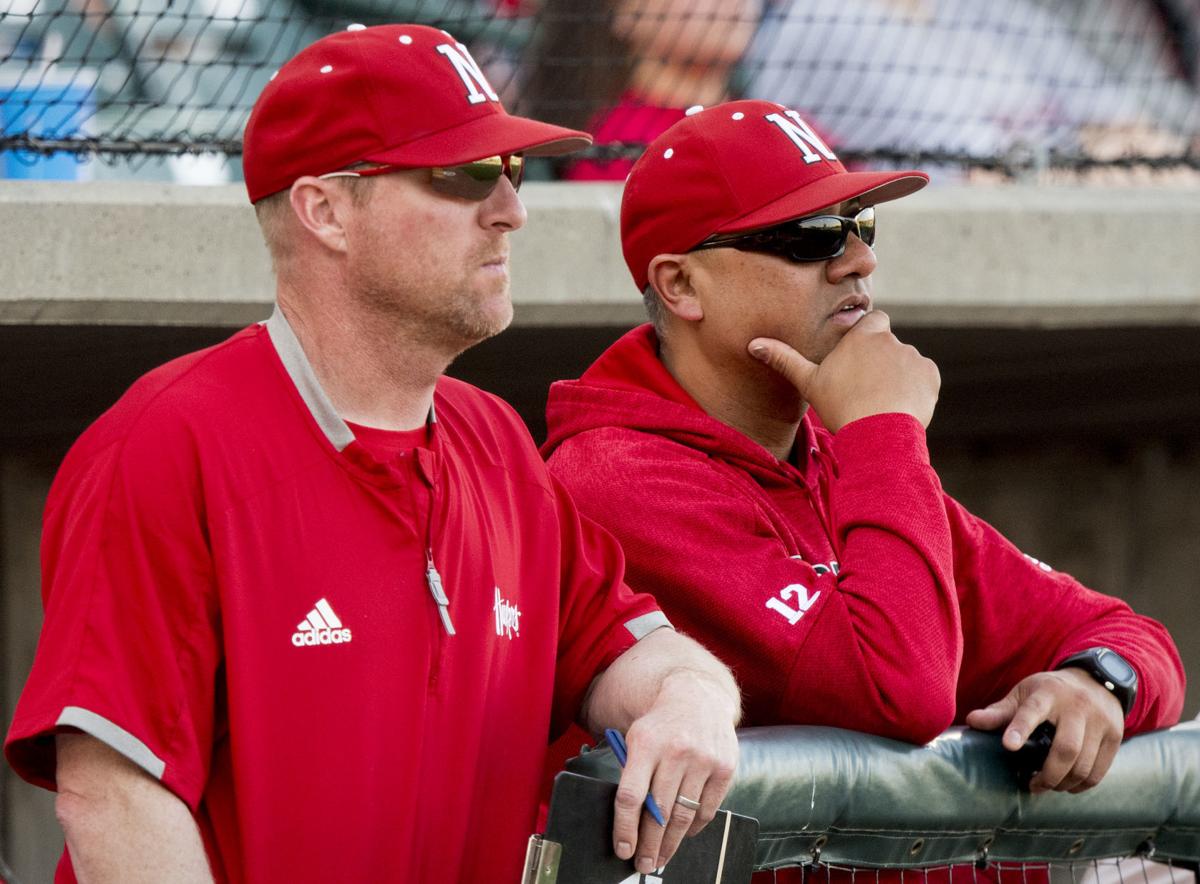 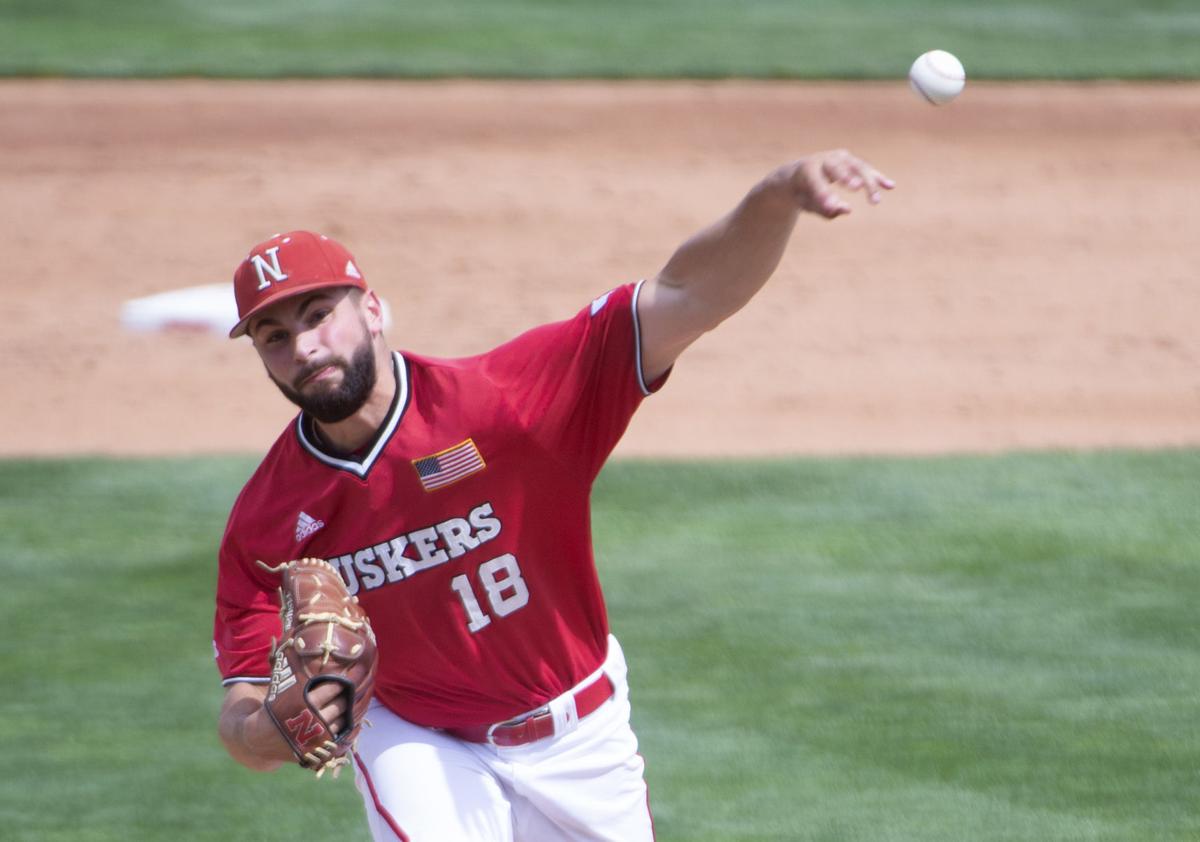 Nebraska's Nate Fisher will get the start against Connecticut on Friday.

As many Nebraska baseball fans this weekend pass through the gates of Bricktown Ballpark in Oklahoma City, they're likely to feel a burst of positive energy.

My heavens, the place has been good to the Huskers.

It's essentially where the program arrived as a force nationally under former Nebraska coach Dave Van Horn, himself a force of nature. Then-NU athletic director Bill Byrne in 1998 plucked Van Horn out of Northwestern State in Natchitoches, Louisiana, one of the best coaching hires you'll ever encounter in any sport. By late May of 1999 — yes, that quickly — Van Horn and his crew had Husker sports fans' rapt attention.

Just like that, it seemed, Van Horn guided Nebraska to the 1999 Big 12 Tournament championship. We hardly knew what hit us. The Huskers ripped through the tournament in Bricktown with a 4-0 record, toppling top-seeded Texas A&M in the semifinals and second-seeded Baylor in the final.

You almost had to see it to believe it. Nebraska hadn't claimed any sort of conference title in baseball since winning the Big Seven regular-season crown in 1950. Van Horn inherited a program that was 28-54 in conference play from 1995-97. He flipped the culture and mentality in the program in a manner many of us will never forget, and some of the best times were in Bricktown.

Nebraska also captured the Big 12 Tournament there in 2000 and 2001 with the little general Van Horn leading the way. The Huskers did it again in 2005 with Mike Anderson as the skipper. By that point, the program had two CWS appearances under its belt, in 2001 and 2002, with a third coming in 2005.

The tide changed dramatically during that magical May of 1999 in Bricktown, a spiffy district near downtown Oklahoma City akin to the Railyard in Lincoln, but with a gorgeous Triple-A ballpark as a staple.

The tide changed because Van Horn, with wily pitching coach Rob Childress riding shotgun, breathed fire into a program that had gone a dozen years without reaching the NCAA Tournament.

Fast forward to Friday, when Nebraska (31-22) faces Connecticut (36-22) in the Oklahoma State Regional at Bricktown Ballpark. I'm guessing Van Horn would appreciate the scrappy nature of this Husker team, and the no-excuses approach of its head coach. Make no mistake, Darin Erstad has squeezed plenty out of a group with not a single All-Big Ten player. But he keeps pressing, prodding, pushing for more.

Three weeks ago, before a critical home series against Arizona State, Erstad said he thought his team had underachieved this season. You were hearing fan grumbling in some quarters. After all, Nebraska was coming off three straight series losses in the Big Ten. An NCAA Tournament bid was far from a lock.

Of course, NU then got a foothold against Arizona State, a game-two win in that series sparking a 7-3 surge to Bricktown — including a 3-2 record and championship game appearance in the Big Ten Tournament.

"I still think we can play better," Erstad said. "There's been spots and moments when guys have done some stuff, but I don't think we've sustained what we're capable of doing through a whole weekend. It'd be kind of fun to do that now."

Especially in a ballpark where Nebraska's program already has such rich history. That history created the sort of expectations that Erstad's had to wrestle with during his eight seasons in charge. But he does so willingly. He seems to put a bear hug around those expectations.

"I guess I have pretty high expectations of what to expect out of the guys," he said. "We have every intention of going down there (to Bricktown) and winning that sucker."

Such an occurrence would be a colossal breakthrough in its own right, considering Nebraska hasn't won a regional since 2005. During Erstad's eight seasons in charge, the Huskers are 1-6 in regional play, including a combined 0-4 in the past two tries, in 2016 and 2017. So, yeah, the game against UConn feels significant in a big-picture sense. With a loss Friday, the naysayers will feel emboldened. Here we go again, they'll say.

Of course, they were poised to say the same thing last week at the Big Ten Tournament, in which the Huskers were 1-6 combined in their previous three trips. Erstad's crew broke down that barrier in impressive fashion. And let's be clear: It would be unfair to minimize NU's run in the league tourney because if the Huskers had gone two-and-out, fans would still be howling.

Now, here's another chance to break down a barrier, with even more on the line. Erstad seems to be genuinely enjoying himself because he clearly likes his team's personality.

"They compete and they're not scared of the moment," he said. "Those are good qualities to have."

"It looks like they thrive in this sort of (postseason) environment," he added. "But we just don't know what's going to happen."

Nobody knew what would happen in late May of 1999, either. Then came a grand surge in Okie City. It was novel and unforgettable. It'll never feel exactly that way again for Husker fans, although anything close would make for one heck of a bash in Bricktown.

Binghamton. That's the last baseball program Nebraska beat in the NCAA Tournament, back in 2014. The game was played in Stillwater, Oklahoma, …

All three of the state's Division I baseball programs — Nebraska, Creighton and Omaha — are in the NCAA Tournament field, and each has an influx of instate talent.

'The boys deserve it:' Husker baseball headed to Oklahoma City for NCAA Tournament

The Nebraska baseball team will visit an old friend to start the NCAA Tournament.

"This team isn't going anywhere," said Nebraska junior outfielder Joe Acker, who had two hits Sunday. "We're going to get back to Lincoln and rest up. We're going to hopefully find out where we're going to go for a regional, and we're going to go win a regional. Right now, it's hard not to think of today's game. But after I get off that bus, I'm going to be focused on what's next for this team."

OMAHA -- Pitching on short rest, Griffan Smith and Andrew Magno didn’t have much left in the tank.

A deep dive into the four teams play in Oklahoma City.

OKLAHOMA CITY — Of all the ways to play a baseball game, Nebraska picked a strange one Friday.

OKLAHOMA CITY — Alex Henwood has had his share of health issues this season, mostly dealing with a shoulder that doesn't like to stay in its socket.

OKLAHOMA CITY — Thanks to a thunderstorm that moved through the Oklahoma City area early Saturday afternoon, the Nebraska baseball team's regi…

Despite fast start, Cowboys come from behind to shock Huskers in NCAA regional

OKLAHOMA CITY — In the rubble of Nebraska's 6-5 loss to Oklahoma State late Saturday night, the Huskers didn't have a lot of answers for what …

It's fun to speculate on Darin Erstad's successor. But perhaps we shouldn't overthink this one. I believe ESPN analyst Kyle Peterson when he says former Husker Will Bolt is ready to lead a Power Five program. I know this: I want to believe Peterson because in pondering Bolt, images of Dave Van Horn dance in my cranium.

“A hell of a competitor with an imagination can be scary,” says Nebraska second-year athletic director Bill Moos, who showed as early as age 10 that he was probably destined for a life in sports.

Nebraska's Nate Fisher will get the start against Connecticut on Friday.