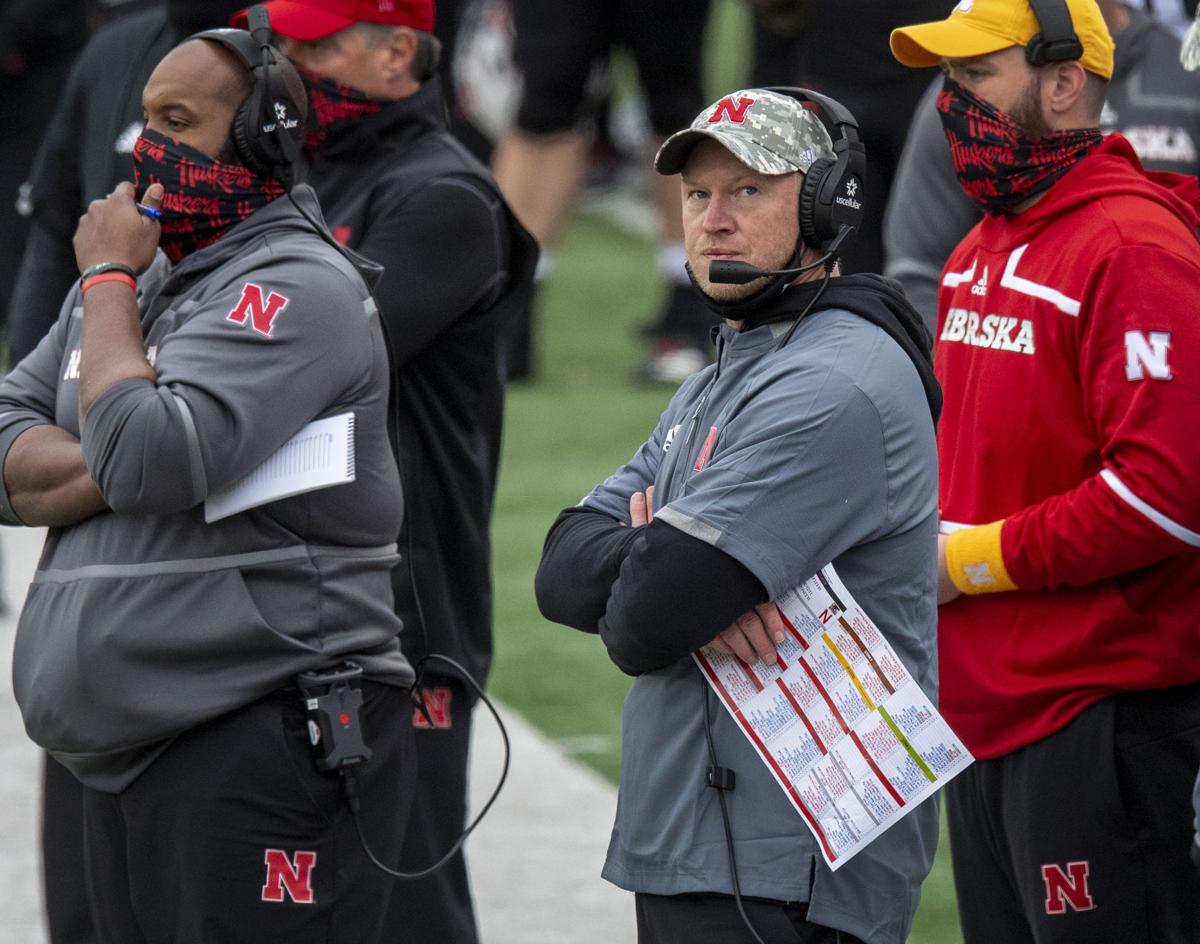 Nebraska coach Scott Frost watches the video board in the North Stadium in the closing moments of the Huskers' 41-23 loss to Illinois on Nov. 21, 2020, at Memorial Stadium. 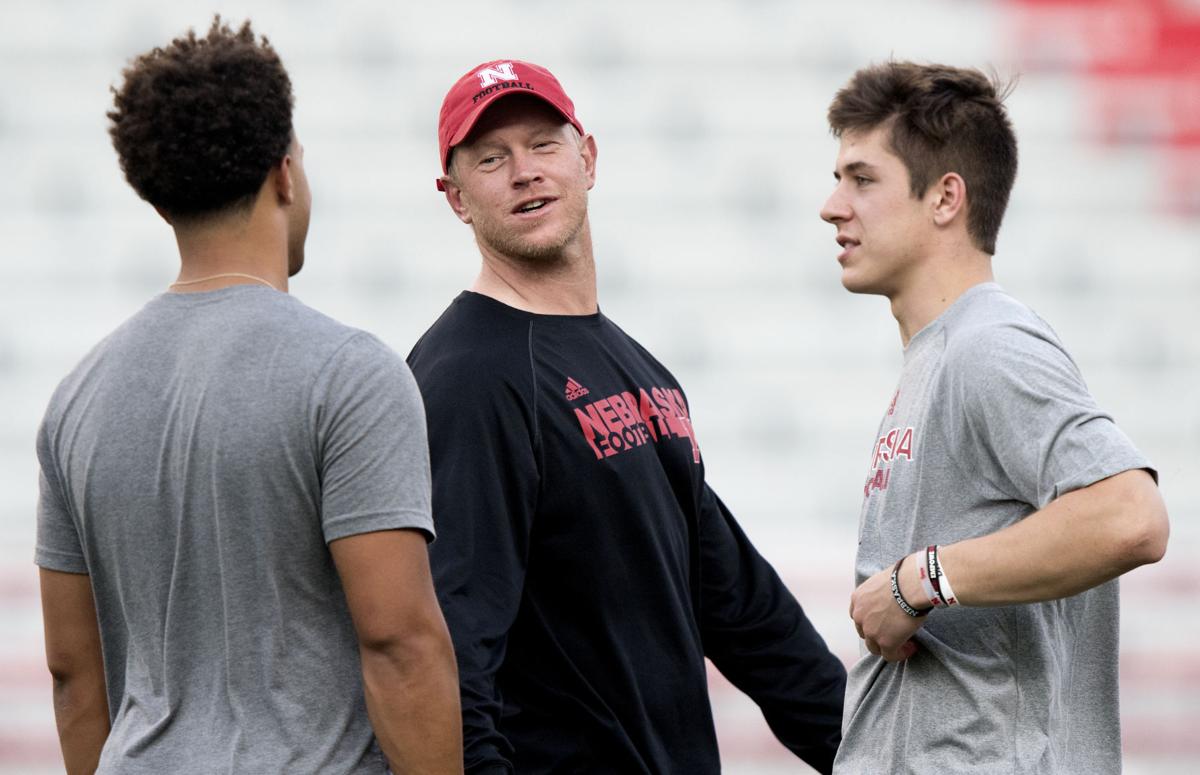 Things I know, and things I think I know (emergency midweek edition):

Well, it seems a lot of people think Nebraska football is in a state of emergency in the wake of another losing season followed by a rash of players jumping into the transfer portal.

If nothing else, it makes for a spirited point-counterpoint discussion.

Steven M. Sipple: Martinez gets a good sign from Frost; and the coach weighs in on 'fishbowl'

"Nebraska football reminds me of the time that Army used to have a highly regarded nationally ranked football program. Btw, two of these players are sons of former NFL players. Their dads know a bad culture when they see one."

Luke McCaffrey and Kade Warner, who entered the portal Tuesday, are sons of NFL legends. Perhaps Rosenfels heard directly from Ed McCaffrey and Kurt Warner that the culture in Nebraska's football program is indeed "bad." You hope Rosenfels didn't simply see the news of the portal entries and jump to conclusions. You can get away with wild speculation easily in this day and age, but it doesn't make it right.

On the other hand, Scott Frost perhaps should be somewhat concerned about at least one statistic that applies to this discussion. Of the 25 scholarship players who have left his program since Dec. 1, 2019, 17 were from the offensive side. The offense is Frost's baby. He spends the majority of his time dealing with that side of the ball.

The most significant hits in terms of talent were Wan'Dale Robinson, JD Spielman, Noah Vedral and McCaffrey. Marcus Fleming flashed potential as a receiver. Maurice Washington also showed potential (read: perimeter speed) before he was dismissed from the team. Katerian Legrone and Andre Hunt also were dismissed.

Interior offensive lineman Boe Wilson started 24 games in his career but fell to the second string early in the 2020 season as a senior and transferred to Western Kentucky for one last go of it.

The others on the list either didn't make much of an impact or weren't around long enough to do so: John Raridon, Jaron Woodyard, Jaylin Bradley, Darien Chase, Jaevon McQuitty, Matthew Anderson and Will Farniok.

I've said it before: I try to consider each case on its own and carefully avoid sweeping generalizations. It seems dangerous to try to accurately assess almost any program's culture unless you're around it at least semi-regularly.

It should be noted that Frost feels the culture in his program is better than it's been at any point since his arrival at NU in late 2017. He's adamant about it.

On the other hand, you can't ignore that the vast majority of players who have left the program recently are on the offensive side of the ball.

Frost, during an appearance last week on the "Sports Nightly" radio program, said programs all over the country have to get used to the volume of players transferring.

"Honestly, that’s kind of the world we’re living in now," he said. "Particularly this year when kids are expecting to become immediately eligible with the one-time transfer exception. That’s just what we’re going to have to deal with.

"Each one of those is different circumstances and different reasons, and we're certainly not alone. There's teams in our league that had really good years and lost nine or 10 guys. Guys all over the country are jumping in the portal. Some of them probably for good reasons and some of them are not. I think a lot of times when you decide to transfer, you think the grass is greener somewhere else and it doesn't turn out to be."

One final point: Nebraska has had seven players enter the transfer portal since the season ended Dec. 18 — the same number as Northwestern, the Big Ten West Division champion. The Wildcats' top two running backs from this past season both entered last month. In addition, receiver Kyric McGowan entered as a graduate transfer after playing four seasons in Evanston, including three as a starter.

Is there a crisis in Pat Fitzgerald's program? Northwestern won the West in 2020, but is it headed for a fall?

Bottom line, Nebraska needs to start winning on Saturdays. That would quell much of the hand-wringing (and hysteria). Much of it; not all of it. Ask Hall-of-Famer Tom Osborne about that.

Meanwhile, I'll try to hold off on snap judgments.

* Jahmile Addae, defensive backs coach at West Virginia the past two seasons, has taken over the same role at the University of Georgia. That may not mean a lot to Nebraska fans unless they know Husker secondary coach Travis Fisher was squarely on Bulldog head coach Kirby Smart's radar.

The longer Fisher is at Nebraska, the better for Frost and his program. A native of Tallahassee, Florida, Fisher has helped develop Cam Taylor-Britt into one of the Big Ten's best corners. Fisher started at corner in the NFL for seven seasons. Taylor-Britt's decision to stay around for another season was a wise move.

All three could wind up in the NFL, their chances enhanced by Fisher's coaching.

The parallels between Tennessee and Nebraska's downturns are an interesting study. And here's another: New Vols athletic director Danny White hired both Heupel and Frost while at UCF.

Heupel will encounter a fan base with lofty expectations even though the program has been trapped in an awful cycle for years. He was an underwhelming hire. But at this point, top-shelf coaches aren't exactly crawling to Knoxville.

There's probably a lesson in there somewhere.

Nebraska coach Scott Frost disagrees with the popular fan narrative that his offense trails the Husker defense by a wide margin.

Kade Warner, who began his Husker career as a walk-on before earning a scholarship and captaincy, joins Will Farniok on the way out of Lincoln.

Will Shields was one of five people named to the 13-person CFP selection committee, members announced Tuesday.

It is unclear exactly how formal the talks have been or if Matt Lubick has interviewed in person or remotely.

There are more than 1,500 players currently in the transfer portal — and the train shows no signs of slowing. We assess 24 Husker cases individually.

Red Report: Will NU add a QB? Plus, Frost won't spend 'one second' worried about transfers; Huskers on the mend

One highlight from Scott Frost's radio appearance was his thoughts on the QB room. Will the Huskers be active in the transfer portal?

Scott and Ashley Frost pledged to match up to $125,000 in donations to Teammates Mentoring on Thursday.

Steven M. Sipple, Parker Gabriel and Chris Basnett send you into the weekend with the a fresh episode of the Husker Extra podcast.

Burton, a first-team Super-Stater, is the third walk-on for the Knights' program for the 2021 recruiting class.

As 2022 recruiting class steps to forefront, uncertainty remains ahead of potential spring blitz

On Wednesday, the 2021 recruiting cycle will hit essentially the end of the road. And if you thought this one was weird, wait until next year.

Recently, Nebraska football has been on a mini run of adding verbal pledges from Lincoln standouts. Next up: Grant Buda from Southwest.

The last thing NU coach Scott Frost needs is for the best unit on the team to become overconfident as winter conditioning ramps up.

Let’s kick off the week with a drive with some recruiting talk.

Nebraska coach Scott Frost watches the video board in the North Stadium in the closing moments of the Huskers' 41-23 loss to Illinois on Nov. 21, 2020, at Memorial Stadium.