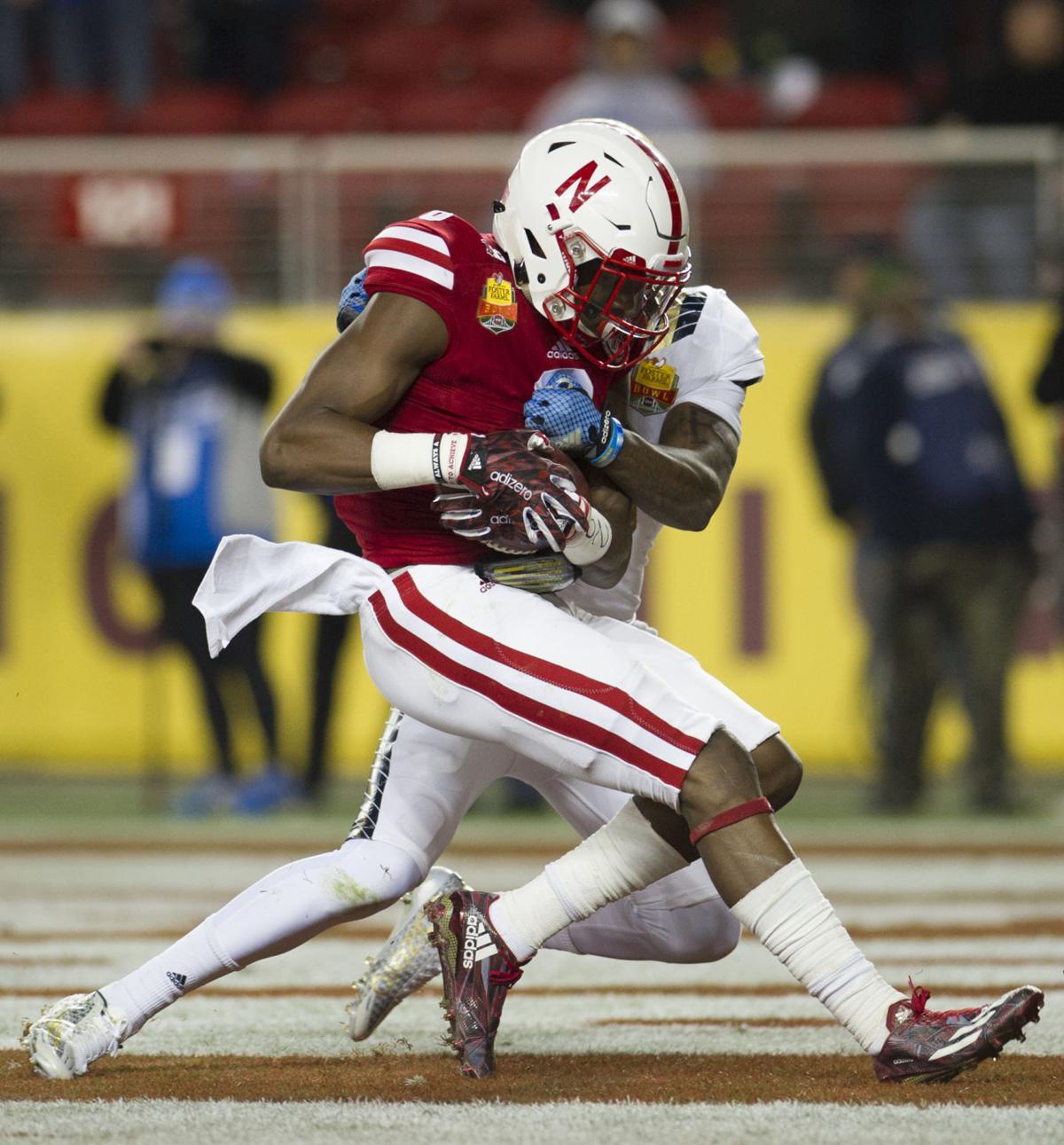 Like Nebraska's defense, Chris Jones came on strong late in the 2015 season, which included an interception against UCLA in the Foster Farms Bowl. 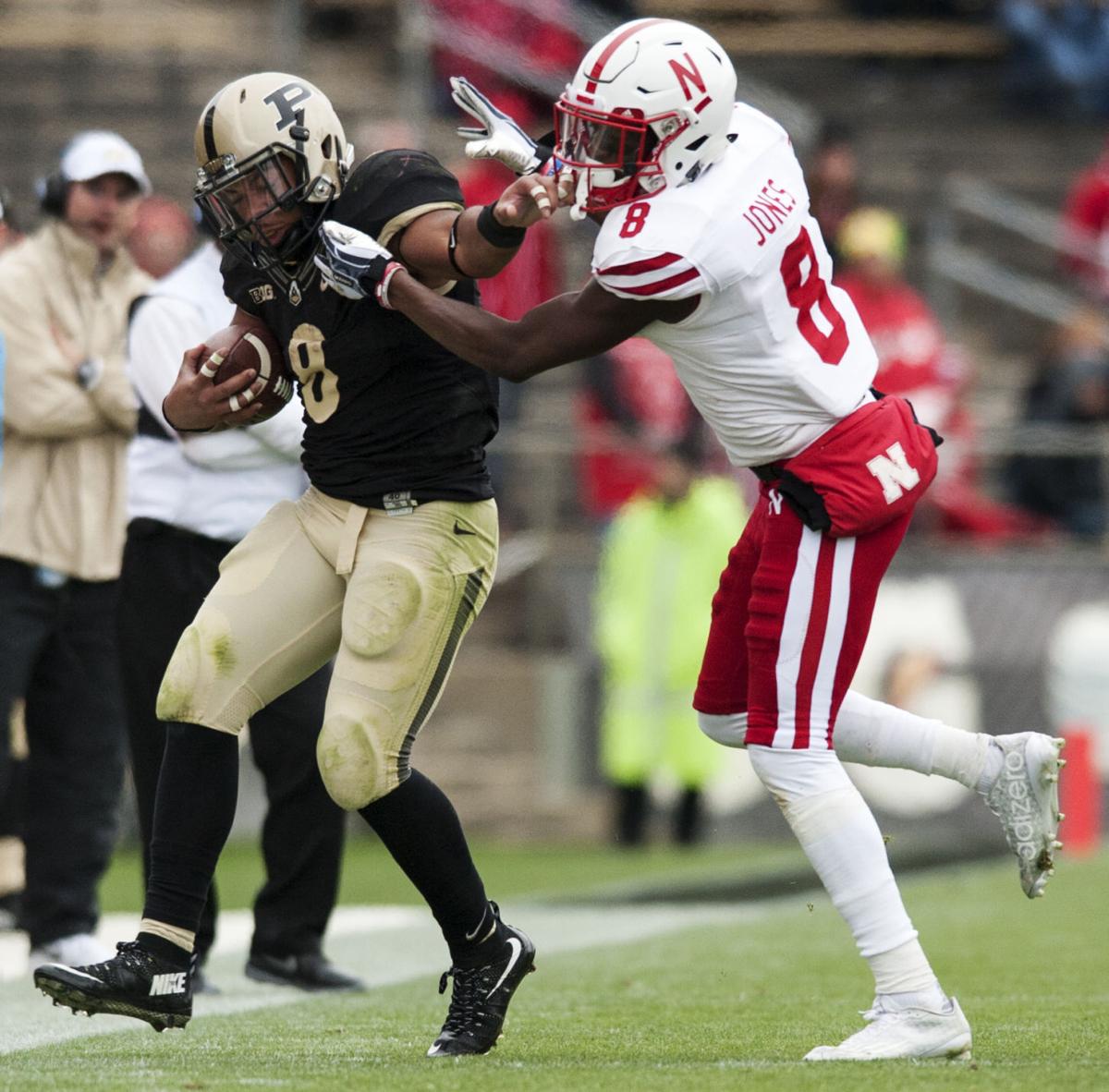 A fleet and fluid cornerback, he's a projected starter for Nebraska this season. Nothing is holding him back. He's fully recovered from an infection in his thigh that sidelined him for the last two weeks of spring practice.

"The way I took it, God wasn't ready for everybody to see what I was capable of yet," he said last week.

Nebraska football fans have an idea of Jones' talent level. After being slowed by a meniscus tear last August, he was playing a key role by the third week and wound up starting seven games.

"God was just tuning me up," he said.

Is there a motto?

Bottom line, you have to appreciate Jones' confidence. His situation demands it. After all, his position on defense often puts him on an island, in wide-open spaces, against fast and talented receivers. Bring it on. That's right, Lockdown U.

That's Jones' attitude even after Nebraska's secondary faltered badly throughout much of last season as it struggled to adjust to a new coaching staff's system.

The Huskers, though, won three of their last four games. The defense improved. And the thing is, Jones knew much earlier in the season, as early as the September loss at Miami, that he could make plays. He made one late in the game against the Hurricanes, helping set up overtime.

Tough times either make or break a person, Jones said. So, he keeps pushing.

A native of Jacksonville, Florida, Jones said his three main goals this summer were to get faster, stronger and heavier, and he checked off every box.

That's up 10 pounds from last season. Even so, he still breaks on the ball quickly. He turns and sprints with the ease one would expect from a starting corner for a Power Five program that is considered a leading contender in the race for first place in the Big Ten West Division.

Nebraska likely won't win that race if it finishes 122nd nationally in pass defense, as was the case last season. If the Huskers again falter to that degree, I'm guessing it will be due to something other than a lackluster secondary. In fact, NU's entire back seven has ample talent.

But will there be a consistent pass rush? That's the foremost question.

This much is certain: Nebraska has two confident, athletic and rangy corners. Both have NFL-level talent.

"Me and (Joshua) Kalu have the ability to do great things for the secondary," Jones said.

Although they have obvious similarities, there is at least one difference.

"I feel that I'm serious and he's goofy sometimes," Jones said of their on-field demeanor. "I don't crack a smile a lot of the time. I don't joke around a lot. When it comes to practice and play time, I'm serious.

"I mean, we have fun with it. But at the same time, I just feel I'm more serious sometimes."

Jones expresses trust in Brian Stewart, who is coaching only the corners this season after handling the entire secondary last year. Jones seems to like that alteration, saying it could be particularly important for the freshman corners, because Stewart can spend more time with them.

Look for at least one of those rookies, Lamar Jackson, to play immediately in the secondary — that is, if he picks up the mental aspects of the game quickly enough. You don't have to be Monte Kiffin to see that the 6-foot-3, 195-pound Jackson is physically ready for prime time.

August, however, can be a rude awakening for first-year players, many of whom aren't used to the higher level of competition, increased intensity and overall physical nature of preseason drills.

Jones was reminded of last August, when Nebraska's secondary continually was burned on deep routes by Husker receivers.

Jones said fatigue too often got the best of defenders.

His confidence is refreshing, and necessary, at his position.

This season, he said, everybody will fully see what God has in mind for him.

Brian Stewart wasn't too interested in giving some broad evaluation of how his Husker corners have performed so far.

They have heard the coach's mantra and now repeat it themselves often. Get 2 percent better every day. That's what John Parrella has told his …

Mike Riley seems to be a stickler for details. Since I don't work for him, I can't say that for certain. But I give him the benefit of the doubt.

Steven M. Sipple: A Husker dad thinks he knows what Sam would want from team

Paul Reilly is brash and opinionated, which always makes for a fun breakfast — even if there is a tinge of sadness on this particular morning.

Aaron Williams is doubling down on his football homework.

Not easy to play as a Husker true frosh, but possible with right ingredients

You're at the top of the food chain. Your phone is getting blown up with calls from college coaches. Stories are actually getting written abou…

Josh Banderas can tell you the importance of perseverance.

The last we saw of Nate Gerry, we didn’t.

Mike Riley flashes a big grin — even bigger than usual — when approached with the subject at hand.

Like Nebraska's defense, Chris Jones came on strong late in the 2015 season, which included an interception against UCLA in the Foster Farms Bowl. 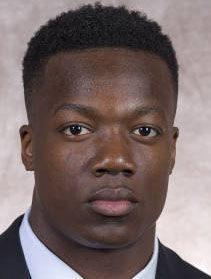