25-year-old semi driver dies in I-80 crash with another semi near Air Park exit; weather a factor

Steven M. Sipple: Like Osborne did at NU, Meyer creates unique culture at OSU
View Comments
Share this
{{featured_button_text}}
1 of 2 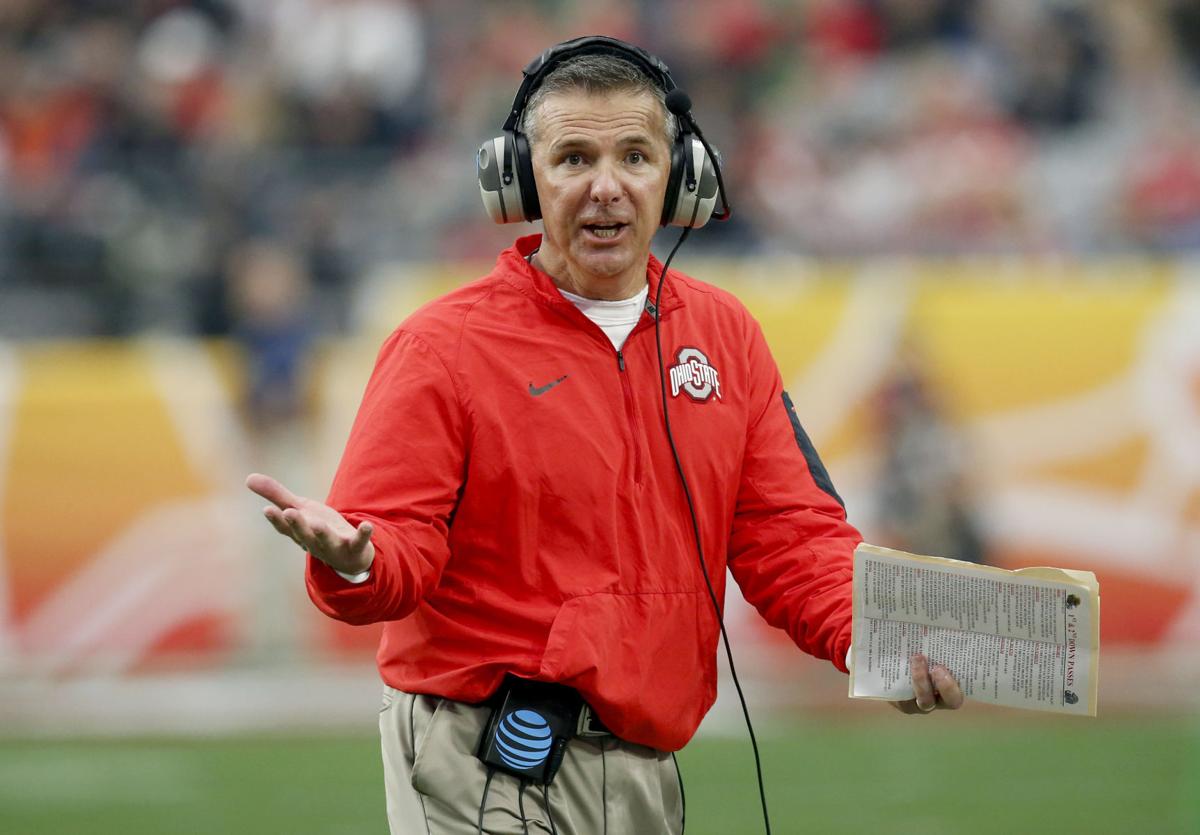 Ohio State coach Urban Meyer makes a call during the first half of the Fiesta Bowl against Notre Dame, Friday, Jan. 1, 2016, in Glendale, Ariz. 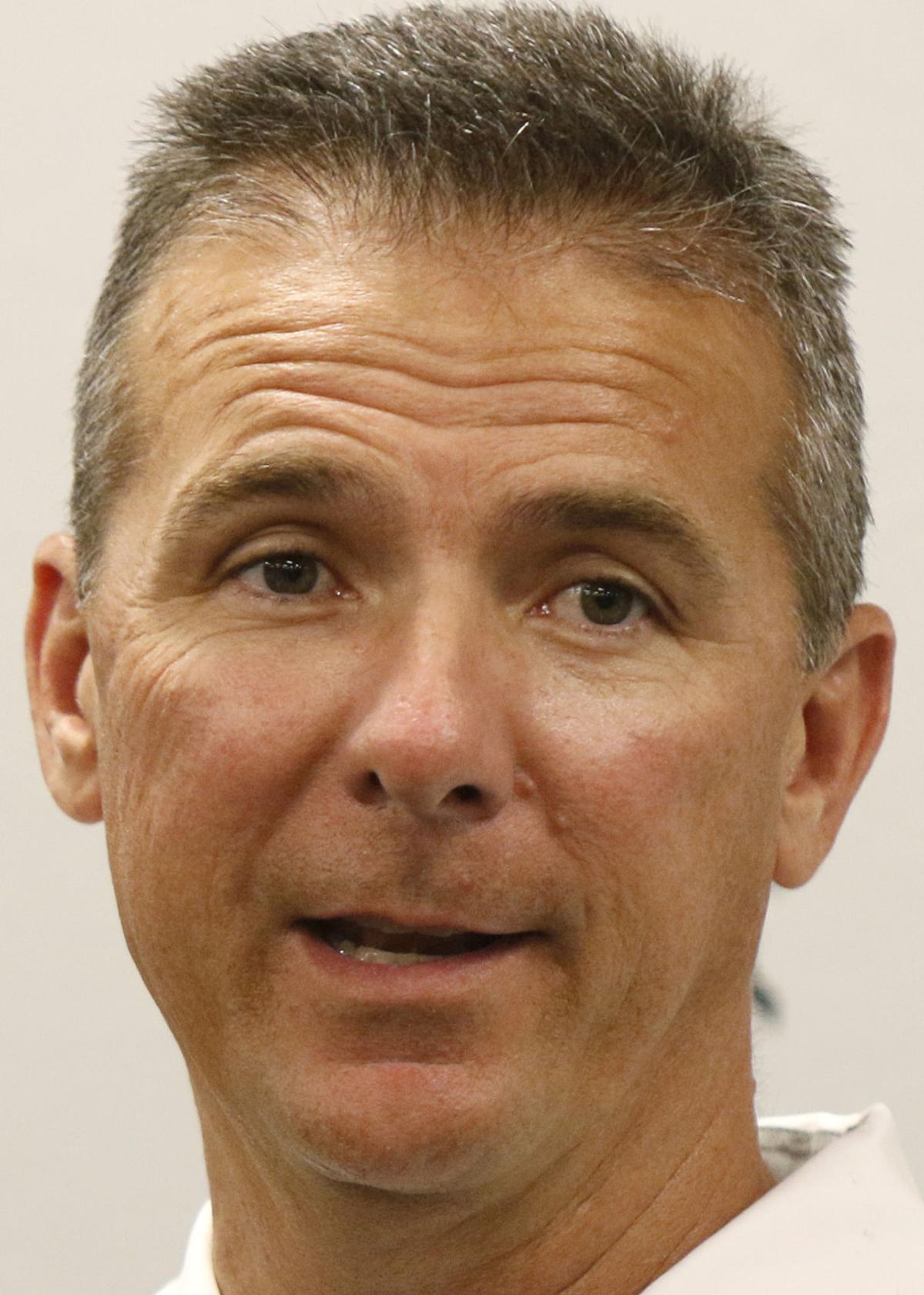 Ohio State's resounding success in football with Urban Meyer as head coach can be attributed to a variety of factors.

He cites a couple in particular: a unique culture and lack of roster attrition.

Yes, Ohio State loses players to the NFL. A lot of them. But you seldom see a rash of transfers or players booted from the team.

"So I watch that very closely."

If I seem fixated on Ohio State of late, it's because the Buckeyes are 50-4 in four seasons under Meyer, including 31-1 in regular-season conference play. His program has approached a level of dominance that Nebraska experienced during Tom Osborne's last five seasons as head coach, when the Huskers went 60-3 and won three national championships.

Nebraska's program had a culture that was defined by much more than winning. Osborne played the lead role in creating that culture, helped greatly by what he learned as an assistant under Bob Devaney, the Huskers' head coach from 1962-72.

After Devaney named Osborne as his successor, Devaney served as athletic director during most of Osborne's tenure (1973-97). Osborne often has expressed gratitude for the support he received from Devaney, especially in Osborne's early years in charge, when he couldn't beat Oklahoma.

"Probably what I've learned along my journey is don't try to force people into a culture that don't fit," Meyer said. "We've walked away from great players. It's not worth our headache. I'm more cautious than I've ever been."

Because of Ohio State's talent-rich recruiting area, and his success, Meyer obviously can afford to be more cautious in selecting players than many head coaches. Which brings us to his strong opinion regarding an early national signing period. He loathes the idea.

"I wish (recruits) weren't allowed to take campus visits until their senior year, so you could watch them more and know more about what you're getting," he said. "I don't want to recruit sophomores. I don't want to have kids on official visits before their senior year. That's nonsense. When I hear our coaches or some people say they want that, I'm like, 'Why? Do you want to make more mistakes in recruiting?'

"How can you offer and sign a kid you've never even had on campus?"

"You make 10 mistakes in recruiting and you're done," Meyer said. "You're just done."

It hasn't happened at Ohio State.

As for recent dominance, "A lot of it goes to our athletic director," Meyer said. "He gives us the tools to be successful year in and year out. If I go to him and say, 'We need this to stay competitive,' it happens. You want to get stuck in a tough situation? Deal with an athletic director who says, 'I don't agree with you on that.' That's not happened one time since I've been with Gene Smith."

Meanwhile, it's become clear Nebraska coach Mike Riley gets that type of support from Shawn Eichorst. They're on the same page. Nebraska fans should regard that as a leading reason for hope that the program can return to elite status.

Nebraska allowed 27.8 points per game last season to rank 75th nationally. A truckload of departures from the line left Parrella with a group that has a combined nine career starts.

Granted, Nebraska ranked ninth nationally in rushing defense. But that figure is misleading, as only two teams on the schedule finished among the nation's top 50 in rushing offense — Northwestern (42nd) and Iowa (49th). And those two teams combined to average 5.5 yards per carry against NU.

No wonder Parrella has said recently that his line needs to be "great" immediately. No excuses, he says. You have to like that attitude.

* Partly personal: Bob McDowell, 80, a good friend and retired owner of A-1 Pawn Shop in Lincoln, recently was named president of the council of officers at his 100-unit living complex. A magnanimous and friendly sort, I trust he'll serve the fine folks well.

And, yes, Bob, the colorful clown painting you sold me years ago still hangs in my office. It'll be there as long as I am.

CHICAGO — I wonder if Big Ten commissioner Jim Delany counts his blessings at night, thankful to have Jim Harbaugh and Urban Meyer in the conf…

CHICAGO — You obviously hear plenty of coach-speak during Big Ten Media Days. It comes at you in waves.

CHICAGO — You hear it said about some football coaches.

After the sorrow-filled week that surrounded Husker football, one that ended with teammates attending the funeral of one of their leaders, Sam…

Steven M. Sipple: A Husker dad thinks he knows what Sam would want from team

Paul Reilly is brash and opinionated, which always makes for a fun breakfast — even if there is a tinge of sadness on this particular morning.

Mike Riley seems to be a stickler for details. Since I don't work for him, I can't say that for certain. But I give him the benefit of the doubt.

Ohio State coach Urban Meyer makes a call during the first half of the Fiesta Bowl against Notre Dame, Friday, Jan. 1, 2016, in Glendale, Ariz. 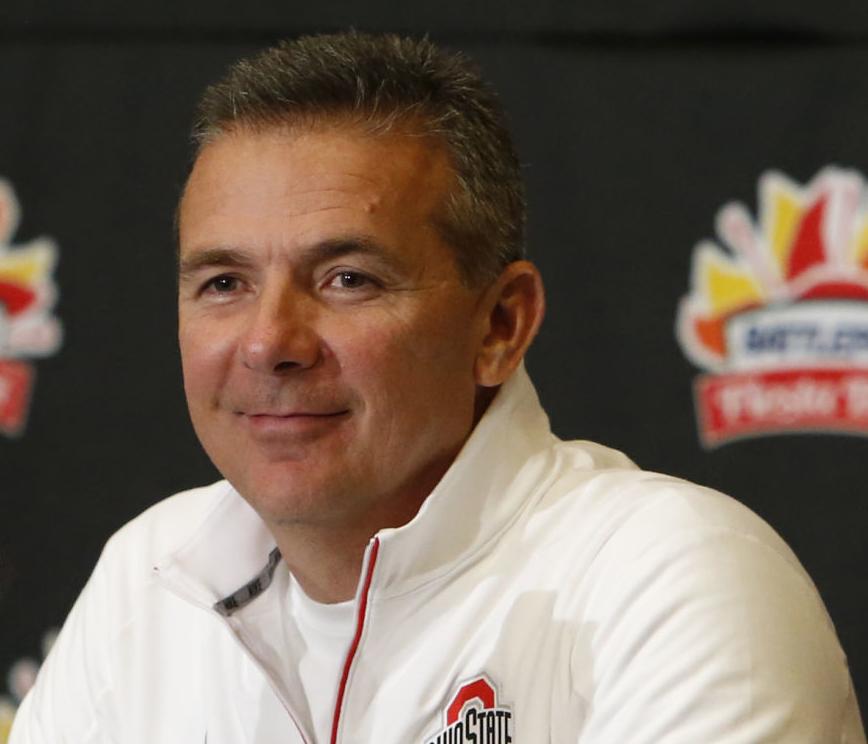