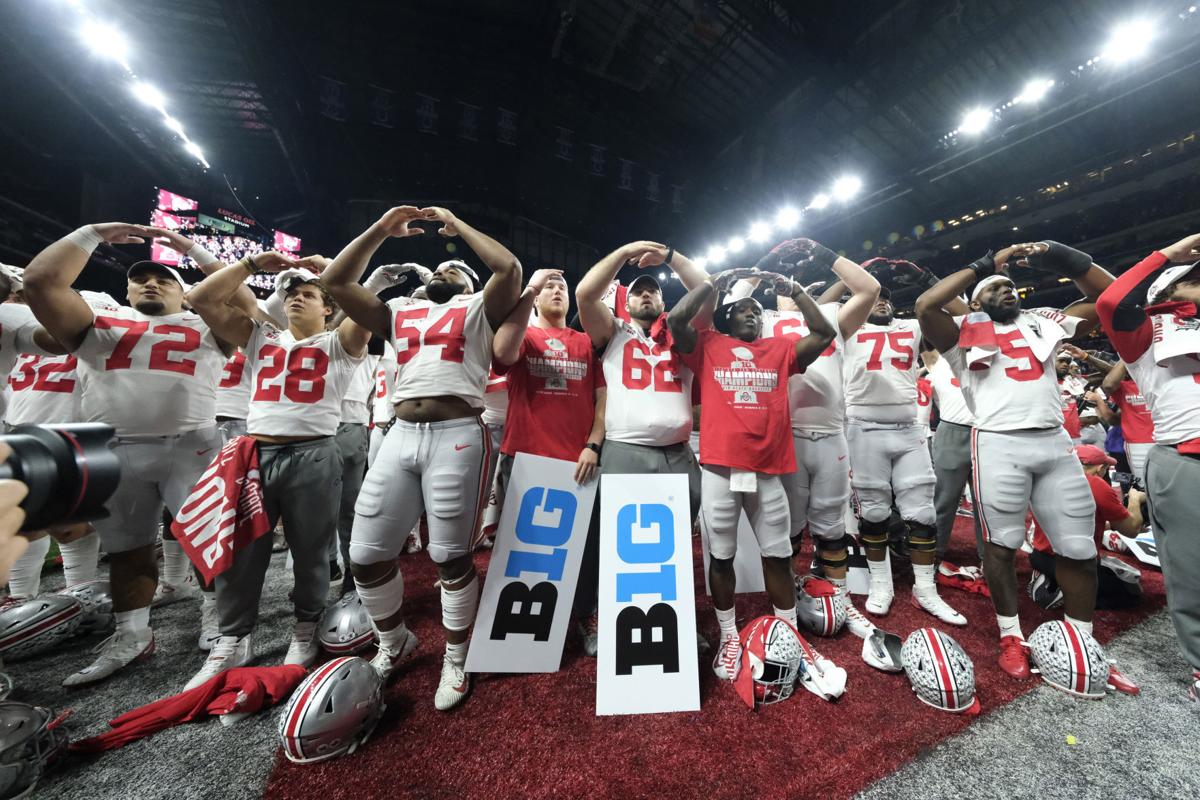 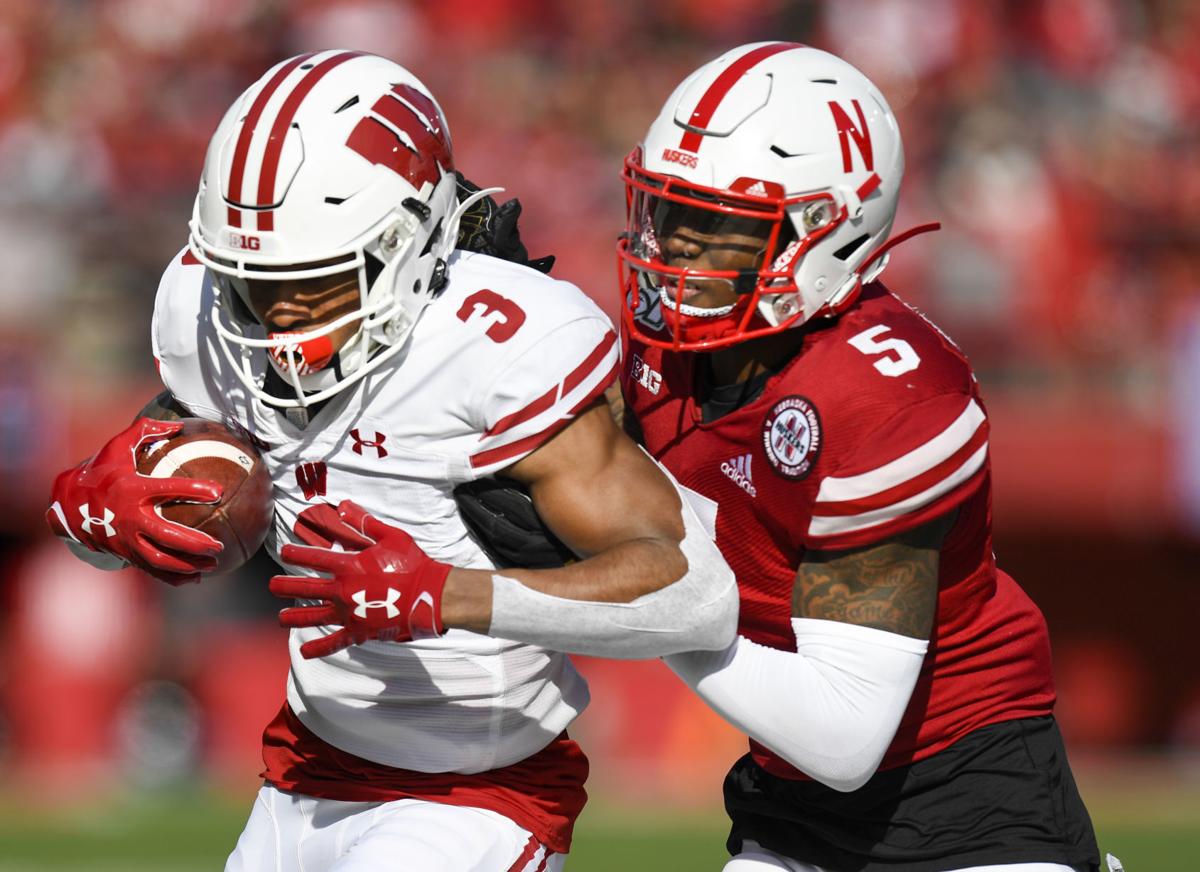 Granted, the discussion may be a tad uncomfortable if you're a program that happens to have Ohio State on the schedule.

I mean, Urban Meyer's analysis of his former team Saturday during Fox's pregame show surely elicited double-takes all over the college landscape.

Moos on the radio: Big challenge to get logistics sorted out; Huskers, Iowa want to play Black Friday

Did he really say Ohio State's offense has 11 NFL-caliber players?

Wonder if Nebraska defensive coordinator Erik Chinander heard Meyer say that. You've probably heard that NU plays its season-opener Oct. 24 at the Horseshoe. The Buckeyes battered the Huskers 48-7 last season in Lincoln. Second-year OSU coach Ryan Day pushed hard for a 2020 season to be played in part because he may never again have a quarterback as talented as Justin Fields.

Day guided Ohio State to the College Football Playoff last season and feels the Buckeyes have the level of talent to win it all in 2020. He leads a program that's clicking on all cylinders. To wit: It has a record of 63-4 in Big Ten play the past eight seasons. That's ridiculous. That's a program.

I'm 54. In my lifetime, it seems like Ohio State always has been a team of tough and talented hombres. It's a program.

Meanwhile, Penn State is 42-11 over the past four years under coach James Franklin. Yes, it's a fully developed program under Franklin, who also pushed hard for the Big Ten to play this fall.

Wisconsin has won at least 10 games in four of coach Paul Chryst's five seasons. I don't have to remind you of how Barry Alvarez went about building that program into one of the most recognizable brands in sports.

We mention those teams for the obvious reason that they are three of the first four on Nebraska's upcoming schedule. It isn't whining to say NU drew the toughest first four games of any Big Ten team. It's just a fact.

It's also fact to say Nebraska athletic director Bill Moos will take into consideration the daunting nature of the schedule as he assesses Frost's program at season's end.

"He's got to build a program here," Moos told the Journal Star in June. "How do you judge a coach? By his record? Yeah, after his program's been established, and we're not established. We're taking really good strides. We're moving on solid footing with each stride.

"You judge Scott Frost in five years, not three."

Frost's players surely don't want to hear such talk. They're interested in what's right in front of them. The media will get opportunities to interview Husker players next week. I'm guessing they'll say they're extremely excited about the schedule and its challenges. Getting to face heavyweights is one big reason players come to Nebraska.

Season back on the table, Wan'Dale Robinson says Huskers are ready to throw on the pads

It doesn't get much heavier than Ohio State. Ah, but the Buckeyes have imperfections. There's a little uncertainty in the secondary, for instance. But not too much of it.

"The biggest news Ohio State's had in probably five months is Shaun Wade said 'I'm coming back and playing,'" Meyer said of the standout corner who opted back into the college game after declaring for the NFL Draft.

Wade's return gives a couple of less-experienced corners a smoother runway to grow up, Meyer said.

Ohio State returns only three starters on defense, but seven on offense. The Buckeyes may have to win a shootout or two to have the sort of season they expect. This is where you go back to the program discussion. Their system on offense hasn't changed since Meyer was head coach. They're a finely tuned McLaren, a joy to watch, unless you're an opponent.

Along those lines, co-defensive coordinator Kerry Coombs returns to Ohio State after two seasons in the NFL. He helped put together the defensive system.

"No worry whatsoever," Meyer said of the loss of former defensive coordinator Jeff Halfley. "What you do worry about is Nick Bosa, Joey Bosa and Chase Young aren't there. (Defensive end) is the Cadillac position at Ohio State. Who's the defensive end that's going to change the game for you? That's the one position to watch."

Penn State may be stronger up front on defense than Ohio State. In fact, PSU could be every bit as tough a matchup for Nebraska as Ohio State because the Nittany Lions are an absolute terror running the ball, and the Huskers allowed an unsightly 5.7 yards per carry in Big Ten play last season.

As for Wisconsin, its defense may be the strength, especially if it finds a couple of linebackers who approach the production of departed Zack Baun and Chris Orr.

If the Badgers have a couple of guys step up in those roles, "They would have a chance to have a hellacious defense," Jeff Potrykus of the Milwaukee Journal Sentinel said last week on "Early Break" (93.7 FM).

They're awfully strong across the defensive line, he said, and return nearly 10 players in the secondary who have starting experience.

"Offensively, Jack Coan really came into his own last season," Potrykus said of the senior quarterback. "They're not going to have Jonathan Taylor at tailback, but they're going to have some guys who can play, by committee."

The 6-foot-3, 220-pound Coan is a big question in my mind because he lacks the arm strength to make difficult throws down field. Plus, his best downfield threat last season, Quintez Cephus, now plays for the Detroit Lions.

That D-line group helped the Huskers to an 11-0-1 record that season and the first of Nebraska’s five national championships.

When Big Ten football does return ... 10 Huskers who have fans buzzing

These 10 Huskers are likely to have the Husker faithful buzzing when they throw on the pads again.

Husker games on the radio served as a lifeline for fans, learning experience for broadcasters

Jacobsen now has what must be one of the biggest NU football audio collections in existence.

Driving for 6: Football on the mind (and schedule); Fidone's hot start; one bit of schedule normalcy

We can get back to wondering about football-specific questions — Matt Lubick and his fleet of intriguing offensive pieces chief among them.

Rondale Moore changes mind, decides he wants to play for Boilermakers this season

Nebraska is scheduled to play Dec. 5 at Purdue — a matchup that may have just gotten more difficult with the latest news from West Lafayette.

The stage is set for a bowl free-for-all following NCAA Division I Football Oversight Committee's recommendation. Here's what that means.

Frost on radio: Schedule brings a sense of normal for Huskers, but plenty of questions remain

It's been a whirlwind of emotions for Scott Frost lately. He takes to the radio to talk revamped practices, Big Ten's protocol and more.

If you have to ask why Frost must proceed intelligently in coming weeks, you're unfamiliar with the first four games on NU's schedule.